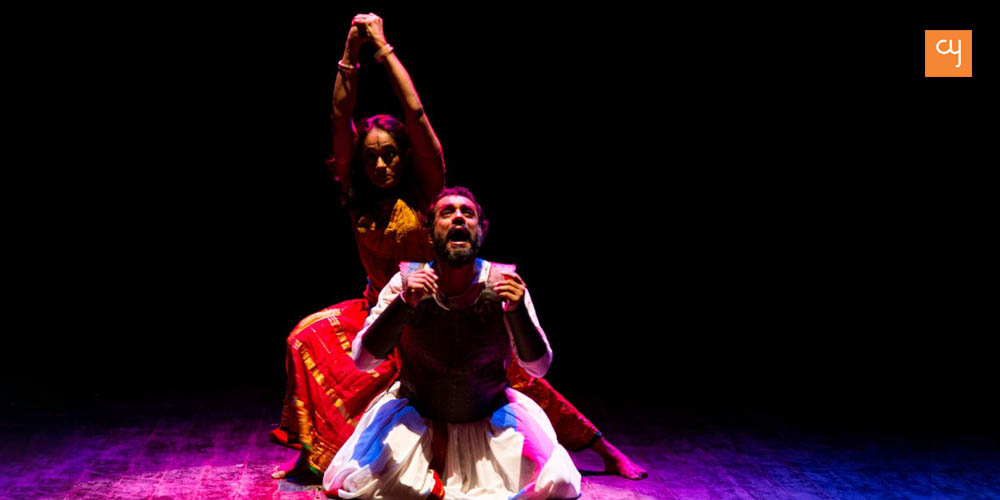 The solo performance Dwija by V Balakrishnan, Chennai-based Theatre Nisha’s artistic director and actor last Thursday (Day Four) in Natarani’s theatre festival stood out as a vigorous one enumerating and analyzing episodes from Guru Drona’s life and work beginning with his birth till the tragic end on the battlefield of Kurukshetra. Having put him on a pedestal as a guru and a warrior of an epic saga, we tend to forget him as a human being who had his share of humiliation, struggle and anguish. The narrative that comes across through a solo in the first person reminds us of these aspects of his life and moves us. 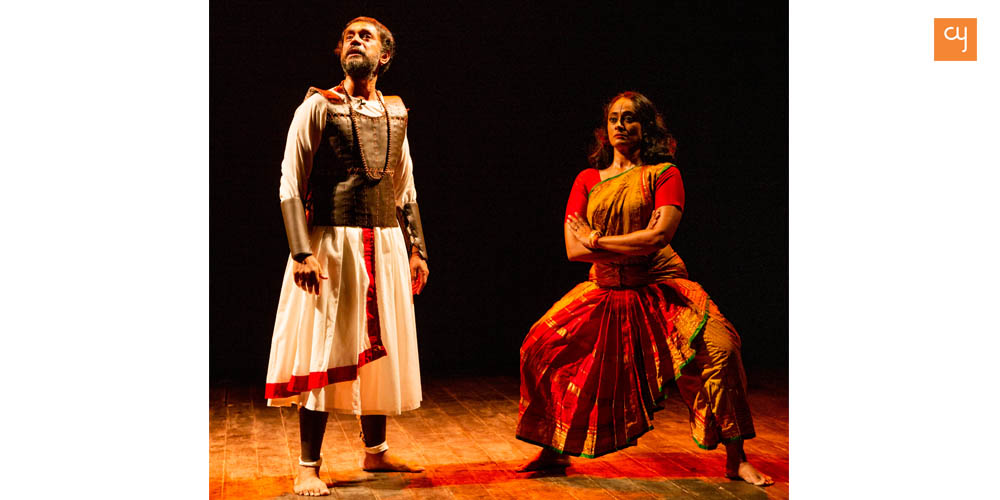 Silently swallowing humiliation at the portals of King Drupad, who did not remember their childhood friendship, let alone his promise of help when needed, armed with Parshuram’s gift of weapons and impeccable knowledge Drona, struggling in poverty, becomes a teacher of princes, amongst whom Arjun turns out to be the most gifted. He defends not accepting Ekalavya as his pupil and dismisses his skill with the arrows as ordinary saying the fine art of archery is ‘not hitting the bull’s eye’. To teach him ‘would have been a grievous fault.’

Admitting that Draupadi is ‘a woman betrayed’, he asserts ‘silence is no cowardice’. His exhortation ‘to make peace’ goes unheeded. Not in a mood to give away ‘a needle’s space of territory’ to the Pandavas, Duryodhana makes Drona commander-in-chief. In the ferocious battle, he suggests keeping Arjun away, even by deceit. He ‘cannot surpass’ the best archer in the world, the guru admits. Slaying many he is about to capture Yudhishthira alive, when Arjun intervenes and saves him. Drona could not save Abhimanyu, his son, who ‘fell like an elephant.’ It was ‘the death of a hero’. He won’t lay down arms. ‘It’s no sin to kill in a battle,’ he asserts. The code of conduct is violated by the ‘enemy’, as also by him. He does not forget till the last that ‘refused a cup of milk, he became a teacher’, ‘lost the three worlds and beyond.’ 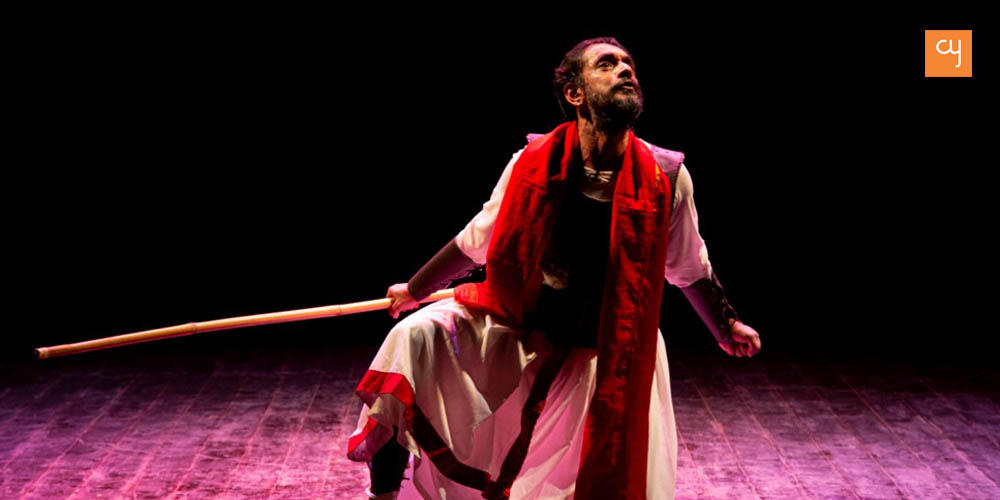 Tall and elegant, his eyes keen, V Balakrishna in white from tip to toe and an armour-like golden jacket, portrays Drona with arresting action and strong words of the script. From a poor Brahmin, he became a teacher and fought valiantly like a Kshatriya. That seems to have given the title Dwija (twice-born) to the dramatic solo. He emerges as a human being during the performance, a dignified one but forced to make a choice early in life that shapes him later as a guru and a warrior both of a rare kind. Bala is gifted with a vigorous voice and trained to be able to move about with ease, grace and expressiveness. 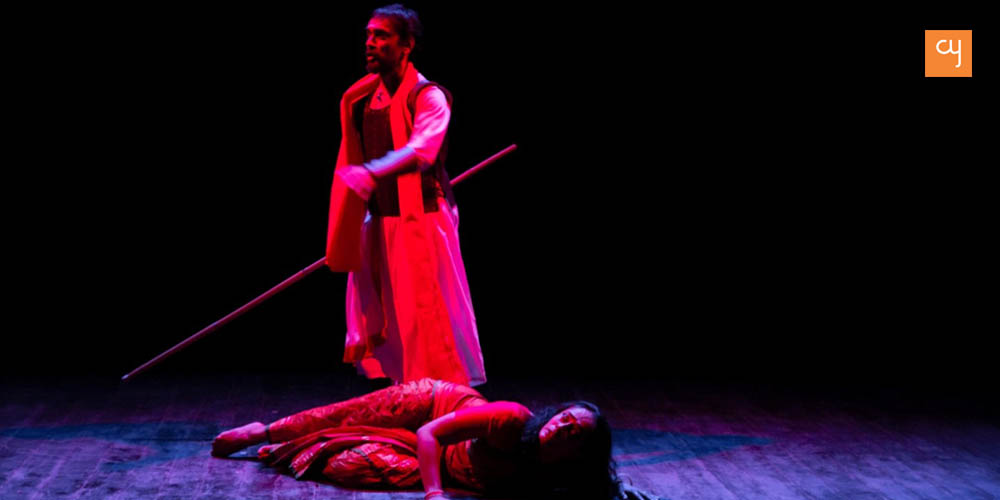 The vocalist seated on the right of the stage with only one momentary break keeps rendering alaaps softly – creating a sense of a distant time and unobtrusively putting emotion into the fast-changing action. The dancer, slender and expressive, slips in from time to time and with a lyrical touch portrays a character now, now a mood. The actor’s vachika predominates in the seventy-minute performance and there are times when one feels the voice could have sought variations to underline emotions and to get the verbal performance better received.  The alaaps and dance, to an extent, soften the impact of a torrent of words.