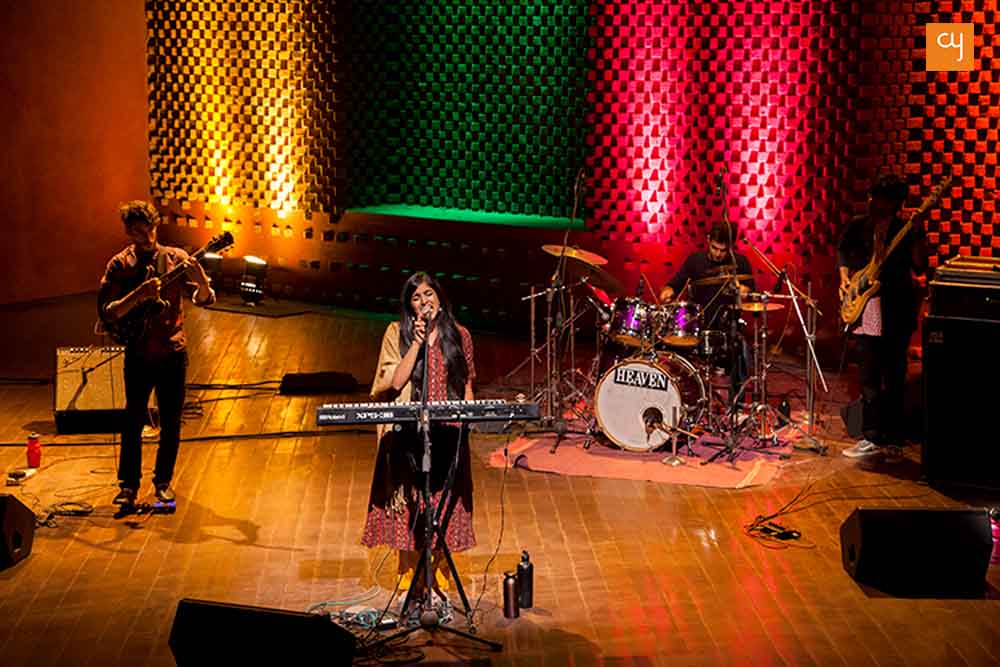 On Day Two of the Vikram Sarabhai International Art Festival at Natarani last Saturday, when I went to my seat I fondly carried with me Aditi Ramesh’s stirring visual and audible images. The flowing voice of the young woman clad in the green of the earth, her lyrically slow gait adding to her mystical dignity, magically created in Mother River the nostalgia of a legendary existence of a performing artist – she would have been 100 this year – on the west side of the Sabarmati.

The girlish singer in a plain kurti-pajama that walked in and stood at the keyboard that chilly evening at the Festival looking a tad nervous was a different avatar of Aditi. Only when she started singing, with numbers from her EP Autocorrect, did one realize that the programme was Aditi Ramesh Ensemble in the genre of jazz music. And when gradually she did more numbers in Hindi and English, Carnatic music and her own songs included, her band’s distinctiveness unfolded. Two guitarists and the drummer, all proficient with their instruments, had after the first number slipped in and joined. 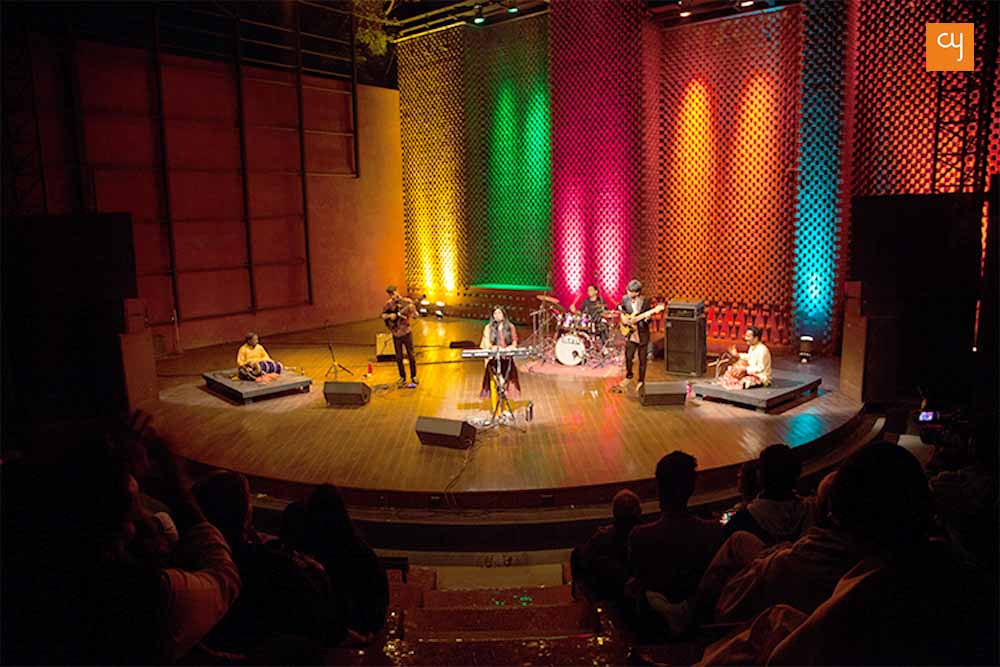 The new avatar of Aditi Ramesh has features that fascinate and turn young Indian Jazz lovers crazy. Versatility of the controlled singing voice of the Bangalore-based lawyer by profession is the most strikingly appealing factor. With seeming effortlessness it moves from bass to soprano and from pop to classical and back to pop. Elements of rap creep in to the delight of the listeners. Guttural, rolling and bilabial musical sounds abound. A full-throated singing bordering on screaming but retrieved by rhythmic intensity is no rarity. Her vocal chords with amazing flexibility help her feel at home combining Carnatic music and jazz.

Yet another agreeable aspect of the band is that none of the instrumentalists get crazily loud nor does their body language get frenzied as is often noticed in such sessions. They remain in a low key even while they play solo. Together they blend and are in harmony. It needs to be noted at the same time that when the skilled vocalist Aditi renders numbers, their words do not always come across clearly. Her strength is the range and depth of her voice, which without any instrumental sound drips sweetness and a mood, and lingers in memory. 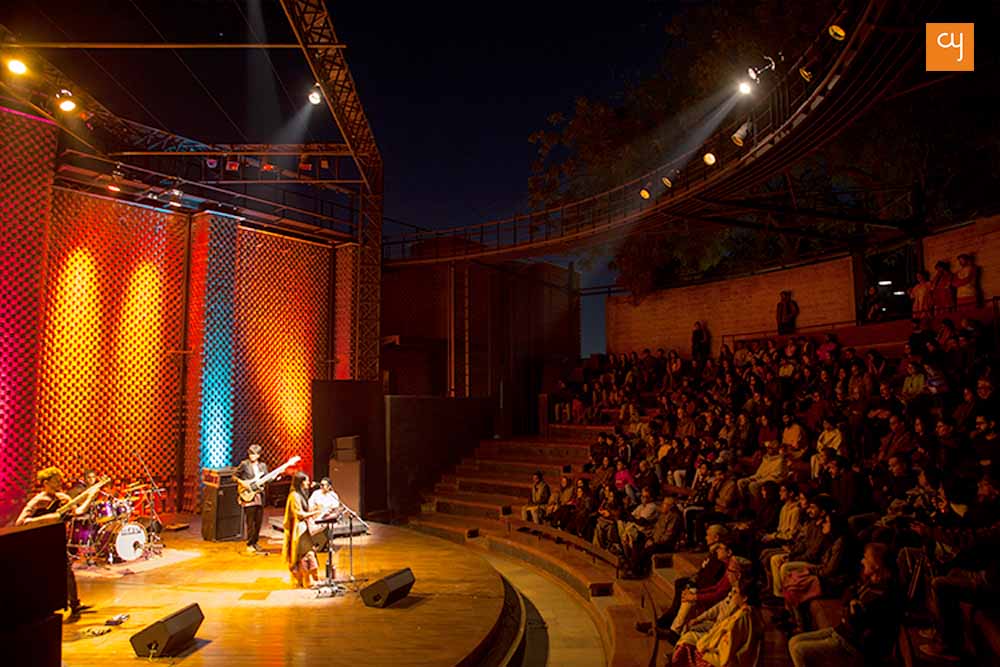 The segment of the performance that had the listeners sway and cheer it heartily was the one when T Palanivelu with the Pakhwaj and Manikandhan with the Ghatam came to the space reserved for them on either side midway. The tempo built up and gradually picked up momentum. The divergence and the blending of the two traditions exhilaratingly get felt. Though anchored by a sense of rhythm within one has ‘extrovertish’ shades, so to say. And, even with the visible physical manifestation to it in presentation, the other has predominantly ruminating/meditative traits. The binding thread was humility in solos, jugalbandi as also when all six performed together. A mood of understanding the other or others and complementing them created cherished moments for the rasikas.