Clowns present Shakuntalam with a twist 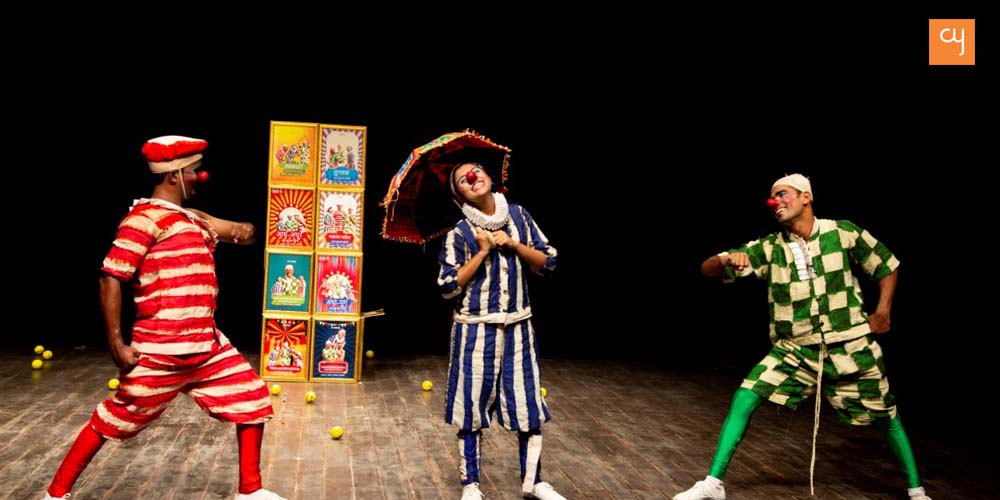 Under the direction of Rupesh Tillu, who has specialized in Physical Theatre, Theatre act staged Shakuntala – Agar Pura Kar Paye on Wednesday at Natarani’s week-long Theatre Festival seeking to present a sample of the variety of representative forms in the genre practiced in the country today. The one-hour play is a clowns’ contemporary take on the seven-act Sanskrit classic Abhijnanshakuntalam written by Kavi Kalidas around 2,500 years ago. 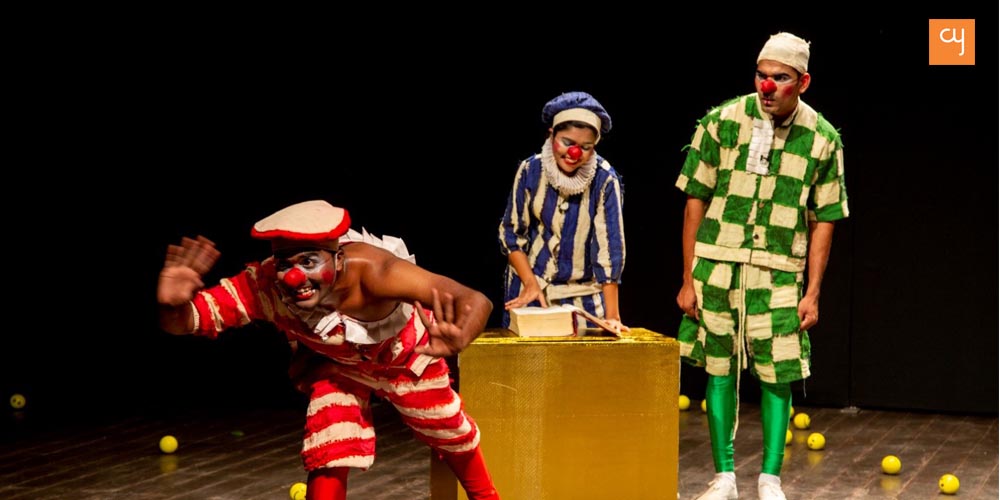 One gets reminded of German poet Goethe, who is said to have danced with a copy of Shakuntalam on his head as a gesture of his great admiration for it when Clown Mindy, who plays Shakuntala in the three clowns’ version of it, enters with a volume that is ten-times big compared to the original on her head. Her stress was on its weight and size. For in Rupesh’s and the clowns’ perception the central character of the play that gives it the title is weak, not strong like an empowered woman of today.

A popular form in the genre of comedy, clowning is at its best all through the performance. The added charm is that it remains interactive with the viewers with the lights on in the auditorium. The actors (Ankita Nikrad, Sagar Bhoir and Ram Chaudhary) get off the stage and playfully talk and do antics to those in front rows. The viewers catch innumerable tennis balls thrown to them from the stage and return. On Shakuntala finding her ring missing, they obtain a ring from a girl in the last row and, hey presto, it vanishes! The viewers shrug off inhibitions and happily revisit their childhood. 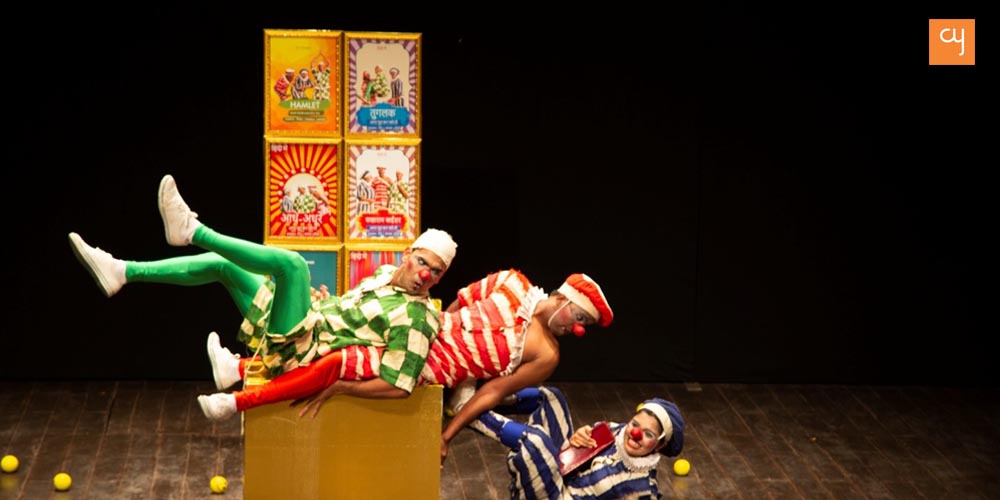 The happenings and the dialogue on the stage proceed in a hilariously innovative style. From time to time they flip through the pages of the volume placed on a table and enact action. Coining new words and expressions, they make a valiant attempt to speak the dialogue in Sanskrit. They begin with ‘welcomam’. It evolves to Shakuntala’s ‘mama shareere raatadinam kaamabhaavam jalayam!’ Viewers split their sides with laughter. Nirav Mody and Wi-Fi get contextually mentioned. King Dushyant in his court is found afflicted with Alzheimer’s disease!

The clowns’ power punch comes towards the end. Shakuntala, perceived weak in the original, is in no hurry. She gets emboldened when Dushyant recollects. She gets serious and makes her choice. She lays down her conditions: Would you work in the kitchen? Would you clean the toilet? And so on. Be vachanabaddh! All this is hilariously received. No wonder the audience, carried away by the success of the form, gets on their feet at the end in appreciation. The shringara of the original has been fully replaced by hasya. 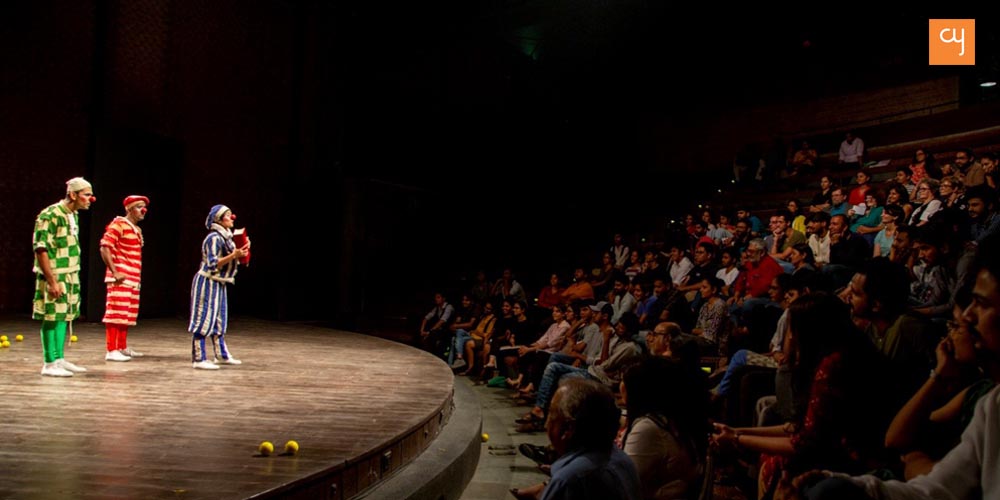 A piece of literary work and its characters are generally shaped by the writer’s time. With the talent the writer-director and the trio of clowns have had, one wishes, an attempt were made to give a taste of the strengths of the original – its shringara, its poetry, its characters and a depiction of the social milieu of the time – as well. A dash of a dignified tone, with even a note on the Sarangi, that crept in for a minute or two towards the end was promising.