No sooner did I enter Kadamb’s cosy hall upstairs that cold Friday evening, I was relieved of all the tension I had carried of parking the car far away from it on an extremely busy cacophonous Parimal Garden Road. As I sat beside an ever-smiling Kumiben, I found Sanjukta taking with the Kathak learning kids in the front rows, ’You’re here to watch senior students perform, right?’ (‘Yess..’). ‘You’d enjoy the performance…’ (‘Hmmm…’) ‘You won’t disturb them talking, standing up, going out? (‘Nop!’). 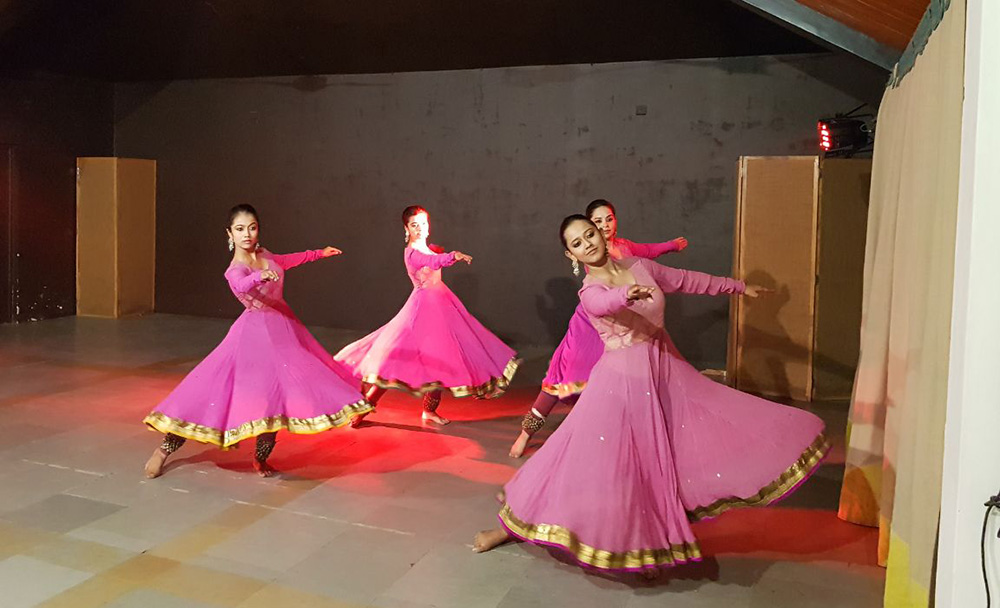 Even as Sanjukta withdraws on one side, there is just a gentle stroke on the Sarangi, a note familiarly heard for a thumri, four familiar faces nimbly slip in, pleasingly neutral, eyes fixed, gaze steady, hands in appropriate initial mudras. The endearing pretty quartet, with ‘Namami Durge …’ rendered in the background, invoke Goddess Durga. They needed and sought divine blessings for them to continue their pursuit in 2018 unhindered by anything untoward happening. 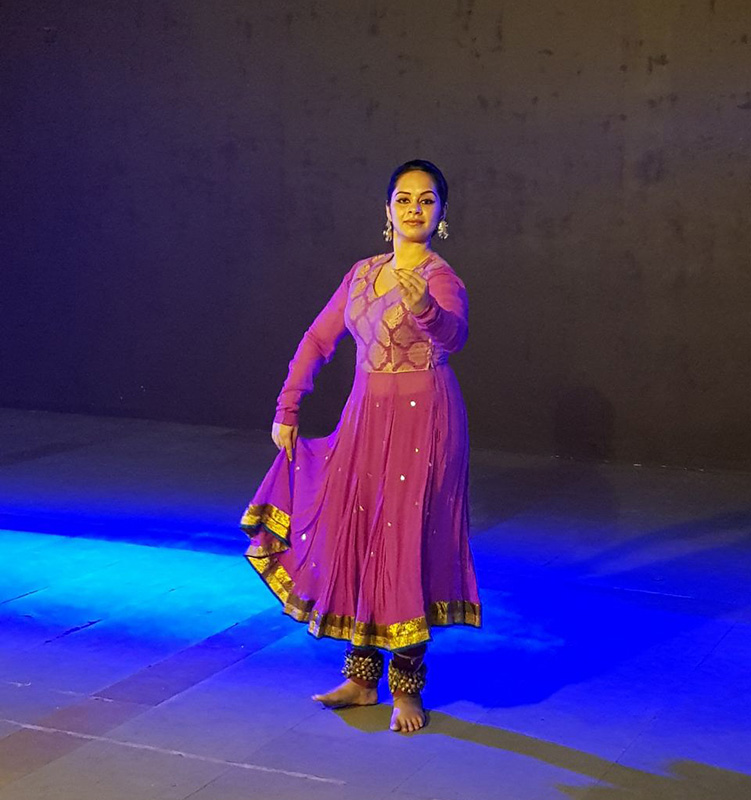 It’s yet Shishir and Vasant is six weeks away, but which ritu would a vocalist or a dancer love most? So with the remaining three dancers receding, Rupanshi remains on the stage doing a solo demonstrating with her slowly flowing abhinaya how her heart madhur madhur bole in anticipation! In keeping with the harmonizing spirit of Vasant, she seems to engage with the viewers in a silent conversation with her eyes and stance.

In as many as eight enchantingly varying compositions being presented one after another in a compact ensemble, choreographer Sanjukta keeps springing surprises even in her coordination. Mitali slips in now taking over from Rupanshi on her concluding sam! The mood of celebration doesn’t change. It rather extends with her Tarana, brief but sparkling and throbbing with life, punctuated with Kathak’s characteristic chakkars. 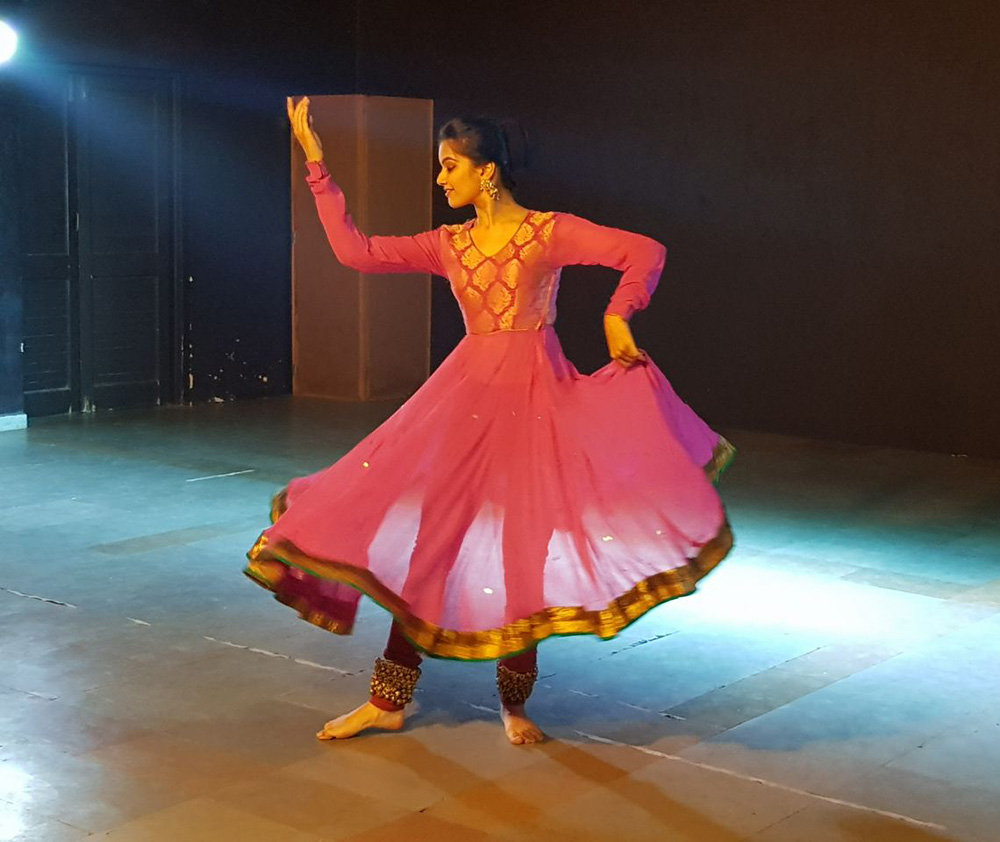 Krutika comes in, not forgetting to touch the earlier dancer’s hands for continuity. She surprises with a sweet little Thumri, her maiden one as a solo perhaps. Viewers feel lovingly amused as the teenage girl putting on ornaments on her neck and anklets, expresses her heart’s longing for the nayaka on the line kitaya chheepa gaye… . The nayaka, as impatient, doesn’t take much long. Here he is in her front, judging by her abhinaya, with the mukuta on the head and so on. 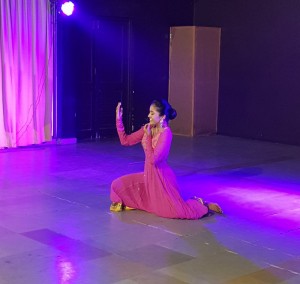 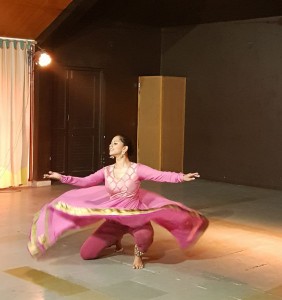 Where Krutika is can Mihika be far behind? She comes dancing yet another solo as part of the event – with a relative abandon and a mood of joy, seeming to look within for a change at times, her briskness culminating in pirouettes. She withdraws and disappears for a few seconds, only to reemerge and greet Krutika back from the other side. A delightful duet follows. They dance to the rhythmic bols and the celebratory mood enhances. 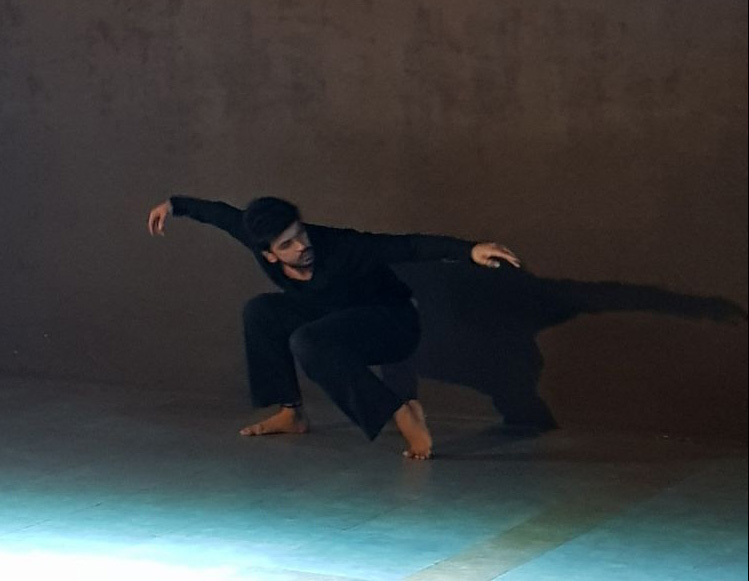 And in that enhanced mood of celebration of a fulfilling year coming to a close and anticipation of what the new year has in store enters Pankaj, yet another surprise, with his contemporary movement and glimpses of a bit of Kalaripayattu and gymnastics too. For the mini-finale two more girls, Manasi and Vidhi, join the earlier four. The kids in the audience, all smiles, rise. Kumiben is heard saying, ‘Next time they are going to dance, too!’ 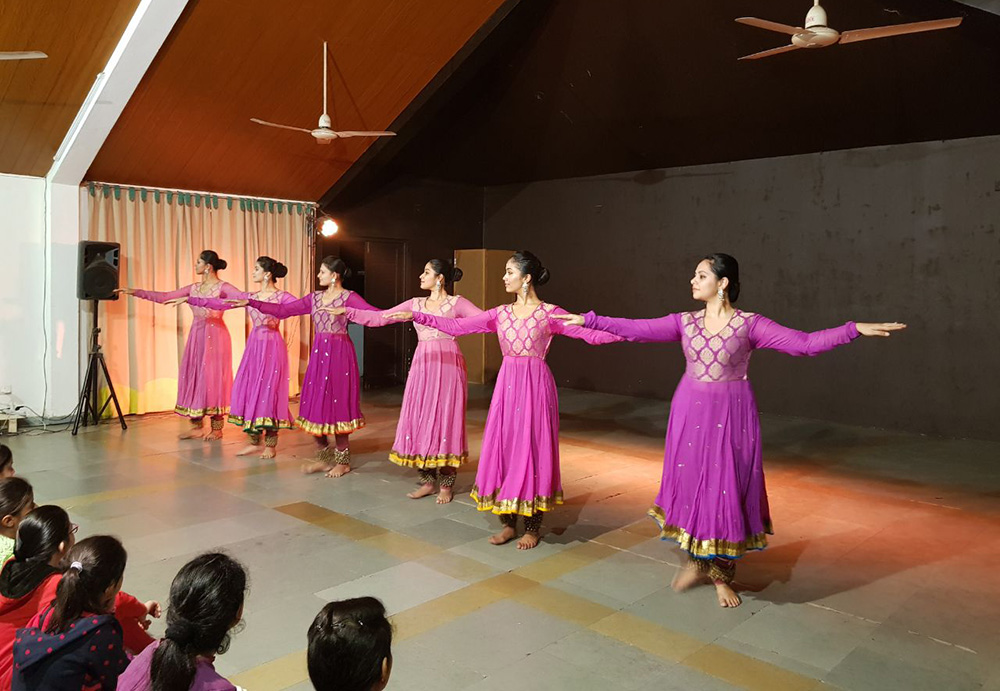