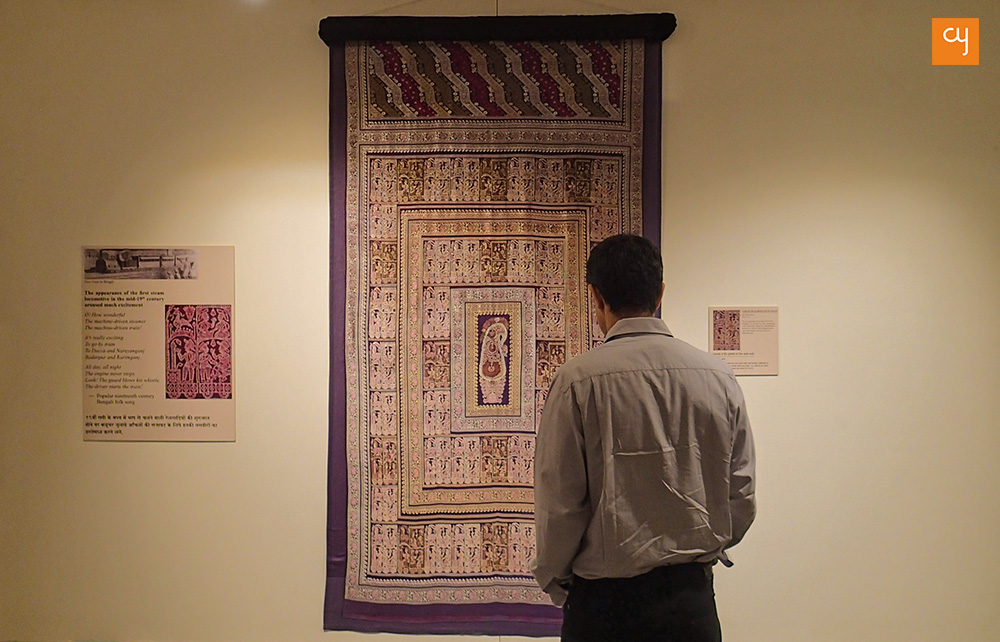 There have been several occasions when fabled elements that once built up an essential aspect of history have simply vanished like provisional fads. Cultures which once flamboyantly flourished have gotten suddenly pushed into oblivion. Baluchar Silks, a thriving industry of natural protein fibre of Bengal, is one such fabled fabric of India that has almost been lost in time. As per some legends, when the nourishing Bhagirathi River swallowed Murshidabad town, the 18th-century hub of art, it also swallowed a lot of this art form. A rescued Baluchar Silk anthology is being introduced to Amdavadis at the Kasturbhai Lalbhai Museum through Sahib, Bibi, Nawab, an exhibition that opened on December 21. 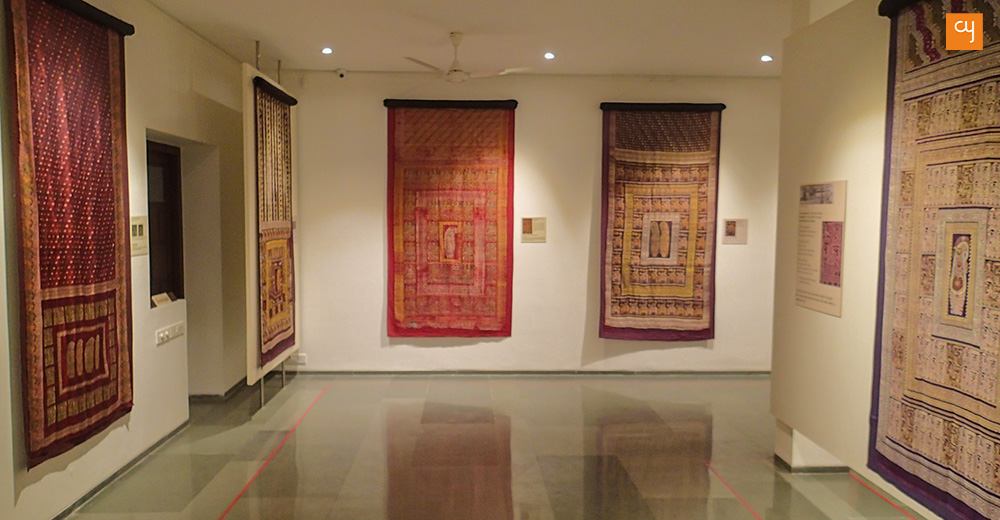 Baluchar Silks made up a thriving industry in the 18th and 19th century for the people of Murshidabad. These sarees were draped by women hailing from wealthy Bengali Zamindari (landlord) households and were also used as symbols of prestige on gifting occasions. Since the time the Benaras handloom industry was presented with this art technique in the 1950s, Baluchari sarees are still being painstakingly created by artisans. Considered amongst the many geographical identified arts of India, that showcases a traditional process and enjoys a definite reputation because of its geographical position, Baluchar Silk sarees, shawls, and scarves are internationally celebrated.

The royalty and colonialism of early India are reflected through patterns of hookah-smoking women, deer, lions, flora and fauna, firing cannons, elephants, horses and scriptures. These, coupled with sarees that also reflect the milieu of the people of the 18th and 19th century, allow one to wholly conceptualize an entire bygone epoch through the exhibition. The show is exhibiting 25 masterful textiles. This includes a 1750s Baluchari Butedar silk saree from the Nawabi period, a shawl that is dear to Jayshree Lalbhai and inscribes scarlet and olive green Hare Krishna patterns, and a saree patterned with European steamboats that is improbably dated to as far back as 1770.

“Historically, the 51–186 centimetre-long pallu (aanchal) was intricately woven with mild-coloured threads to make figurative designs of Mughals and Britishers, and also of Hindu mythological epics, without the use of inorganic Zari (sparkling precious threads),”explained internationally esteemed author, researcher and editor Tulsi Vatsal, at the event. Vatsal’s edited and authored texts on historically consequential events in India, like the Horizons: The Tata India Century 1904-2004, Peonies & Pagodas: Embroidered Parsi Textiles, and Godharis of Maharashtra have been published by Oxford University Press and Orient Longman. To a background score of chirping warblers at KL Museums‘ majestic courtyard, Vatsal elaborated on some fascinating facts about Baluchar Silks. Originally produced from mulberry silks, they were organically dissimilar to the tasar and muga silks, or the celebrated muslin and cotton fibre of Bengal. The people of Murshidabad usually dyed sarees in dark organic shades of blue, red, crimson, purple and brown – almost all colours except black, which was considered ominous. But the traditional draw loom methods of plain weaving, that created an enamel effect, are barely visible now.

The Tapi Textile Collection has preserved 90 of these attire artworks. A Surat-based archival initiative, it is headed by the husband-wife duo of Praful and Shilpa Shah, with its central motive being to conserve the ingenuity of the exotic and rare textile art forms of India. The Shahs were invited by Jayshree Lalbhai, the noted Amdavadi heritage advocate, to grace the inaugural function of the exhibition, alongside some of the city’s most renowned faces and design enthusiasts.

An elaborate exhibition catalogue is also available for visitors, which is aesthetically well-drafted by wordsmith Eva-Maria Rakob, along with Shilpa Shah and Tulsi Vatsal. To me the whole Baluchar philosophy looks like an ingenious effort at slow cultural invasion, where the invaders’ influence gradually drapes a country’s inhabitants in the form of fashion. For there was indeed a Baluchari craze amongst Bengali women. As Vatsal explained, “They even wore patterns that were printed inversely, like an inverted elephant or lion. This is visible in the Prince Holding Falcon Saree.” Vatsal also emphasised, that “it is complex to understand, that at at a time, when  women in Bengal weren’t allowed to socialise and meet people openly, why would they buy such costly attire?”. Maybe, the newly entered East India Company was influencing the weavers and the early attraction of foreign visuals composed in traditional structure, became a trend! 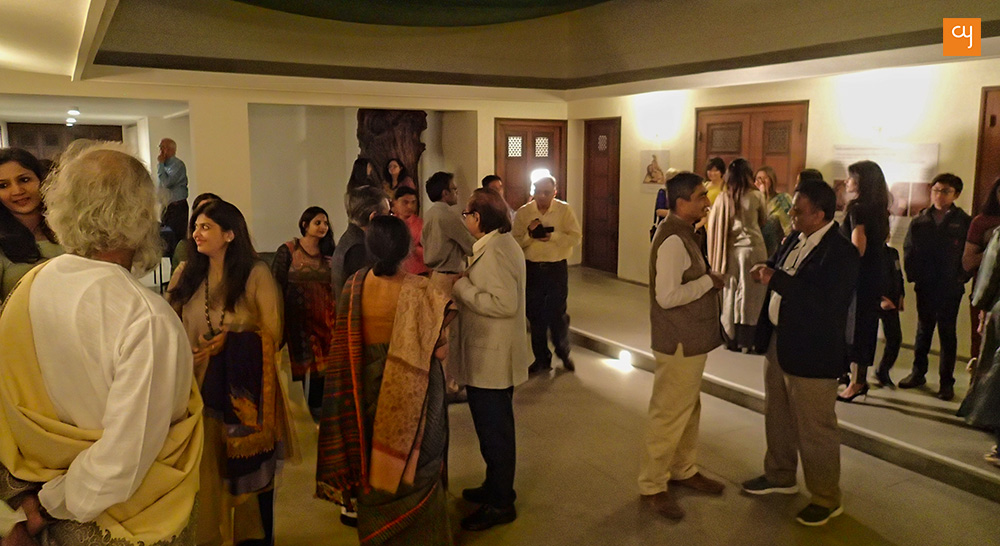 After organising an Amrita Shergil collection, which is still on display till January 30, 2018, KL Museum’s second attempt at exposing citizens of Ahmedabad to traditional content has proven to be creative, inspirational, and highly artistic. Sahib, Bibi, Nawab is the best chance for the uninitiated to get exposed to the rich textile heritage of India. The show is open to all who have a keen eye, from 10:00 am to 05:00 pm, until 9th of February 2018.