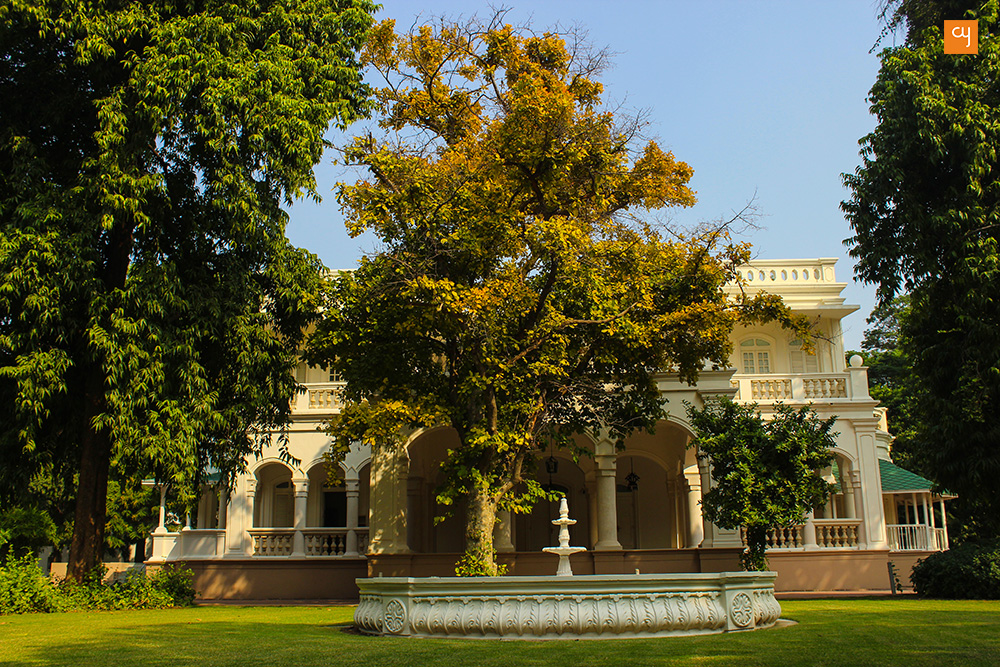 Worshippers of Goddess Saraswati are known seldom to have the grace of Goddess Lakshmi. Quite a few of those who worship Goddess Lakshmi, on the other hand, have noticeably been beneficiaries of Goddess Saraswati’s grace. Eminent industrialist the late Kasturbhai Lalbhai, unassuming and modest in appearance, is known for having had an eye for aesthetics and a farsighted vision. The man who diverted funds to the restoration of Delwara temples and setting up premier educational institutions used to take a keen interest in art as well. His belief in art as a formative influence on life, personal and of the family, gets highlighted through the Kasturbhai Lalbhai Museum that his family has thrown open for the public. 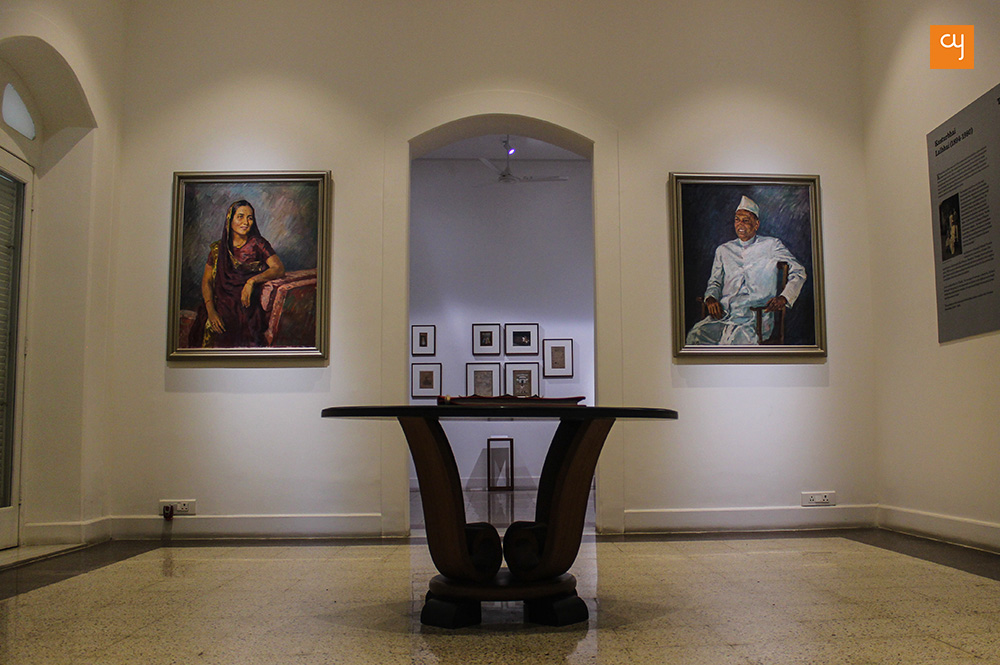 A select few having been laid out in his bungalow Lalbaug at Shahibaug for three generations, now the full collection bought from the Tagore family way back in the early 19th century is now set in a different elegant design with a noticeable sense for relaxed space and visual beauty. It is in two houses. The Colonial House built in 1905 takes viewers back to the paintings of over 1,000 years. It provides an opportunity to art students and art lovers to closely study a variety of intricate miniature painting styles such as Persian, Mughal, Deccan, Pahari, Rajasthani and a couple of more. Select works on the floor – dainty shapes in metal, stone, wood and Bidri – provide relief to the eyes moving linearly on the wall displays. 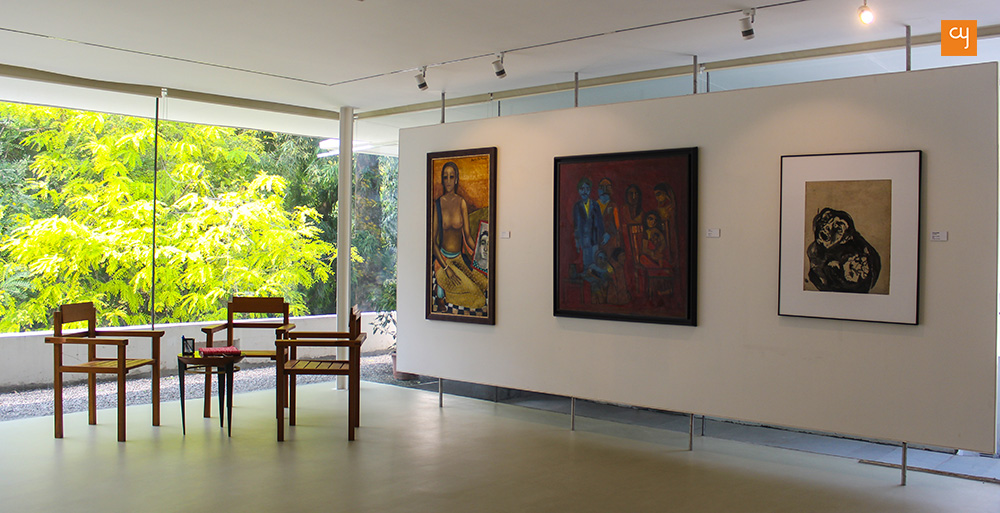 Claude Batley House, built three decades later, provides ample space for modern and contemporary paintings. They are a link between the tradition of an intricate expression, anonymous and so collective, of delicate bhavas in harmony with elements of nature and an entirely different complex expression including even intellectual inputs in keeping with the temperament of the modern time, with an individual signature to it. On display here currently are master paintings by eminent senior artists and works by younger and emerging ones. These displays, as envisaged by Jayshree and Sanjay Lalbhai, are temporary in the sense that periodically they would keep getting replaced by another set of works. A small amphitheatre for performances and talks concludes the journey. 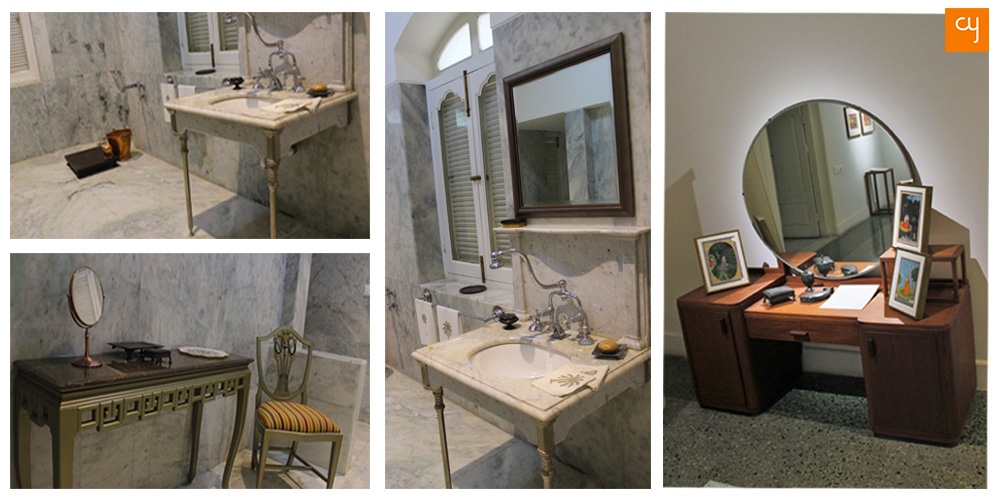 Rasamanjari – Nayak Nayika Room in the Colonial House has symbolic significance. With the 16th century treatise on Indian aesthetics as the source of reference, classic miniature paintings of lyrical quality have been done by gifted artists from the Punjab hills in the 18th century. A few of them with the universal theme of love at the centre portraying ashta nayikas, heroines intensely overcome by eight different sentiments when they are in love have been displayed in this room. वासकसज्जा, विरहोत्कंठिता, खंडिता, अभिसारिका  and so on. The museum curators have given the paintings suggestive power by associating the paintings with toilette – the process of doing shringara with a big round mirror in front of the invisible nayika and a toilet set handy. In far corner on the left of the room is also the bathroom in the old style. Towards the right-hand corner on a small table are a betel pot, a nut-cracker, a hookah and the like embellished with delicate biidri work. Three miniatures are right on the dressing table. 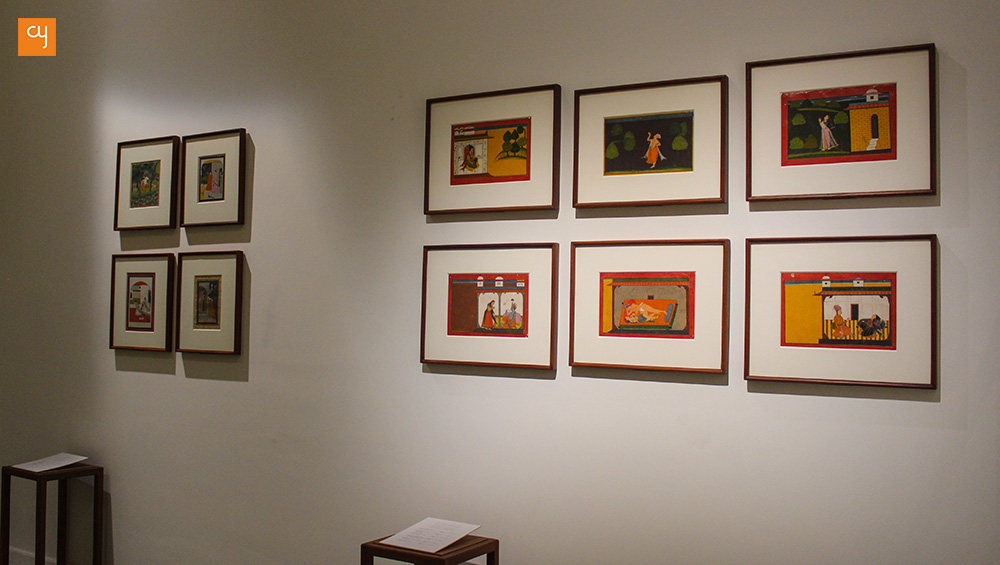 Kasturbhai’s love for art is like an exhilarating musky perfume. It’s a good idea not to keep it sealed in a bottle. Unsealed, it permeates and pleases. Maybe it will infect somebody during the time to come with the same spirit. The city of Ahmedabad inherits not only visible architectural works, monuments, sculptures and artworks. It also inherits, for example, ideas and values enshrined in our ancient scriptures Mahatma Gandhi believed in, traditions quietly followed in performing and fine arts as also education. It also inherits social empathy and love for the arts. All this is intangible but of value. The past flows into the present and the present shapes the future.