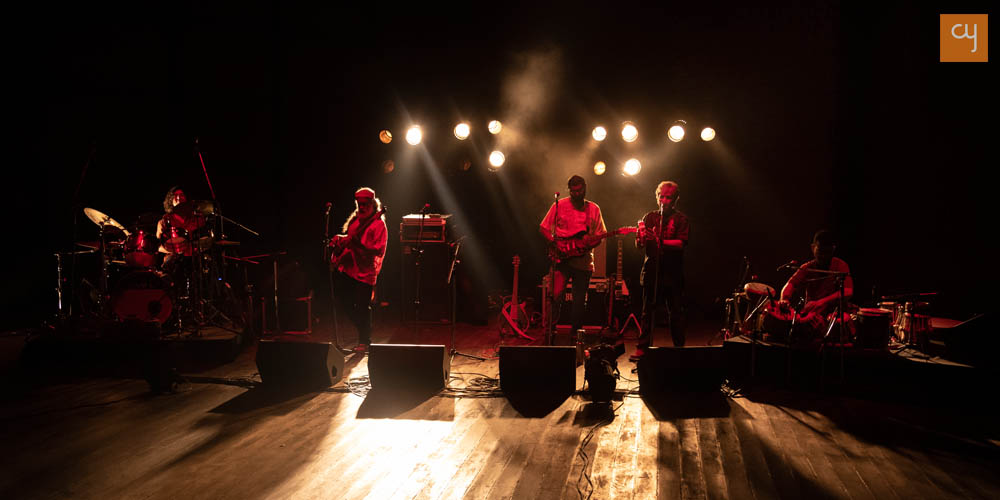 Mallika Sarabhai would not have wished for more on the Silver Jubilee year of Natarani, Darpana’s dainty necklace. On the opening day of this year’s performance season, for the music band Indian Ocean it was a full house and the ebullient audience warmly responded to her brief characteristically informal welcome. They cheered its five members as they entered and visibly their most recognizable leader Rahul Ram lost no time to recall that the band had been at Natarani when it was only five years old and now they were here when it is a fabulous twenty-five! 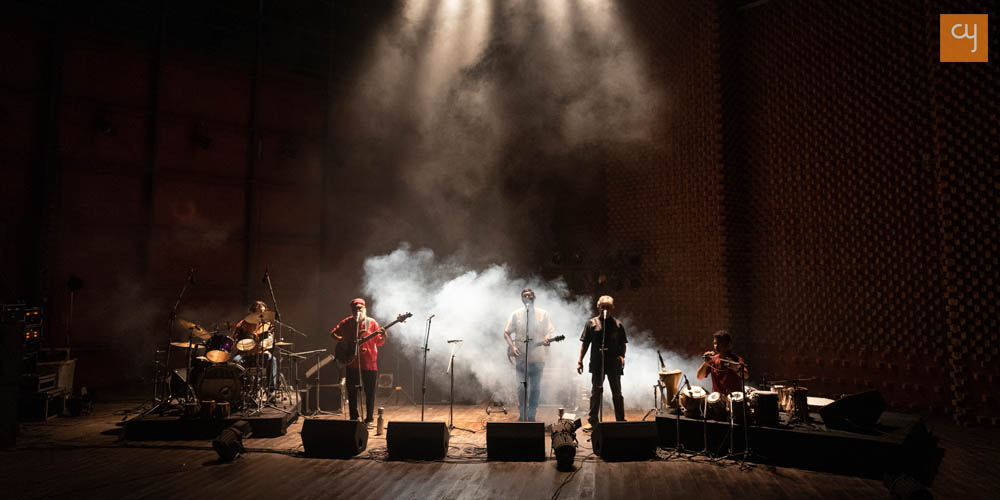 About a dozen lyrics the band presented vocally and instrumentally revealed its distinctive identity. Each member emerged a competent individual becoming an integral part of the whole. Not overly trying to entertain with musical and interactive gimmicks, they remain focused with thematic lyrics, most of them socially. Knowing the pulse of the listeners, they select their compositions and improvise during their presentation. The sound, their chief medium, they keep in control even when on the higher octave. It being a rock band, their dramatic body language gets in tune involuntarily with the strong rhythm and the flow of their notes – now getting almost still, now stretching, bending, swaying and what not. 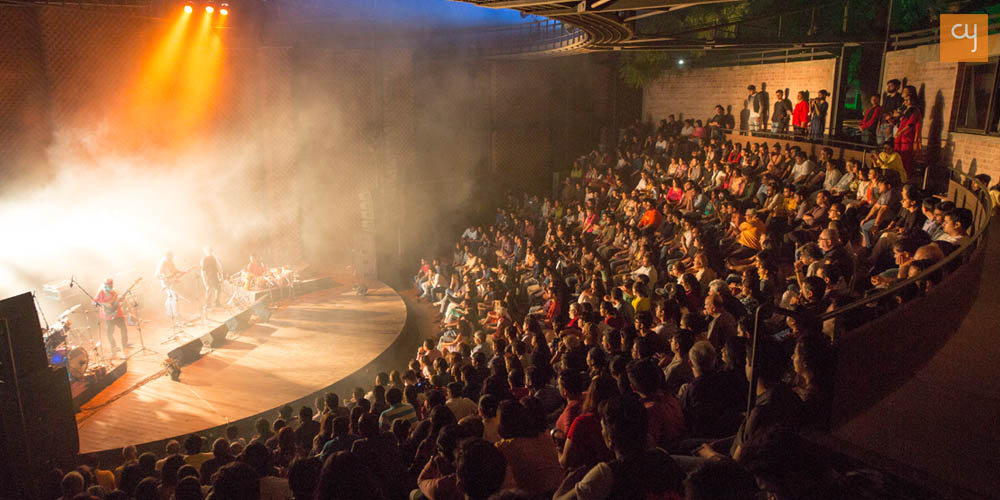 There was a remarkable variety in the lyrics they presented in the inaugural show for the season at Natarani on the still sultry evening of November 9. Following the two opening numbers where dashes of the folk and the classical were on friendly terms, the sounds intermittently grew as soft as they could be in rock music and relative inbuilt silences with sounds as of raindrops and light foot taps were rousingly received. Kandisa, the ancient Christian prayer seeking to evoke divinity, the band’s signature number, presented as the finale, remains listeners’ favourite.

The group earlier fondly turned to Kabir in Jhini Jhini … particularly in vocalist Himanshu Joshi’s fascinating glides upward and back down to the lowest octave, a khanjari in hand. Lead member bass guitarist Rahul Ram, an activist who holds a doctorate in environmental studies, is the most loved one of the group with his folk songs and looking to have a folk background. His introspective song Khaak samaj na ayega … is direct and powerful in its message. It was exhilarating to see the packed auditorium, leaving not much standing room either, joining the band singing Hille le … raising their hands clapping. 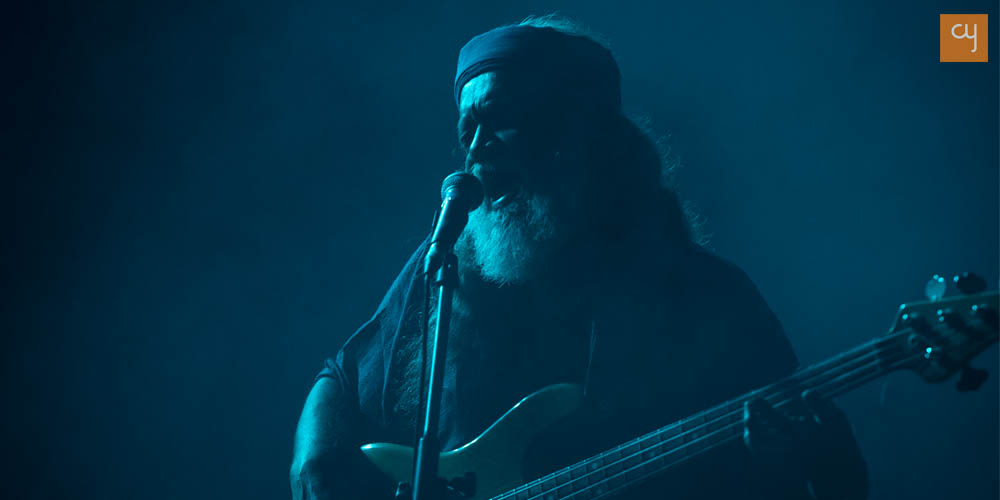 Rahul’s Ruk jaa bande kudarat hans padegi in the folk style was delectably matched by Himanshu’s subdued classical counter-point. For khal khal baheto jaay … the flamboyant drummer Amit Kilam left his place and performed in the middle with onomatopoeic sounds in accompaniment and like a cherry on the cake having a pleasing jugal bandi with the percussionist elegantly sitting with eight different tabla in front. Guitarist Nikhil Rao for a change played a solo on alluring popular Indian tunes to everyone’s delight.

The listeners giving a standing ovation didn’t seem inclined to leave the venue!