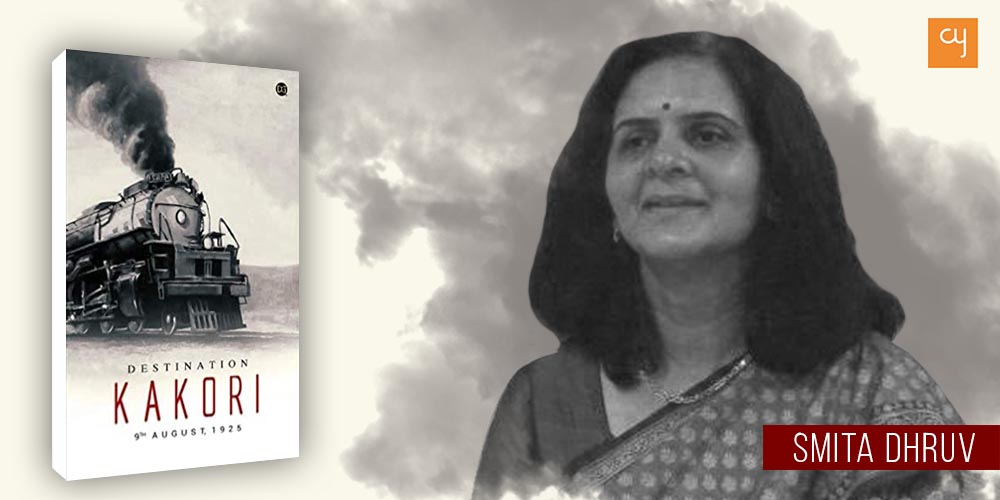 At a time when social media overflows with an instant variety of patriotism that can be worn on the sleeve, an educated busy housewife Smita Dhruv shows what it is with diligent research spanning over seven years, with interruptions because of busy personal schedules, involving long travels, meeting people as also library and archive visits – not to mention quiet moments at her writing desk when she gave a fictional shape to coordinated past events she had formed in imagination. The outcome of the low profile passionate research might have interested only academicians. She combines the valuable findings of her explorations in Destination Kakori : 9th August, 1925 (OnlineGatha, Lucknow, 2020) with a creative urge so that they are palatable to the common man, old or young.

The famous Non-cooperation Movement as part of India’s freedom struggle was launched in 1920. Following violence of great magnitude at Chauri Chaura, introspection led Gandhi and the Indian National Congress to halt the movement, a decision that surprised, shocked and agitated participants and leaders of the countrywide struggle, including the likes of Nehru, Chittaranjan Das and Motilal Nehru. Gandhi’s rationale was that totally against his tenet of non-violence, the very violent incident proved the ahimsa satyagrahis were not yet adequately trained in the nonviolent method and by implication it pointed to his own failure. It was his conviction that where there is a straight path, even if long, no one obstinately taking a short cut can ever reach his destination. Love, accordingly to him, has the power to melt the sternest of brutal forces. “Hate the sin,” he asserts in his autobiography, ‘Not the sinner.” 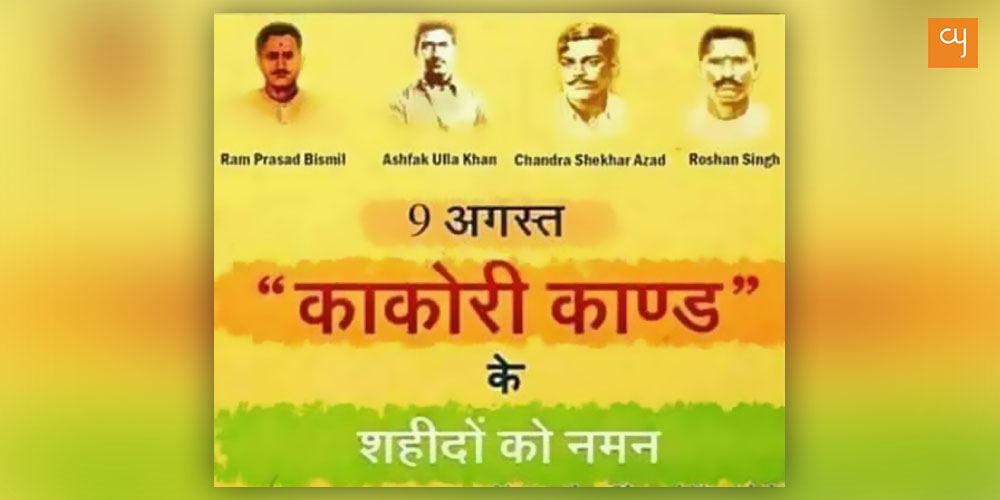 The Dharasana non-violent Satyagraha, like the one at Dandi, comes to mind. A select large band of Satyagrahis was well-trained. Armed with weapons, policemen ordered and determined to crush what they saw as a ‘rebellion’ were faced with rows and rows of Gandhi’s disciplined Satyagrahi soldiers, quietly determined not to raise their hand even in self-defense. Both advanced at the Dharasana gate – one aggressively, the other with a quiet courage. As one row fell, unbelievably without resistance, to the blows that rained on them, another came forward. A band of women removed those wounded to a side and nursed them. The strength of the policemen seemed to falter, not of the invincible Satyagrahis. History was in the making. 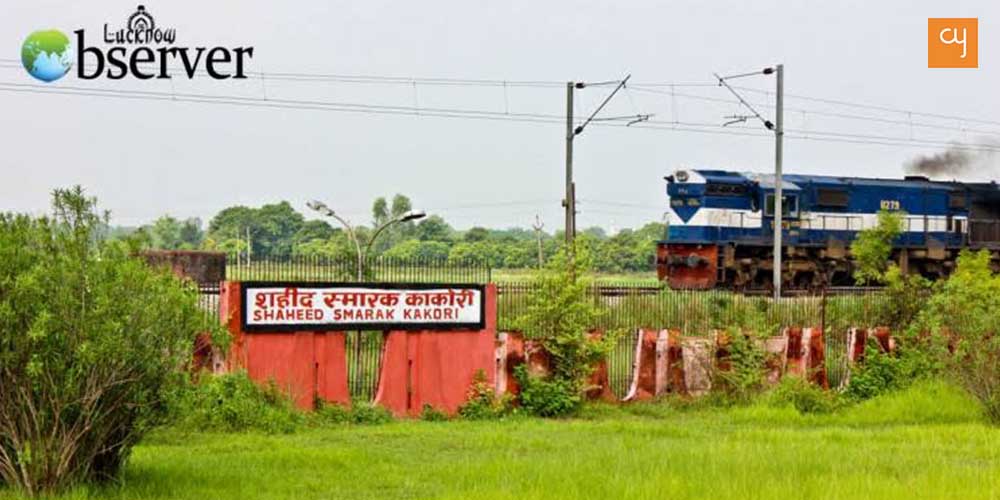 In the wider perspective of a unique epic battle for independence fought without weapons of injury, destruction and a hostile attitude, the decision and the subsequent sidelining of what the book recalls and describes is history.  At the same time, imagine the sudden emotional jolt that the active participants in the movement all over the country felt when it was suddenly called off during that year. The youth of the country in particular had sacrificed their personal academic and career pursuits, masses had been boycotting British goods and were turning to their indigenous counterparts and leaders had been organizing processions and public meetings with tantalizing visions of freedom from the stranglehold of a brutally torturing self-serving foreign rule in a short time!

The author’s research revealed individuals who carried out their own plans irrespective of the non-cooperation movement having been withdrawn at the national level. For them their noble end justified their violent means. She traced their descendents and other persons associated with them. The individuals, heroes in their own right if you consider their readiness to lay down their lives for the motherland, were real persons – the likes of Chaphekar brothers, Shivram Hari Rajguru and Shachindra Nath Bakshi mentioned in the Foreword and a couple of others. In his biography of Gandhi Maaru-n Jivan e j maari Vaani, Narayan Desai observes that the most inspiring aspect of the revolutionaries’ activities even today has been their daring patriotism. He also notes that though Gandhi admired their heroism, he did not approve of the path they had taken for practical reasons besides idealism. The struggle for independence was aimed at the British Empire, he stressed, not against its officials. Also, a violent armed revolution was not possible when they had a trained mighty force and the people of India were practically disarmed.

The book assumes significance as much for the outcome of the research on the painful suffering of the revolutionaries as an untraditional literary form she has given it. The destination Kakori and the date 9th August refer to the railway station near Lucknow where on that day a group of youngsters, all except two in their twenties, daringly looted the British government treasury on a train. They needed money to buy weapons and for other activities.  The 282-page book is an engaging fictional account of a group of young revolutionaries who as members of Hindustan Republican Association (HRA) dedicated their lives a hundred years ago to the cause of freedom for their motherland from the clutches of ruthless British rulers. The account of Kakori Train Robbery, taken note of by history, also by Encyclopedia Britannica, interestingly gets unfolded by the major imaginary characters like Mukund, Leelavati, Satish and Banvari in first person. 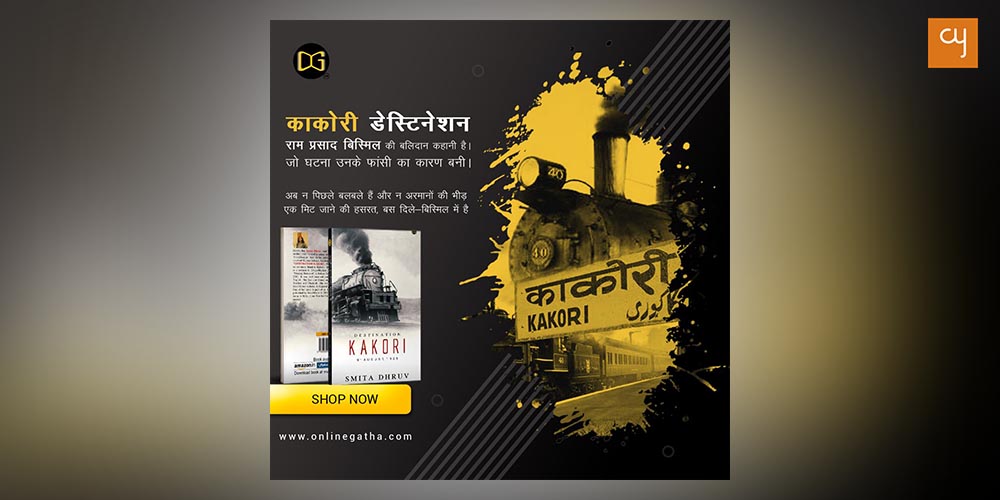 With the empathy received from the author, Smita Dhruv, and the role she played in the group with exceptional guts – as indeed many women played in our long struggle for independence – secretly with a low profile, Leelavati stands out among the characters drawn from real life. Incidentally, the author herself seems to share something of the passion with which her characters are dedicated to their work for the country. She arduously resurrects young martyrs who laid down their lives for the cause of the country’s freedom. She keeps quoting from Ramprasad Bismil’s biography. Her remarkable quote from him right on the opening page of the book runs :

(It’s true death will end our lives one day, / Our names though shall not be wiped out.)

By way of a postscript, I would reluctantly like to observe that I wish such a well-written book had been free from obvious language errors.

Get hold of the Kindle edition here : https://amzn.to/3a62jeA