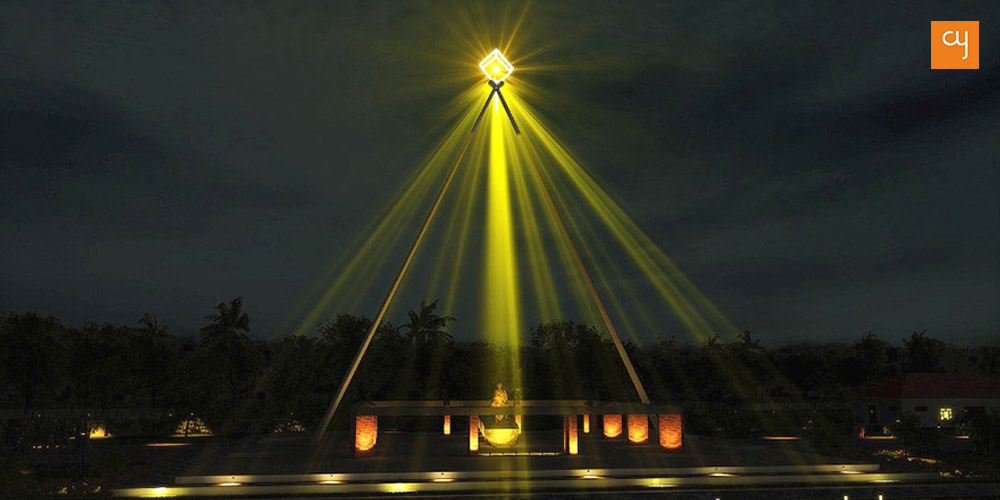 The new National Salt Satyagraha Memorial at Dandi captures the spirit of the historic Salt March that led to India’s independence. 48 international artists depict life-size sculptures of the 80 revolutionaries who marched alongside Mahatma Gandhi.

“With this, I am shaking the foundations of the British Empire,” said Bapu, as he held out a lump of salt in Dandi to condemn the hefty tax levied by the British government on the essential commodity. On March 12, 1930, Mahatma Gandhi embarked on a 24-day long walking journey from Sabarmati Ashram in Ahmedabad towards Dandi on Gujarat’s coast. The epic Dandi March, or Dandi Satyagraha, was a crucial turning point in the Indian freedom struggle. It catalysed a mass Civil Disobedience Movement, with thousands of freedom fighters and like-minded protesters, becoming motivated to join hands in the Indian Independence Movement. The 390 km long journey, which started with a handful of people, burgeoned into a group of 50,000 revolutionaries by the time Bapu reached Dandi. After almost 9 decades, this momentous occasion has been memorialised at the National Salt Satyagraha Memorial in Dandi, Gujarat. On January 30 of this year, during the 71st Death Anniversary of Mahatma Gandhi, Prime Minister Narendra Modi inaugurated the memorial.

Located at Dandi in Navsari district, the memorial consists of beautiful works of art that start off by describing the methodology of the Satyagraha and go on to explain India’s achievement of freedom from the British colonial rule. The artworks comprise of meticulously crafted clay sculptures of all the 80 marchers who accompanied Bapu from Sabarmati Ashram to Dandi. 48 sculptors were invited from various countries for two workshops held at Indian Institute of Technology (IIT), Mumbai, where they brought these works into existence under the guidelines of nationally recognised sculptor Sadashiv Sathe. A team of artisans under the guidance of artist Shanthi Swaroopiniof the Jawaharlal Nehru Architecture and Fine Arts University, also made 24 Narrative Murals that portray various events from the historic march. These are displayed all along the stretch of a winding pathway at the memorial.

The signature sculpture at the memorial is a 5-metre high statue of Bapu made by Sadashiv Satheth at shows him vigorously marching forward. It is called Salt of the Nation. With the help of state-of-the-art technology and sophisticated materials, a 40-metre tall steel frame called The Memorial extends above Gandhi’s statue and holds, like two hands, a 2.5-tonne glass crystal that represents a salt crystal. Laser lights illuminate The Memorial, adding a further aura to Sathe’s beautiful sculpture of Gandhi.

According to an article on Financial Express, the task of creating this memorial was ideated in 2005 and a high-level committee was formed to oversee the project, under the leadership of Mahatma Gandhi’s grandson Gopal Krishna Gandhi. The project is owned by The Ministry of Culture of the Government of India.

The conceptual design, coordination and implementation of the project was a collaborative effort by various institutes, but it was mainly executed by IIT Bombay and its various departments. They also designed technologies used in the memorial for its structure, sculptures, murals, artificial lake, and ‘solar trees’ that generate green energy. The institute is also in the process of creating an audiovisual tour guide for visitors, which will be accessible through a mobile app. To reach the memorial, visitors can easily catch the Sabarmati-Dandi Highway. For more information, log on to www.dandimemorial.in