For the Record sweeps META Awards in a Virtual Ceremony 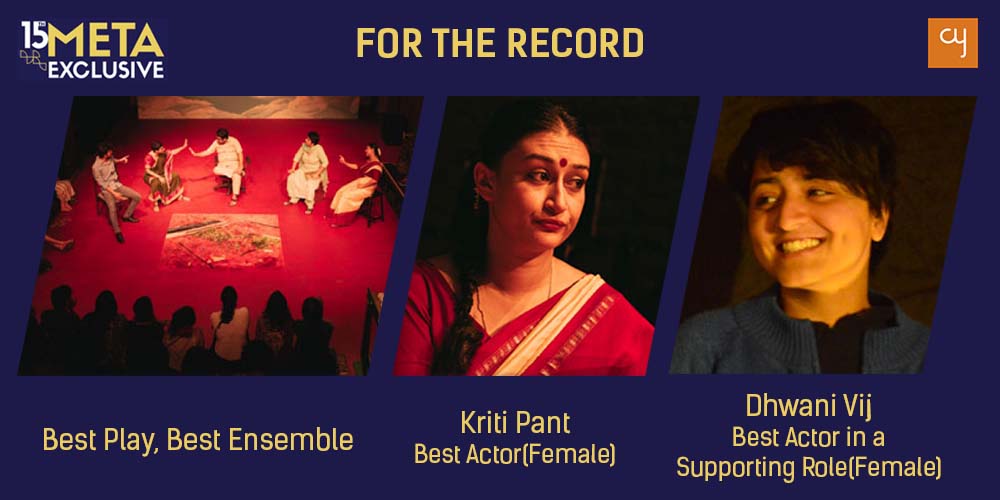 The Mahindra Excellence in Theatre Awards (META) made a record of sorts on Sunday when a virtual ceremony was held to announce, if not to physically and materially present, their coveted annual awards for 2020. These Awards are presented in the month of March every year after a well-defined process of nominations and selection. However, this year the awards ceremony which is usually held in Delhi had been postponed due to the conditions created by Corona pandemic.

The bilingual play in Hindi and English about how the modern times define culture titled For the Record produced by Black Box Okhla, a theatre group of Delhi became the Winner of the six of the thirteen categories for which the Awards are given to shortlisted plays from all of the country. Directed by Nikhil Mehta with a script jointly written by a set of seven thespians, this play got the awards for the Best Play, Best Ensemble, Best Original Script, Best Actor in a Supporting Role – Female, Best Actor – Female and the Best Director; the last one being a shared honour! This honour was given jointly to Mehta of this play and to Sahidul Haque who directed The Old Man, a play based on Hemingway classic dealing with the conflict between nature and mankind and produced by Orchid Theatre of Nagaon in Assam. This play also was a bilingual production in Assamese and Gibberish. The Old Man also got two more Awards for Best Actor in a Lead Role – Male and Best Choreography. 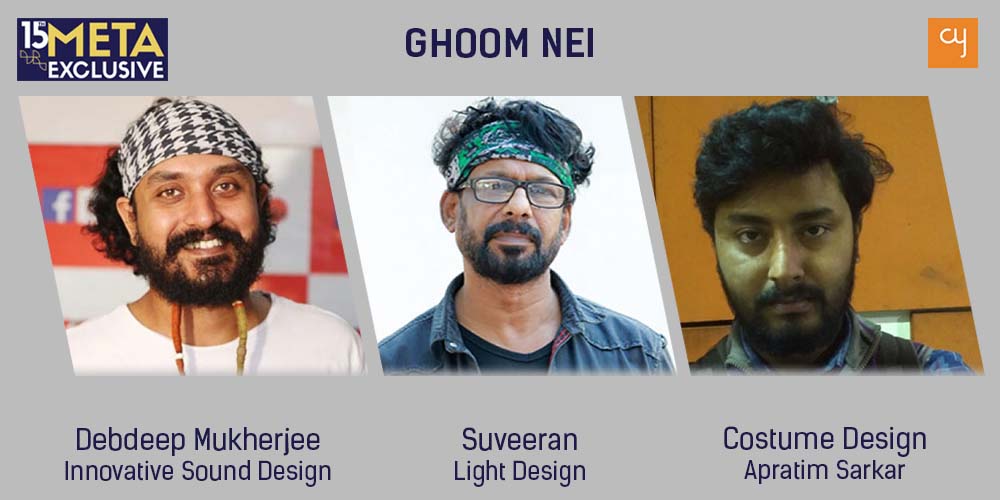 These two plays thereby ended up as the run-away successes with a total of nine Awards between themselves in all major categories; thereby leaving the four design Awards in the technical categories to two more plays. So the Bengali play Ghoom Nei directed by Saurav Palodhi bagged all the three Awards for Innovative Sound Design, Light Design and Costume Design, the long-named Malayalam play from Calicut Bhaskara Pattelarum Thommiyude Jeevithavum got the lone Award for Best Stage Design.

For the still uninitiated, The MET Awards are given by the House of Mahindra for excellence in theatre on a pan-India basis and these had entered in their 15th Edition this year, the nomination process having begun and ended in the August of 2019. A This edition had brought forward a total of 386 entries from across the country of which nine plays were finally short-listed for a Festival of performances and an awards Night at the end of the Fest both to be held in March earlier in the year, but that was not to be for the pandemic. 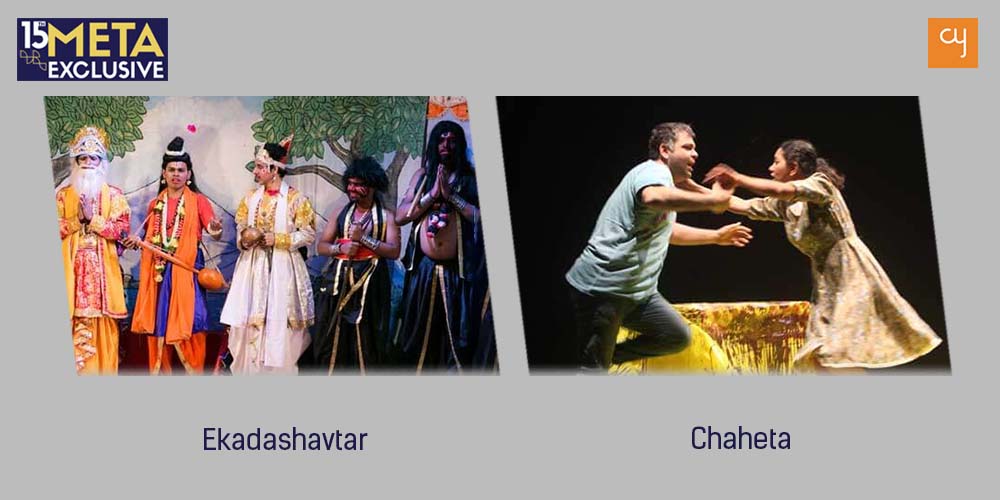 Chaheta directed by Mohit Takalkar for the Aasakta Kalakar Manch, Pune; Ekadashavtar directed by Ranjit Patil for Ruia Natyayalay, Mumbai; Every Brilliant Thing directed by Quasar Thakore Padamsee for Vivek Rao and Toral Shah of QTO, Mumbai; Maze (a non-verbal play) directed by Sunil Kumar S for The Mimers from Kalady-Kerala; and Mickey directed by Suraj Parasnis and Virajas Kulkarni for Theatron Entertainment of Pune formed the other five plays in the short-list.

The Awards were announced by a fine line up of playwrights, actors, directors, dancers and others associated with theatre and arts including Sushma Seth, Lilette Dubey, Mahesh Dattani, Nandita Das, Ashley Lobo, Vinay Pathak, Makarand Sheth and many others.

The Sunday evening ceremony of Awards in thirteen categories in virtual space was preceded by a Life Time Achievement Award which was given on August 16 to Barry John, the well-known thespian of the Theatre Action Group (TAG) and theatre trainer, man who pioneered the Theatre-in-Education (TIE) initiative of the National School of Drama. Another event organized as a run up to these Awards was an online Conference of Theatre critics that came on August 9. The publication and launch of Agarbatti, an original script from 2019 competition for META was yet another event held on August 18 in the Award season. 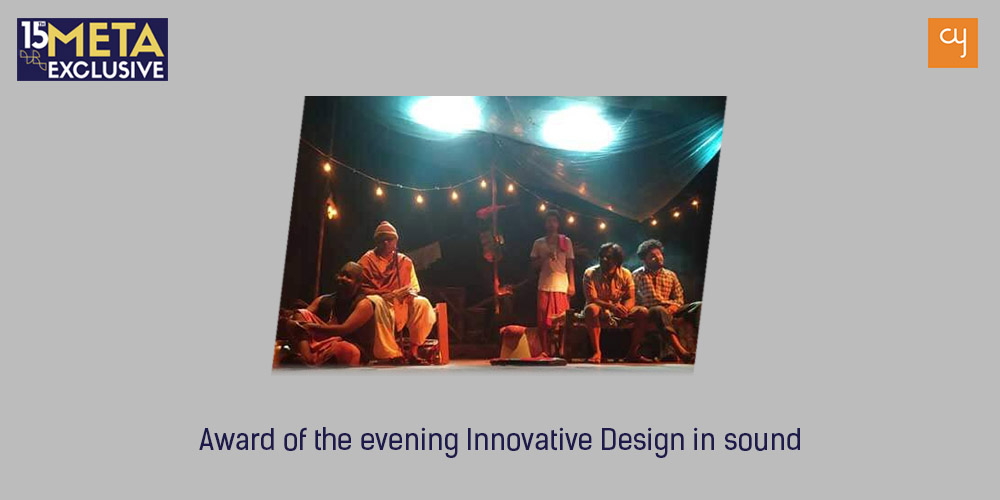 The entire Awards Ceremony and other events around it were produced by Teamwork Arts but not without a few minor glitches/oversights in declaring the nominations on the website of the Awards, for example the name of the play Ghoom Nei which was given the very first Award of the evening Innovative Design in sound, which was not included in the relative nominations; so also for the name of the winning director Nikhil Mehta in its category. This obviously led to some expression of displeasure by those left out while the ceremony was on.