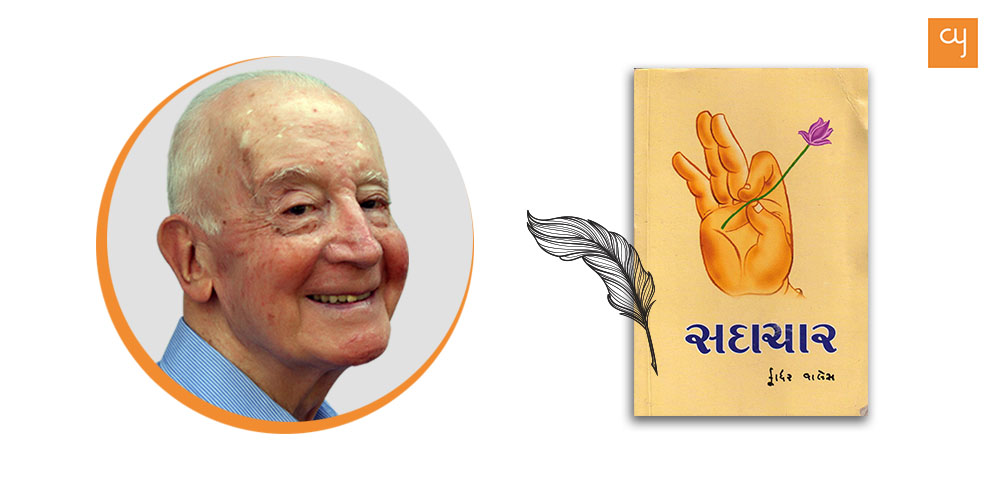 The fond name Father Vales (1925 -2020), not the distant and formal Carlos G Vales, evokes many human qualities Gujarat has traditionally, at least since Narsinh Mehta‘s time, respected and loved. Judging by his chosen simple life and humble ways, his compassion, his stress on excellence (shreshthata he called it) in everything, his concern and efforts for the formation of character amongst the youth, the disarmingly sweet unaffected Gujarati he spoke, and what not, this Spanish teacher of Mathematics, who made Ahmedabad his home lovingly, could be easily believed to be an inmate of Mahatma Gandhi’s ashram. The youths of his time, now parents, remember him with affection.

Born in Spain close to a century ago, Father Vales peaked and became a household name in Gujarat. There were his students who marvelled at the way, along with Dr P C Vaidya, he made simple in his ‘New Maths’ class a subject known to be tough. A vast number of his readers spread all over Gujarat, young and grown-up, who did not know much of his ‘brainy’ skills, loved him as a writer who spoke of values of life in a language that he spoke from the heart. For he cherished those values and loved his readers needing direction in life.

When a child, he used to be presented with piles of books on values in life as – today’s young generation, glued to television and smart phones would raise their eyebrows – gifts! A good reader is unlikely to not have the aspiration of becoming a writer himself one day.  Fr Vales approached a publisher with the manuscript for his first book Sadaachar. The publisher looked at him, the content and style and rejected it, reportedly with disdain.  The young writer self-published it with his mother’s financial assistance.

The mother’s farsighted gesture proved an investment. The book had twenty editions and during the years that followed the writer went on to produce scores of books in Gujarati, Spanish and English, some of which were translated into other languages, one of them Chinese. After Sadaachar, he was invited by Bachubhai Rawat, an editor not easy to please, to regularly write for his prestigious monthly Kumar. The editor’s faith in him was justified and he won the Kumar Gold Medal. Recognition of his literary achievement was complete when he was awarded the Ranjitram Suvarna Chandrak, the highest in Gujarati literature, founded by Gujarat Sahitya Sabha. By invitation he wrote a regular column for the popular daily Gujarat Samachar as well through which he got known among the rural masses.

He lived in Vallabh Vidyanagar for a year and learnt Gujarati staying in a hostel, where he ate what other boys ate and lived like them a simple life. He set an example all through his life of living his words. I recall I read him in my younger days and saw young residents at the college hostel I was in charge of reading and gifting to others books written by him. Titles of his books speak of his concern for life, society, individuals and their relationships at various stages of life – Yuva Dharma, Jeevan Ghadtar, Kutumb Dharma, Navee Pedhine, Lagna Saagar, Sevaa Dharma, Jeevan-no Raas, Mor ane Dhel and so on.

Father Vales loved Gujarat, its people, their culture. He made everything Gujarati his own. He was something of a universal man. Any land he lived in would have been proud of him. History should take note of the contribution he made to the ideals of individuals and society while he stayed in Gujarat till he retired as a college teacher and returned to Spain.