Artist and design educator Dashrath Patel captures elements in motion – narratives of dance and dancers – par excellence, in the first such exhibition ever on his photographic works.

Even before I entered the gallery, the sight of the two magnificent monochromes, thoughtfully kept right in front of the gallery’s glass door, catapulted me into the lyrical realms of performing arts. The display is specifically about the dance of Chandralekha, hence conferring a dual perspective onto the entire show – one, to view the sublime photographic sense of Dashrath Patel, and two, to revel in the aesthetics of Chandralekha’s choreography. Either way, the show is a satiating sensory experience that mustn’t be missed, evoking a deeper understanding of the persona of Chandralekha, the prodigious performing artist. 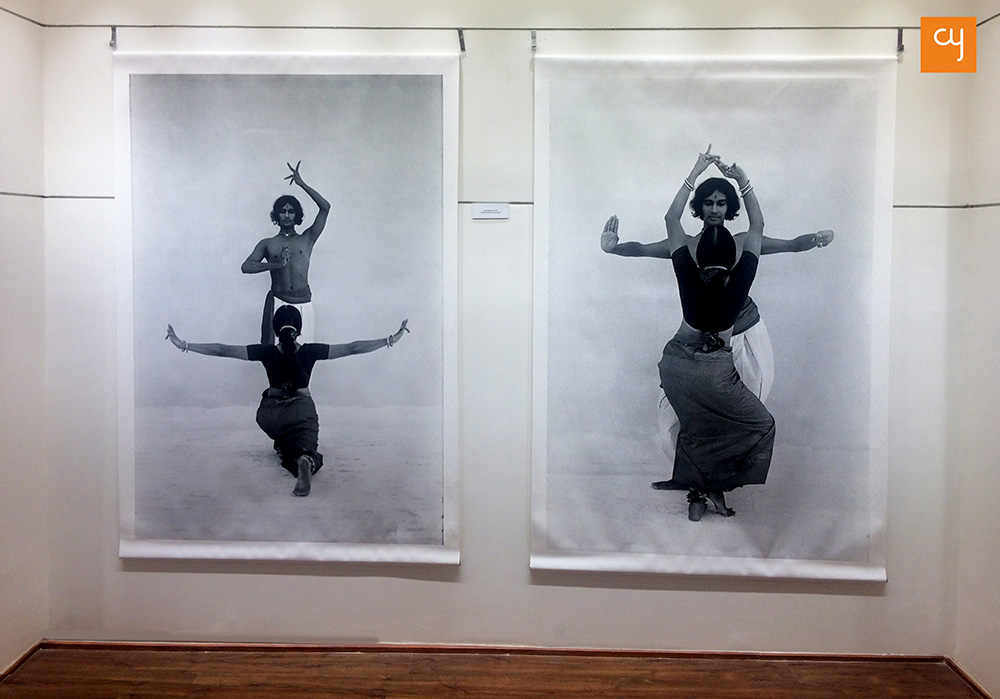 In an obituary article of the dancer Chandralekha, who was the niece of India’s first Deputy Prime Minister Vallabhbhai Patel, The Guardian wrote, “As per Chandralekha’s wish, no religious ceremonies were conducted during her cremation by her close associate Sadanand Menon and longstanding friend Dashrath Patel.”Menon, Patel and Chandralekha were a steadfast triumvirate of friends – not even death can make them part, so to say. Each of the three stalwarts occupied a niche in their respective fields of journalism, art and dance. Sadanand Menon today fondly remembers his two friends through his curated exhibition Remembering Dashrath, which portrays Patel’s photographic, captures of Chandralekha and other dancers.

Such a profound synergy of the trio’s energies was channelled best in their days together, when they published Why the Sky is Blue. Based on a famous lecture delivered by the Nobel laureate CV Raman in Ahmedabad; Patel’s startling photographs, Chandralekha’s text and Sadanand’s catalogue, collectively made this into a memorable work. Today, Sadanand Menon, along with other friends of Dashrath Patel, continue to celebrate the artist’s legacy. Each year, these friends gather at Satya Art Gallery on December 1 to commemorate him through his solo show Remembering Dashrath. 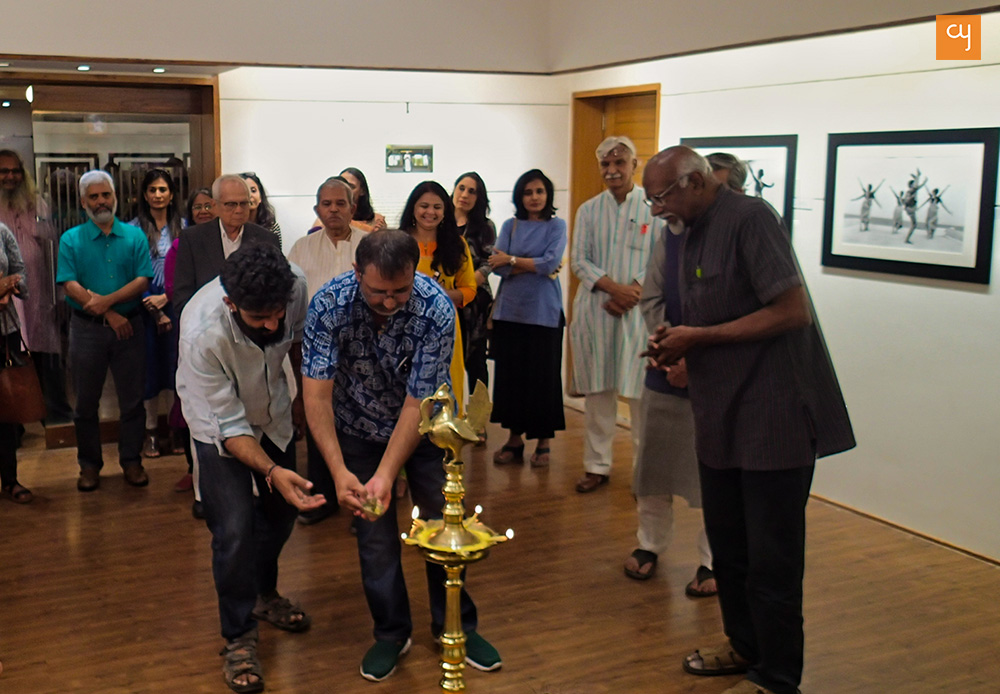 So far, these shows have focused on Patel’s line drawings and water colour works. But this year, in its 7th edition, his body of photographic works is the focus. Intriguingly, it was the legendary Henri Cartier-Bresson who had initiated Patel into photography. “It is Patels’s 90th birth anniversary,” says Sadanand Menon, while inaugurating the exhibition in the presence of veterans like Parmanand Dalwadi, Vivek Desai and Subrata Bhowmick. With Patel having captured shades of Chandralekha, which in turn is being celebrated by Sadanand Menon, ‘Not even death can make us part’ is indeed a fitting adage to describe the deep friendship that underpins this event. The exhibition at Satya Art Gallery is open until December 31, 2017. 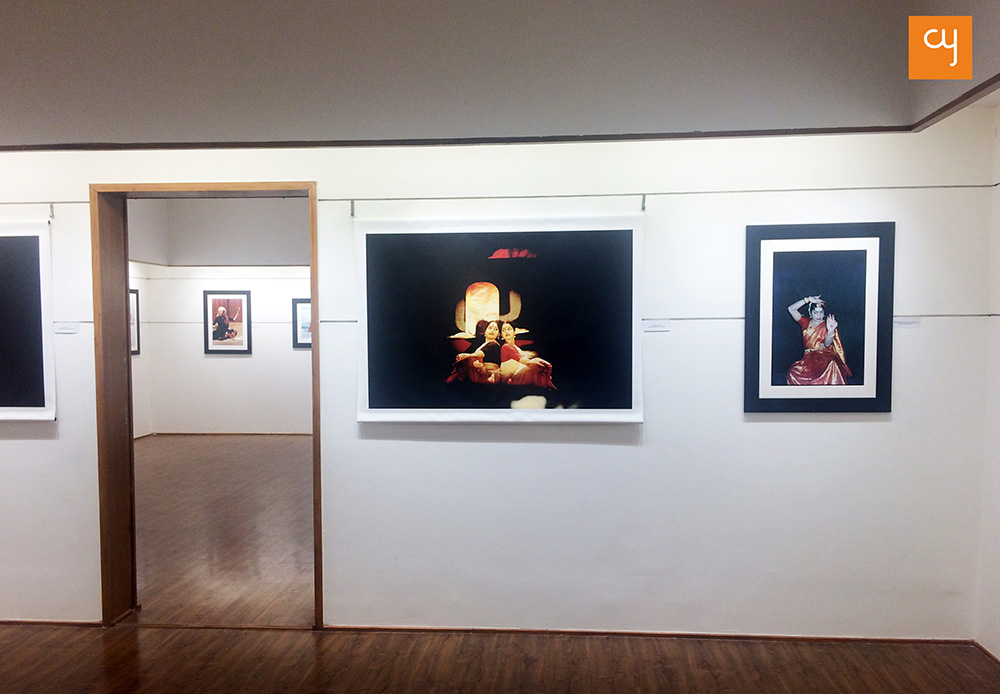 From Brushes to Lenses

Patel, the passionate creator and Padma Bhushan awardee, was never the kind to settle for less. The curious soul went on to studying art to become a life-sized artist, ceramist, designer and photographer. He went on to be the founder secretary of the National Institute of Design and to establish the Rural Design School near Varanasi.

In 1961, Patel received a chance to study art in Ecole de Beaux Arts, Paris, where he met Henri Cartier-Bresson who had come to see his first solo show. When Bresson saw Patel’s artworks, he noticed in him an eye for observation and asked if the painter can shoot a frame for him. Patel swallowed his instinctive resistance to the idea and took a few shots from his Leica M3 camera. Both met after a fortnight at Bresson’s place over dinner, and Patel eventually grew to admire the art of clicking. The two became long-lasting friends, with Bresson staying with Patel each time he visited Ahmedabad. 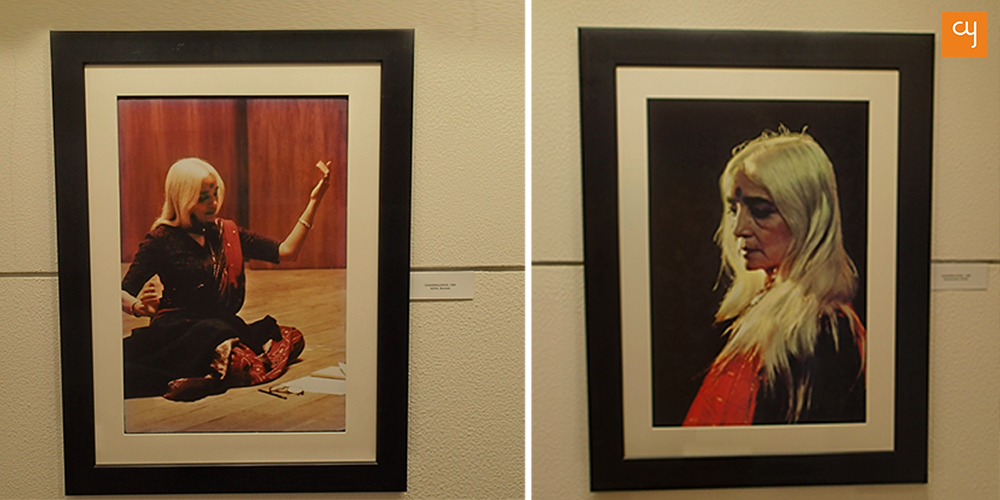 “Choreographer Chandralekha left her home in Nadiad, Gujarat and went on to run a Centre at Elliot’s Beach near the tranquil shores of Chennai. During the same period Dashrath Patel was studying there at the Government College of Fine Arts. Both were introduced to each other by English poet Harindranath Chattopadhyay, younger brother of Nightingale of India, Sarojini Naidu.” narrates Pinky Godiawala, one of the contributors in the ‘Friends of Dashrath’ team. This marked the beginning of a timeless friendship.

The visuals on the walls of the gallery helped me to create a mental picture of a time, between 1956 to 1985, when Patel designed stage sets and captured innumerable shots of Chandralekha’s performances. This was when she returned to the world of dance from the fields of graphics and writing. The compositions of the photographs suggest that Patel took them as the proverbial ‘fly on the wall’, from corners in rooms. There are intimate glimpses of artists in Green Rooms as they prepare and practise last-minute, right before shows. These moments have an invaluable archival value. 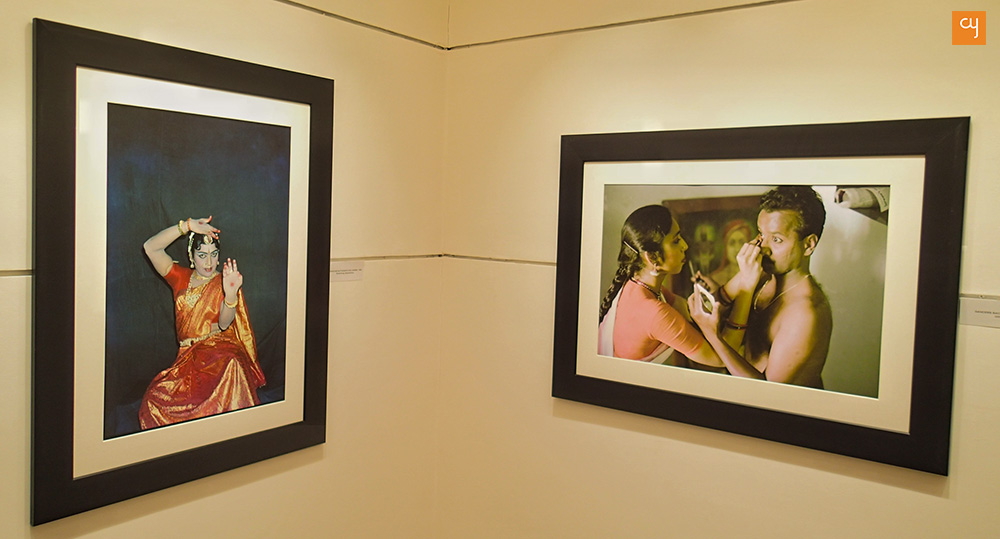 “There are hundreds and thousands of photographs that Dashrath has clicked so far on themes as wide as habitats, lifestyles and performing arts. And we have selectively displayed only 45 out of his 25,000 photos of dance,” shares Sadanand Menon. The mystical play of lights and colours in every glimpse is stunning. I’m surprised to know that, before this, there has never been a dedicated exhibition of Patel’s photography. Nor has there ever been an out-and-out ceramic pottery show, as mentioned by Menon. I personally take this as a hint that this might give us a theme to look forward to for 2018’s edition of Remembering Dashrath. 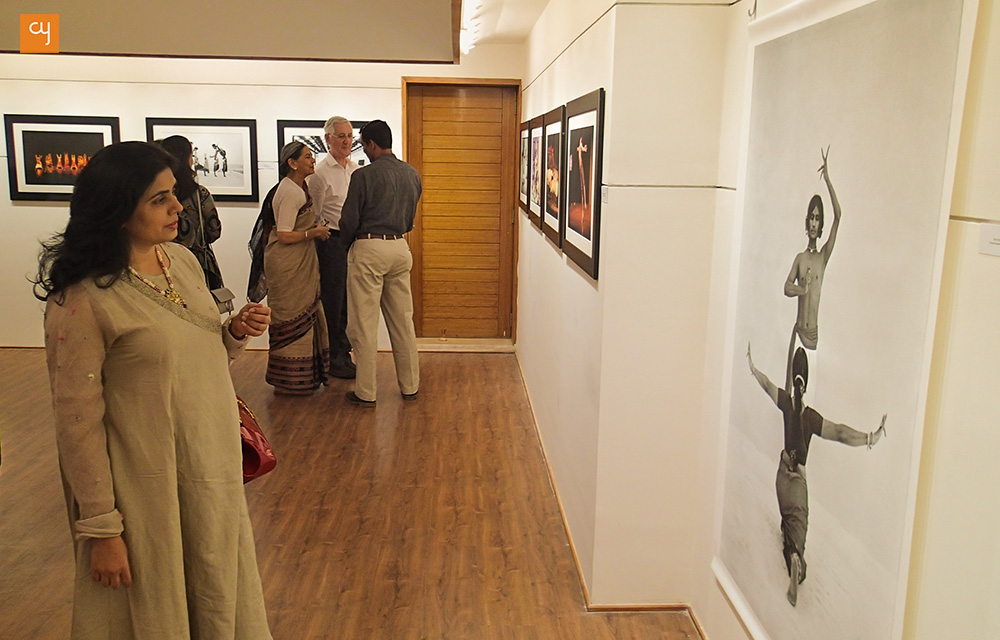 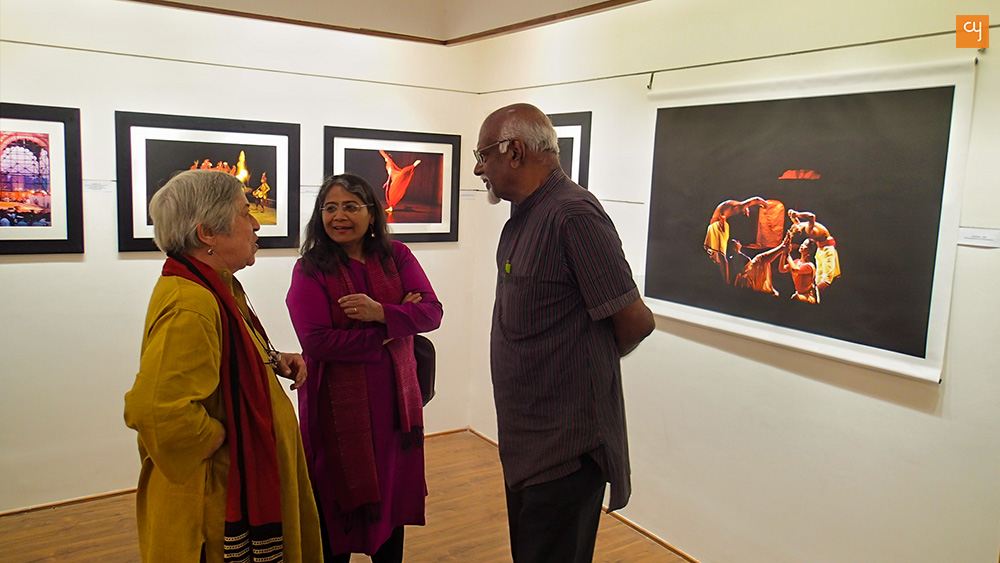 The quality of preciseness with which digitised prints have been made from Patel’s original negatives, by Navjivan Trust, is astounding. The leading publishing house has carefully digitised more than 3000 photographs of his, which were previously in a state of deterioration. The eleven friends of Dashrath, who have been behind these efforts, are also screening an engaging documentary by Iffat Fatima on the simple life of Patel, called In the Realm of the Visual.

The exhibition is an enlightening opportunity for art connoisseurs of Ahmedabad to explore in-depth the visual genius of Dashrath Patel. A must visit.