As soon as I entered the Somalal Shah Art Gallery at Ravishankar Raval Kala Bhavan, and observed Kajaria’s aligned photograph frames, I imagined hearing a call, as if of John Muir whispering, ‘The Mountains are calling.’ “It was an archetypal excursion with an artist friend, prompted by wanderlust, in the meadows and valleys of Chitkul and Triund, which proved to be the birthplace of this exhibition, ”photographer Mitul Kajaria explained. His second solo photography exhibition Folded Landscapes opened on December 15, 2017. The landscapes are naturally majestic but Kajaria’s people-less compositions reminds me the black and white work of a prodigy Indian origin US based lensman Krishan Bansal, the ingenious who creates sheer poetry in his every frame 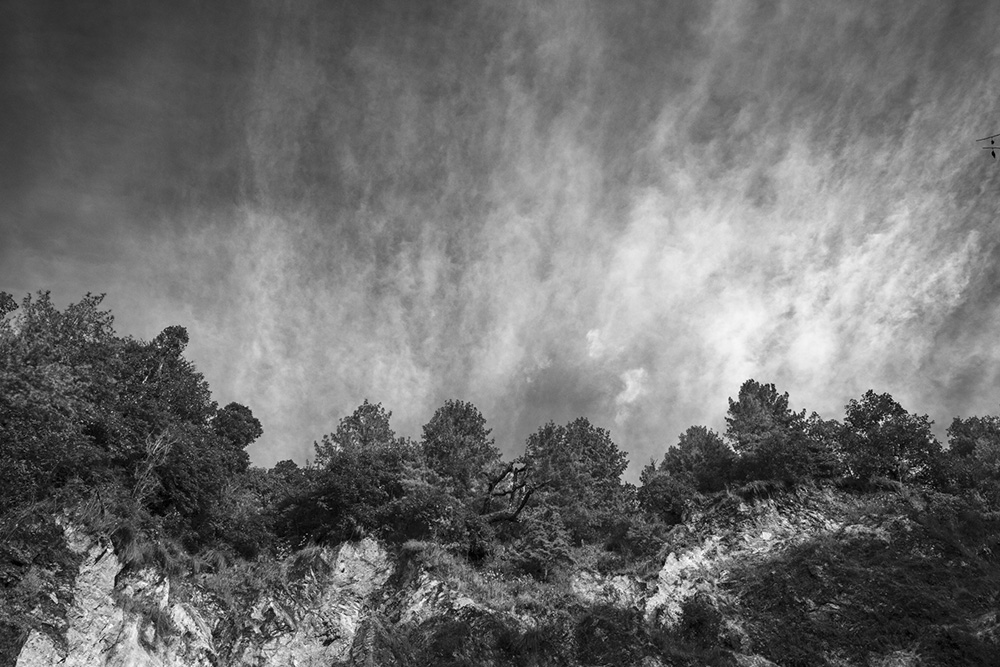 While travelling, Kajaria looked at every tree, river, mountain, rock and cloud through the viewfinder in black and white. The series’ monochromatic tone was therefor a pre-determined one. Three gigantic frames of ‘folded landscapes’ constituted the primary focus of the event. Six photographs – originally all shot from different vantage points at different times of the day – were not amalgamated, but compiled together to create a single panorama frame. Though each of the 30 picturesque photographs in the exhibition narrated Himalayan anecdotes, these three frames stood out. They seemed to create a conversation between them that mingled to form a lengthening landscape. Scenes of two sunsets, scenes of the Baspa River mingling with the grass of the valley, and scenes of a half-mountain completing the mass of another – left me speechless. The collage landscapes are specifically from Chitkul, the last inhabited hamlet adjacent to the Indo-China border. Mitul’s multidimensional vision of deceiving viewers and compelling them to make a statutory use of their imagination and look at it as a single snap did catch me in the loop of asking myself the same question, “how did this eccentric idea struck you?”

The exquisite prints for the exhibit were done at Navjivan Press, a publication founded in pre-independence-era of 1929 by our father of the nation for printing purposes, which has now evolved into a publication house that printed 800 titles and possesses a life-sized visual art and photography archive. And Kajaria is employed in its visual archive department. But the exhibition’s story of Folded Landscapes transported me back nostalgically to the era when photographers dealt with images in the darkroom workshops with safelights to print, wash, edit and conduct other relevant tasks. Kajaria reminisced on that experience, saying, “While printing and editing my shots, a vague idea to combine the images struck my mind. That is how I created the pattern of Folded Landscapes.”

Hailing from the historical city of Kolhapur, Kajaria entered Ahmedabad after completing his undergraduate studies in Architecture from his native place. He worked in the field of spatial design for over three years, but eventually gave that up to follow his passion for capturing still photography. Through the tutelage of Navjivan Trust’s Managing Trustee and the veteran independent lensman Vivek Desai, Kajaria polished his skills in photography.

A self-taught photographer, Kajaria has been involved in the art of capturing stills since the past eight years. His first exhibition Silent Ruminations was based entirely on photographs captured on his cell phone. Kajaria’s work has been featured in 23 national and international group exhibitions and has been published in the National Geographic Traveller Magazine India. A winner at the Barbican London and the India-Africa Photography Contest, he has a visual repertoire of photographs on subjects as diverse as psychological disorders, the Maha Kumbh Mela, Kachchh (in Gujarat) and the Taziya (part of the religious procession of Muharram) 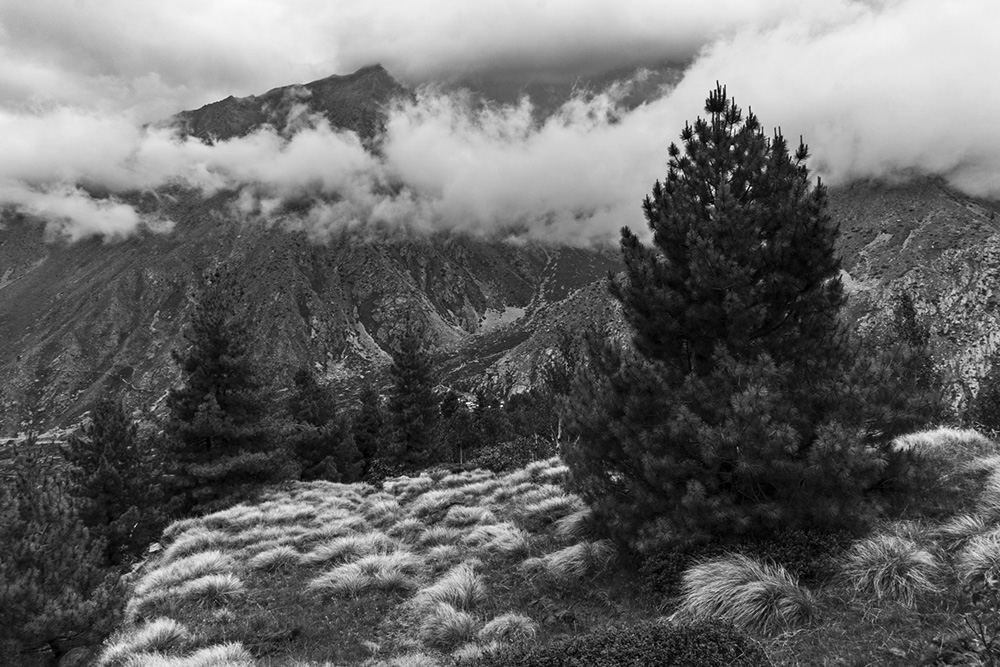 The exhibition awed audience till December 17, and was visited by prodigious and aspiring photographers alike, in search of inspiration.