Priya Pariyani is back with her nineteenth solo show. But this time it is a set of different strokes as she tries her hand at several popular tribal art forms in what is an apparent shift from her signature style and core content about profiling women and womanhood consistently over time; and this while she has off and on made departures of the other kinds even in the past, during her long career as an artist. 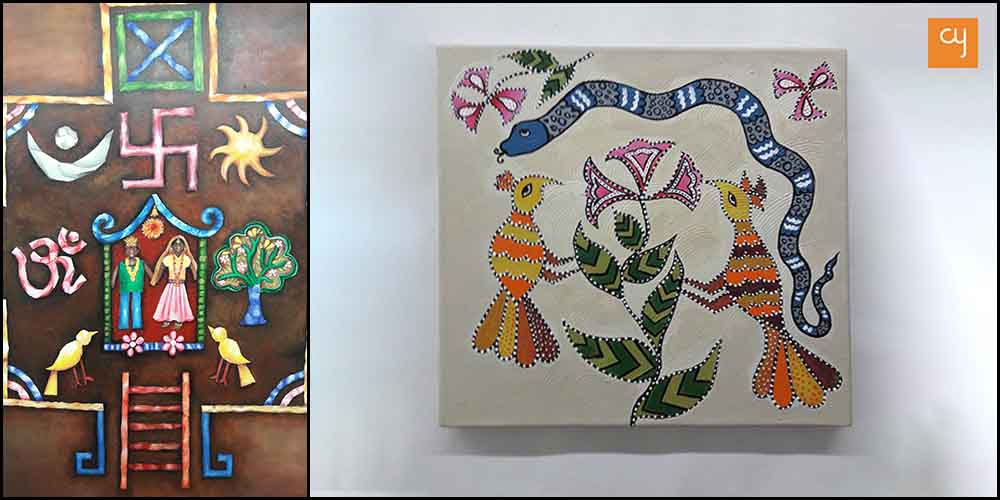 With an idea to project the rich tradition of these tribal forms that entail the painting of the auspicious motifs, birds, flora and fauna; say, nature in all its broad manifestations in human life, Priya embarked upon this ambitious journey to explore on her canvases, the forms like Warli of Maharashtra tribes of the same name as also of Kolis; Gond of Madhya Pradesh; Madhubani of Mithila in Bihar and Nepal; Sohrai practiced in tribal areas of Jharkhand and West Bengal; Pithora practiced in central Gujarat by Rathwa and Bhilala tribes; Phad style done on a cloth in Rajasthan; Sanja observed both as festival and colourful practice of art timed with the pitra-paksha; besides Khovar, Mandana and Bhil of other parts; all of which together cover a vast geographical and cultural landscape of our country.

“In our pressured and rushed routines to know, assimilate, create and see the contemporary in modern times, we have been failing to relate to our vital indigenous forms that have been sustained and nurtured by indigenous people in their homes and around for centuries,” says Priya, who therefore thought of putting together a solo show to replicate and live with some of these forms through her new series. 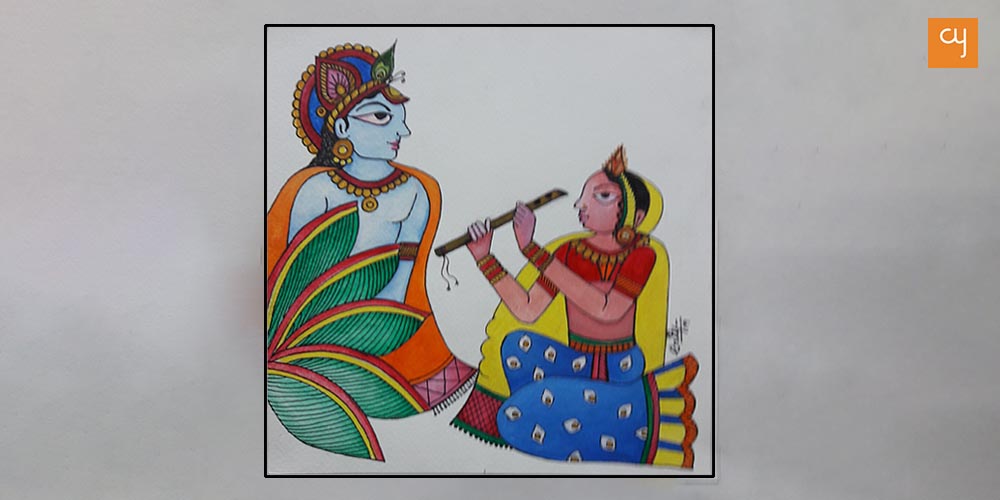 No doubt these tribal or folk forms have their own typical characteristics, symbols, patterns and motifs to project the community’s faiths through a scheme of colours whereby natural ingredients are used more often to locally create the surfaces and colours. These people are known historically to celebrate the special occasions like marriages, births, harvest seasons, change of seasons and festivals by making special creations in their homegrown arts simply learnt and easily practiced by generations of girls and women in the family as part of the community tradition. The common thread, however, remains observance of these seasons and events associated with lifecycle; and a practice with easily available media like mud and khadia and surfaces like home-walls prepared with dung paste for what forms a spontaneous expression of joy and happiness.

Even as Priya, the urban artist, is not a natural part of the folk milieu or any of these traditional arts, nor has she apparently learnt the forms from any master practitioners, she has dwelt on these diverse forms creditably as an ‘outsider.’ For this purpose, she adopted a simple approach in painting her works; mostly using the white ground on canvas and acrylic colours, irrespective of the form she has created. The result is mostly a synchronic body of work all created through 2019. And yet, there are works which break the synchronicity of light motifs and show up as very detailed works; others end up also in pleasing shades of brown, orange and red, especially inauspicious motifs created by girls again during the pitra-paksha (also known as the fortnight of shraddh coming just before Sharad Navratra) in reverence to their ancestors as also the presiding deity Sanja as part of the practice of the art form of the same name. 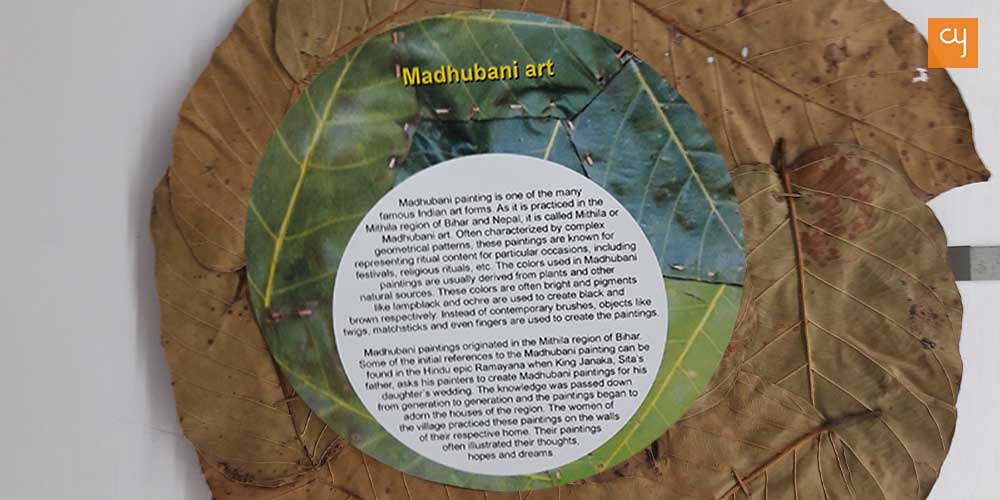 While the show enables Priya to break free to break new ground in her expressive journey, the visitor gets to see the glimpses of several of our folk forms all at once and under one roof. The icing on the cake is provided in the form of introductory notes for each form thoughtfully displayed on leafy plates, followed by three to five works to illustrate the relative form.

The show began on Friday in the presence of a number of Priya’s mentors, gurus and benefactors at the Somalal Shah art Gallery at Ravishankar Raval Kala Bhavan and will remain open till December 17.