Bharati Shah of Ahmedabad is a self-taught artist who has been prolific not only in creating her luminous works but also so in showing them all over the places in home turf and abroad. One who delves more in abstraction as her forte and has interestingly been using cubism as her main technique and style, Bharati started her latest show titled “Metamorphosis” at The Gallery in the Amadvad ni Gufa campus on Tuesday, December 15.

With a couple of shows having already happened at this Gallery over the last weeks or so, the place is coming back to its usual rhythm although Archer Art Gallery and 079 Stories have led the comeback with their shows since August and October respectively after relaxations started trickling in to make things emerge like a new normal, or as some prefer to call it a ‘Para normal’! 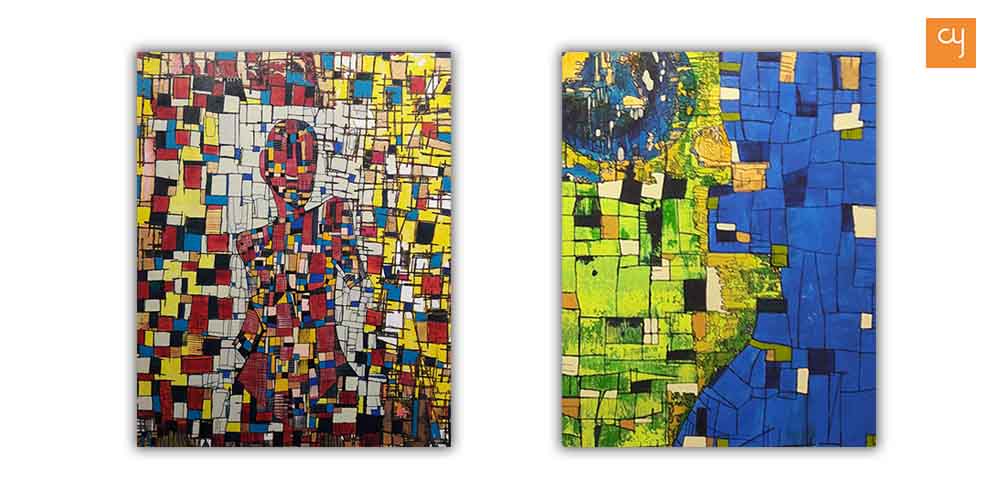 Bharati has been on the art scene for more than two decades; precisely since 1998 when she put up her first solo show in Mumbai. Her first in Ahmedabad came in 2008 at Gufa and she hasn’t looked back ever after; bringing out her works either in solos or through group shows with regularity to qualify as ‘prolific’. Ask her to hazard a guess of her works now stored at her first home in Navrangpura and she says “nothing less than 500.” Ask her of the ones that adorn the collectors’ precincts and she says she has lost count! Surely it’s difficult to have an inventory even otherwise, although there are names like Trupti Dave and Ramesh Halari who look more meticulous even on this aspect.

In between her leaps of creativity Bharati has found occasion or managed her solo shows with élan at places like Hyderabad, Coimbatore, Chennai, Bengaluru besides the nearby Mecca of art the MSU’s Faculty of Art, Vadodara. Her participation in group shows has taken her works to places as far and wide as Chicago and London to Bangkok and Bhutan. The catalogue of the present show informs this one had traveled to Hyderabad just before the Lockdown in March 20 and is also set to be shown at All India Fine Arts and Crafts Society (AIFACS), New Delhi in March 2021. 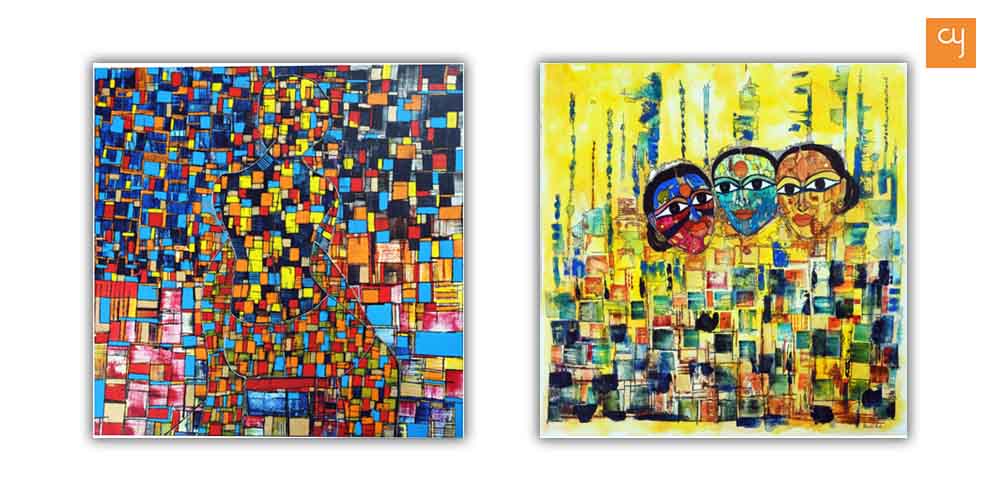 Comprising of 49 recent works now on show The Metamorphosis by Bharati is predominantly and understandably about the metamorphosis or the huge change of the modern women who are making it big and breaking all glass ceilings all over the globe, in ‘developing India’; with the Third world also not lagging behind. The titular work of the show “Metamorphosis of a Woman” and others in the class like The Rising (like a Phoenix) Woman, Waiting (for Wings), Shakti, Kali, Rangavali, Sakhi, et al depict women figuratively or in subtle suggestive forms superimposed or merged elegantly in the cubist ground of the works; and thereby they dwell on the dominant theme of the show!

But besides this thematic segment, there is much else to be seen and reveled at in this collective of works that shine and radiate with luminous acrylics on canvas in keeping with the cubist style that more or less became Bharati’s signature over years unknowingly. Since Bharati has had no formal training, her style developed rather intuitively in initial years, informs the artist, without any realization as to its formal existence as a phase of modern art that is associated mostly with Pablo Picasso and Georges Braque from more than a hundred years back in time from now. The show has works that dwell on wider concerns, for example, Green Earth that juxtaposes green with red to showcase the imminent danger of unsustainable development; Nirvana, depicting a yearning for emancipation from terrestrial life, a thought in Indian philosophy. The artist even treads the Greek mythology when she ventures a work titled Janus, the Greek God of Beginning, Transformation and End, which introduces us to an undiscovered yet ‘known’ concept! 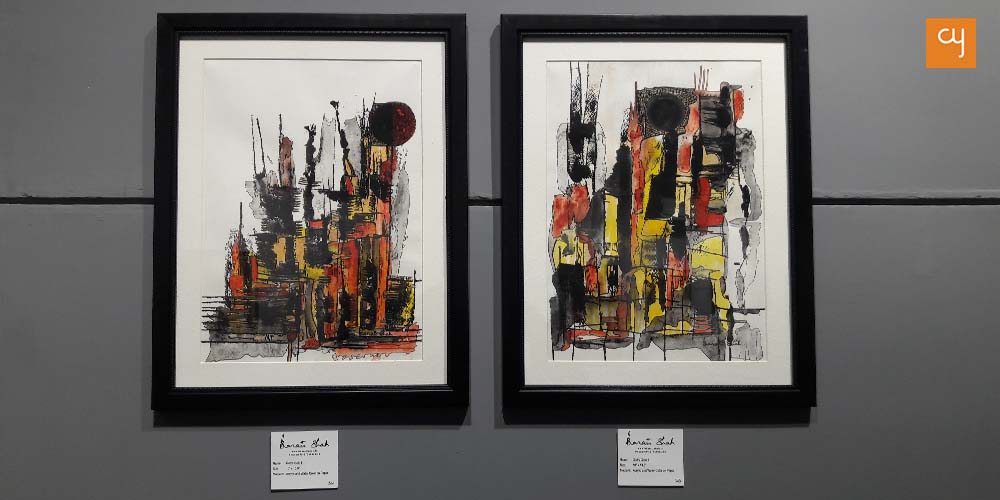 Her series in mixed media of acrylics and water colours on paper has come out as a fantastic visual delight, even as these are abstract too but make a departure from the cubist style. Coming in pairs, works in the series include many while Ruby I and II, Cadmium Island I and II and The Pilgrim I and II are just enchanting!

To use an oft-repeated phrase but with meaning and verve, this show is a riot of colours and themes and should offer something to every visitor depending upon their sensibilities. The traveling show has been brought together neatly with all the descriptive tags, invite and the catalogue by a team led by Bharati’s husband Samir Shah; and the artist obviously revels in this vital support for her focus merely on creativity! The show is on till Sunday, December 20.