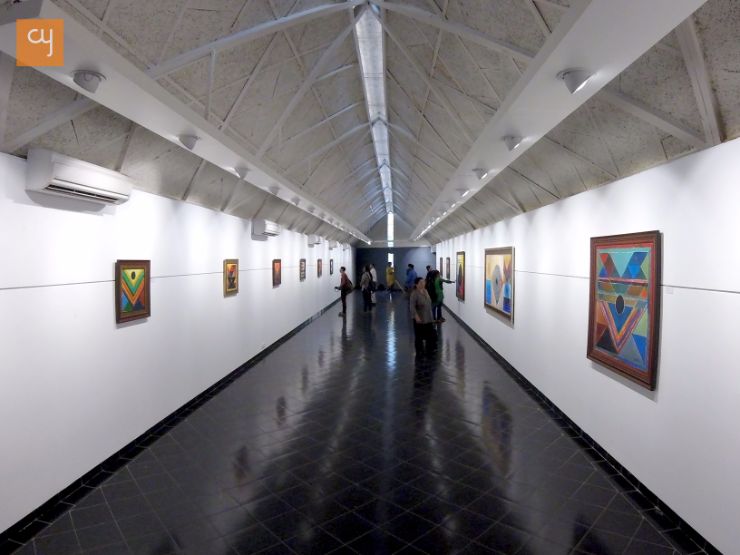 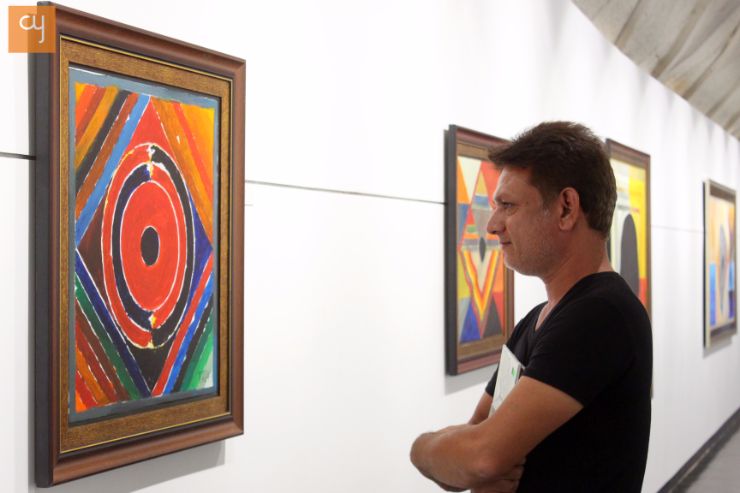 Syed Haider Raza – Master of Colours needs no introduction in Asian Art Market. Ahmedabad’s Archer Art Gallery and Akar Prakar Gallery from Kolkata have assembled an exhibition of the Maestro at The Gallery, Amdavad ni Gufa.

Born in 1922 in Babaria – Madhya Pradesh, he Graduated from Nagpur school of Art in 1943 and J.J. School of Art in 1947. He was one of the founding members of Progressive Artist’s Group. The group which was responsible in revolutionising Indian Art scenario during 50’s.

Raza left India in 1950 to attend Ecole Nationale des Beaux Arts, Paris. He received a French scholarship then. He attended numerous of exhibitions and especially worshipped the works of artists like Matisse, Cezanne and Rousseau.

He made numerous of landscapes and representational works during that period. These works were centred around careful constructions, forms and colour. The works of this period have immense influence of European masters.

During the late 60’s and early 70’s he discovered works of Rothko and Hoffman. He was dazzled. His works began to shift to the non-representational, abstraction, swift and spontaneous strokes of brush became new language of his artworks.

His landscapes became landscapes of his subconscious. In the 1970’s when he lived in France and continued seeking inspiration from European artists, he experienced an urge to trace back his roots. This was the time when he used to make frequent trips to Rajasthan, Gujarat, Banaras, Ajanta and Ellora caves, etc.

After returning from Paris he started exploring ideas rooted in indigenous practices. He studied Jain, Rajput and Bahsoli paintings. He delved into the concepts of colour, geometry and space. His famous “Bindu” series is result of it. 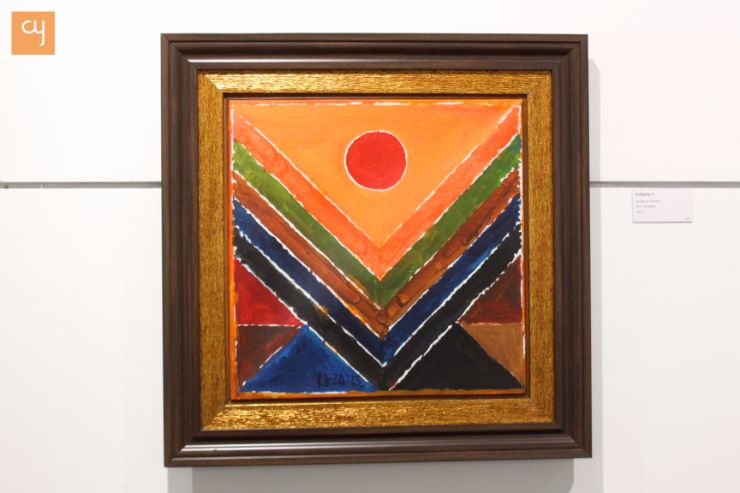 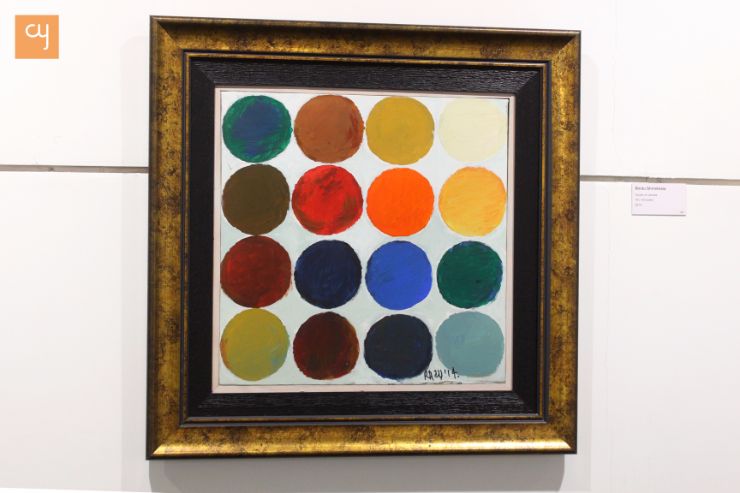 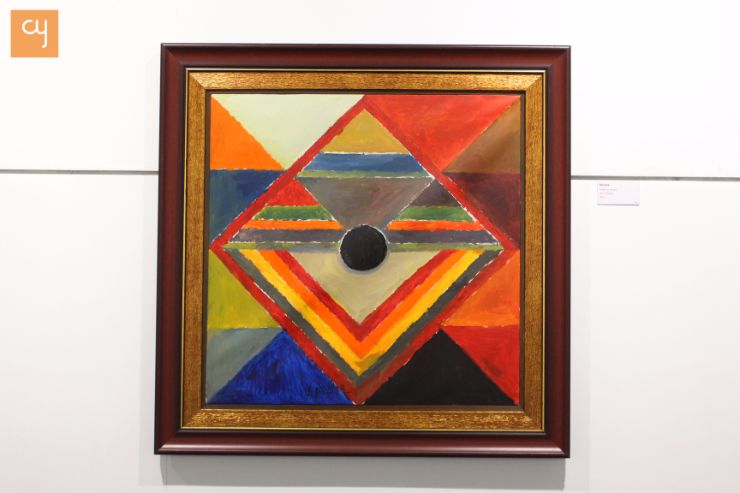 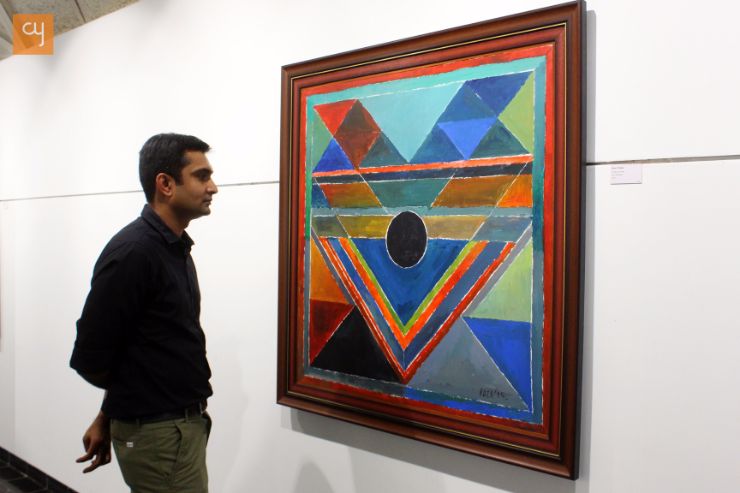 In this exhibitions his 13 artworks from Bindu series are being exhibited. His meticulous and deliberate handling of paint can be understood as an act of meditation or something spiritual. His colour palette takes on entirely new complexion compared to his previous works. Brilliant reds and yellows stand out against large looming forces of black and deep hues. Shapes dissolve in a sea of Colours which are rigidly organised but seems to evolve within the space of the painting. 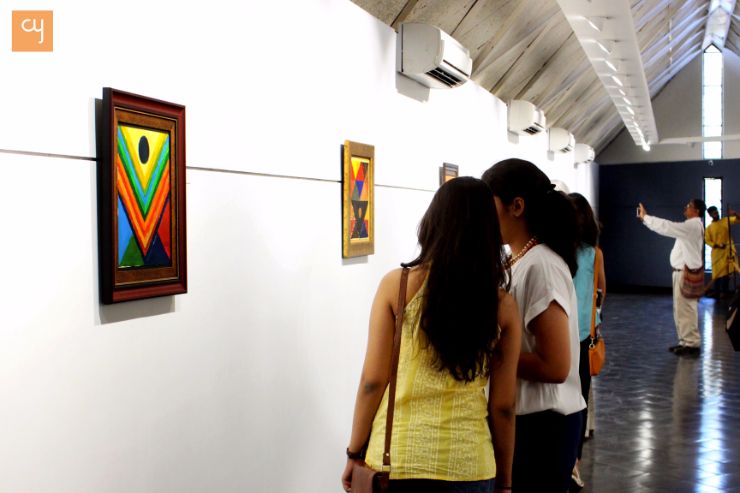 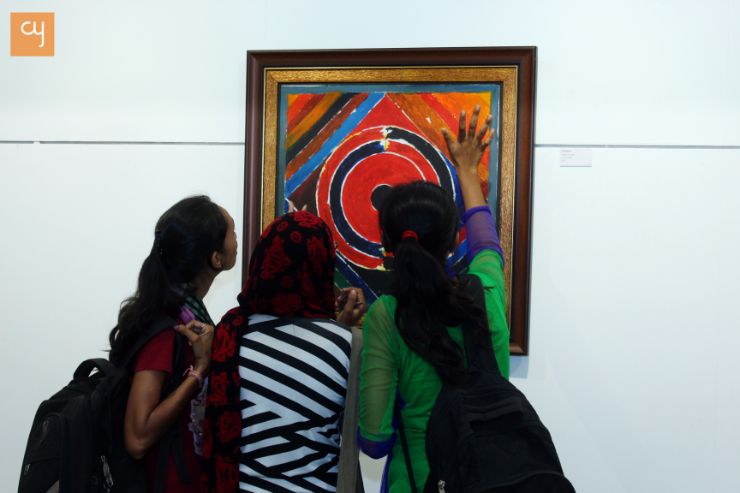 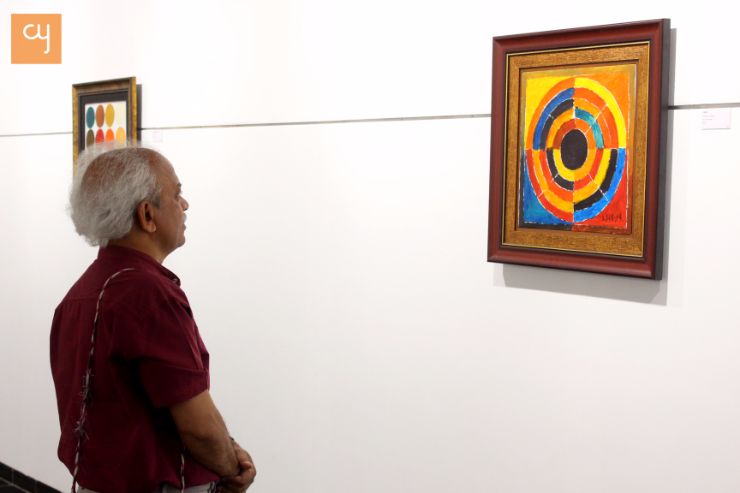 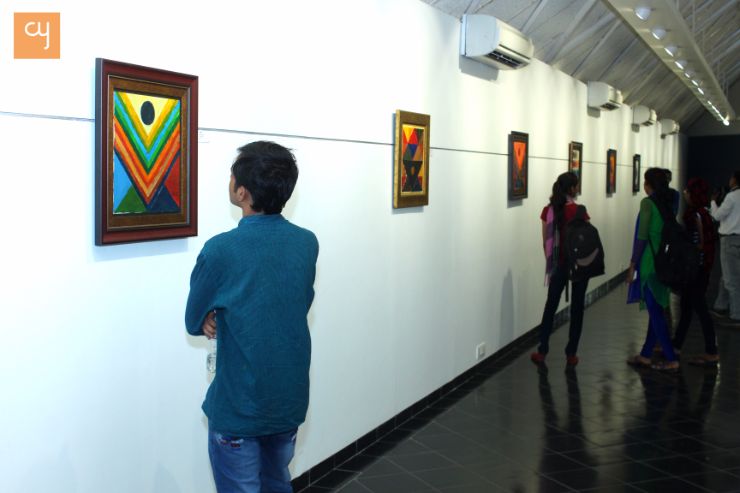 Raza uses series of ethereal shapes in unusual and unique compositions. By painting isolated forms against a largely monochromatic background, Raza allows each form to co-exist, both as an individual entity and as part of the larger whole.

The exhibited works reminds me a quote by Akbar Padamsee “A Colourist needs to master the art of silencing some colours, so as to render others eloquent” – And Raza is a true colorist – these artworks are proof of it.

Raza has been awarded with many awards in his lifetime like Prix de la Critique in 1956, he recieved a Lalit Kala Ratna from the Lalit Kala Akademi, New Delh in 2004. And Padma Bhushan and Padma Shri from the government of India in 2007 and 1981.

Exhibition will remain open till 9th of April, Sunday. The timings are 4pm to 8pm and it’s open for all. Exhibition held a preview on 5th April which was witnessed by many known personalities like B.V Doshi, Anil Relia, Jyoti Bhatt, Subhash Shah, Neena Parikh, Maneesha Doshi and Abhijeet Lath among others. 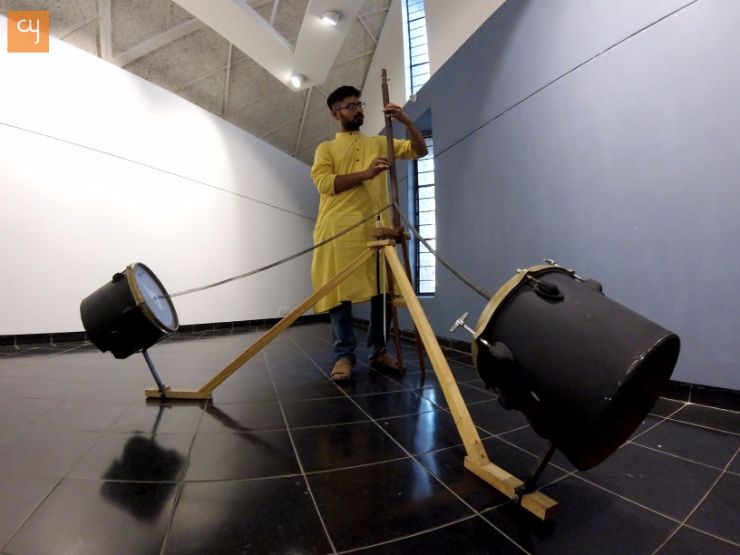 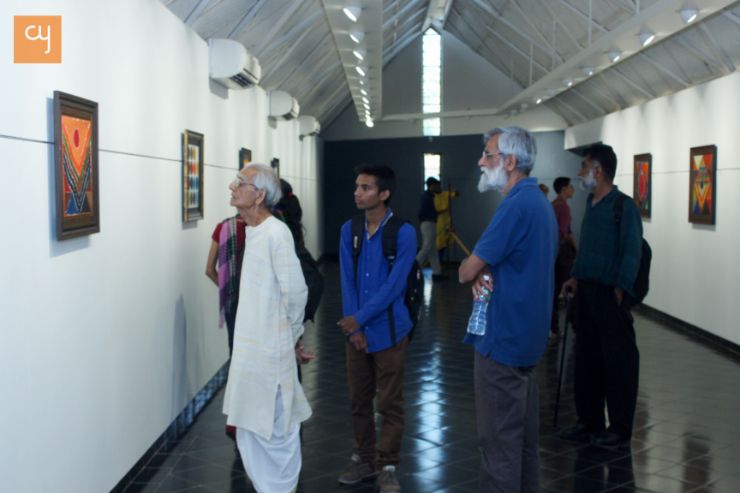