Finding aesthetics and beauty in times of chaos 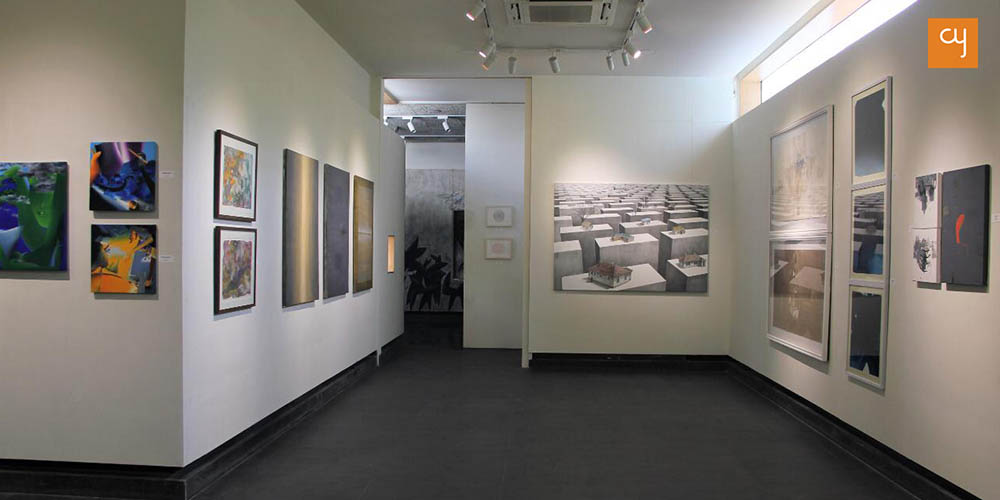 Can chaos really be beautiful? That’s the question you start with when you receive the invite for this art exhibition titled The Beautiful Chaos that attempts to bring back some ‘normalcy’ in the midst of the pandemic which refuses to go away. Actually far from it, it is staying with a recurrent force or at least with the same force even as the life and the man try to fight back by putting up a brave front! 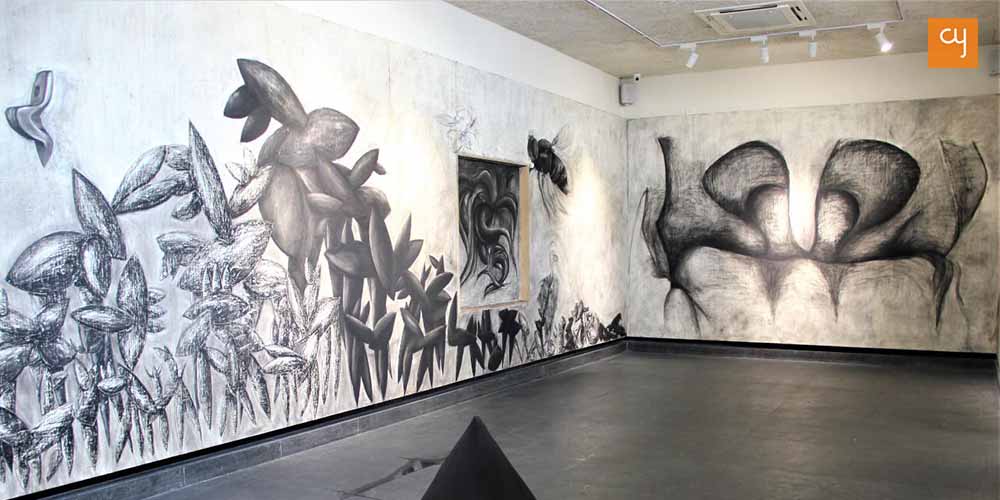 So this show by 079 Stories comes as the third attempt to restore art shows in Ahmedabad – the first two being the Krishna show at Archer and Homage to Our Heroes by Gallery Mosaic featuring Manhar Kapadia – while the chaos continues in parts, thankfully on a low key now that the migration and remigration are over; and we have the terms of the Unlocking period to grapple with, or the ever changing protocols of the World Health Organization to reinterpret with the help of medicos. Surely not to forget the 550 doctors who sacrificed their lives in the line of duty over these six months in India alone. 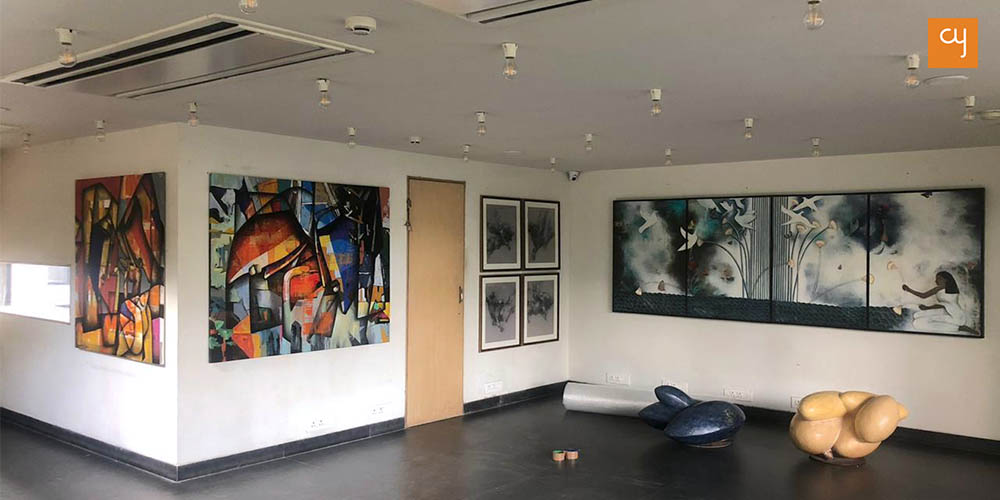 This is in fact a show of creativity dedicated to the undying spirit of humanity, more so of the artist community who had all the time and the churning of thoughts in their minds to download on the canvas while we were all made to force stay indoors, and we are expected to continue doing so even now. The note written by Purva Damani, Founder-Promoter of the 079 Stories as well as the Curator to introduce the present show is very poignant in the whole context. She shifts and links the chaos to ‘transition’ after the pandemic related issues – both foreseen and unforeseen – as also the political upheavals, skirmishes on fronts and natural disasters took a huge toll on the ongoing year 2020. This, by the way, was supposed to be a year of reckoning since at the turn of the century in 2000, many a millennium goals and domain visions were tagged to this year; which is now itself set to end as the most tumultuous year of the 21st century so far! 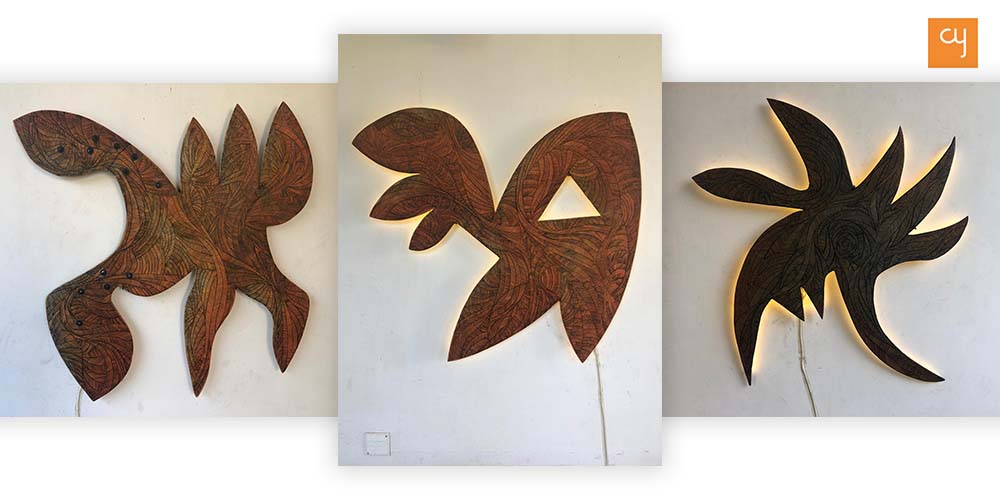 So the show statement by Purva further invokes the likelihood of encountering beauty and hope in emotion and compassion and presents this first live group show by her gallery in about six months. This has participation by 21 artists from Delhi, Kolkata, Vadodara and Apnu Amdavad, among others. The show throws up a ‘mélange of works’ even as it specially puts the spotlight on Vipul Prajapati who proves to be the most prolific with the range of media and surfaces used by him, themes invoked – including the familiar ones around ships and labour force – and number of artworks produced and put up on show mostly through the lock-in period; on Vyom for his unique works in his Call to the Primitive Series and a video installation juxtaposed with four-walls of the giant room of the gallery painted in charcoal to blend with the video stream; and also on Shahenshah Mittal for his enigmatic Language of Existence, a rather complex series of three works. 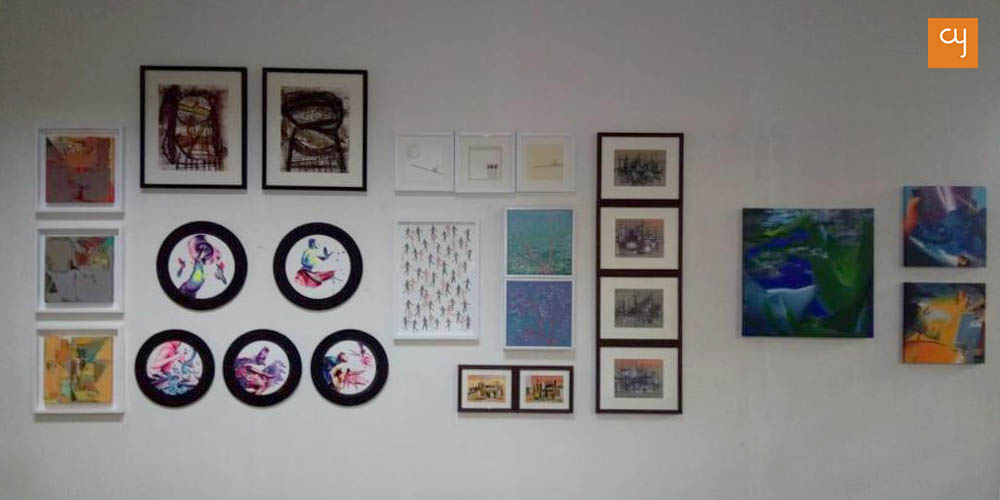 The women artists in the show include Radhika Hamlai who has contributed four of her colourfully and boldly stroked Untitled works in oil on Paper – two of them aptly illustrate the panel of the Concept Note; Heeral Trivedi who contributes two Untitled water colours which feature women in some kind of a landscaped wonderland, while her four-part study titled Roots of Tranquility makes an interesting and absorbing visual statement looking for fountainheads of peace. Nayana Soparkar catches straight on the Lock-Unlock and Chaos theme with her now well-known mini auto-rickshaw sculptures, some of which are upturned here within the clustered display and are placed with locks atop to convey the message. Rachna Badrakia shows five of her pen-on-paper drawings to create her Moon series. 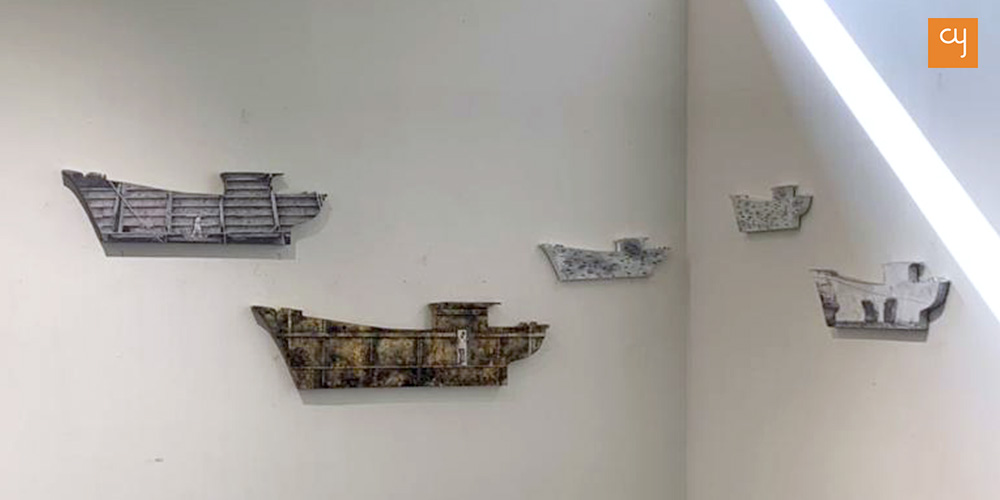 Debashis Dutta stands out for the choice of media inasmuch as he uses off-beat paper pulp, paper-cuts, sticks and new wood with acrylic colours to create two of his studies of the Nature and his neat looking series of four works titled Journey within and without. A work also relates with the New Education Policy – his take apparently being non-conformist through the show of a “bagful of helter-skelter pencils”. Sumedh Kumar and Saumya Bandyopadhyay showcase some brute animal power by painting the Stallions and the Bulls in motion. The show features five round works by Satadru Shovan which are not only prominent for their shape, but also for their bright colours, bold and unconventional themes and longish titles to describe the narrative. Nabibakhsh Mansoori of Ahmedabad offers his signature exuberant oil colours on canvas in themes around Songs in the Sky which create ‘music in the air’ if we Let it Rain “Beyond Oblivion”!  Harshil Patel, also of Ahmedabad who believes his conscience and psyche are intertwined with all that makes the soul of the city of Ahmedabad, expresses this deep connection in his four works that use bold lines nay, ‘dots gone for a walk’ to create what has to be the essential city skyline and its facade. The show has been put up all over the 079 gallery and its precincts. 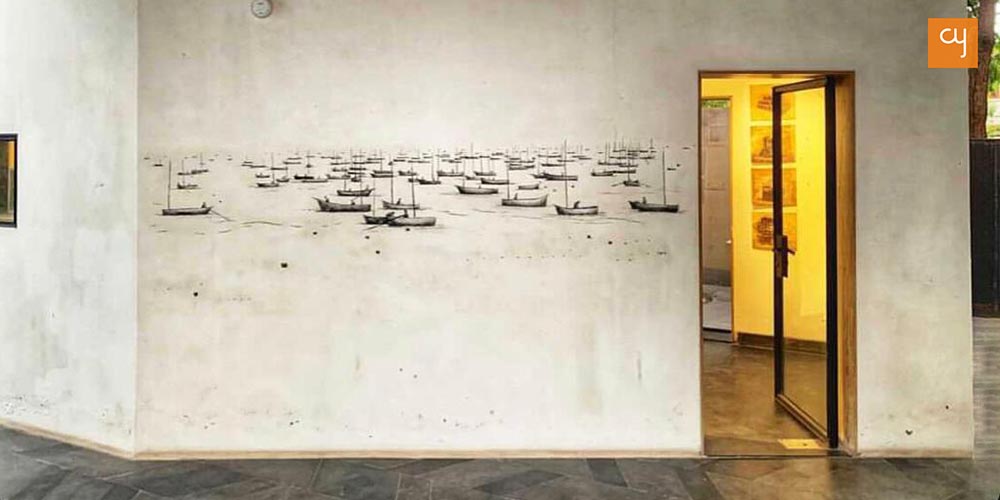 Other artists on show include Malay Saha, Andani Santosh, Arunanshu Chowdhury, Jagannath Paul, Pradip Ahirwar, Mausam Raj Manglla, Shrikant Kadam and Palash Paul. To discover more, do plan a visit by using your discretion based on your own health parameters and calling up Happy or Parizad at the gallery. The Gallery is taking all caution for social distancing, regulating visitors and sanitizing the space. While the show is available till further notice, it can also be viewed online on the website of the Gallery at www.079stories.com.