Krishna Shringara – A Celebration of Krishna in His Worldly Form 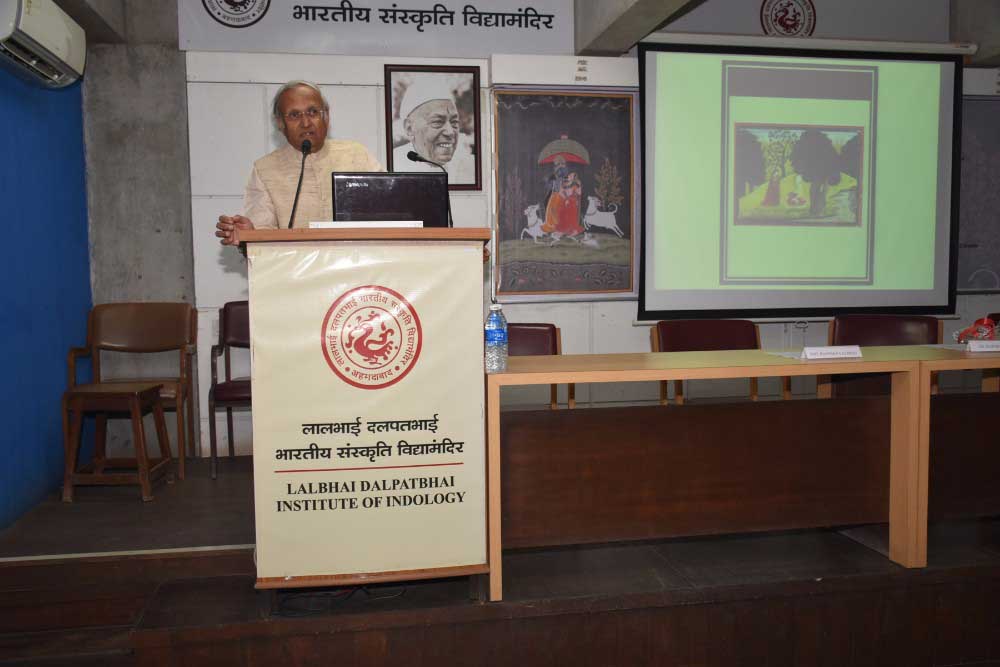 Dr. Harsha Dehejia, an eminent scholar who wears many hats, was in the city to expound on the ancient text Krishna Shringara – where Shringara is one of the 9 Rasas (essences of Indian art), usually translated as attraction or beauty – and its meaning in the canon of Indian Art.

Krishna stealing garments of Gopis when they bathe in a lake is a commonly portrayed scene from his life, one that we are all familiar with. Oft-used to illustrate his naughtiness and mischief, we miss out, in the process, on the scene’s real meaning and significance. Nudity is but a metaphor for the pure atman (soul), and Krishna’s insistence that his followers undress is a way of urging them towards a neutral state – where they can go beyond the differences of male and female – and thus join him.

Eminent Art Historian, Dr. Harsha Dehejia, delivered a lecture on ‘Krishna Shringara’ at the Lalbhai Dalpatbhai Museum on Saturday, 18th of March, to an audience that included some of the most erudite academics, scholars and patrons of art in the city, like Ratan Parimoo, Radhika Lalbhai, Amit Ambalal, Debashish Nayak and Subrata Bhowmick. Dr. Dehejia holds two doctorates in medicine and Ancient Indian Culture. He is an Adjunct Research Professor at Carleton University, Ottawa, Canada, where he teaches about Indian art and, especially, about art related to Krishna. In his own words, he is an Art Philosopher. He seeks and finds Krishna in myriad places, having written extensively on him.

Krishna Shringara is a subject close to Dr. Dehejia’s heart and the lecture itself was brilliant. His academic acumen, and his deep immersion and understanding came across vividly during the lecture, where he expressed himself so precisely that even a layperson could understand what was being discussed, without him having to resort to oversimplifications or trivialisation.

Expounding on the origins of Krishna Shringara, Dr Dehejia said that it was first legitimised in textual form in the Bhagavata Purana, written around 10th century A.D. Much Indian art has its roots in ancient texts, and such is the case here. A lot of devotional art as well as rituals involve the ornamentation (shringara) of Krishna and Radha. He argued that Krishna Shringara is misinterpreted as being simply about eroticism, for people do not understand or look for the metaphors that it embodies. Often, he’s experienced auditoriums full of audiences who come in expectation of erotic content, but soon leave on learning that his lecture, instead, delves into the metaphorical and metaphysical aspects of the subject. Thankfully, at this particular lecture, the audience was completely immersed in Dr Dehejia’s words and greatly admired his knowledge on the subject.

“The Shringara is simple poetry – movingly evocative and sensually charged,” he says. It requires Kamna ni Jignyasa (desire and curiosity) to understand it and only a true Rasik or Rasika – a contemplative person who undertakes serious analysis of objects of beauty – can do so.

Dr Dehejia elaborated on various aspects of Krishna Shringara, like Adhikara (right), Madhurya (melody), Krida (love game), Rasa Lila (dance of divine love) and Viraha (feeling of separation); on how one needs Vismay (wonder) to complete a journey as it is the aesthetic leap which completes it.

Curiously, all of Krishna’s activities in Krishna Shringara are worldly, unlike in the Bhagavad Gita, where they are divine. Dr Dehejia described an image of Vrindavan as a mythic place, sensuously evocative with Madhurdhara – a frozen stream of honey which is, in fact, a metaphor for our atman, or innermost being, in the Krishna Shringara. This vision of atman is very different from that envisioned by Shankara, Ramanujan or Buddhism. It is a richly evocative and robustly sensual atman.

The famous Rasa Lila’s (cosmic dances) of Krishna are, in fact, metaphors through which he gives knowledge. The Bhagavata proclaims the end of Vedic hegemony through Madhurya (melody). It is here that the flute-playing Krishna is evoked – that popular symbol widely illustrated in art as diverse as the folk paintings of Madhubani, the wall paintings of Bundi Fort and the art of Jamini Roy. With the Rasa Lila, the sensual Vrindavan changes into the spiritual. The Rasa (aesthetics) is, in fact, a Dhyaan Mandal with the central bindu (dot) being Krishna and the Gopis being the circumference, and it is through this, that the space of Vrindavan becomes sacred. This is the only time in the Bhagavata Purana when Krishna shows his divine form; when the linear time of Vrindavan becomes circular. The Bhagavata Purana inaugurated the Sakar Brahman (in Form), as before this there was only the Nirakar Brahman (Formless).

Interestingly enough, Radha is not found in the initial versions of the Bhagavata Purana; for with Radha, the Bhagavata Purana cannot be Advaita (non-dual). She was introduced many centuries later by Jaidev, who inaugurated the Dvaita (duality) philosophy, which was then picked up by the spiritual leader Chaitanya who started a different tradition. 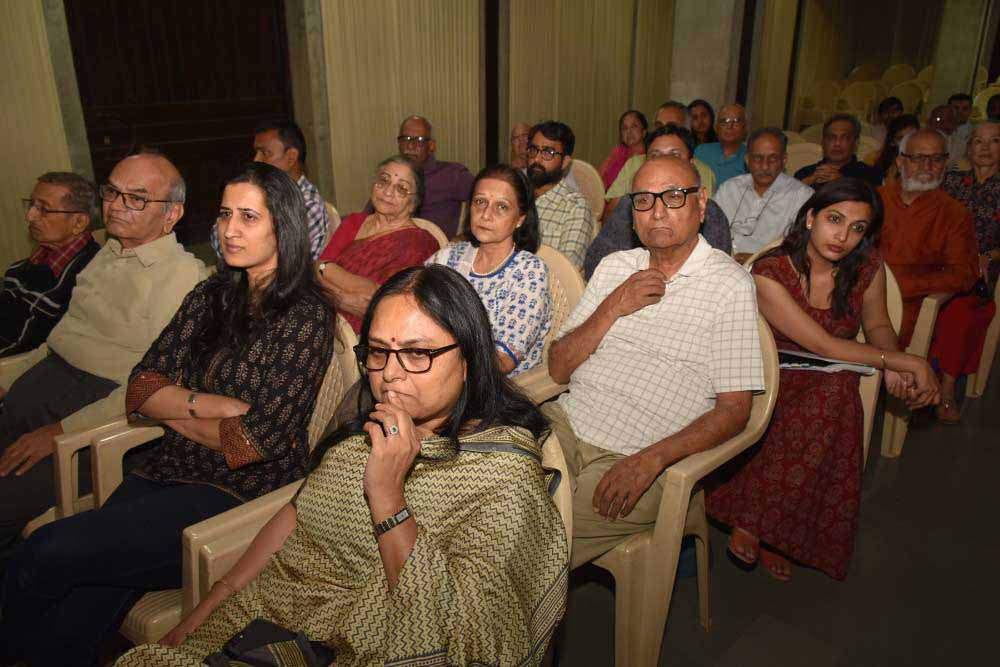 Dr Dehejia’s lecture was extremely educational and not the least bit boring. Its profundity lay in its simplicity. We hope that the Museum organises many more such activities, lending the opportunity to listen to, and interact with more scholars like him.