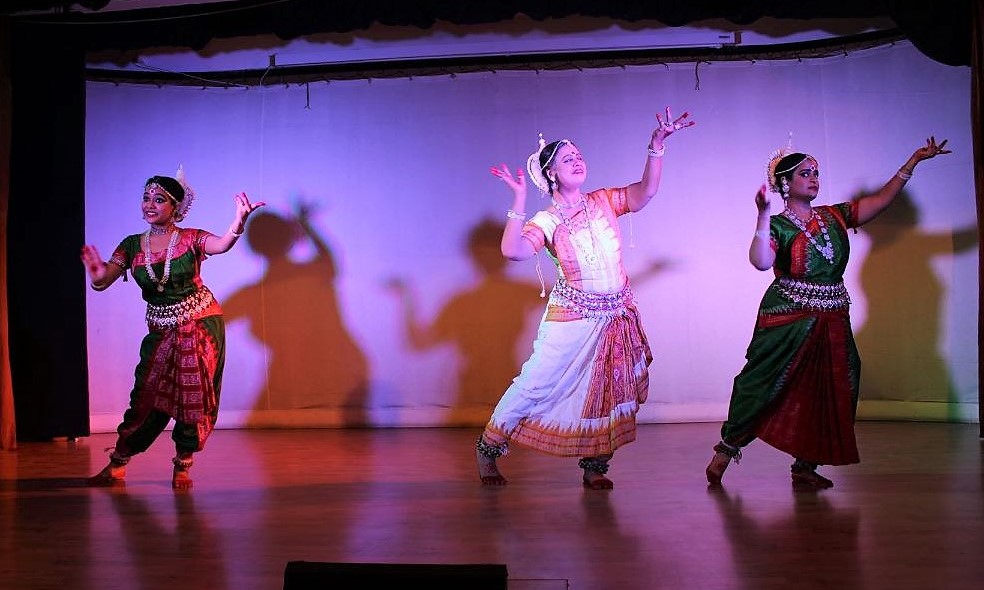 In his right hand, Krishna held the Sundarshan Chakra. As much a symbol of continuity and auspiciousness, it was a weapon with lethal powers. Krishna did use it against Shishupal. Gandhi moved with his right hand the chakra of his Charkha (Spinning Wheel). With the cotton thread it spun, it had the power to provide sustenance to millions. Dinkar Joshi felt prompted to write his book Chakra-thi Charkha Sudhi by Ram Manohar Lohia’s cryptic observation on Gandhi’s death. The line in Hindi (aaj Yamuna ne Dwarika ka run chukaaya) can be translated as ‘The Yamuna paid off its debt to Dwarika today.’ The book, in turn, prompted Suprava Mishra to produce and present at Vishwakosh Bhavan last Saturday an Odissi dance drama Mohan-thi Mohan Sudhi.

Both combined action (karma) with knowledge (gnan) as the writer, who had specially come to see the performance, pointed out. A deity, Krishna could see truth and tried all the ways he knew to establish dharma as the guiding force in life. Gandhi, not necessarily an infallible human being, modestly and assertively explored truth. There is as much divergence as convergence in their ways to work for social good. One enjoys mythical eminence in the way of life we follow as a tradition and the other demonstrated how a man with a fragile body could fearlessly uphold universal values without adding divine dimensions to his contour and challenge a mighty power. 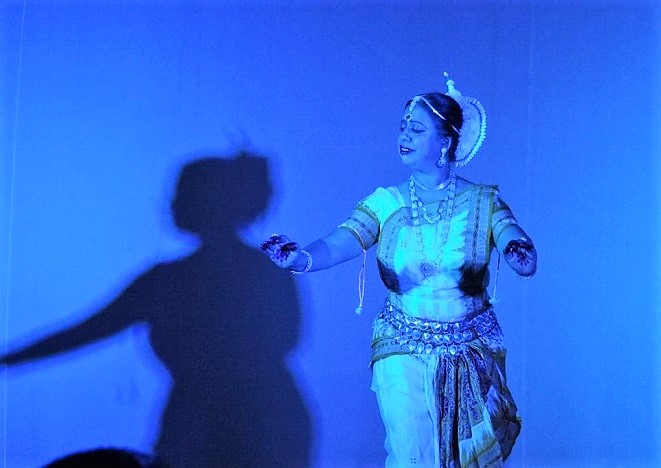 Odissi dancer-choreographer Suprava Mishra’s effort to keep the flame of Odissi going in Ahmedabad through training and performances deserves appreciation. Notably, she tries to walk off the beaten track even if modestly in her dance productions. This one on Lord Krishna and Mahatma Gandhi giving glimpses of the parallels in their lives, as reflected in their philosophy and action, coinciding with a convergence of values, proved quite engaging in its attempt to make an appeal to the mind rather than just the heart. The theme has a reference to the age-old tradition of the land and at the same time to contemporary life.

A modest success in the thematic communication the writer has in mind, a couple of well-choreographed group scenes in Odissi and a dash or two of the local folk dance, relatively striking portrayals of Shri Krishna (Falguni does it with an upright stance, steady eyes and a compassionate smile) and Shakuni (Shraddha does it with an appreciably dramatic body language and a good understanding of the character), songs (Tushar Shukla), Bhajans (Meera, Narasinh) and shlokas from the Gita appropriately rendered and glimpses of two epoch-making lives are among the highlights of the presentation. 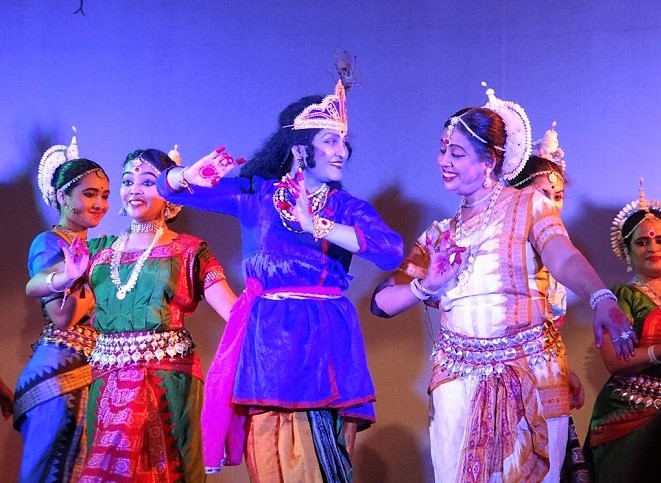 While the togetherness of Krishna and Radha remains quite pleasing, the portrayal of Gandhi one feels should have been better left to a slimmer girl with a face comfortable in carrying compassion and pensiveness. The choreographer would have then had time and attention for greater clarity and acceptability, and for an even rhythm in sketching episodes and characters, whether through dance or dramatic enactment.

The scenes largely remain disjointed and overall the dance drama needs a smoother flow. The flow also gets interrupted with longish intermittent narratives by way of coordination. They have been diligently culled by Falguni Hiren from the book and have been delivered with clear pronunciation and the right modulation by her. In a dance drama, however, the visual flow should not have been held back from time to time. For the theme that the piece endeavours to develop, it needs a lot more suggestive power as well. Mohan-thi Mohan Sudhi leaves scope in its stage performance to be at the elevated level of its extraordinary characters, the ideas they represent and the action they guided and have become points of reference in our long history.