Bhagavadajjukeeyam is a roaring success at Theatre Olympics 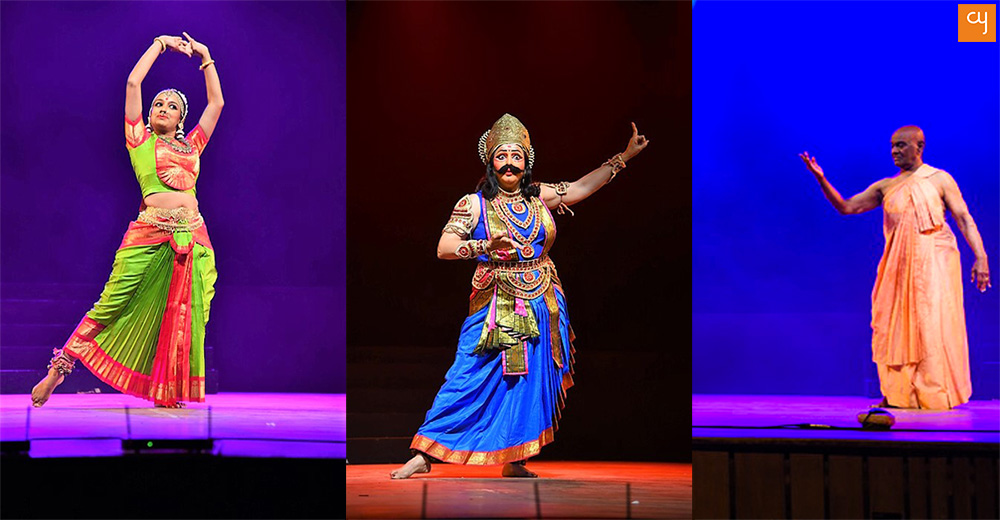 Bodhayana wrote Bhagavadajjukeeyam in the 7th century as a satire on Buddhism. His dramatic talent, however, far exceeded his intent and the Sanskrit classic remains a source of interest for many performers. Both translations and performances have been attempted even in Gujarati. As the inaugural performance at the chapter of the 8th Theatre Olympics at the Tagore Hall on Saturday, Bhagavadujjukeeyam, a dance drama choreographed by the internationally reputed Kuchipudi exponent Raja Radha Reddy with artistic directorial touches by Kaushalya Reddy, was a roaring success and received a standing ovation. 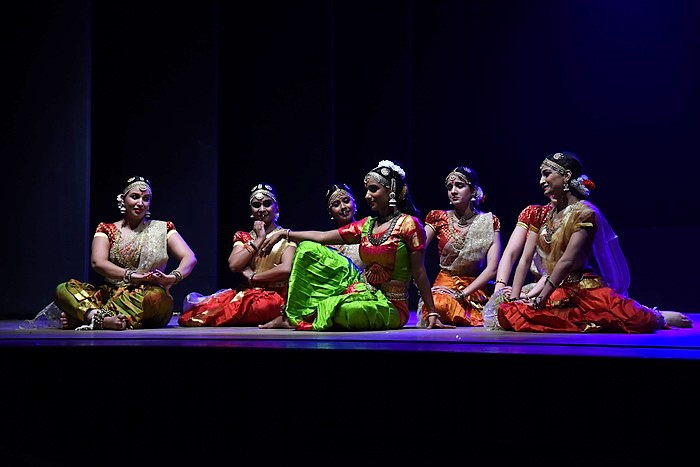 We have seen this dainty creative piece done by stage actors and, true to the classical Sanskrit Prahasana form, the mainstay in these performances has been laughter with the Buddhist monk in it acting and behaving like the curvaceous courtesan and the Ganika sloughi off her enchanting angavinyas and becoming an austere-looking stern ascetic. The major performers in this Natya Tarangini (New Delhi) production being excellently trained dancers, they bring in a dash of grace and restraint in their presentation. 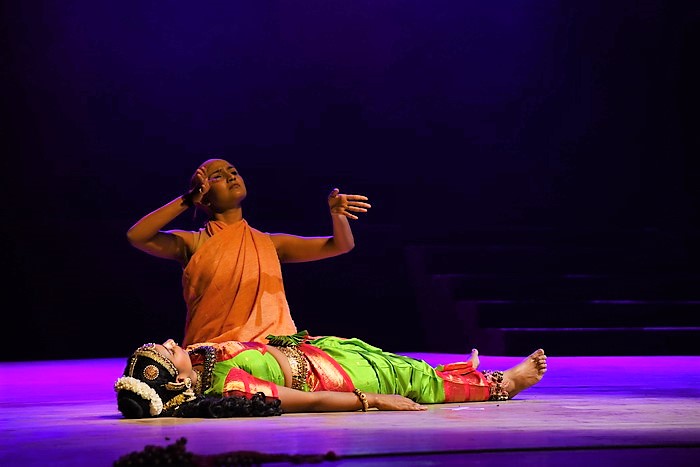 Yamini’s Vasantasena combines her alluring ways with refined tastes, a trait Sanskrit classical tradition associates with a Ganika. Right from the moment she emerges from behind the yavanika, a Rasika won’t like their eyes to stray from her subtly suggestive netrabhinaya, her supplely changing angabhangi and radiating feminine dignity. As if with magic potion poured into her being, when she turns the Buddhist Monk, all these seductive feminine attributes have melted away and she stands upright, taking over his preaching with equipoise.

Raja is literally looked up to as a Guru and greatly revered. The Bhagavad wakes up with her feminine charm, which drips from the feminine padachalan fondly described in Sanskrit, slantwise looks, a glimpse of the swaying waistline and bashful sanyukta hasta-mudras. The one who becomes the darling of all viewers, however, is the girl who plays the confused disciple Shandilya – Bhavana, the youngest member of the illustrious Reddy family. Her Shandilya is the character the playwright, it seems, had in mind. Playful, light on feet, impetuous and impish, this Shandilys looks an effortless portrayal. The bewilderment this young performer tellingly expresses with hands and face is shared by the viewers : ‘Bhagwan is not Bhagwan and Ajjuka is not Ajjuka!’ There is a comedy of situations in the play. It is remarkably handled with artistic restraint. 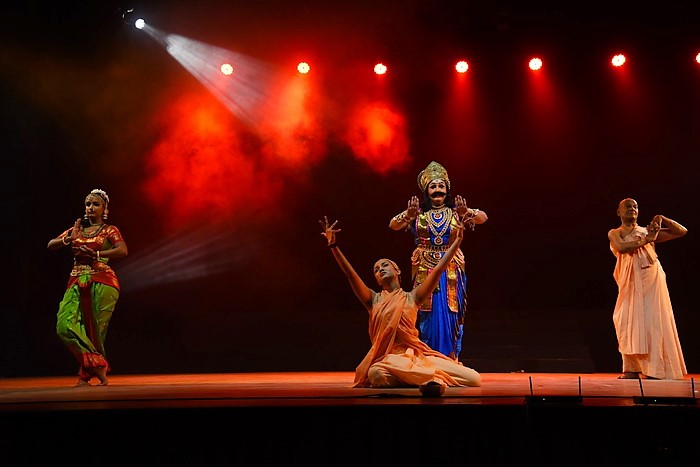 Everyone can make mistakes. At the root of the hilarious happenings is the Yamaduta’s mistake. Shloka, who plays Yamaduta with gusto, is at ease as much in making it as in setting it right. Incidentally, Shandilya and Yamaduta, played by girls, are an instance of parakaaya-pravesh too. Radha Reddy has much to coordinate backstage. She manages it all pretty well with efficiency. There were a disconcerting minute or two in the beginning though. Harry’s lights do a bit of choreography, too!