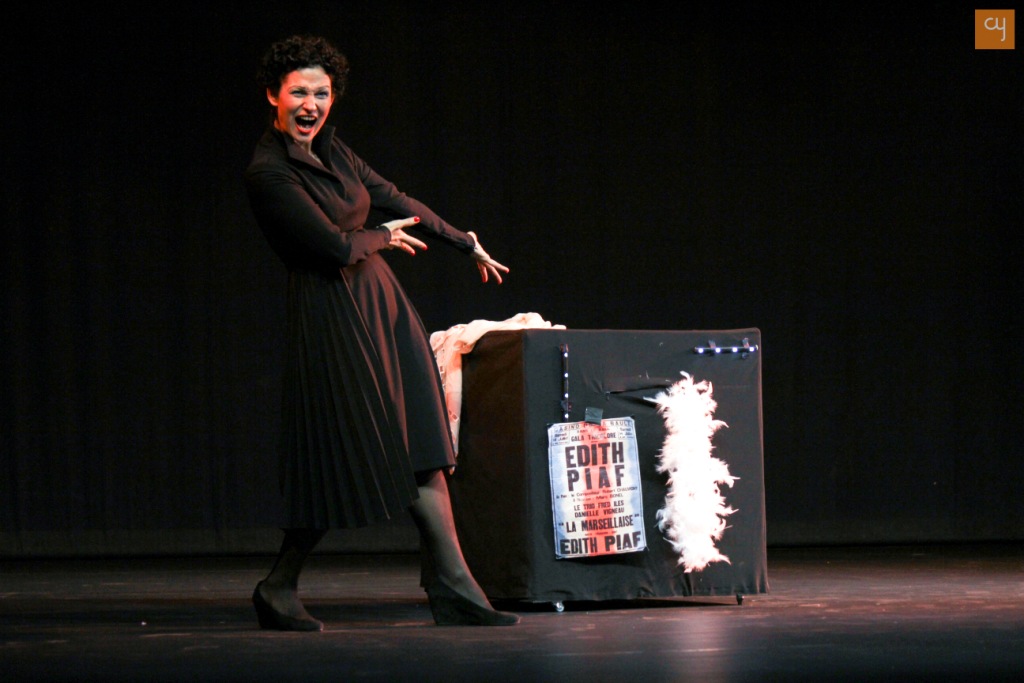 In no time were all doubts set to rest on the third day of the ongoing Theatre Olympics at the Tagore Hall. Local coordinator of the event Bhargav Thakkar looked elated that young viewers had nearly packed the auditorium. They had the hunch that neither the language, French and German, nor the form of a solo performance in the German Theatre Group’s It’s Me, Edith Piaf would be a barrier. It is the theatre that speaks to keen listeners. 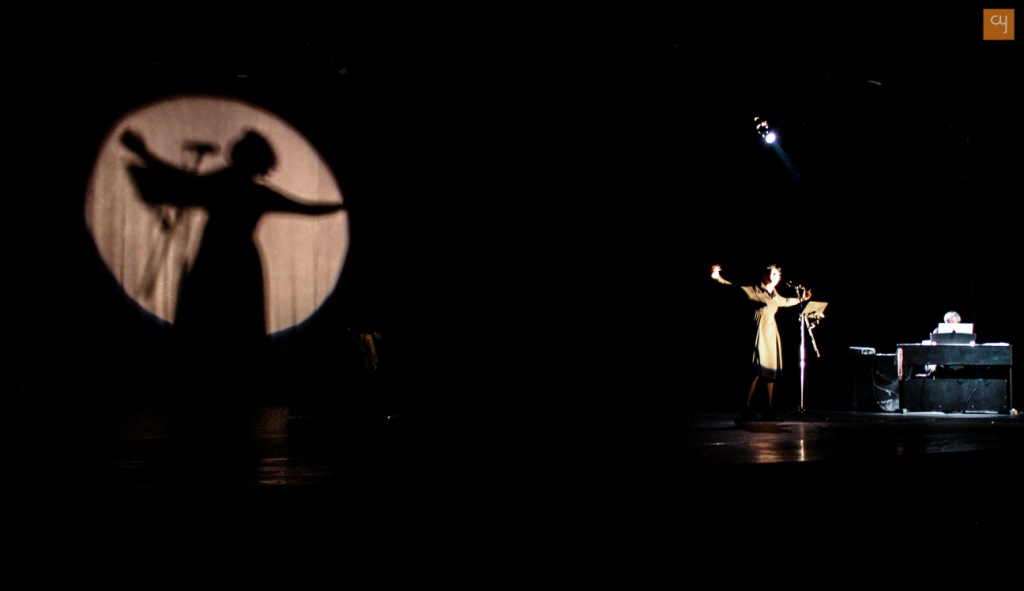 The winner was Anastasia Weinmar, a gifted actor with an expressive visage. Anastasia has a cultivated voice both as a singer and an actor. In her first-person narrative concerning Piaf’s childhood, singing in the streets of Paris, struggle for existence, her encounters with villains, chance meetings with guides and patrons, a gradual success with its culmination in New York, and concerning life and love, she uses prose in German interspersed with her emotional outpourings and occasional interactions besides details about her life journey. 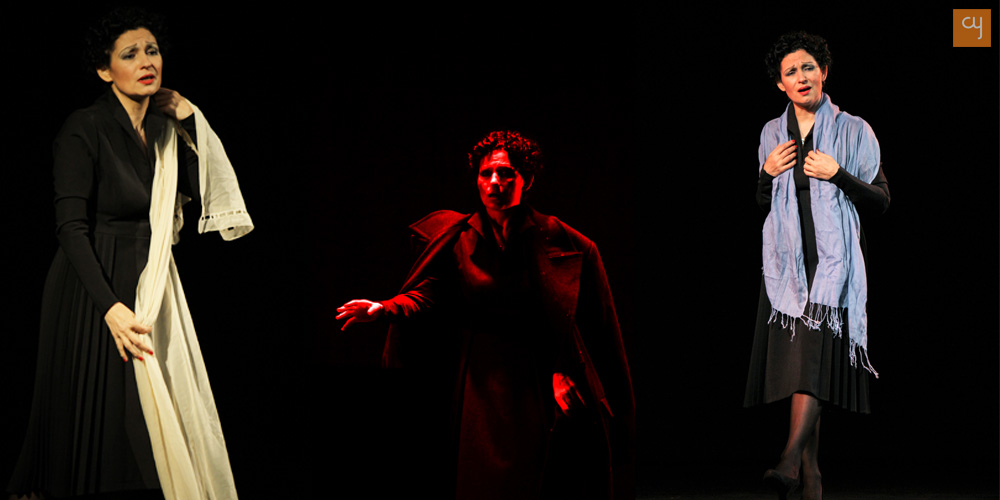 Anastasia sings Piaf’s lyrics in French, with an exception of one in English. She has the depth and a range rising from the lowest octave and going up to soprano. She puts her heart and soul into singing, at times eyes moist.  She sings lyrics Piaf had sung and grown in stature with, finally becoming an icon internationally. La Vie en Rose is Piaf’s signature song that Ananstasia rendered getting one with the character. Like Edith Piaf, Anastasia celebrates life, love and singing. Even when it is literally painful for her to live, Piaf has the guts to tell her lover, who she has not met for long and is now expected to come, ‘I live. You wanted me to keep living.’ An artist never gives up. She is as much passionate about living as she is about her art. 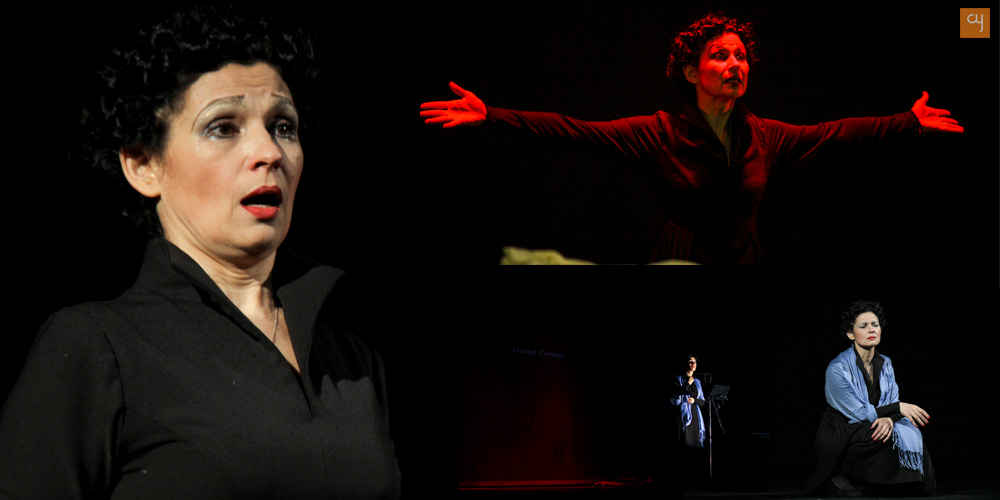 Anastasia brought Edith Piaf, ‘a little sparrow‘ at one time, now a legend, close to even those who had not earlier known her. With soft notes, the pianist powerfully supports her moods and emotions. As Piaf she turned a bare stage into one full of people, possibilities and hope. She had a ‘magic box’ by her side from which she pulled out small things like a pullover, scarves of varying colours, a feather and the like. Judging by the subtitles, Nina Mazur’s script is significantly good. The performance has received E. Boginskaya’s direction.

Internationales Berliner Drama Theatre’s It’s Me, Edith Piaf with Anastasia Weinmar in the pivotal role is a touching monodrama performance viewers would remember for long.