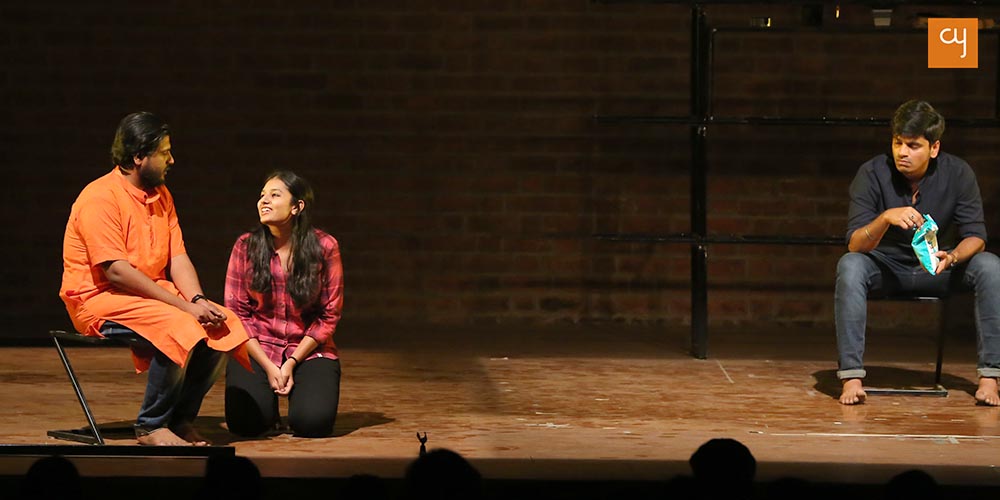 At the 79th and concluding show of performing arts Abhivyakti Edition Three it was felt the City Project had triggered fresh creative ideas in a few cases. At the show on March 1 it was Anti Clock’s an hour-long play In Between in Gujarati both written and directed by the same person Ankit Gor, who happened to be the Curator of theatre events. Remaining away from mainstream themes and formats, along with others he is known to explore dramatic performances rather experimental in their treatment of the theme and presentation at smaller auditoria – our counterpart of the British fringe theatre.

In Between almost holds a mirror up to the relationship between a young woman and a young man outside the traditional system of marriage with a social sanction. Chintal (Jainil) and Vishal (Vishal Shah), a woman who has a job in an office and a man who is a writer and currently does not go out for work, are in  live-in relationship for close to five years. A third character (Ankit Gor), their landlord Devendra, enters their small house right at midnight one day for a flimsy reason and through conversations with them tries to become a catalyst of change in their attitudes to each other. 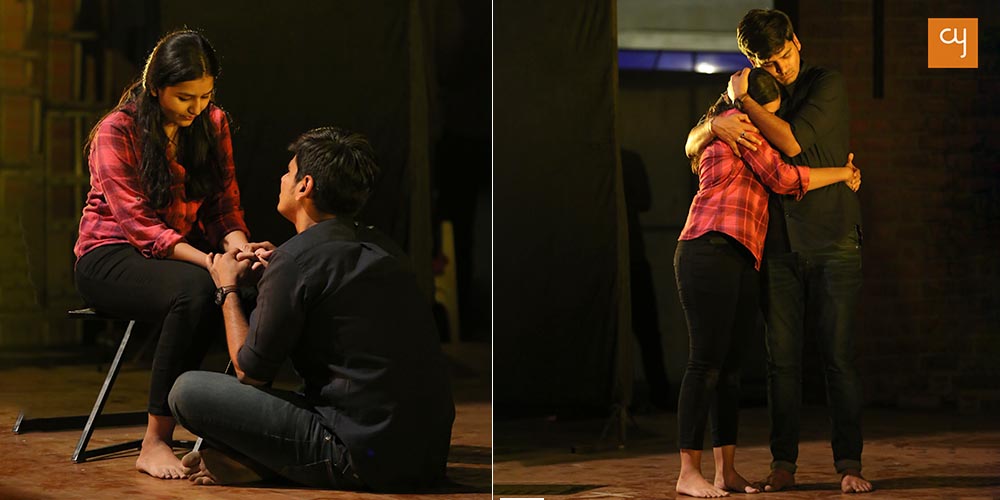 What is remarkable about this theatre experience is that the viewers, most of them the couple’s age, sitting chock-a-block on the ground in front and occupying chairs behind, over 600, are completely in tune with the happenings and the ideas underlying. They identify with the situation, the relationship, the inroads the nocturnal guest makes into the relationship, the couple’s embarrassment, the outbursts revealing their character, and the underlying humour. They do get disturbingly a bit zealous in the beginning but reassuringly greet the silent tense moments on the stage with mature silence.

One wonders how the couple has pulled on together for nearly five years. The chirpy young woman like any average modern educated girl with a job has a bee in the bonnet about what she is. She is irrepressibly impatient and can’t put up with an opinion contrary to her own. When in a flow, she herself admits, she has no control over language. She gets aggressive. The young man seems to remain at the receiving end. He would rather withdraw himself from a crowd, won’t engage in a small talk and is not quick to form a judgment on others and their affairs. Perhaps his being a writer explains his temperament.

The intruding character, the elderly landlord is unmarried but has interesting observations. Minor quarrels, accordingly to him, have a psychological function. They make you relaxed. He introduces the game of role play – each of the three in turn takes a different role – and differences between the two come to the fore. The landlord’s observation, though it may sound judgmental, seems to carry sense. He tells them, ‘Not that you do not know each other, but you are not ready to understand each other.’ This looks true even as regards a very delicate matter that comes to light towards the end. 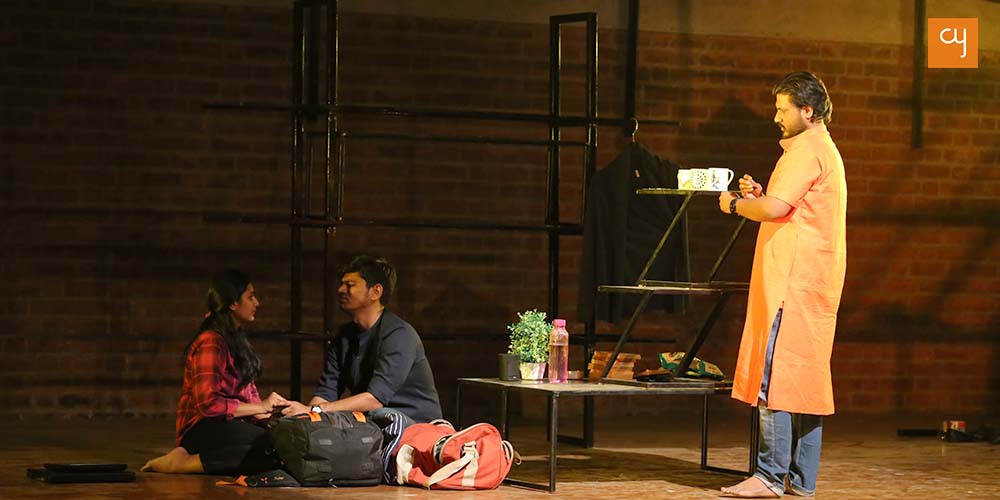 There is not much of physical action in the play. Without the ingenious and crisp dialogue strewn with humour all through it could have become verbose and dull. With them instead and with moments of inbuilt silence in In Between, writer-director Ankit Gor gives an entertaining play with serious undertones. Jainil Shah and Vishal Shah with their ‘compatibility to quarrel’ keep the play alive with their verbal sparks. Radhika’s sets, Anahita’s lights and Akash’s music by choice remain at a low key to highlight the dramatic theme.