The great visual saga of the Indian Portrait moves on! Written with a huge penchant for its historic significance and a certain episodic regularity by Anil Relia of Archer Arts Gallery, this saga entered its eleventh edition on Tuesday. This one comprises of veteran artist Jyoti Bhatt’s photographs of his contemporaries – all men and women of eminence in arts! Several of them are from Bhatt’s own Alma mater, the famed Faculty of Fine Arts at MS University Baroda.

This show of photographs of the portraiture variety titled “The Indian Portrait – XI” was opened on Tuesday, March 03 at The Gallery in Amdavad ni Gufa premises by architect Bal Krishna Doshi in the presence of litterateur-critic Kumarpal Desai, artist Amit Ambalal, Bhatt’s wife Jyotsana and a host of other regulars from the fraternity of artists and art buffs. 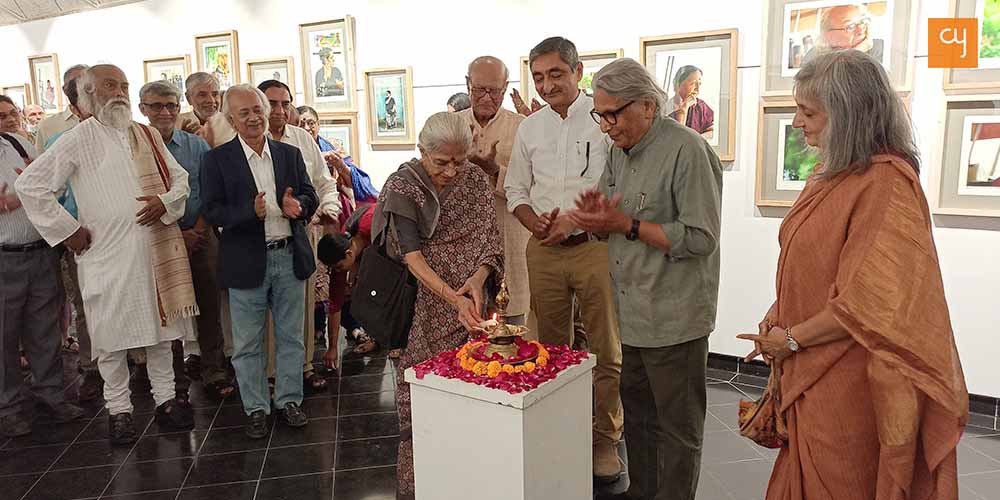 Coming in his now famed series that has a website of its own at www.indianportrait.com, this XI th edition has been pieced together by Anil Relia from his collection of portraits which has kept growing in size and range while he has continued showing it alongside under various themes since 2010 when the first edition was mounted and shown in October of that year. That 1st edition had featured ‘miniatures to modern portraits’. The X th edition of the series shown in September 2019 was titled ‘Visions of a Bygone Era 1590-1890’. 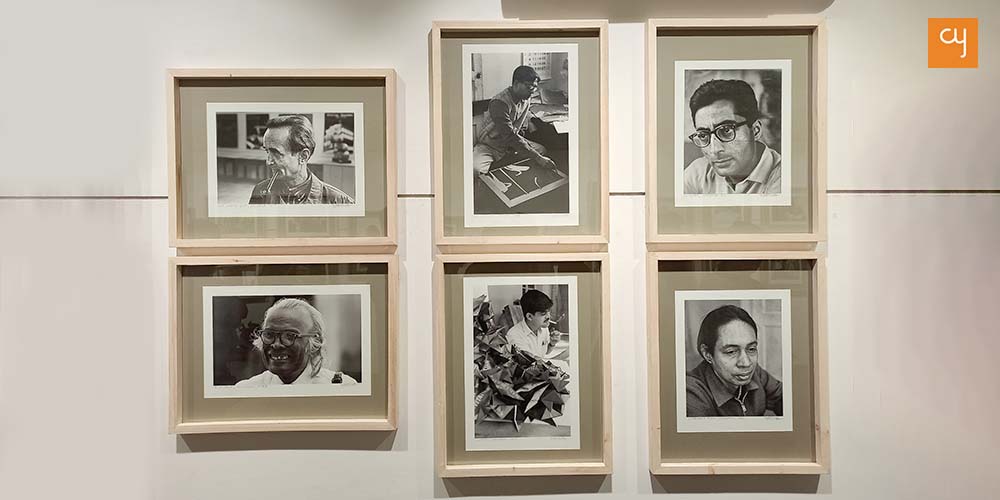 This edition featuring some 85 works or thereabouts so as to celebrate the 85th birth anniversary of Bhatt that falls on March 12, becomes a who’s who of the Indian artists of the fine arts variety. From the eldest Ram Kinkar Baij (1906-1980) – who is and will remain a well known name to the likes of this scribe for his Yaksh and Yakshini cast in stone outside the main entry of the New Delhi office of Reserve Bank of India – to younger ones like Siddarth Ghosh, Nabibakhsh Mansoori and Sukhdev Rathod born in sixties and seventies, this show features monochromatic and colour portraits of names that have together created, consolidated and taken forward the pursuit and eventually the realm of the Indian fine arts since the fifties. 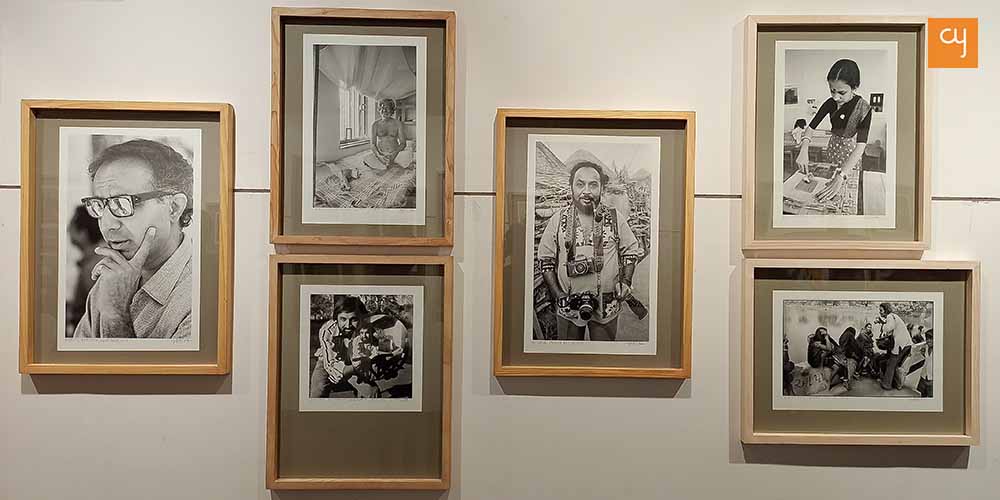 The creation of this magnificent repertoire of portraits by Bhatt – much of it now taken over by Relia for the show and for posterity – started with 1935 born Bhatt’s arrival in MSU’s Art Faculty for his degree that he obtained between 1950 and 56. While he enrolled for fine arts and print-making, pursued and studied the same even out of India, he was designed more for the real thing – the photography though his experimentation with graphic quality of the photographs added a dimension to his pursuit. Bhatt got his first camera, a Voiglander in 1957 and started with documenting the works of the fellow artists, but it soon outgrew into many things that photography could do, including the portraits that now provide a nostalgic window into the glorious past of all the younger artists-in-making that we see trough the show! 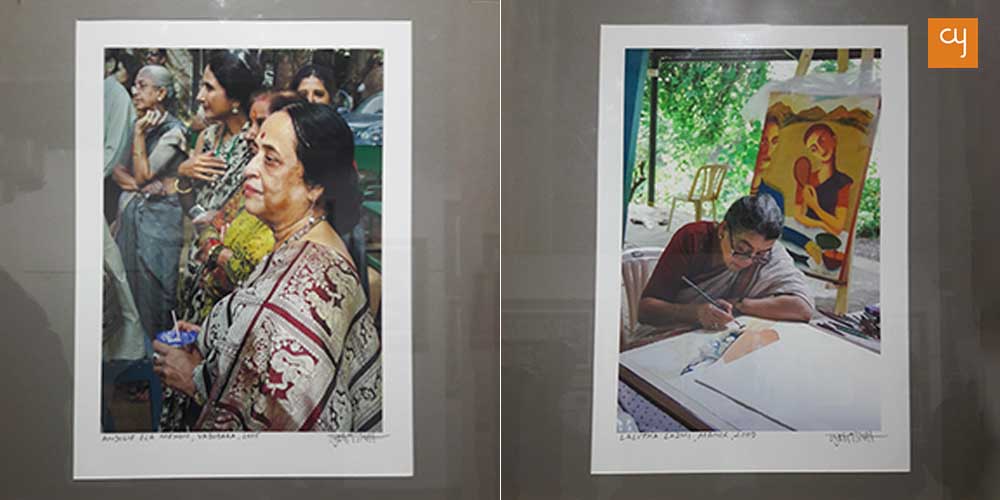 Arranged in decade-wise clusters, this show perhaps features a greater number of works in monochromes from the Fifties, Sixties, Seventies and so on; but turns to colour portraits from 2005-06 onwards. So you see a bespectacled Bhupen Khakhar having his tea from a saucer in 1970s; a lean Jeram Patel taking a smoking stop while atop his Vespa 150 also sporting the brown chappals, though not teamed with the trademark kurta-pyjama and jhola of that era (1975); Ramkinkar Baij sitting relaxed in a mere dhoti in Santiniketan (1978); Raghu Rai, the ace photographer caught arranging his own tribal subjects at a location in Chhota Udepur (1977); a very lean and petite Bina Rao Desai processing an artwork while her trademark bindi and pendant are unmissable (1980); Maqbool Fida Hussain in his usual bearded self in 1986; a handsome Krishna Khanna – and he could easily pass as a look-alike for the late Prithviraj Kapoor when young – caught with his pipe in one hand and sporting an unusually big watch for his time in 1983 at Bhopal; the versatile J Swaminathan with Korba tribals (1983); Amit Ambalal in Nathdwara in 1999 and many more in interesting studies and settings that throw up several details from the past.

This brush with the known and familiar past is what also proved to be a trigger for Relia – who is himself an alumni of the same school as Bhatt and many others featured in the exhibits – to go for this show after seeing a few of these works at another show in Baroda a few years ago. Keeping with his wont though, he only made it bigger and better here in Ahmedabad! 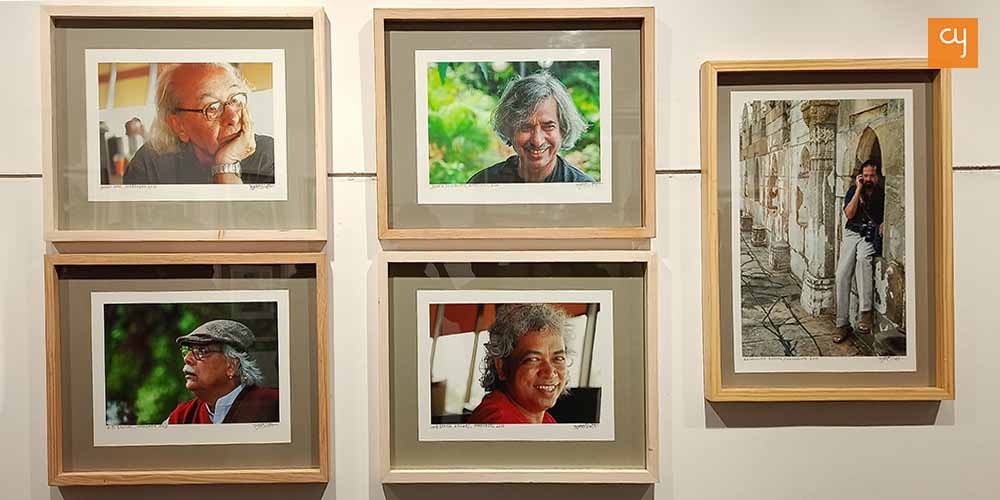 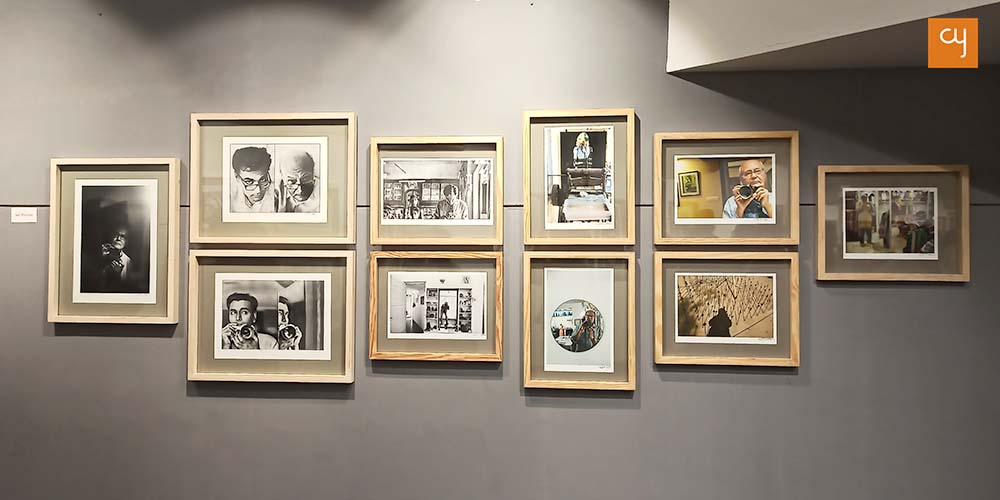 The show includes an interesting segment of self-portraits or portraits of Jyoti Bhatt taken with help from others. One of them – a diptych – taken by wife Jyotsana and Mahesh Padia juxtaposes Bhatt’s old and current selves to mark the change that time has brought on him! There is one more from 1967 that also is in juxtaposition but of Bhatt in the same time in two different angles while he sports his prized possession his camera!

Not to be missed at all, this show is on till Sunday, March 08.