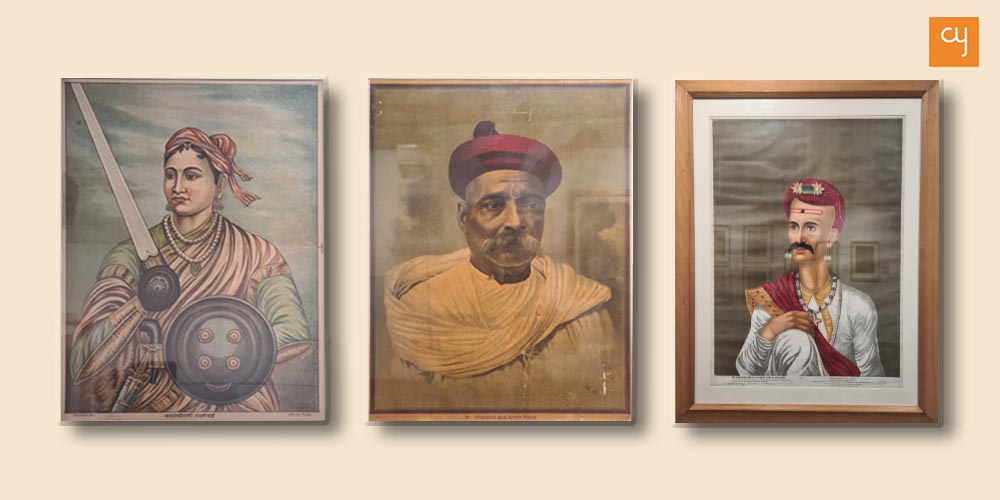 It has been an interesting journey with the Indian Portrait which started in 2010 and was resting with its XIth Edition that came in March 2020. That was in the form of veteran photographer Jyoti Bhatt’s photographic portraits of his contemporaries which had found their way into Relia’s huge collection which in turn keeps growing even now in bits and pieces.

While 2021 has now brought the XIIfth Edition at Amdavad ni Gufa Gallery, its architect Anil Relia’s tryst with portraits is far from over; as he already is fiddling with some more concepts for adding newer editions to the the dozen-edition strong series in the time to come! 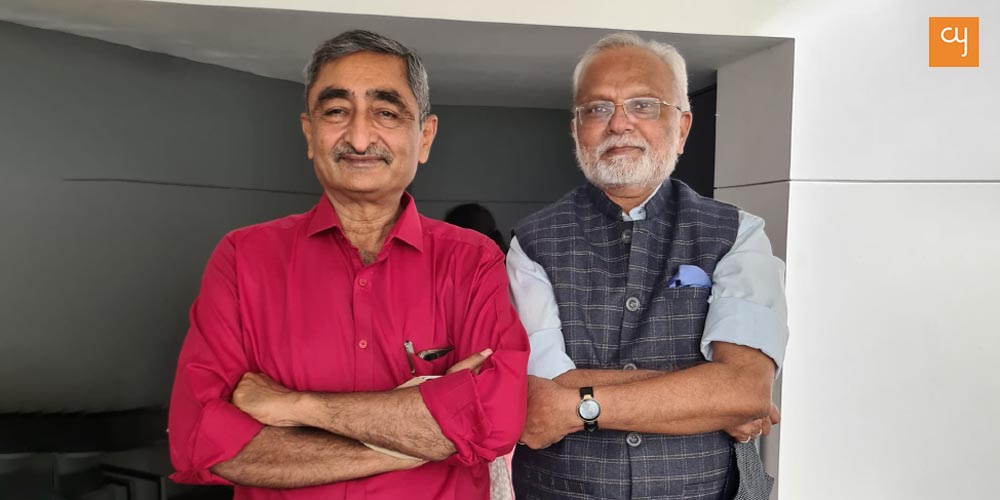 Focused on the Chitrashala Press of Pune, that worked around 1880s and onwards and it’s pioneering work of chromolithography in breaking the mould of the unartistic and unpopular ‘Poona Pictures’  produced till then by predecessors from the same city, the XIIfth edition show was opened on Tuesday 23rd without any fanfare of special guests or rituals of lighting of lamps, etc. The show has been hosted by husband-wife team of Tanuja and Anil Relia.

Featuring some 90 exhibits produced by Chitrashala which was a forerunner of the very famous Raja Ravi Varma Press of Mumbai, the show has been divided in ten distinct segments based on the thematic category of the chromolithographic prints. So we see portraiture prints under segments like Gods of Hindu Nationalism; Samarth Ramdas and Shivaji Family – Heros of Maratha Nationalism; Rulers of Maratha Empire; Nationalist Heros beyond Maharashtra; Mughal Empire; First Freedom Fighters and a few others. 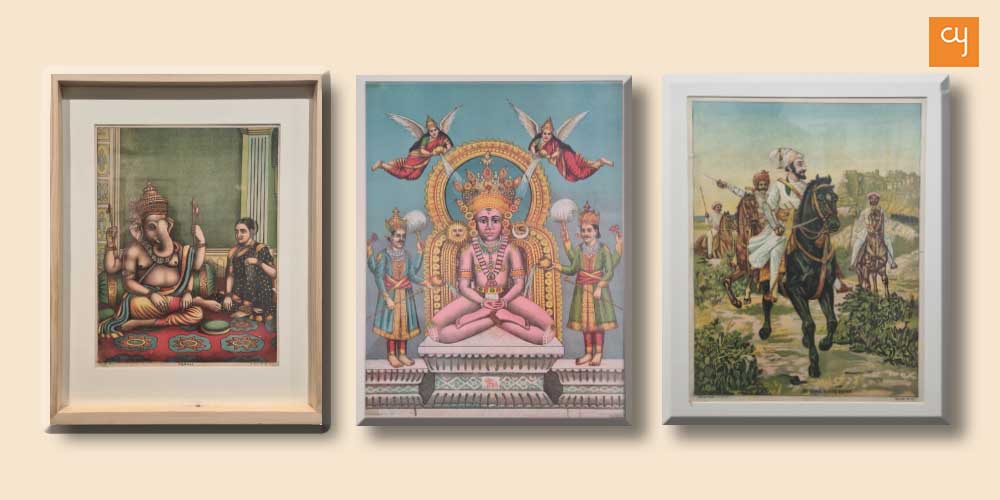 As the divisional captions indicate, these have portraits of prominent personalities of the concerned clans or groups which have been displayed with excellently researched relative profiles of the individuals concerned.

It’s thereby not merely the individual’s basic bio data and life that’s revealed but actually a slice of history as you get to read about an entire lineage, their internal strife sometimes borne out of undue ambition and urge for seizure of power and control, and yet their valiant role in rulership and fight against Mughals or Britishers and East India Company, with related exhibits arranged under the same or other groups.

This bit about history also throws up an interesting fact, which is that the Chitrashala Press found itself obliged due to wider commercial considerations to print, publish and sell the portraits of Maratha warriors on one hand and of the Mughals the former fought on the other hand in their time gone by. This brought to light portraits of rulers like Aurangzeb – who incidentally lived a wholesome 87 years – and of Mir Maran, son of Mir Zafar, who managed the killing of Siraj-ud-Daulah which eventually paved the way for the East India Company to control Bengal and eventually spread its rule in India. 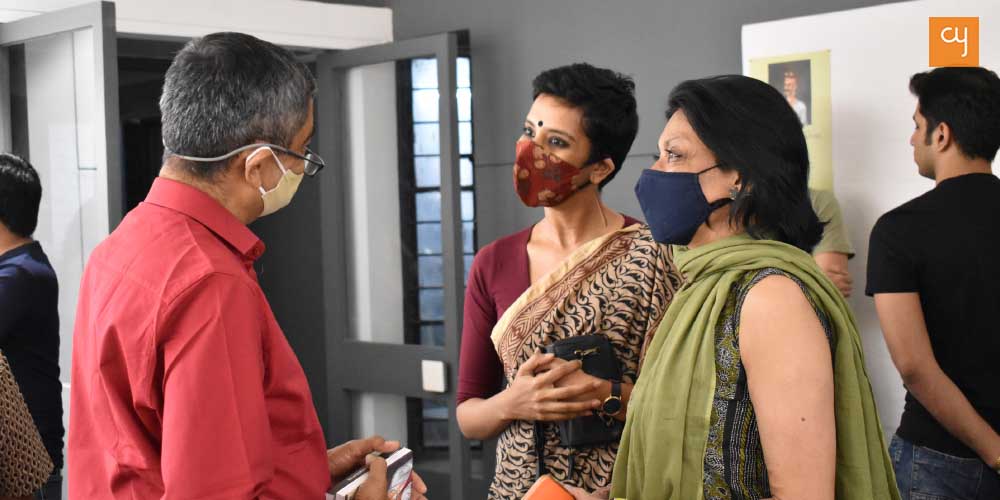 A major segment about Swamis, Gurus and Ascetics also points to the Press’s work to cater to the spiritual and devotional needs of the Maratha and Indian people at large. This segment showcases the portraits of not only the early Hindu saints from South or West like Sripad Ramabujacharya, Madhavacharya, Shri Morya Gosavi and many more but also the saints and Gurus from Jain and Sikhism  sects in North like Parshvanath Ji and Guru Govind Singh, to take just the illustrative names!

National movement had found its reverberations by the time the Press had started operating. Appreciating and responding to its manifest or silent calls, the Press also printed the portraits of freedom fighters around the turn of the nineteenth and dawn of the twentieth centuries. While Lokmanya Tilak and Gopal Krishna Gokhale of Maratha Brahmin origin  were prominently active on the scene and were reverted around that time, Gandhi also had started making a mark on the psyche of the anti-colonialists by the 1910-20s. 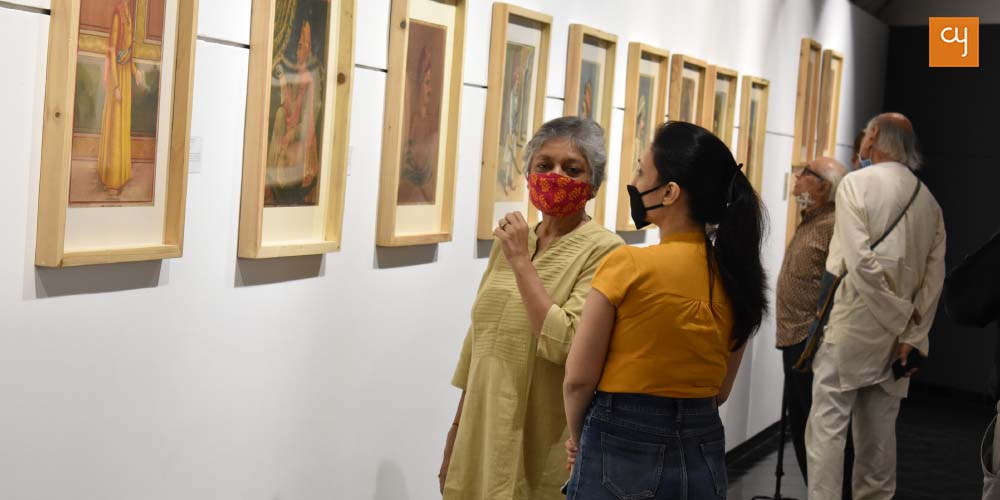 The use of smaller portrait-pictures of Tilak and Gandhi thus became an apt and tactical need when the Chitrashala and a contemporary but seemingly smaller unit Poona Press diversified and started printing educational charts, of the same size. The Presses later or perhaps concurrently, also  published games like the Snake and Ladder, but with an Indian twist featuring on the board human virtues and frailties in words to awaken people socially and politically.

This also points to and elucidates the social, political but nationalistic consciousness of the very young professor-writer-turned-entrepreneur Vishnu Krishna Chiplunkar, the founder-proprietor of Chitrashala as also of his draftsman Balakrishna Vasudeo Joshi. Joshi for sometime handled the affairs of the press by himself after the premature demise of Chiplunkar in 1882 at a mere 32, though the Press also in its overall life didn’t survive for more than two decades. And yet the Press left a mark on printing history in India and also its impact on the contemporary movements. 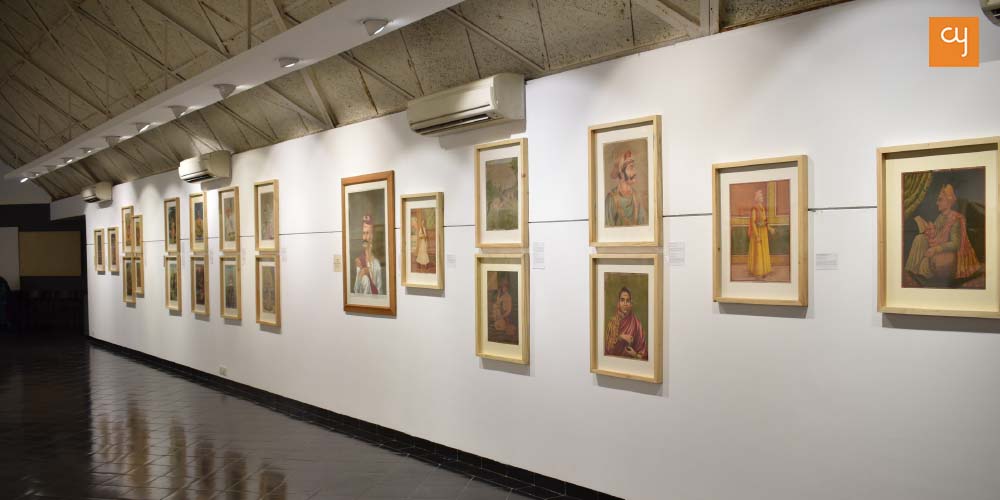 To corroborate and highlight that mark of impact by Chitrashala, one interesting segment also depicts the influence of Chitrashala Press on the successor in Bombay, the Raja Ravi Varma Press in terms of the content the latter published, sometimes reprinting exactly the same images as those printed by the former.

Relia took the opportunity to speak about and share the highlights of the work, the trends and traits of the times it worked in. 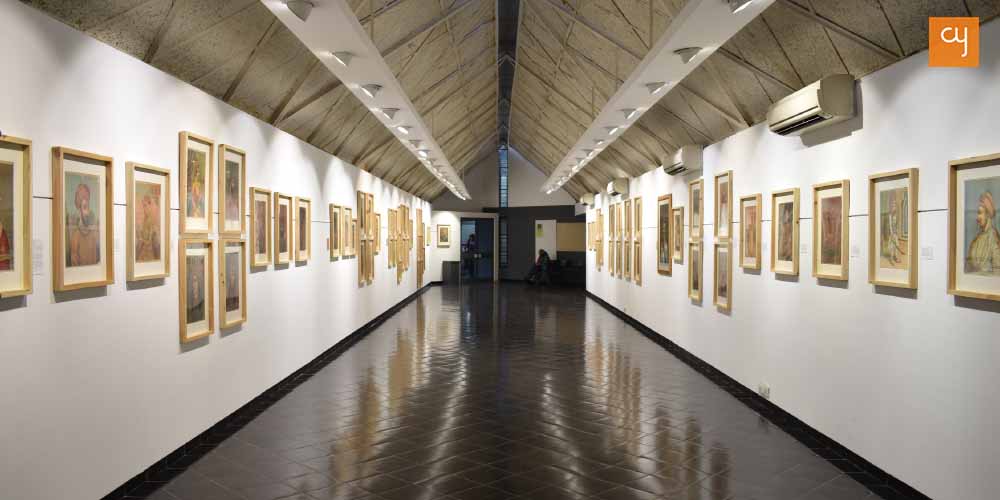 All in all an excellent show in the ongoing series of Indian Portrait, this prompts us to recall the already voiced need for a permanent exhibition or a museum of the significant body of work in the broader realm of painting. Relias deserve the fraternity’s compliments for painstakingly up keeping their collection and bringing it to audiences in the equivalent of what’s an educational, entertaining as well enriching endeavour.

Relia’s co-curator Jean Delmas and researchers Dr Prashant Tapadia and others also deserve our compliments for piecing together the exhibition with very significant insights and material for the show and it’s catalogue; this catalogue itself is a collector’s joy!

The show is a must watch as it ends on Sunday the 28th November.