The grand lounge of Novotel, dazzling with stars and influencers of Ahmedabad, roared with sounds of applause as the teaser of  ‘Pela Adhi Akshar’ was unveiled by director Kunal Shah. Pela Adhi Akshar has been produced by Before Cinema Production house, which is a Romcom Gujarati movie that stars fresh talent like Aanshul Trivedi, Semal Bhatt, Bhakti Kubavat, Parth Oza, Kaushal Shah, Pooja Ruparel and various other skillful actors. The movie has been written by Sudhish Kamath which is a known name in the film industry. 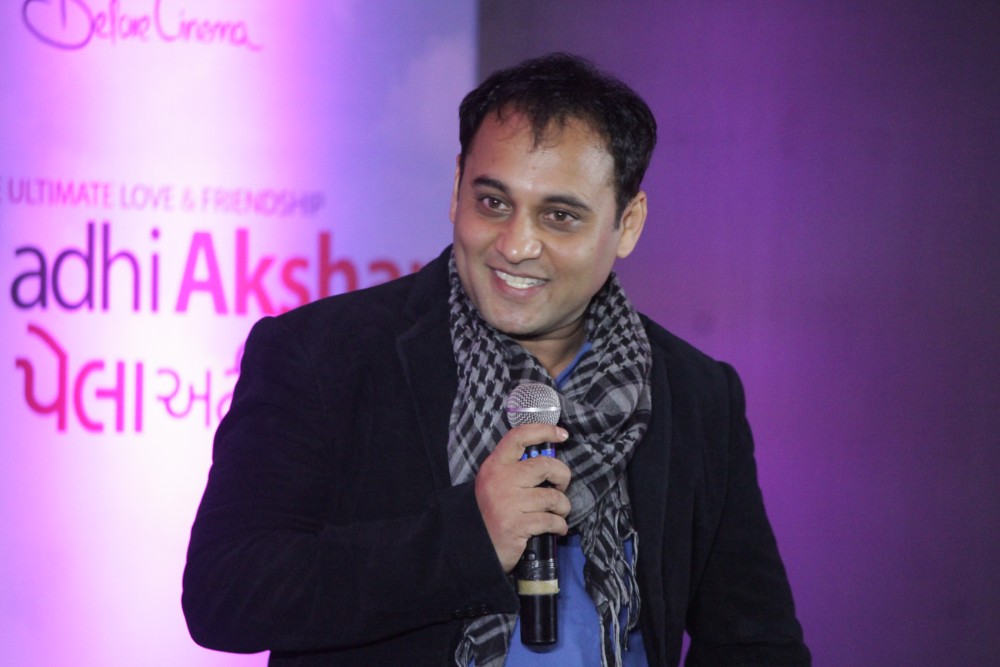 Kunal Shah started on an emotional note and introduced the film and its cast to the audience. The teaser release revealed a line-up of experienced as well as young talented star cast coming together, who have put tremendous efforts in making this movie. Gujarati Film Industry is growing and so are people associated with it, movies like Kevi Rite Jaish, Bey Yaar, Chello Divas and Wrong Side Raju are few of the examples that changed the face of it. So what is so brilliant about another Gujarati Romcom getting released in your nearest multiplexes soon? What got our attention is the multi-cultural crew that this film is able to put together. 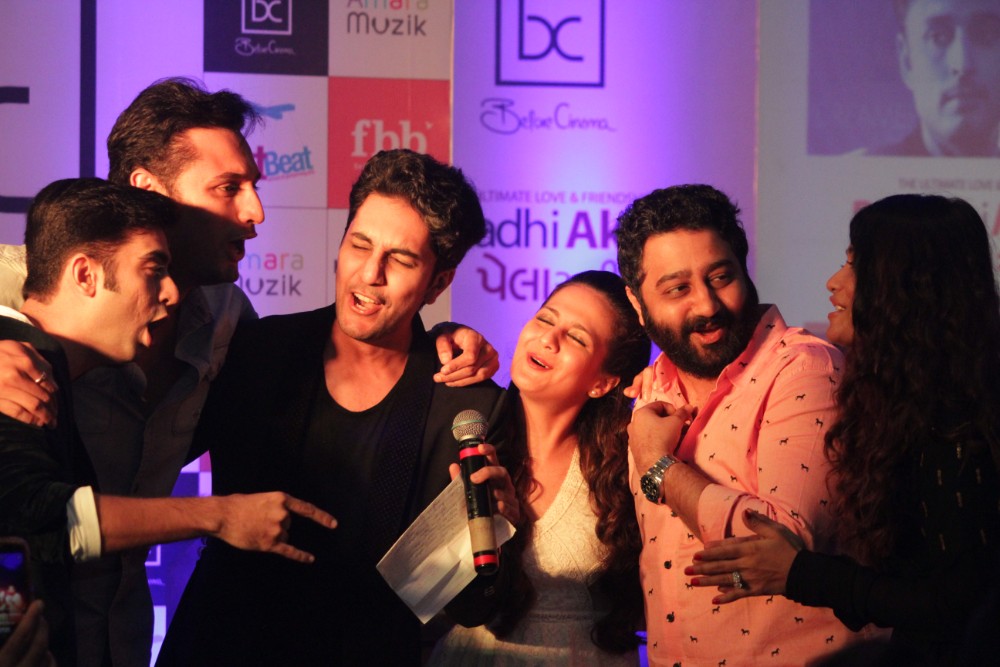 The production house of the movie, Before Cinema, is a US based motion picture company, associated with a Brazilian associate director Livi Aranha and the Spanish Director of Photography Borja Campillo. The movie director’s wife is German, singer Mohan Kanan is a Pune based rock band artist while music composer Vivek Bhardwaj Chhetri hails from Darjeeling. These are good signs for the industry as Cinema is principally a medium of co-creation.

The music of this film is launched by Amara Muzik and producer Pranav Shah, Kunal Shah, Amit Gupta and Borja Campilio are expecting these melodies to create a sensation in music the industry. 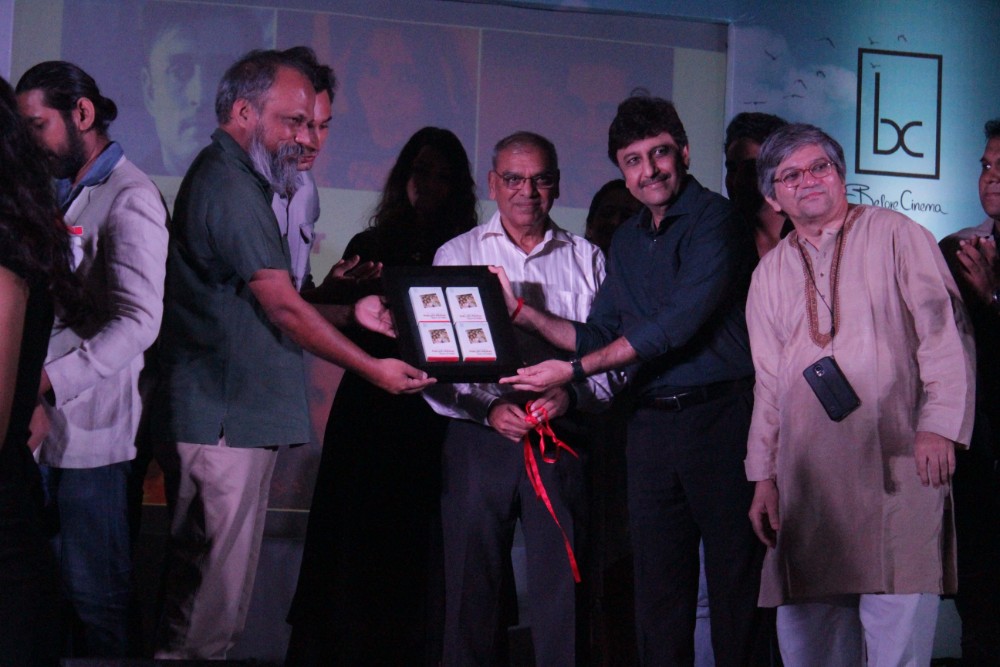 The two songs that caught audience’s immediate attention are ‘Maro Helo’ by Mohan Kanan and ‘Tu Ibadat’ by Parth Oza. ‘Maro Helo’ is a new age reboot of the traditional gujarati devotional folk number. It is amazing to see that this reinterpretation comes from a Darjeeling based composer, is sung by a Tamil origin Singer for a Gujarati Film. And the result is fantastic. Parth Oza who is a popular name in Gujarati Music circuit has rendered the soft romantic number beautifully, and it promises to be the love ballad of the season. Every decimal of sound they presented in the form of music was creating waves of ecstasy and energy in the chambers of the hotel. Lyricist Harish Bhrambhatt and Mr. Raj Hans contributed their creativity in words within these songs. Kunal Ganjawala a popular playback singer in Hindi Film Cinema has also lended his voice for the album. 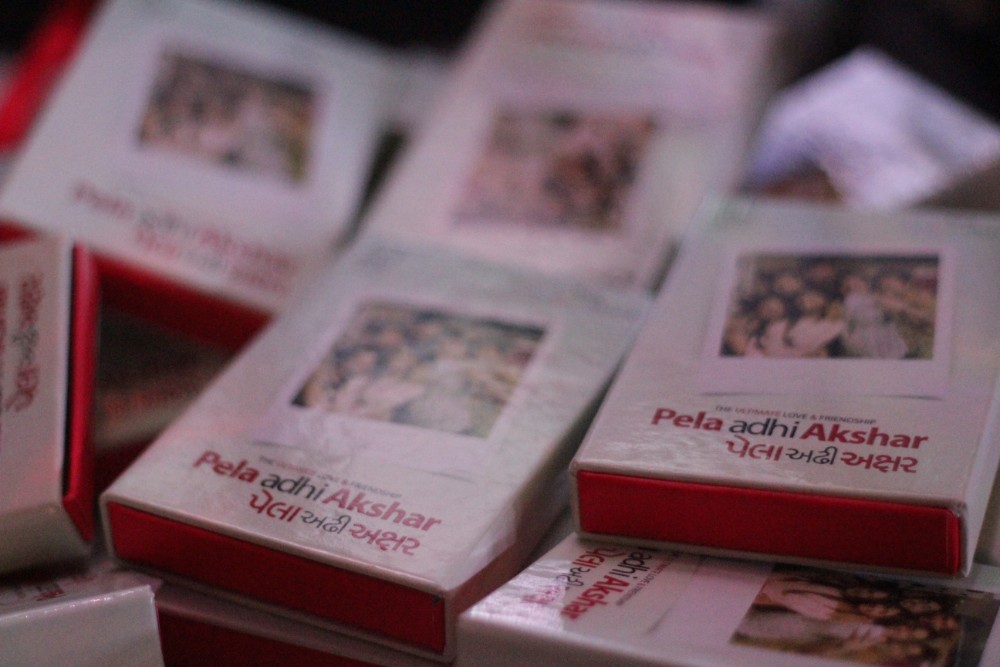 It is not only the culture and the budget but also the quality of output that has improved in Gujarati cinemas. The film is expected to release in October 2016, and we look forward to a Blockbuster from Gujarati Cinema this Diwali.