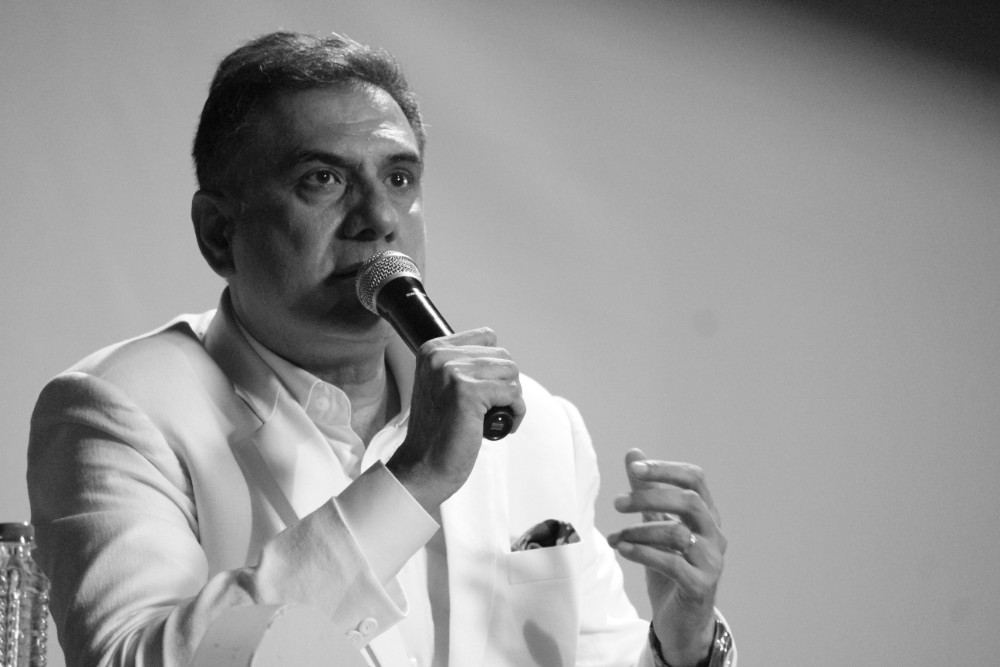 And now, the end is near
And so I face the final curtain
My friend, I’ll say it clear
I’ll state my case, of which I’m certain
I’ve lived a life that’s full
I traveled each and every highway
And more, much more than this, I did it my way

~ lines from Frank Sinatra’s ‘My Way’

‘Boman Irani’ in conversation about ‘My Journey in Photography’, when F.stop team announced this, my immediate response was of wonder and amazement. Boman, who enjoys his celebrity status primarily due to Hindi Films, have had a long love affair with Photography, and this was new information for me. In fact, as he himself mentioned, Photography was probably the medium that helped him get his ‘creative monkey’ out and one that satiated his ‘creative’ pangs during the crucial stages of his life. And this wonder was enough to draw me to the event. But the 2-hour talk went on a different trajectory, much higher than wonder and amazement, and filled me with absolute delight and elation. 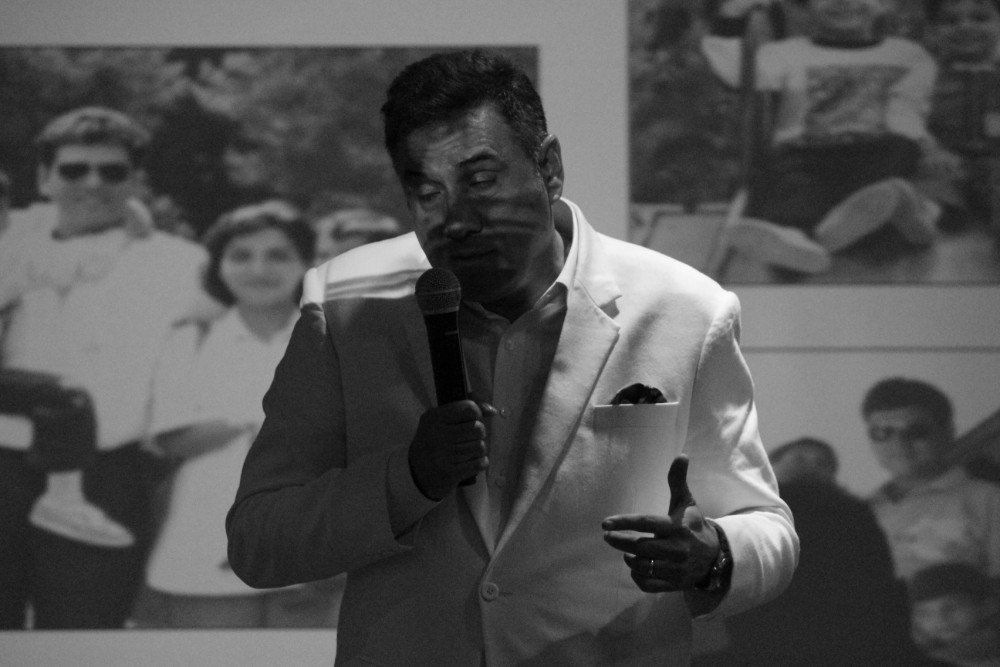 “The ‘creative monkey’ within needs to come out.”

His is a life full of stories, unexpected twists and magical ‘miracles’, and there couldn’t have been a better closure to the event than ‘My Way’, a classic by Frank Sinatra; which was aptly chosen by Boman to end his talk. And mind you he sang the song (Yes he did!) and that too with total involvement, so much that it left a pleasant impression on the entire audience. 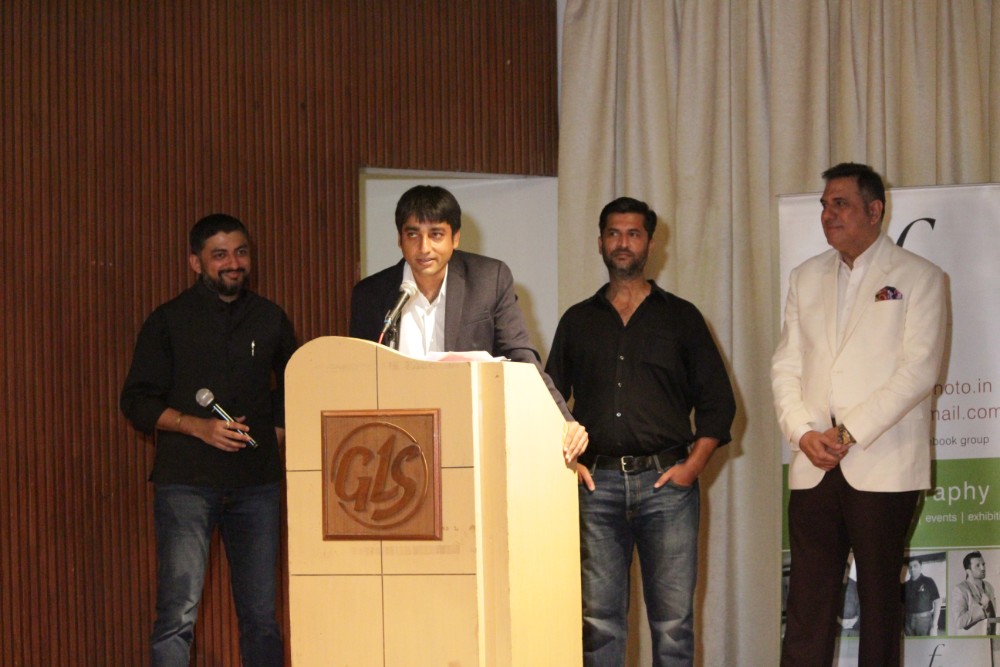 The event was organised by F.Stop who have to their credit  speakers like Raghu Rai, Swapan Parekh, Altaf Qadri, Fawzan Hussain, Anusha Yadav, Hari Menon, Amit Mehra and Vishal Punjabi at their events. Their motto is to connect young photo enthusiasts with veterans and create learning opportunities for them. The event was held at GLS Auditorium and was full to its capacity. The event got support from Gujarat Photo Suppliers, GLS University, Ficci Flo, Creativeyatra.com and Simulations Promotions. The event took place on morning of 25th September 2016, between 10.30 am to 1.00 pm

“Pay your dues first and start from the ground floor, nothing comes like a bullet, it takes time…put your efforts with humility.”

Boman’s life has many chapters. He started his talk with stories from his early days and gave the audience a peep into his humble roots. While his mother was still carrying him, Boman’s father had passed away. An unfortunate incident of his life, that plagued him until his teens, whereby he was constantly referred to as ‘Bicharo Boman’ (helpless Boman) by everyone around. But then Boman was not someone who could be bogged down. He started off his work life working as a waiter at TAJ, later on, joined the family business of Golden Wafers and ran it for over a decade. During these days creative pangs took his toll and he finally took up photography. The savings from the TIPs earned during his working period as a waiter, a sum of Rs. 2700/- got him his first camera a Pentax K1000. And this piece of gadget coupled with his passion to capture turned the tables for him. He earned the assignment of photographing the prestigious World Boxing Championship in Mumbai, his work got high appreciation and this catapulted him into a career in Photography. He mentioned a wonderful anecdote about cricketer Eknath Solkar being among his first customers. Boman has seen many tough days, he was honest enough to mention, the time when his wife had to sell her jewelry to support the family. 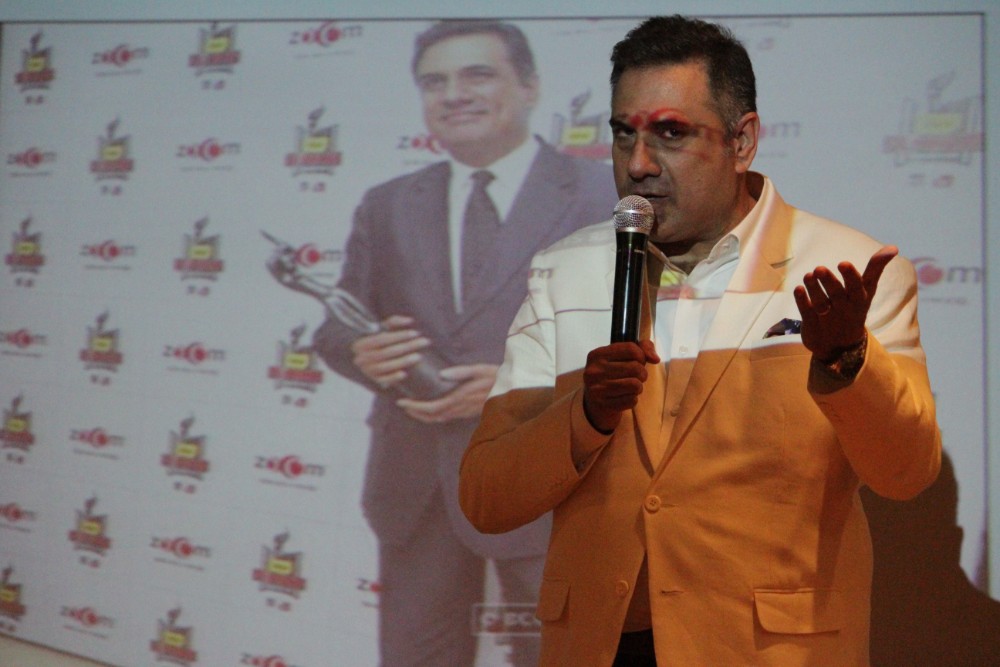 The stories kept unfolding briskly, one after the another, taking the audiences on a roller coaster ride of emotions. His entry into the theatre and resulting success, an accidental role in a small time film ‘Let’s Talk’, which eventually landed him the role of Dr. Asthana in the cult film Munnabhai MBBS. From there on his journey is quite known, and he is one of those rare celebrities whose success clicked whilst he was almost half way into his forties. 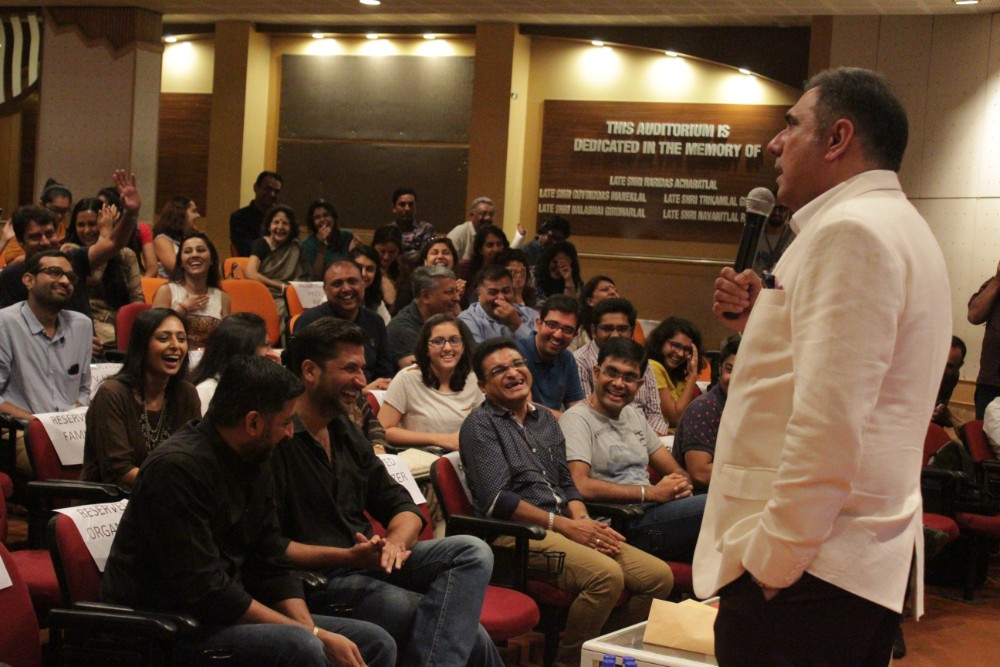 “Make your own miracles”

Boman constantly stressed on the value of hard work and persistence and said that it is only when one thinks of ‘giving up’, that miracles dry up, and his advice to the audience was, ‘Never give up on your dreams’.

With microphone in hand, he could hold the absolute attention of the audience, also one must compliment Boman’s skill to mix stand up, storytelling and dramatics to create a compelling and inspiring talk about his life journey. Exquisitely peppered with quotable quotes the 2 hours talk kept the audience in a rapturous attention and Boman ensured dozens of laugh-out-loud moments. 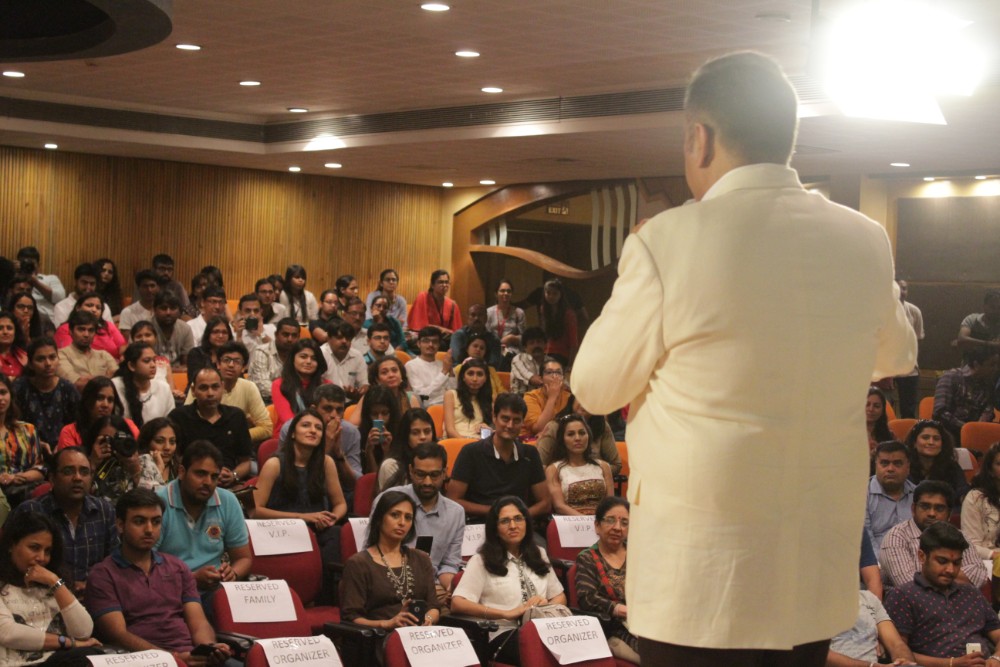 “Did you earn respect?, Did you get love?” – that is what Boman’s mother has always wanted him to earn. “You are first a human being, who has to achieve, then go after epithets like ‘seth’ and ‘celebrity’ “. His words and his entire demeanour left a noticeable positive influence on the audience, and I among others, will no more see him only as an actor, he is definitely much more, and above all a human who has earned a lot of respect and love!

Team CY has created a video montage from the inspiring words that came out during this talk. View the video here :