Gujarati movie ‘Chaal Jeevi Laiye’ that has been making headlines since its release in February this year, achieves yet another milestone: of running successfully in theatres for 100 days. This is no easy feat considering that even mainstream films find it difficult to survive for more than a couple of weeks. Or at a time when Avengers: Endgame released.

On the film’s Facebook page, the team announced, “To mark this humongous achievement the highest grossing Gujarati movie Chaal Jeevi Laiye’s team came up with an angelic initiative. From this point forward the theatrical revenue generated by the movie will be utilised for the benefits of the elderly people.” At a time when making money is the only agenda of businesses, this gesture is rightly receiving a lot of praise. 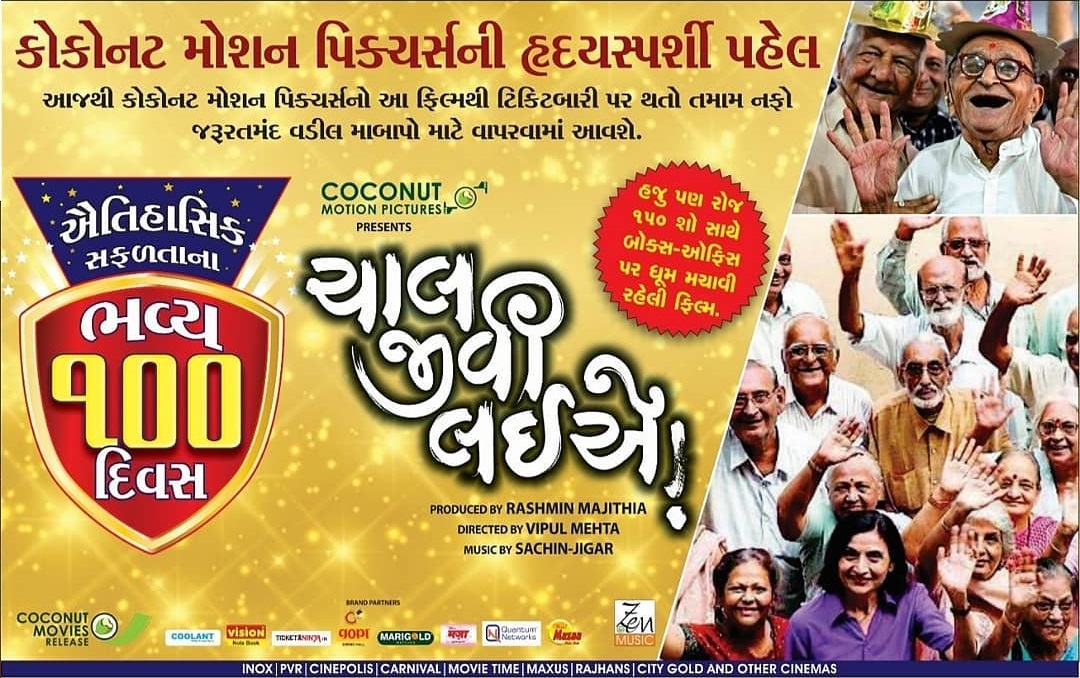 The movie has already tugged the hearts of the Gujarati audience across the world including the US, UK, Australia, etc. who cannot stop raving about the movie.

The story follows the lives of busy Aditya Parikh (Yash Soni) and his retired father Bipinchandra (Siddharth Randeria) who decide to go on a journey when the son gets to know that his father has been detected with a terminally ill disease. On the trip, they meet a back-packer Ketki Mehta (Aarohi Patel) who joins them. While the storyline is riveting with its twists and turns, the actors are also being applauded for their performances.

The picturesque Uttaranchal as the backdrop almost doubles up as a character in the movie. Along with this, the music by Sachin-Jigar with singers such as Sonu Nigam or Jigardan Gadhvi, adds up to the movie-watching experience.

This film makes it to the list, after The Good Road, of rare road films in Gujarati cinema.

Do not miss watching this movie on a big screen.