Happy's untimely exit : Do 'gods kill us for their sport'? 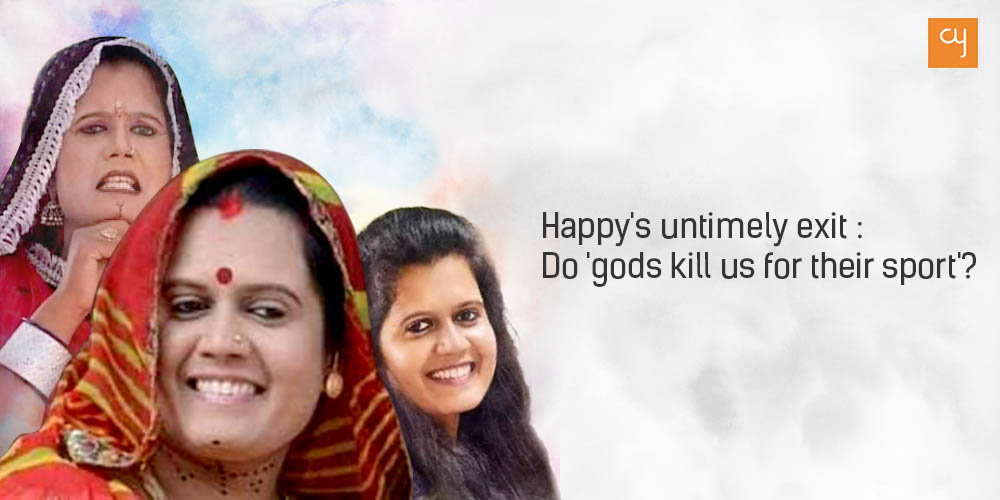 I have never written an obit  for as young a performing artist as Happy Bhavsar Nayak (1982-2022). In her short life span she had her talent blaze as if she knew it was short. And with it, she endeared herself to all – as much in life as in Gujarati theatre, films and television serials. Her end was like a bolt from the blue. The secret of her being a beloved star was the sunny smile she wore which everyone flashed in social media and the outstanding acting talent she had at a young age.

She was effortlessly versatile. In small roles in childhood and on stage in her college years, she was later in demand both in commercial theatre and amateur. In Vinod Jani’s milestone production Preet, Piyu ne Paanetar, her portrayals were not exactly required to be intensely emotional. As Kamini in Madhu Rye’s complex drama Koi Pan Ek Phool-nu Naam Bolo To, under the direction of Abhinay Banker, she was subtly expressive in multiple moods even when other characters spoke. She was comfortable in both the genres.

Born and brought up in a family with an active professional interest in theatre and television, Happy had exposure to them even with participation right from childhood. Later, when she was pretty eminently known, she chose seven years ago, a good actor and tabla player Maulik Nayak as life partner. Over two months ago, they became parents of twins Krushna and Krushnavi. Meanwhile she was known also for her well-modulated voice that suited a characters of any age and class. That helped her in her vachikam performances, as an anchor and a voice artist.

The camera in cinema demonstrated her strength of expression with the face, including sparkling eyes. She was gifted film director and scriptwriter Vijaygiri Bawa’s favourite actress. In his path-breaking films Mahotu, based on Ram Mori’s story, Premji : Rise of a Warrior and  Montu ni Bittu he had the camera capture her visage that hid emotions underneath and body language that quite eloquently showed her contextual moods. She was Darshan Trivedi’s choice in his maiden film venture Mrugatrushna.

There were strong signals from Happy’s short versatile career that she would have  earned in the years to come an identity as one of Gujarat’s leading mature actresses and maybe crossed geographical boundaries. Both as an affable and playful person as also an artist of caliber, she was no wonder, very dearly loved.

A nobleman loyal to the king in Shakespeare’s King Lear towards the end of the play observes :

As flies to wanton boys,

Are we to the gods;

They kills us for their sport.

A bit melodramatic in modern life, but the lines come to mind considering the popular anguished response expressed by one and all on the sudden exit of a beloved artist.