Kanoria Centre for Arts has served as a thriving art hub in Ahmedabad for more than three decades now. The place has provided mentoring to various established artists and is still successfully sharing knowledge of art with young inquisitive souls. Since 2017, the institute has been organising an annual festival to help people develop a relationship with art. This year, Art 19 is taking place from March 8-9, workshops start from March 7. The grand event, which will host numerous workshops, symposiums and performances, not only marks the birthday of Urmila Kanoria, Founder of Kanoria Centre for Arts, but also the 35th year of the institute’s establishment. This year is of significance for another major development at the centre; Sangita Jindal, daugther of Urmila Kanoria and Chairperson of JSW Foundation will be formally inducted on the board of the centre. Jindal has deep interest in arts and through her foundation she has been involved in a variety of initiatives involving art. Her involvement in Ahmedabad based Kanoria Centre will be a thing to look forward to.

What you can expect at this year’s festival:

Eminent personalities like Pritzker-winning architect BV Doshi, head of the JSW Foundation and Jindal Arts Centre Sangita Jindal, Sonal Singh from Christie’s, and Indian contemporary artists Jitish and Reena Kallat, have been invited to be part of the celebration. While Singh will be speaking about her journey in art, Jitish Kallat will speak about his methodologies and ideas in art. Doshi, who has been a supportive pillar to the Kanoria Centre since its inception, will converse with Urmila Kanoria and Jindal on KCA Onwards & Upwards. All of these will occur after the event’s inauguration at 11 am on March 8.

2 years back, during the Art 17  program, the show Remembering Piraji housed works by revered artist Piraji Sagara and attracted many eyeballs. In Art 18, emerging artists working in the studios of the Institute displayed their creative works. Art 19 will also host the KCA Annual Exhibition showcasing artworks, sculptures and prints by the 15 practising artists who currently work at the studios of Kanoria, and the event’s schedule is also full of other art displays and exhibitions. This includes the Visit Hampi exhibition, conceived by the group of resident artists to showcase their 3-day visit to the architecturally rich city in an artistic way. The exhibit will have photographs, paintings and write-ups inspired by the heritage city.

At Art 19, the institute will also declare two permanent art display spaces, one of which is an Affordable Graphics Collection, a curated compilation segregated from thousands of prints owned by Kanoria Centre for Arts. The second permanent display is the KCA Museum, which will host artworks by several eminent artists. 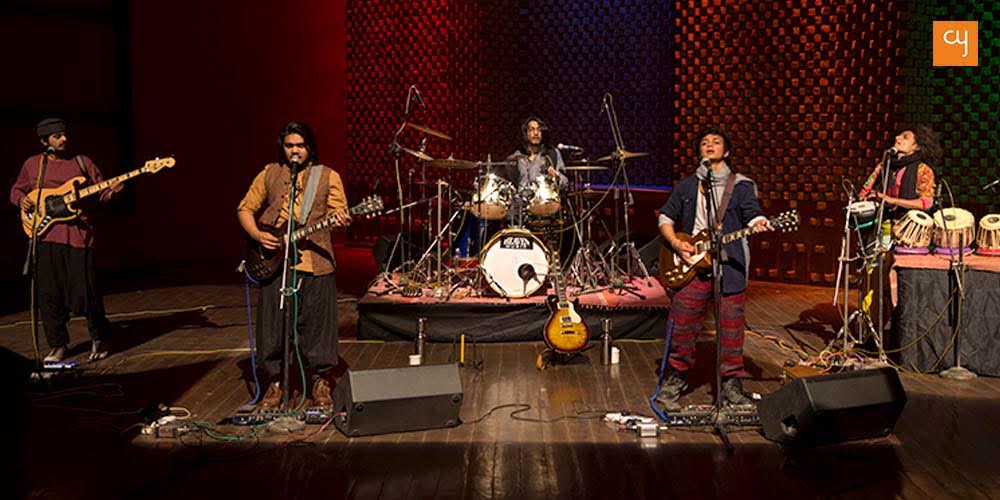 Viewers can further delight in the performing arts at Art 19. Back in Art 17, the city was mesmerized by Neeraj Arya’s band Kabir Cafe. This year, contemporary music group MUKT Band is all set to perform mystical tunes inspired by creations of legendary Indian poets, at 6 pm on March 8. Besides this, the in-house artists of KCA are also going to present a creative act of performance art on March 8 at 1:30 pm. And magician Jayraj will have fascinating tricks up his sleeve for young audience son March 9 at 5 pm.

Ignite your creativity by indulging in a host of walk-in workshops conducted by the students of the Kanoria Centre on March 8, from 11 am-7 pm. Young adults who have recently completed the foundation course at Kanoria and have gained comprehensive knowledge about painting, sculpture and printmaking for more than 1 year will be facilitators for two walk-in workshops. In Mati Masti, people can try their hand at terracotta to create something unique for themselves. In Magic with Masks, they can use masks as their canvases to draw designs on. Practising artist Payal Rokade will teach audiences the art of block printing, while artist and singer Gopika Dahanukar will help participants practise expressive arts.

That’s not all. There will be another slew of workshops on all three days, from March 7 to March 9, 2 pm to 5 pm. Explore traditional Gond Art with Madhya Pradesh based tribal folk artist Ramesh Shyam, or learn the sacred cloth art of Gujarat called Kalamkari with artisan Chandrakant Chitara at the workshop Mata ni Pachedi. Deepak Kumbhar, skilled in the Rajasthani Molela Terracotta, will teach participants the art of making colourful plaques.

The artful celebration will also have art booths, food, installations by various artists and a live painting demonstration by artist Gayatri Mehta. Head to Kanoria Centre for Arts from March 7 to 9 to witness one of the biggest art events of Ahmedabad. While most of the talks and music show is on March 8th, the workshops