Pradipta Ray is a filmmaker, animator, teacher and a transgender activist. Having studied Fine Arts from Government Art College, Kolkata, and Animation from NID, Pradipta has always painted but only for herself and her friends, never for an exhibition even though her friends always insisted on it. But finally, they succeeded, giving us DEVI, a series of 10 paintings, each depicting a goddess as interpreted by her.

The idea came up two years ago when she offered to paint Saraswati for her friend Aratrik Devvarman, one of the owners of Cafe Tilla, who in-turn planted the idea for this exhibition. That got Pradipta thinking about why she would paint goddesses. This took her back to her childhood in Kolkata and the role goddesses have played in forming her identity as an artist as well as a transgender woman.

“As a child, I used to be fascinated by sculptures of Durga and other goddesses. I would observe the form, the depiction of hands and eyes, the sarees and jewellery they adorned. My drawing started by drawing goddesses. So this seemed apt for my first exhibition because it was how my journey began.” says Pradipta. 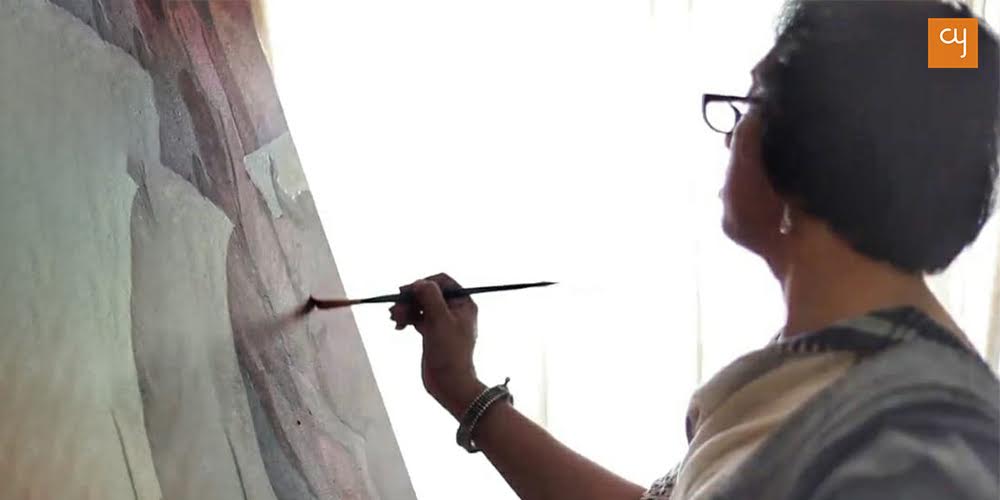 Pradipta working on one of the paintingsThe goddesses were also her first connection with her identity as a woman, which is how she felt inside as a little boy but didn’t know it then. When other boys would be busy playing cricket, she would be busy doing pooja, imitating what she had seen other women do. She would also buy tiny murtis (sculptures) of goddesses whenever she had an opportunity and later would dress them in sarees made by her.

“I used to believe that I was very religious. I used to love all the rituals. Looking back, I realise that was not me being religious. It was me imitating what I had seen women do. Similarly, when I made sarees and draped the murtis in them, it was me not knowing that I could dress up so I dressed them up. I felt like a woman but that was not clear in my head. And honestly, It all made sense when I started painting for this (exhibition).” 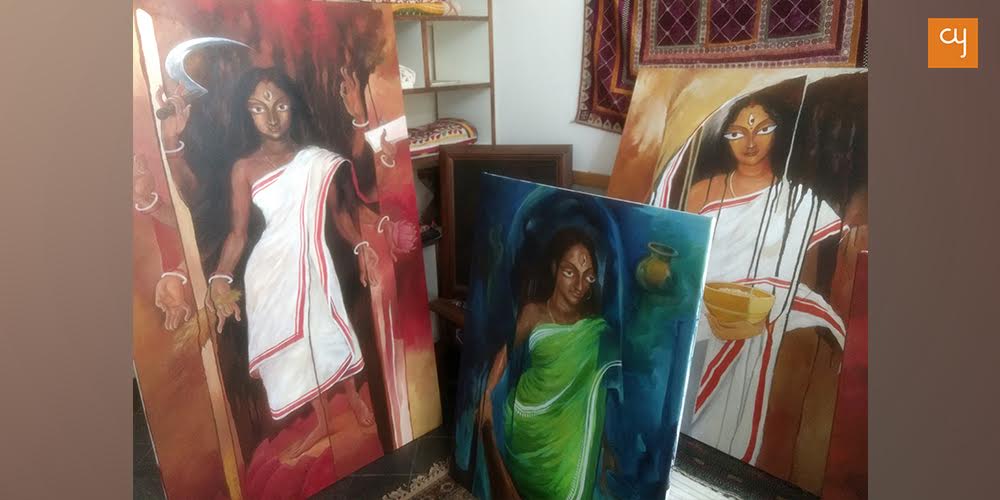 The exhibition features Durga, Saraswati, Lakshmi, Kaali, Chandi, Annapurna, Jagatdhatri, Shitala and Mansa. The exhibition also features a portrait of Pradipta’s mother. The paintings are acrylic on canvas. Each goddess looks graceful, vibrant and yet very human which is how Pradipta interprets them. 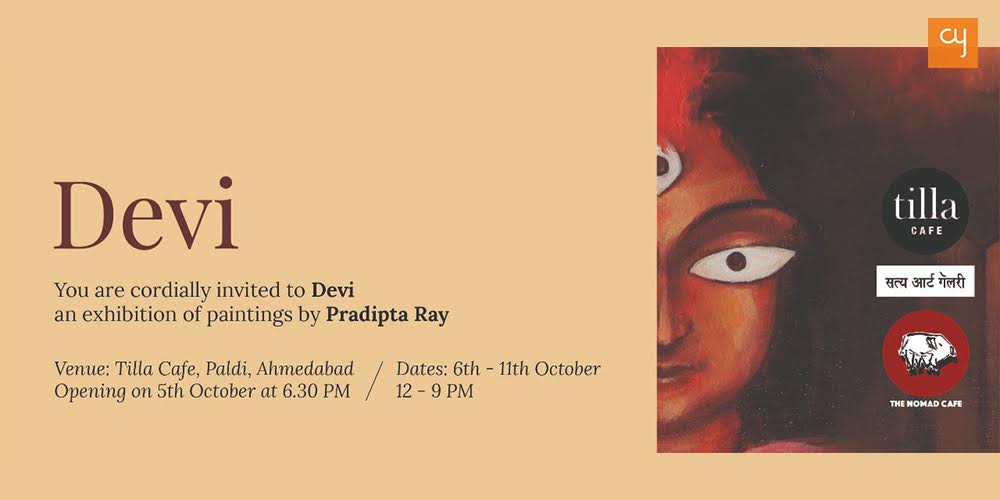 Each painting is a treat and worth experiencing up close. The Devi exhibition is on from 6th October, Sunday to 11th October, Friday at Cafe Tilla, Paldi.

Do not miss it!