20 emerging artists from Vadodara exhibit their eclectic range of works in ‘Face to Face III’ at Hutheesing Visual Art Centre, in the gallery’s first show since a fire consumed its premises. The event is organised by Vis-a-Vis to support young talent and promote their works. 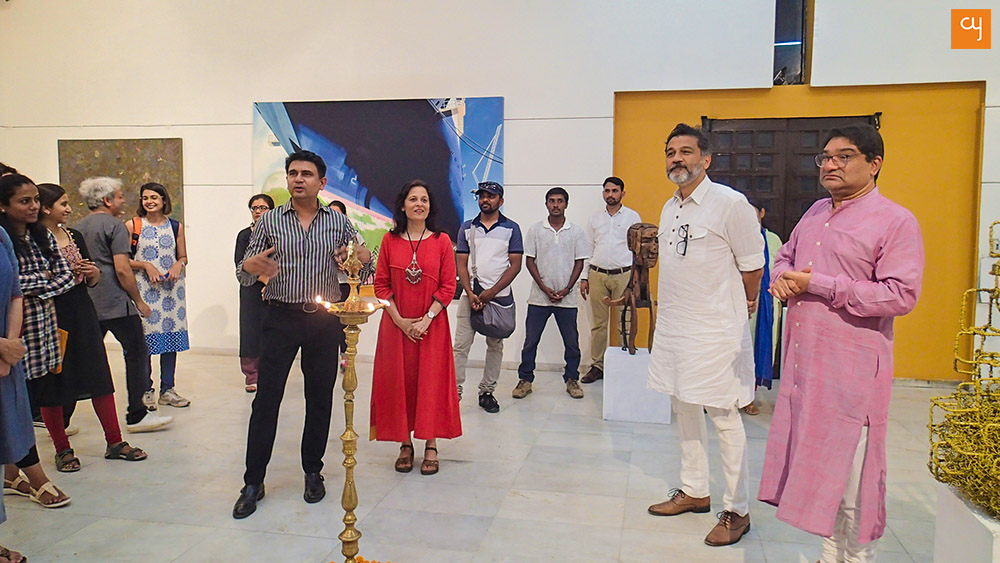 Twenty emerging artists from Vadodara assembled at the revamped Hutheesing Visual Art Centre in the evening hours of April 16 for the inauguration of Vis-a-Vis art gallery’s third group exhibition Face to Face III. The gathering included many luminary personalities from Ahmedabad, including heritage entrepreneur Abhay Mangaldas, fashion proponent Umang Hutheesing, and founders of Motif Inc Kaushal and Parul Mehta. The exhibition housing paintings and sculptures will be on display at Hutheesing Visual Art Centre till April 19, every day from 04:00 PM to 08:00 PM. 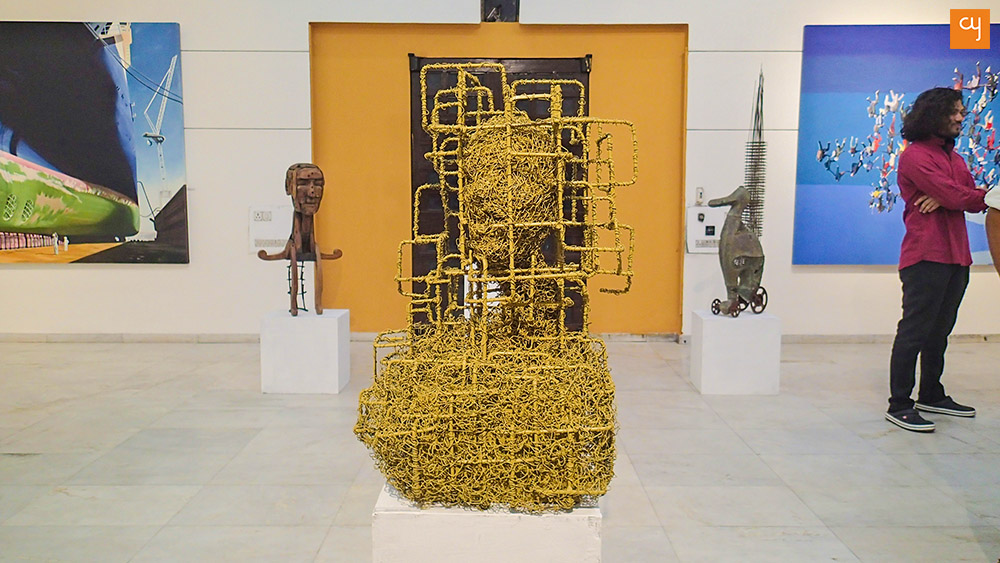 This is the second time that entrepreneur Vijay Patel, who runs the Vis-a-Vis art initiative, has brought artworks from Vadodara to the heritage city of Ahmedabad, the first time being in December 2017, when they were displayed at Amdavad Ni Gufa. Prior to coming here, Face to Face II was exhibited in Mumbai in March. Vis-a-Vis is an art incubation initiative in Vadodara with studio rooms and a gallery. All the artists who have participated in Face to Face III are currently based there. In Patel’s words, “Young artists need support in order for their art to grow. My initiative is just a catalyst for them. I want them to be self-sufficient and to test the waters independently. Hence, I’ve started giving an opportunity to the youngsters to curate my gallery’s exhibition.” Face to Face III is curated by the young Subhakar Tadi, who is also a participating artist.

Tadi was also a participating artist in the first Face to Face exhibition in December 2017, in which he sought abstraction by depicting the textures of humongous ships in his works. This time round, too, his works convey the same fascination. Adding to Patel’s thoughts, he said, “As a curator, I’ve learned about the financial and presentation aspect of putting together a show. As I’m not just contributing as an artist to the show this time round, but am also serving as its curator, I think I’ve grown sensitive towards art as a whole.” 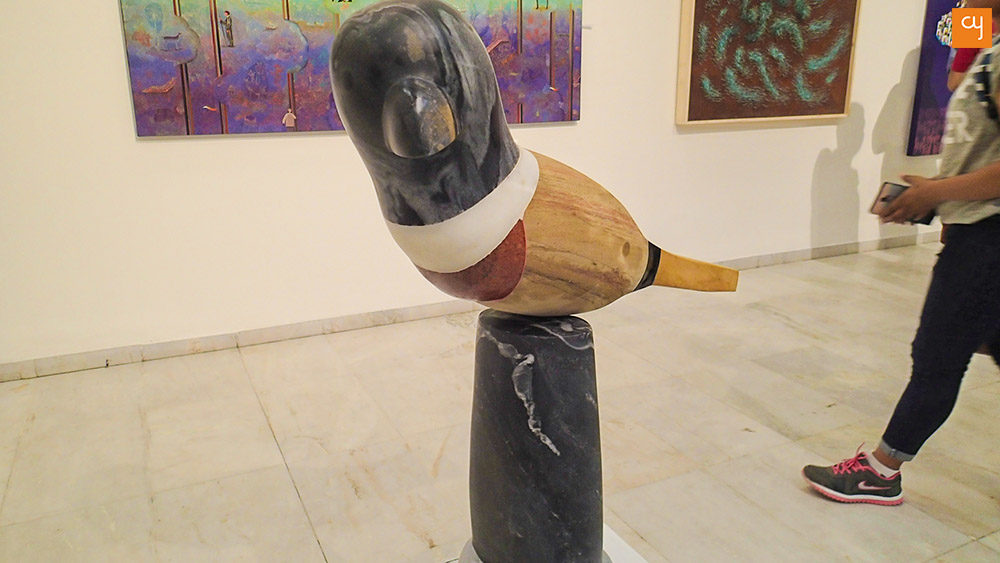 Though the titling of the exhibition is sequential, the experience of it is, nevertheless, new. The 20 emerging artists have worked on independent themes, with the show’s 11 sculptures and 31 artworks describing the individual journeys of the artists. Deepak Rasaily’s Bird sculpture is as mesmerising as Abhishek Mandala’s sculpture of a human being surrounded by a metallic grill. Anvi Shah’s envelope-sized artworks compile her daily life routine, while Kamal Pandya’s multilayered works inspired by medieval paintings convey the fascination of a miniaturist. 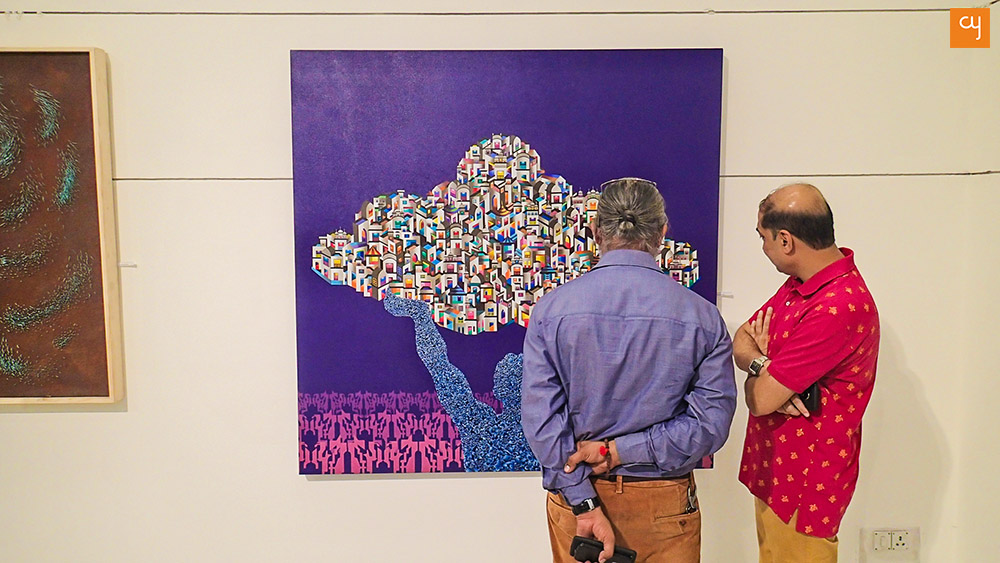 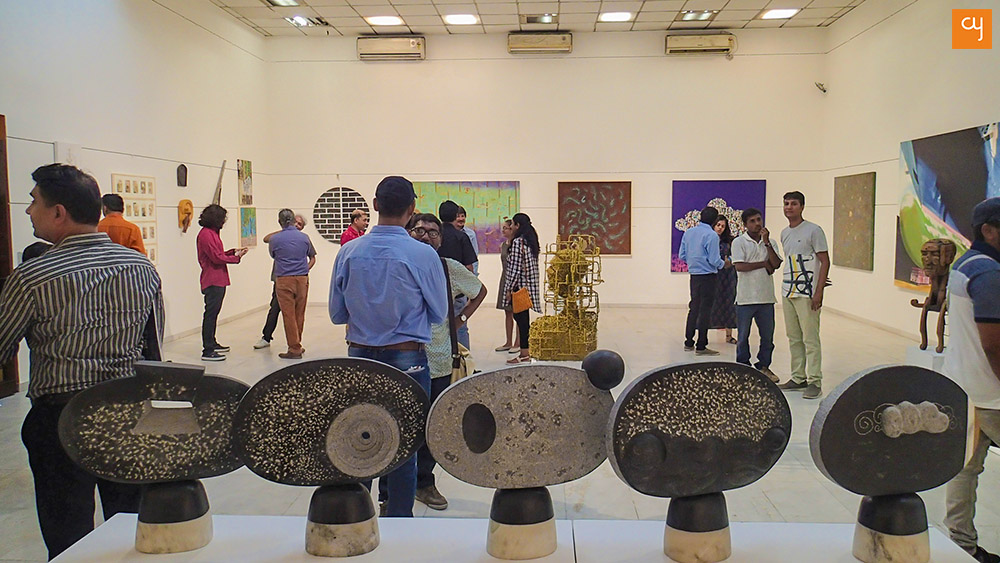