The Custodian of Heritage : a heart to heart talk with Heritage Entrepreneur Abhay Mangaldas

A landmark with a fantastic address. House of MG, opposite Sidi Sayyed mosque, has bustling energy in its surroundings, offering a glimpse of everyday life, albeit at the comfortable distance. It is tough to stay away from its inviting ambience once you drive or walk past the crossing it stands by. 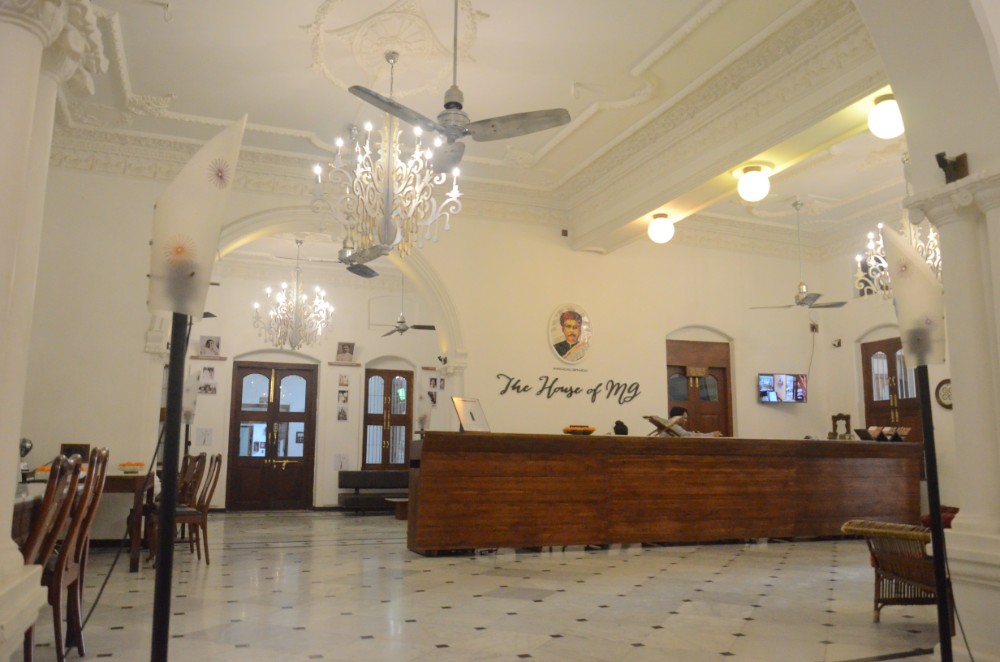 The House of MG, not many years ago, was a family property, largely tenanted, with a post and telegraphy as well as a town planning department, a dispensary, a skin specialist’s clinic, a departmental store and varied other small shops including a pakodiwallah and fruitwallah housed within.It was two ancestral homes combined: that of heritage entrepreneur and educationist Abhay Mangaldas’s great grandfather, Mangaldas Girdhardas, and the other of his great grandfather’s brother, Chimanlal Girdhardas.

Today, the suave 51-year-old has a long story to share, with all its ups and downs, twists and turns, before you soak in the glory of reading about or walking through the palatial boutique heritage hotel, The House of MG, understanding how true it is when they say ‘Rome was not built in a day’. This place and its grandeur took close to two decades to realise! 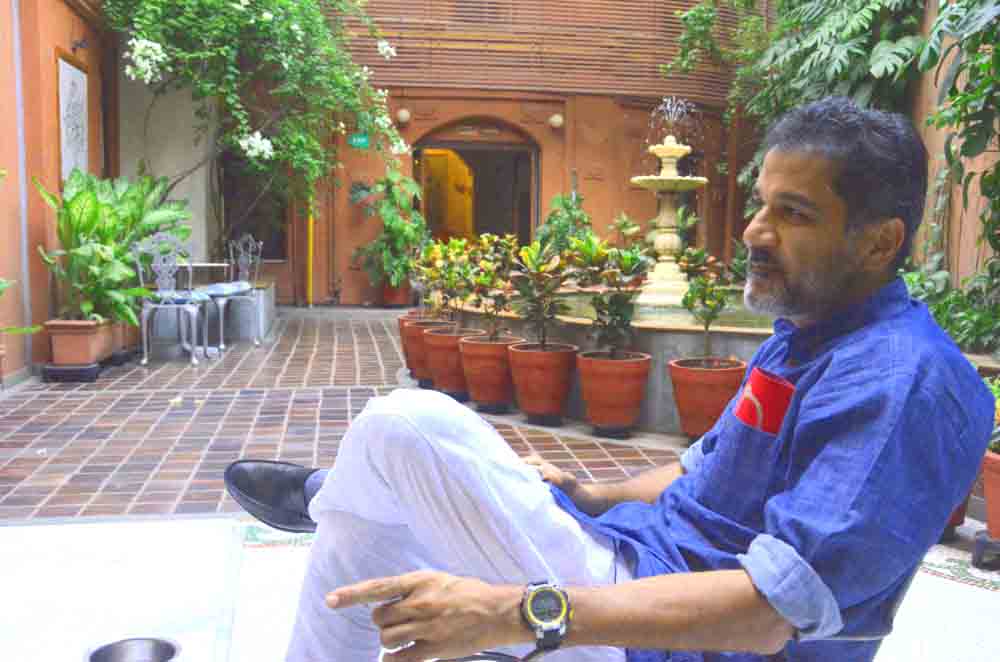 “I have made rounds of several offices to lead it up to this,” smiles Abhay, sporting confidence that comes with hard work and focus, besides working mantras which for him include “perseverance, prudence and patience”. With the introduction of Ahmedabad Trunk early this year, comprising a heritage bookstore, an heirloom store and a textile gallery, The House of MG’s aim is “not to scale in size but to set newer thresholds in quality”. The place that has a grandstanding in the heart of Ahmedabad, and is a landmark to boast of, has witnessed a journey that Abhay Mangaldas humours and relates to thus: “Two decades of my life went in getting it all together…Taj Mahal could’ve been built in this much time or much lesser!” 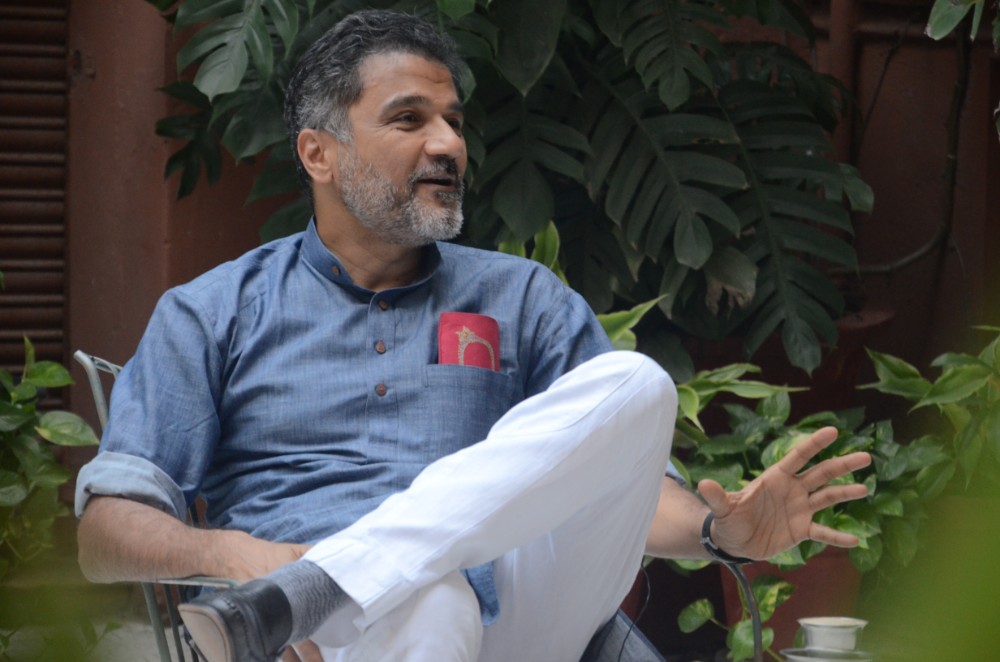 The House of MG is alive and has seen organic growth – after rooms and restaurants, retail and banqueting, “adding Ahmedabad Trunk was like adding a cherry on the cake”. While the textile gallery showcases textile traditions of Gujarat, “90 percent of which are from my mom’s collection”, the heirloom store sells products that are exquisitely crafted, highly curated and spell history. The heritage bookstore puts it all in context. “There are books on Indian healing art, sexuality, architecture, cuisine, arts, crafts and design.

Ahmedabad Trunk will also organise shows of designers and master craftsmen to showcase the splendour of Indian traditions in the 21stcentury. In any entrepreneurial journey, the targets need to keep moving and they automatically do. With time you spend brain capital more than sweat capital; so, we will try and leverage all new projects on what we have already established and added value to it. We have also ventured into online businesses,” says Abhay, displaying ease that is unmistakably charming.

Having begun with his own little shop, AM, dealing in readymade garments to moving on to the family internally discussing the separation of family assets, Abhay recalls, “sometime between 1992-95 family assets were divided and that’s when I decided to buy from other family members. By 1996, I had control over one side of the property along with tenants who I gradually began speaking with to empty premises. I started Agashiye in 1999; the same year during Dusshera we opened Green House in the parking lot area. All this while the tenants were still there! Around 1998, I was working with artists in Mumbai where I met Vinod Khanna who had become Minister of Tourism then; he helped me get rid of the post and telegraph department. Around 2002 we introduced the HBM Lounge, followed by the first seven rooms in 2004, swimming pool in 2007. Soon, there were five more rooms followed by another three when LIC office moved out. By 2009, all rooms on that side were ready. I took over this side in 2007 and getting an illegal tenant – a fruit vendor – took another four years!”

Getting back to the present, there’s something new and interesting coming up next month. After Mangaldas ni Haveli, there’s Mangaldas ni Haveli II that is readying to welcome city heritage enthusiasts. “The haveli will house six rooms and a restaurant that we have called Pol Kholi. This boutique hotel in the pol is very modern with a lovely garden and surprises as far as design is concerned,” says Abhay who, as usual, has taken a keen interest in the interiors of the place. “Architect Sanal is involved in the project and he has been able to translate my brief in architectural elements. It’s a very fresh and contemporary place with modern amenities.”

Recounting the decades, Abhay Mangaldas who is also Managing Trustee of Shreyas Foundation, mentions his interest and involvement in enhancing education at the school that has “a waiting list when admissions open”. From horse riding and theater to football, swimming, camping and skating, the school has got it all. There must be something that he is involved with and enjoys beyond the hotel and school. “Sure…in my free time, I play squash, travel, ride at Shreyas, spend time with Balgram kids,” says the man who does “very little socializing” and keeps himself “unnecessarily busy”. For those who follow his projects and see them realize subsequently, surely know when he is busy, there’s something novel coming up somewhere. That’s pretty much been the pattern. 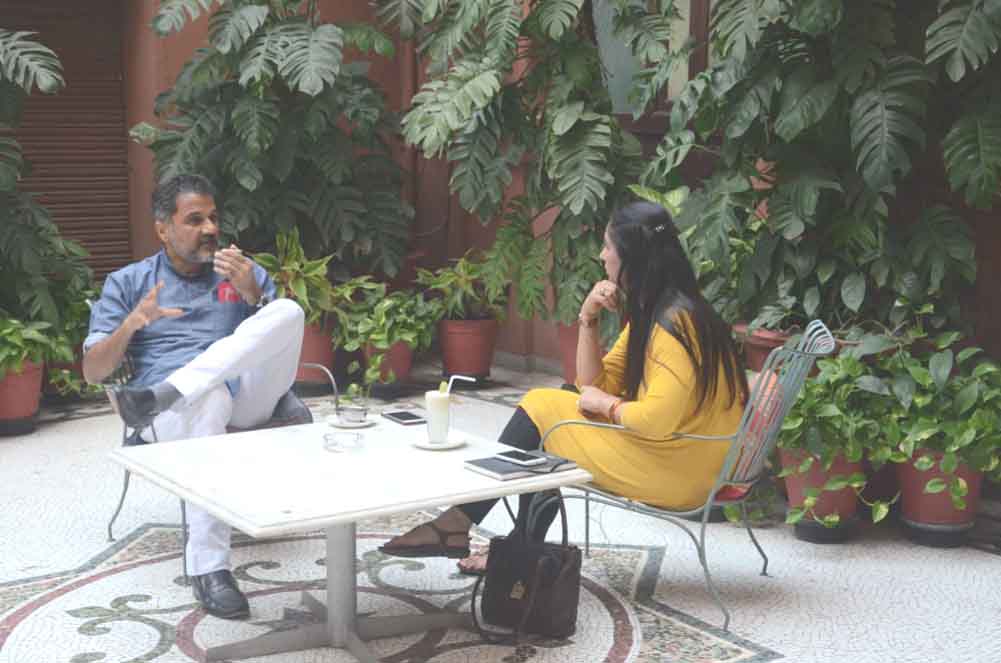 Knowing the progressive streak in the man, one never knows what new the coming decades might bring. Meanwhile, Ahmedabad is home to Abhay’s creative streak. What’s best, every few years, you know you can expect something innovative, something that makes you wonder ‘Oh, this could happen too!’ So, perhaps that could include marriage too? “I will definitely marry, but it will happen when I find someone,” he quips. And does he have a picture in mind of the kind of person he may want? “I sure do…which is why it is taking all this while!” he says, with a cheer that is mild but clear.”