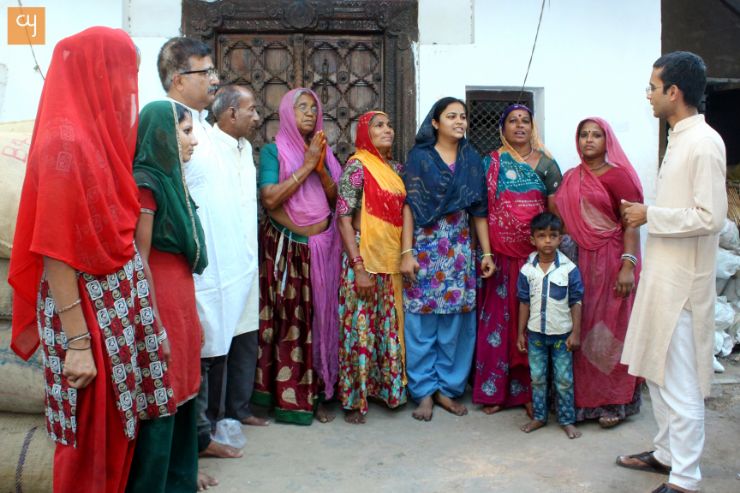 Close to two decades, and this young entrepreneur from Ahmedabad, gets up every morning, with the solitary objective of creating value for the society.

“No doubt, capital is lifeless, but not the capitalists who are amenable to conversion.” – MK Gandhi

Having been brought up in an environment that was cultivated with the five principles of Jain faith, being Truth, Non-Violence, Non-Stealing, Non- Possession and Non-attachment he grew up into a promising young man who drew inspiration from MK Gandhi’s ‘Hind Swaraj’. Extremely well read and hugely informed, he was absolutely clear about the role of entrepreneurship as a change agent. This background coupled with the genetic lineage of the ‘Baniya’ tradition was enough to put him into an orbit of creating ‘well-being’ through enterprise interventions.

Since years, Mithun is involved in managing ‘Arya Sanskrti’; a trading venture that deals with organic and holistic wellness offerings. And mind you, it is nothing close to typical organic wares selling retail outlet. Mithun started to focus on the daily consumption pattern of an average individual and started making products that would provide for anyone’s everyday needs. Be it a dantmanjan made from centuries old recipe, hand churned cow ghee, pesticide free pulses and grains to organically made jaggery and much more. From food to personal care to utensils, Arya Sanskruti gradually added all the consumables that are required during the day. 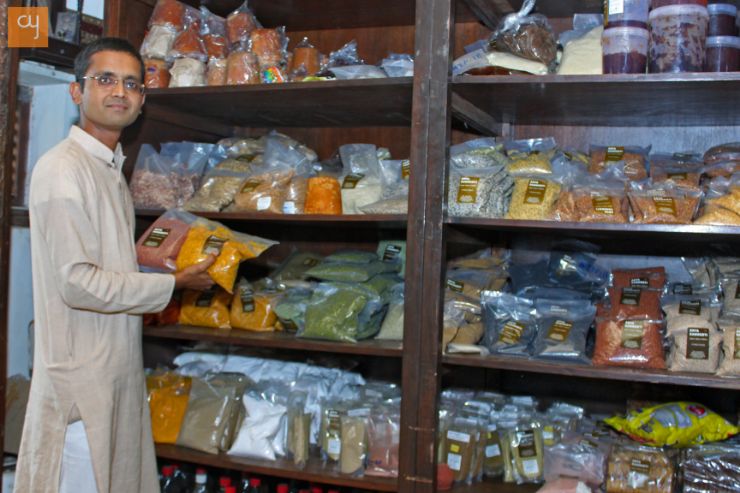 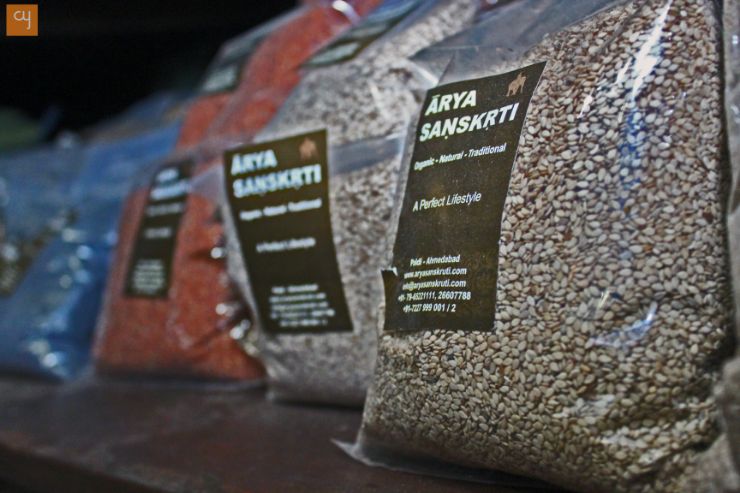 As his business started growing and demand swelled, he shifted focus on his vendors. In this phase, he learned about the importance of connecting these vendors, who are largely poor farmers or small time traditional provisions maker, or artisan;  with larger demand pockets. Mithun realised that if these producers are not motivated enough, it will be difficult for them to last further. Thus he made it his mission to uplift these farmers, producers and artisans by selling their produce to wider markets. 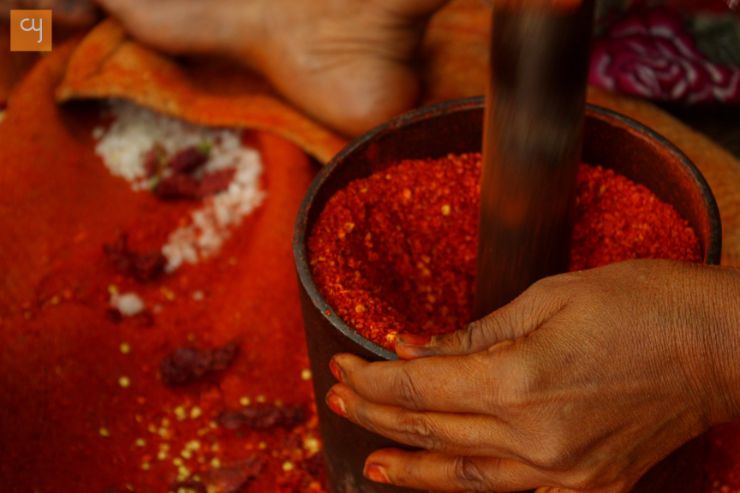 Today Arya Sanskruti deals in Event Management (traditional and heritage styled events), Organic Food grains, textile and art merchandise, Traditional copper and bronze utensils and personal care products – all of it made with a minimum level of machine and maximum level of handwork, thus lowering the violence and carbon footprint. Mithun spends close to 50% of his active time in other holistic developmental activities that range from farming, education to environmental awareness building drives. He supports Gurukulam Trust and Shrutlekhan Trust, respectively engaged in traditional education and scripture rewriting initiatives.

His endeavour doesn’t end here. Mithun makes sure that his business processes and his own personal lifestyle should embody his philosophy of non-wastage and natural means. His home is adorned with traditional textiles and recycled wood ornamented with traditional carvings. The store building is made of mud and bricks and doesn’t use cement. The exterior plastering is done with cow dung and the interior is done using lime and surkhi, thus creating an environment that is adaptive and that which responds to the external climate positively. The use of natural sunlight through skylight ensures extremely low use of electrical consumption. 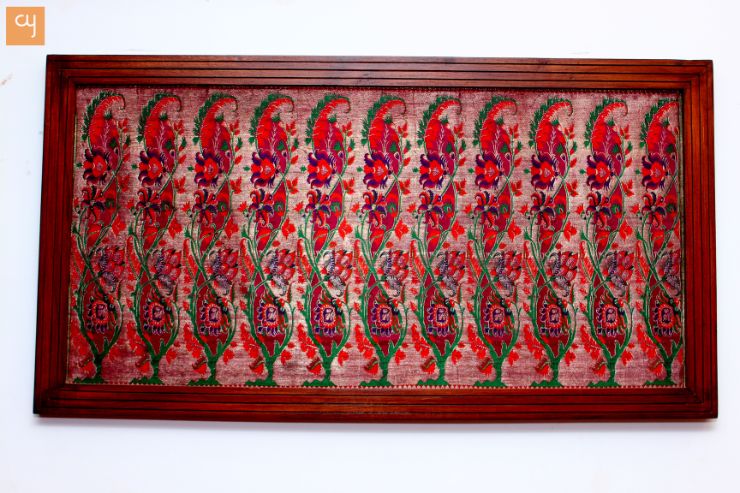 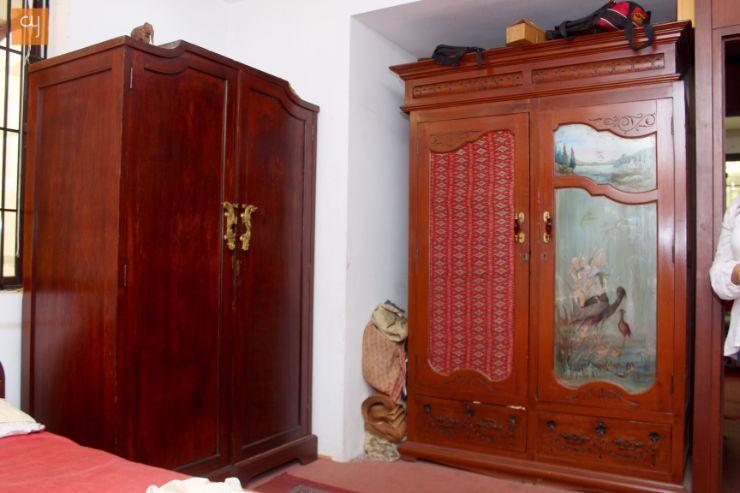 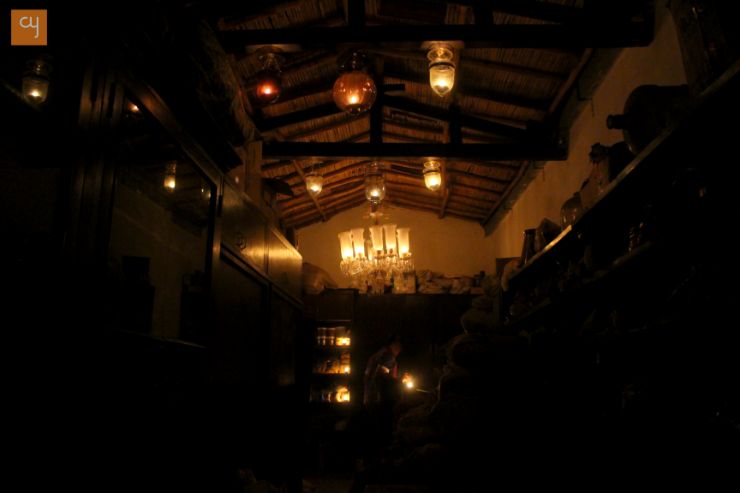 This trust has spread his sourcing to more than 6 states of India, and he is able to sell his products beyond Ahmedabad to Udaipur, Mumbai, Delhi, Bengaluru and Chennai. His store sells more than 10 tons of grains, close to 2 tons of pulses and nearly 5 tons of organically grown mangoes, this is quite a feat considering the limitations that Mithun has laid upon himself. While he comes across as a persuasive Baniya, who knows his profits well, he is clear in his head to not get attracted to inorganic methods of modern day market place. Mithun has stayed away from the concept of ‘branding’ and also from typical retail strategies of ‘push sell’; as he doesn’t want to be a contributor to the ever burgeoning consumerism. 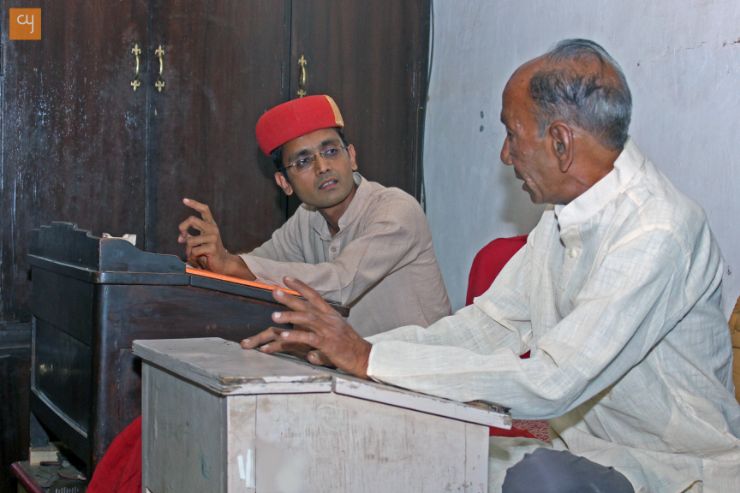 Currently, Mithun is engrossed in the enormous task of conserving the traditional varieties of organic rice that are grown in this land since eons. Painstakingly his team has connected with farmers across the length and breadth of the country and collected a colossal 1800 types of rice varieties, each different from other. They have also documented the health and medicinal values of each of these varieties. All of these is going to be presented in the form of an exhibition on 16th and 17th of April in Ahmedabad. The exhibition is titled ‘Akshat Mahotsav‘.

Just a few decades back, the economic fabric of this nation was decorated with the culture of ‘Mahajan’ where in the business community took up the onus of societal development. Take example of Ahmedabad, and one will see, most healthcare centers, libraries, schools, colleges, museums and other cultural infrastructure that were created by the investments of private entrepreneurs. And this happened even in the absence of any CSR compliance.

Somewhere in the narrow by-lanes of Paldi area of Ahmedabad, in an easy-to-miss establishment, completely devoid of any glitz or glamour, is Arya Sanskruti, a venture that has embraced ‘go slow’ in the times of ‘fast & furious’ and has yet managed to sustain and grow at a rate that ensures its economic viability.

CreativeYatra salutes the spirit and perseverance of Mithun Shah, who is among the rare breed of entrepreneurs, who still believe in their responsibility of being a ‘Mahajan’.

With inputs from: Anshika Jain