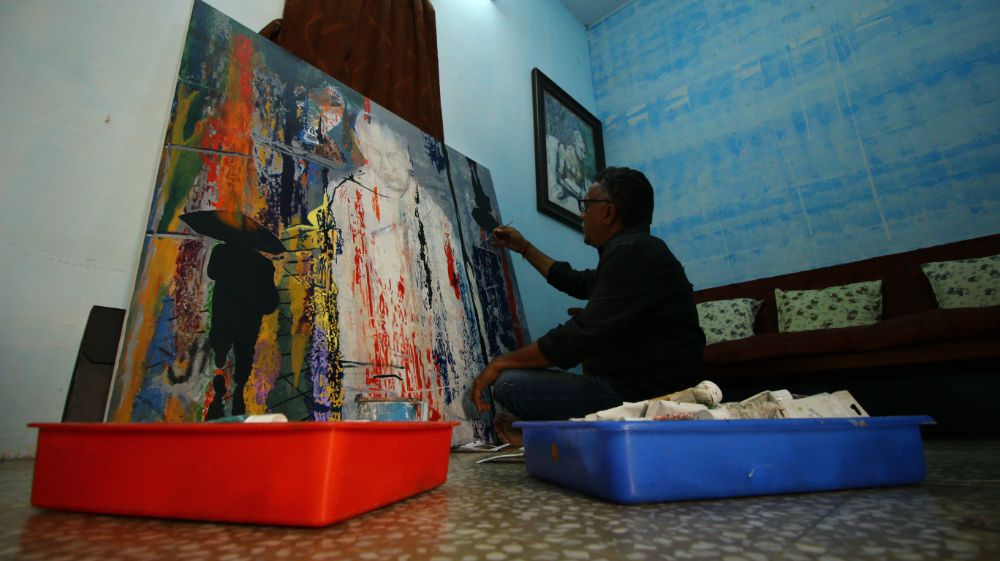 Be it figurative or abstract, there’s one subject that will never cease to be a favourite for this artist. “I will paint Gandhi till as long as I understand,” says Manhar Kapadia about the inspiration behind his paintings. The 51-year-old artist’s over a decade-long dream comes true this month-end when over 30 works on the Father of the Nation are put up at Mumbai’s Jehangir Art Gallery. Known to paint Gandhi in various hues and forms, shades and colours, Kapadia likes to “contemporaries Gandhi”. “I like to merge his thoughts with mine and paint a story. I am a simple man and I love relating to Gandhi’s simplicity,” he says, recalling how Gandhi ‘entered’ his life.

Faculty at Painting Department of Sheth C N College of Fine Arts, Kapadia has been painting ever since he passed out in 1988 with a Diploma in Painting and Art Teacher Diploma. However, painting Gandhi in the way he does now happened much later.

“It was sometime in 2006-07 when I got a call from Gandhi Ashram; they wanted me to do a show on Gandhi for his birth anniversary. I did eight works, and to my surprise, all got sold. I got one lakh rupees and it was like winning a lottery,” says the enthusiastic artist about the incident. Kapadia also believes Gandhi brought him good luck. Narrating an episode, he says, “I have travelled from Ahmedabad to Mehmedabad for about eight years and while commuting in train, I would often think of Gandhi’s tryst with the train. Somehow, somewhere, deep in my heart, I would relate to Gandhi and feel good. Even today, I do the same. Ever since then I have done about 16 shows on Gandhi – from Delhi and Mumbai to Kolkata, Hyderabad, Indore, etc. In fact, it may sound strange, but I have filled the form every year since 2000 to display works in Jehangir Art Gallery and it’s finally happening now, and because of Gandhi.”

Kapadia recalls doing landscapes and portraits – mainly commissioned works – and his first show was at Contemporary Art Gallery in 1998. “I did many portraits of important figures thereon. Then I did a series on the chair – power, designations and all that goes in owning one. For this, I also got a Lalitkala State Akademi award for sculpture of a chair – an actual chair with a game of chess placed beneath. My portrait (bust) was placed on the chair wherein newspaper cuttings on politics, inflation, etc. were pasted. Some years later I did a series on the spinal cord. I had a health issue owing to my spinal cord and I made works of people from varied backgrounds and professions and how their spinal cord would be when on job, like for example, yoga teacher, spot boy, etc. This show was at Mumbai’s Bajaj Gallery and one of the viewers who casually walked in was lyricist Javed Akhtar. He saw my works and said I didn’t know yet what I could do… ,” reminisces Kapadia.

How true he was. 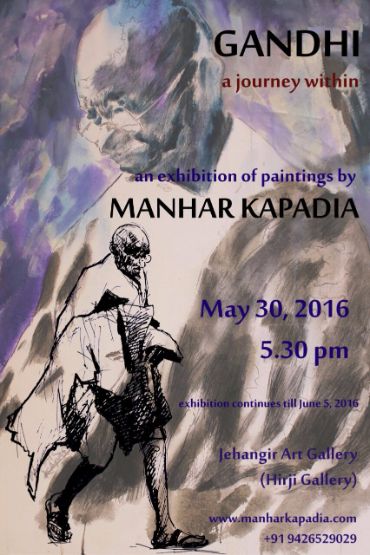