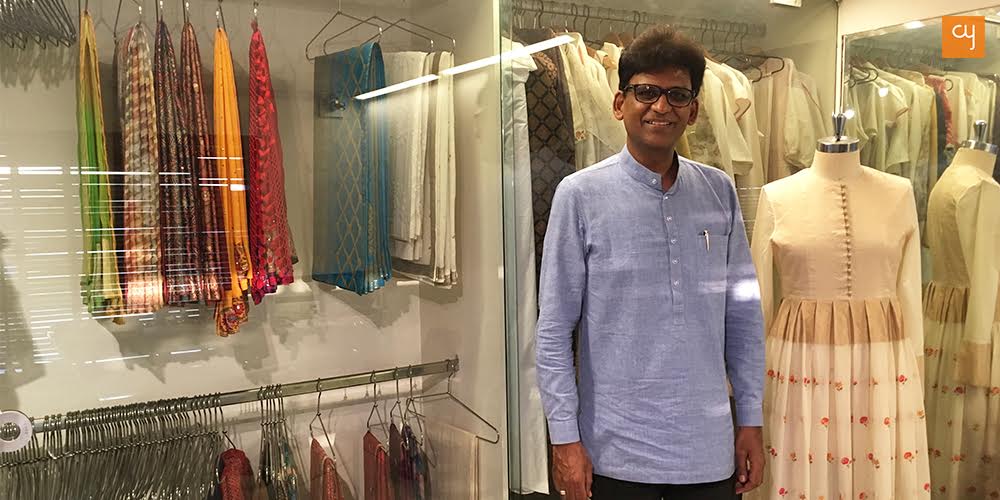 Asif Shaikh broke gender stereotypes in the 80s by choosing embroidery as his vocation. Shaikh has been helping artisans in India generate sustainable livelihoods and believes institutes need to take handicrafts seriously.

Ahmedabad-based embroiderer Asif Shaikh and our digital media platform Creative Yatra have been sharing offices in the same building since a few years. I was familiar with the fact that the beaming 55-year-old self-taught designer, who greets me with a twinkling smile every time we cross each other, befriended the needle and thread at the age of 7. But our friendship began in March of this year when I received an invitation for his latest exhibition A Confluence of Birds at KL Museum, which was to be held alongside the similarly textile-themed exhibition The Alchemy, a precursor show of the soon-to-be-opened Arvind-Indigo Museum. 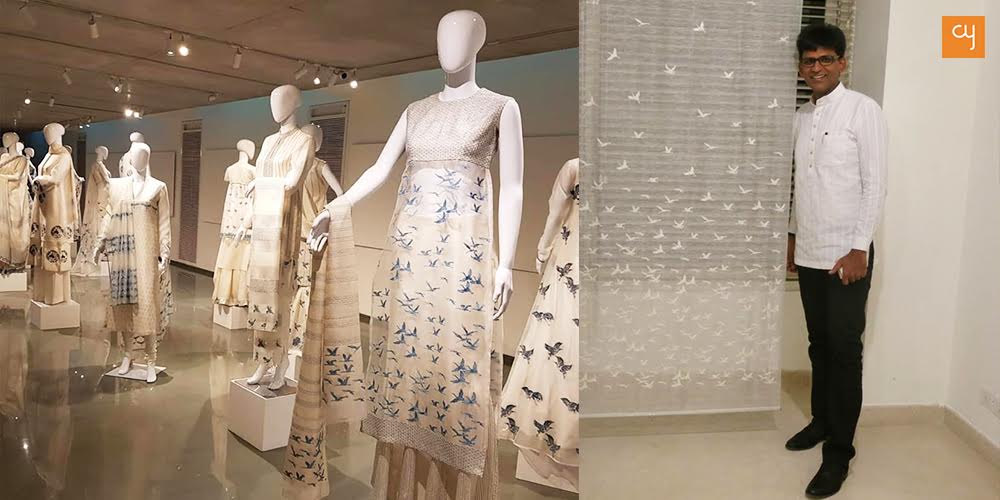 As a young adult in the 80s, Shaikh shattered gender stereotypes by adapting his passion for embroidery into a vocation. While pursuing his studies in Interior Design from CEPT University, the man nurtured his love of fabrics even more. He says, “I don’t know how, when and why it began. All I know is that I was a weak child in the early days and I rarely went to the playground. During all this time, it was embroidery that kept me uplifted.”I had previously read about the fabric designer, who has garnered recognition across borders for his multidisciplinary embroidery styles on clothes. But it was during our personal tete-a-tete that I realised how much the man immerses himself in his craft; how he personally travels from cities to villages to select fabrics, get them dyed, and meet artisans to comprehend their daily needs. While conversing with Shaikh, I discovered the various roles he has been playing to save the traditional art and encourage its livelihood possibilities for artisans.

Shaikh’s studio is full of vivid dresses adorned by hand-woven birds, twigs, leaves and flowers. Gazing through the window of his top-floor office, he said, “I dream up all the patterns in my mind while sleeping and then make an impression of them on paper.”One only has to look through a magnifying glass to see the intricacy of Shaikh’s embroidered designs. Shaikh only draws by hand to explore how to combine various nature-inspired designs. He doesn’t use any digital means while coming up with ideas for the creative patterns. Assuming that all these wearable works have been made by Shaikh himself, I pointed to one of the dresses and asked him about the process of its making. I was surprised when he told me that more than 20 artisans had worked on making that single piece of cloth and that it had travelled to more than three cities for various processes.

When I asked Shaikh if he visits schools and colleges as a guest lecturer, his answer shook me to the core. “The handicrafts will soon die if we don’t delegate them to the next generation at our design schools,” he said, “And I so want to teach the art of handmade embroidery to our young folks, but no educational institution has yet invited me to their campus for regular guest lectures. I don’t need to earn a single penny from my teachings. But I want to start early because all these skill sets need time to delegate, and the design schools have to understand that creative embroidery can’t be thoroughly taught within one-year or two-yearlong courses.” 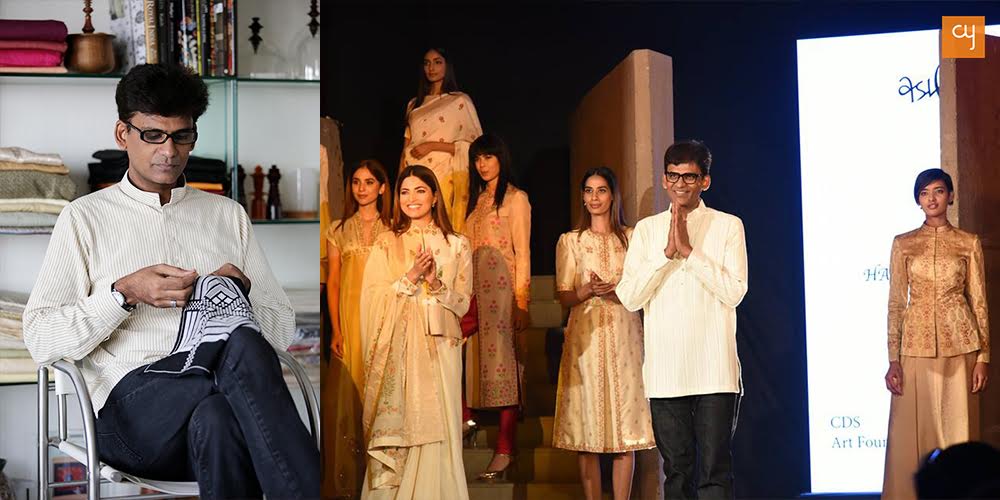 I asked Shaikh about his take on various fabric and design extravaganzas that happen across India to uplift the skills of the marginalised artisans of India. To this, he critically commented, “Rather than spending crores of rupees in curating exhibitions and biennales, where only the elites of society are present and no artisans, the authorities (organisers) should invest in making looms for these people.”Shaikh shared that, since 2015, he has been associated with hundreds of artisans and has helped them generate livelihoods using their design skills. Shaikh’s studio itself has more than 100 artisans associated with it directly, and more than 20 practise embroidery at his Ahmedabad workshop. The designer, who lives alone with his father, said, “The only family that I have got are my artisans.”

Shaikh also shared that the changing trends of textile usage in India have altered the way we interact with fabric. The reduction in the amount of cloth used in making a single piece of wearable attire explains it all. Previously, for example, an average woman’s clothing was made using a 9-foot long fabric. Now, it is produced using a cloth that’s hardly 1.5 feet in length. This, he argues, is not a healthy fashion because the climate in Ahmedabad is harsh on the skin, and the body should be covered with climatically appropriate clothing.

The passion-driven designer who has made ‘Asif’ synonymous with ‘excellence’ has invested his talent and time-honoured patience in making himself and his art. It’s time that Shaikh is called by institutions to not only teach but to inspire budding designers to achieve the world with their passion.