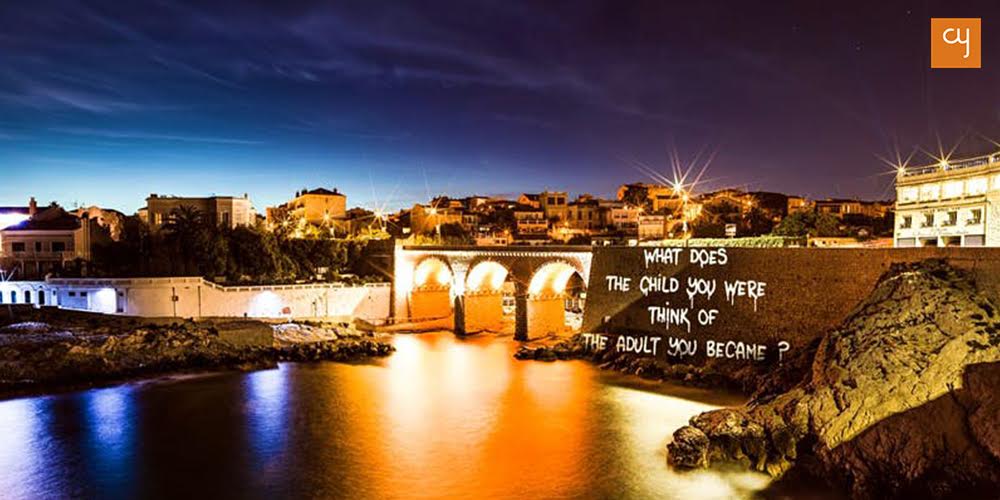 In this article, we discuss a few artists who have taken conceptual art to the next level and produced art projects that voiced the environmental issues and effects of climate change.

Covering 5.5 million sq.km, the Amazon Rainforest produces more than 20 per cent of the world’s oxygen, revering them the title of ‘Lungs of the Earth’. The vast jungle has recorded to have had around 74,000 fires in the year 2019, twice than the previous year which recorded about 41,000, which has burned down about 8000 sq.km. of the rainforest.

And what is more disappointing about these fires is that they were started by neighbouring farmers to cultivate pasture grass for their beef cattle.

Amazon has been an inspiration to various artists throughout the world not just for its beauty but also for the interconnected biodiversity that can be experienced there. In terms of literature, cinema and art, the mysteries of this dense rainforest have intrigued generations.

The threat to amazon’s preservation was prevalent even before the recent tragic forest fires. Frustrated from the silence, artists and activists from all around the world have been trying for decades to spread the awareness of amazon’s endangerment.

Philippe Echaroux, a French photographer, initiated a series of projective street art called Street Art 2.0. In 2016, he took this project to Amazon rainforest and used the forest as his canvas. He lit up the trees there with projections of the faces of the Surui people, a tribe habituating in the rainforest.

He wanted to highlight the difficulties faced by the Surui tribe due to deforestation and illegal logging. In an interview with Widewalls, Phillipe said:

The goal of the Amazon project was to show that when you put down one tree it’s like putting down a man. That’s why we projected the faces of the Surui tribe on the trees, to personalize them.

And not only for the Amazon, artists have taken upon the responsibility to exhibit the atrocities and possible disasters that have struck all around the world due to climate change. Their artworks aim to bring about a change and, even though reversing the erosive effects on climate is next to impossible, they make people realise their responsibilities towards nature, so that we can prevent further harm to it.

From melting glaciers to reducing population of pandas, here are a few examples where artists have voiced their concerns about the future and took matters into their own hands:

Created in 2017 by Joaquin Fargas, an Argentinean artist and engineer, Glaciator is an art installation placed in Antarctica which works as a ‘firn-maker’. It compresses snow into firn, an intermediate state between snow and glacier ice. By doing so, Glaciator aims to accelerate the process of glacier formation in Antarctica and help it regain the mass lost due to global warming.

With concern for the rising sea level, what is an even more alarming concern is that of its effect in the awakening of frozen deadly viruses trapped in these glaciers, especially as Fargas points out, in permafrost areas of Arctic. Glaciator, therefore, works as an antivirus.

In the summer of 2018, Mel Chin astonished the Time Square with his artwork of augmented and mixed reality. Wake and Unmoored was a two-piece art installation that aimed at opening people’s eyes to the climate change.

Wake is a 21-foot tall wooden sculpture that symbolises the 19th century sunken ship, the USS Nightingale. The sculpture represents an animatronic female figure with the shipwreck shaped as a carcass of a whale and symbolizes the economic past of New York.

Unmoored is the augmented reality part of the installation, created in collaboration with Microsoft HoloLens, which covers the streets of Times Square in an imaginary flood of animated flotilla of boats and tiny planktons covering the sky.

Through Unmoored, Mel aims to show a prophetic revelation of a catastrophic future of New York if the water levels of oceans keep rising. People can download the Unmoored app and see the phenomenon through their phones or use a Microsoft HoloLens headset. Mel Chin says:

In a world that is so rapidly making things simplified for immediate digestion, maybe we have to do something that is powerful enough that it would stay in the mind and say ‘I really want to understand what is going on here.’ And this is where you bring surrealism into life.

We know that pandas have been considered as endangered species and it is very difficult to coax them to mate in captivity. But how far are we willing to go to bring awareness in people about that?

An effort worth noting here would be Paul Grangeon’s, who has set the bar high. The French artist in collaboration with WWF France created 1600 papier-mâché pandas in 2008, one for each panda alive. He took them for a World Tour to more than 100 locations, including France, The Netherlands, Italy, Switzerland, Germany, Malaysia, South Korea, Hong Kong, Thailand and Taiwan

These pandas were showcased to educate people around the world about their endangerment and why they need to be preserved. In fact, it is important to note that not only is their population in danger, their native habitats too are deteriorating due to global warming and human interventions.

Now let’s go way back to early 80’s. In 1982, Agnes Denes, a primary figure amongst the concept-based artists, planted and harvested 2 acres of golden wheat at a landfill two blocks away from the Wall Street and The World Trade Centre. The land she occupied was worth $4.5 billion and was commissioned to her by the Public Art Fund.

Agnes cleared out the landfill by removing trash and debris, maintained the field for four months with clearing wheat smuts, fertilizing the land, pest control and installing a system for irrigation. And all she had were two assistants, but her cause and determination gathered a gigantic mass of volunteers.

The harvested grains mounted to 1000 pounds of healthy, golden wheat that were distributed in 28 cities around the world as part of an exhibition called “The International Art Show for the End of World Hunger” which was organized by the Minnesota Museum of Art.

Art has been a platform to embrace life and to enjoy each and every moment. But a few artists like these have wielded their talents to make people realise our responsibility as a society and reconcile our actions with humanism and environmentalism.