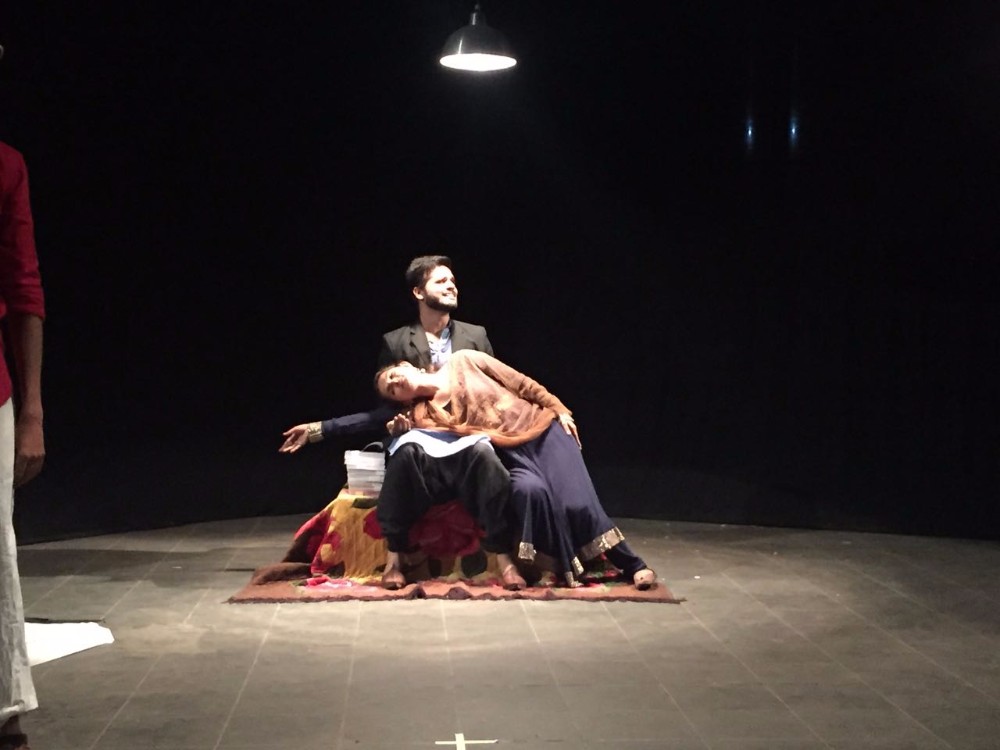 ‘The show is already houseful Sir’. A response that surprised me pleasantly  because the students of Rangayan Theatre & Acting Workshop, who recently explored their acting skills from their masters, are having their debut show completely sold out. My curiosity levels shot up even further as I discovered that this two decade old play, iconic in a sense, is being experimented by young students to suit the social media fed generations sensibilities.

The venue for the show is this new cosy venue called ‘ScrapYard’, that is fast making itself popular as a venue that breeds experimental stuff from prodigy theatre groups of Ahmedabad. (Venues play a significant role in building the environment for any art activity and Scrap Yard seems to be playing its role well.) As I walked in for the show, the amphi-theatre was already brimming with young audience, who seemed in their twenties. An encouraging sight for the lop-sided theatre scene of the city.

The original play ‘Taj Mahal Ka Tender’ is a sharp satire that puts the Mughal Emperor Shah Jahan’s efforts to build the wonder of the world Taj Mahal, in the context of today’s time and date. How the current state of society, burdened with archaic government laws, corruption and red tapism would impact such a project is expressed using biting dark humor. Originally written in Hindi by Ajay Shukla, Taj Mahal Ka Tender has a strong grip over its spectators since decades and has won prizes like Sahitya Kala Parishad and Mohan Rakesh Samman. The students of Rangayan, who performed the play on evening of 24th of October 2016 , adapted the original and experimented with certain parts to add a contemporary punch. 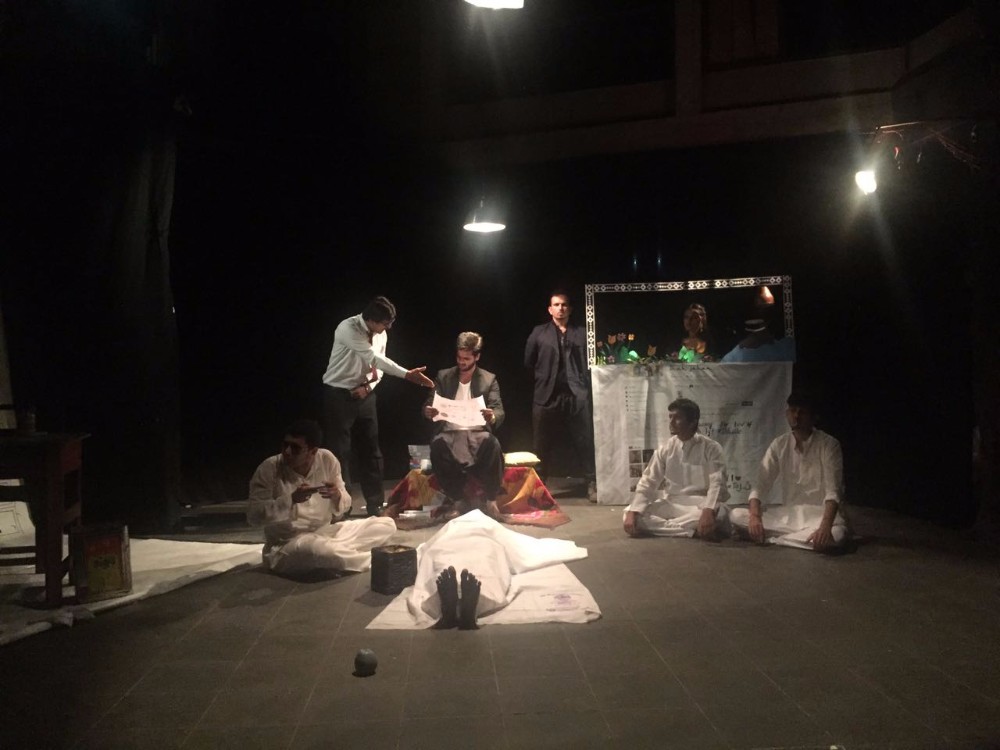 In student experiments one tends to enter the performance with limited expectations; however the team must be complimented for surpassing the overall expectations of the gathered audience. For amateurs, tasting  stage presence for the first time, the opening act was very handled, that warmed the audience for rest of the play. Being a play that combined wit and slapstick with dark humour, Taj Mahal Ka Tender is by no means an easy act to execute.  The students successively maintained the tempo and were successful in keeping the audience involved during most of its run time. This was evident by the fact that one didn’t see many mobile screen light up during the ongoing act. A feat in today’s age and time ! 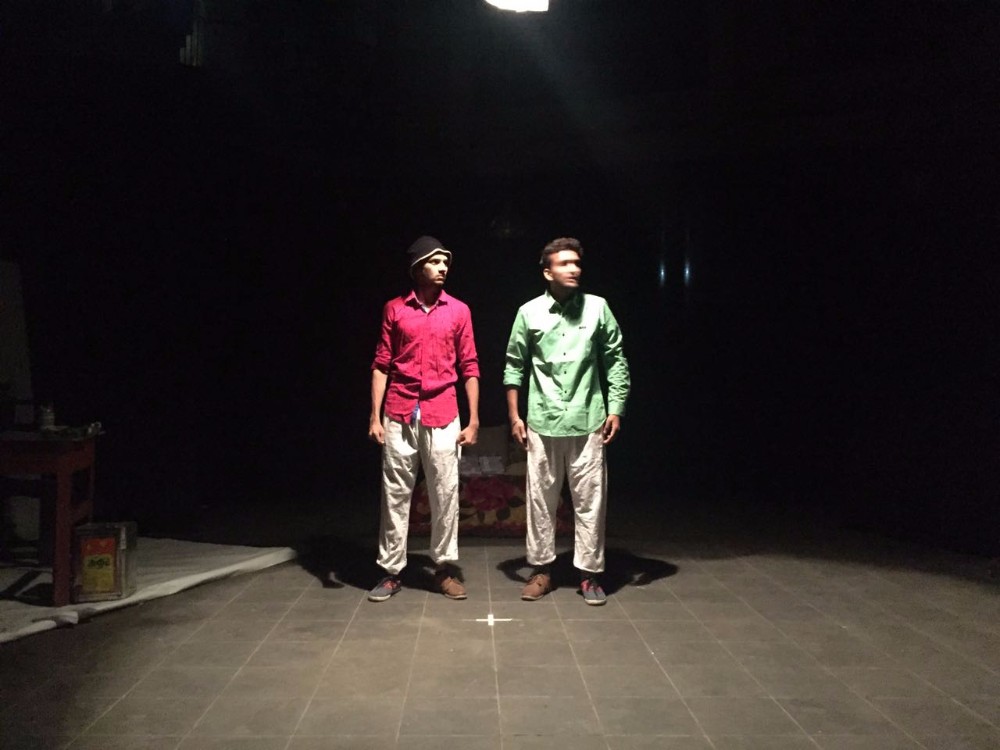 The environ of play was continuously reinforced by the songs that were interspersed with  ‘Taj Mahal Ka Tender’ within their verses. And the duo of actors, who played the narrators part during the performance, vitalized a different energy within the audience, leaving them with bursts of laughter. Gupta Ji who is a bootless and cunning government contractor to whom Shahjahan approves the tender of building the Taj Mahal for his beloved late wife Mumtaz, literally robs the emperor with extending deadlines and fake progress reports. The role was effortlessly played by Prashant Jangid. Emperor Shahjahan’s role was energetically played by Kailash Shahdadpuri, who ends up ingeniously getting defaulted while filling up the pockets of Guptaji’s personal projects disguised under the banner of Taj Mahal construction. Roles like Arnab Mukherjee and a replica of Arvind Kejriwal did receive audiences laughter. The actors had few low moments on stage, but they displayed adeptness with spontaneous improvisations, a quality you seek in students.

The stage setup and design was adequate;  it was volunteered by students of city based Design institutes.

On the whole the play did leave the audience with a satiating smile.  Vishal Shah who is credited with adaptation and direction shows sufficient potential in handling this classic satire. The main objective of the play, wherever it is performed, is to leave the audience with thoughts about the ‘state of affairs’ in an impactful way. I think the performance achieved this within the gathered audience.

The play is produced by Indie Productions and Scrap Yard, both of whom are to be credited for opening up Theatre scene in the city, and doing a lot to enhance the appetite for experimental theatre among the discrete citizenry.

“If you are not prepared to be wrong, you will never come up with anything original”;  notes educationist Sir Ken Robinson, highlighting the most widely unrecognised fact of modern times. Experiment in fields of creativity that is not aimed ‘to prove’ needs a solid encouragement from the citizens. Compliments to all the players behind this initiative and I look forward to more from this space. 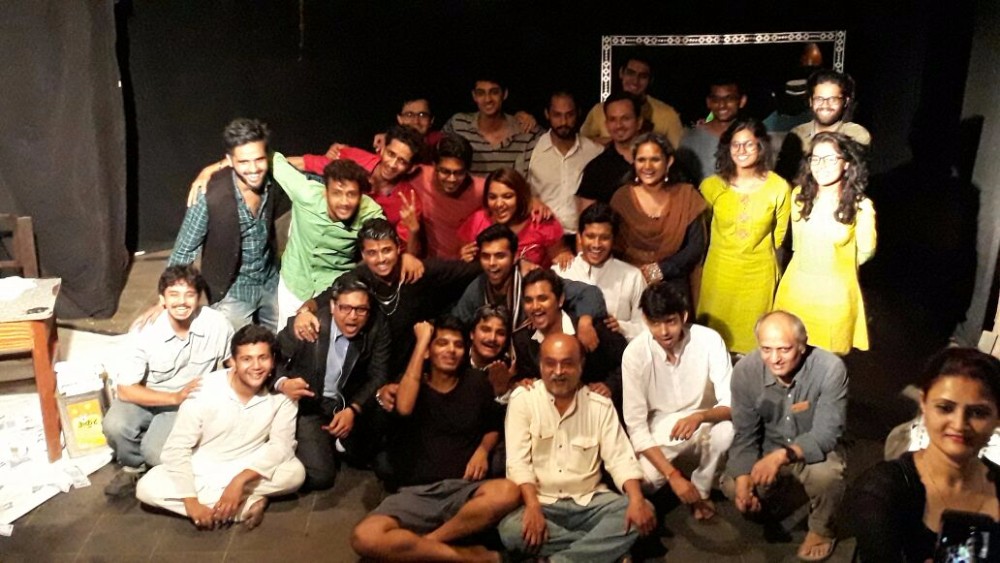