The soulful palace of the city, Architect Le Corbusiers’ Masterpiece ‘The Mill Owners Building’ in Ahmedabad and is playing host to an exhibition of artwork by Ajay Choudhary “Ligne Decisive/The Decisive Line”. Curated by Anupa Mehta founder of Anupa Mehta Arts & Advisory, the artwork is monumental in its scale and draws attention to the decisive lines of the building. The artwork has been created and curated with the building as its context. 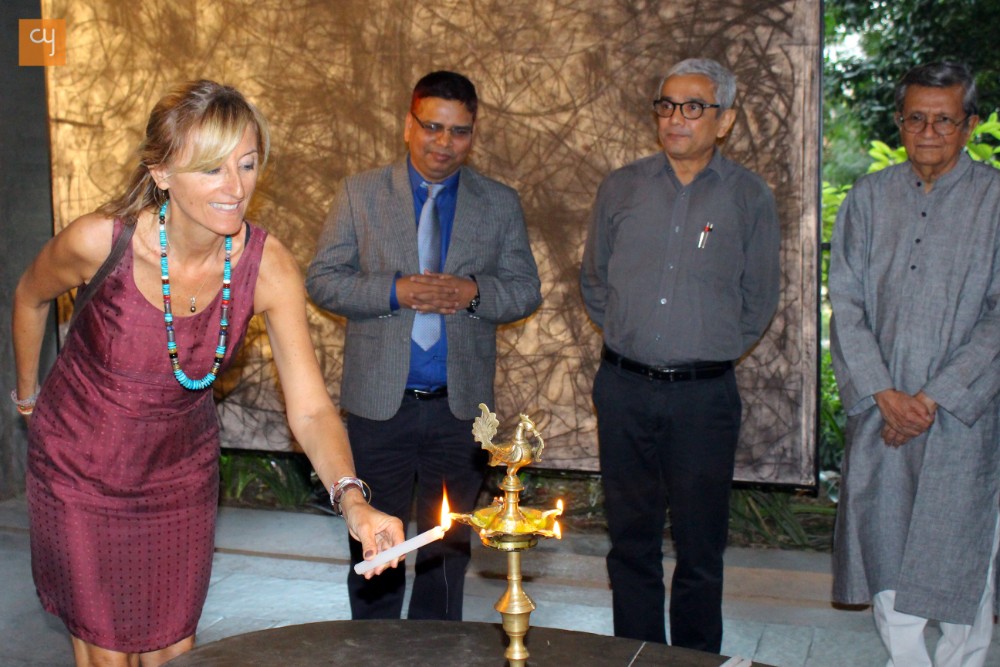 Inaugurated by Ms. Frederique Terzan, the Director of Alliance Francaise, Ahmedabad and eminent architect Dr. Bimal Patel on November 9, 2016 the exhibition will continue till February 28, 2017. Also present at the inauguration were some of the most eminent citizens and artists of the city including Amit Ambalal, Esther David, Walter D’souza, Debashish Nayak and many others.

The pioneer of Modern Architecture and predominant architect of the 20th century Le Corbusier was not only an architect but also a painter, author and designer. The whole nation remembers him for his renowned and excellent work as the chief town planner and architect of the Chandigarh city. Recently, in early 2016, UNESCO declared his architectural designs in the list of World Heritage sites.

Historically the former Mayor of Ahmedabad Chinubhai Chimanbhai and Surottam Hutheesing the president of Ahmedabad Mill Owners’ Association invited Le Corbusier and commissioned him to build the new headquarters of the association. 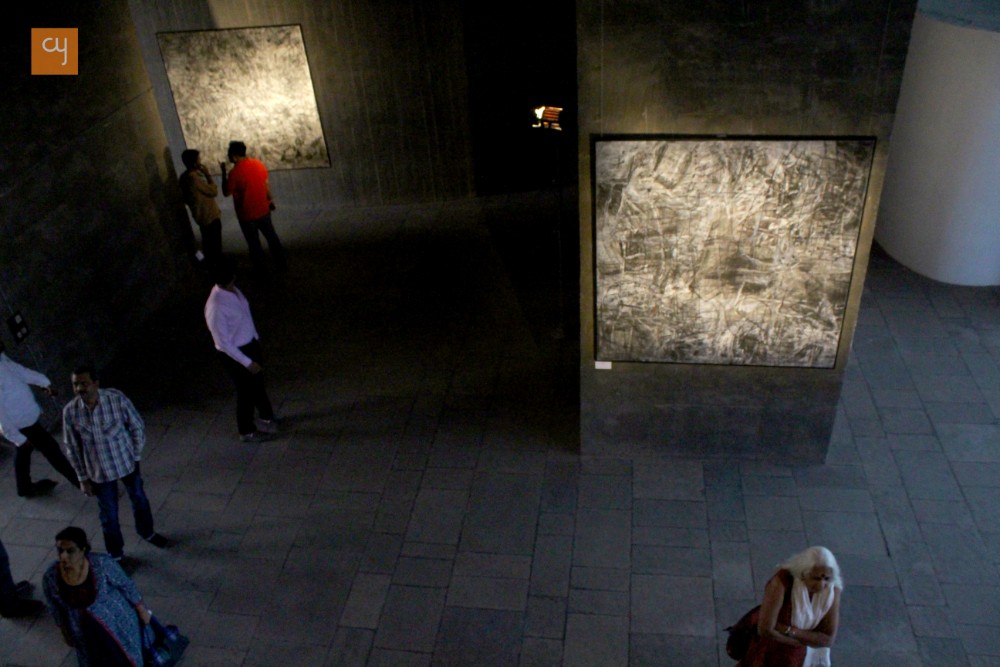 Ajay Choudhary who is a self-taught artist based out of Ahmedabad has been experimenting with abstract art for the past 15 years. He works predominantly and preferably in monochromes of black and white mediums and one can see some other hues in few of his works and his zeal of experimenting with colours as well. An excellent example of this is his exceptional work in brilliant blue exhibited in this show. 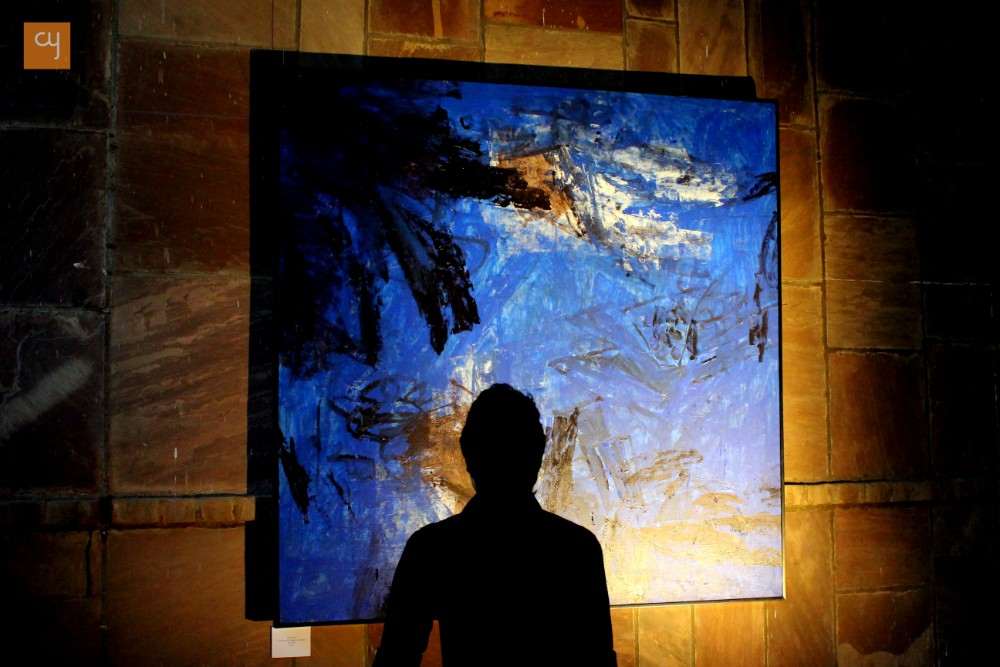 The raw feel of his abstract forms are remarkable. One rarely sees such candid qualities so excellently represented in Indian art. As the curator of the show Anupa Mehta said while talking about the traits of his masterpieces, “it requires a deep understanding to reach at such an extended level and experiment with the subject to bend the rules.” His designs are organic, highly expressive and simulative in nature and they suggest activity and movement.

While talking with artist Ajay Choudhary he mentioned a very interesting fact that every creator should adopt, he said ‘I am not just painting a canvas, the painting is me itself’. Even the curator elaborated on the artist’s work saying “what is inside is reflected on the outside, his work has certain spontaneity and it is certainly delivered. The mediums used for creating these masterpieces are mostly charcoal, acrylics and oils and the artist is heartily inspired by Kandinsky, Pollock and Rothko.”

When one thinks of History of Indian Abstraction, it is all about Spatial Compositions, Distortions and unconventional color schemes and clearly Ajay Choudhary have surpassed these usual qualities and have developed a lyrical sense which is rarely observed in Indian Abstraction.

Holding the exhibition in ATMA house was a masterstroke as the large works are very experimental in nature and presents a dialogue with the building. It is site specific work and it is a delight to see how the abstract artworks contrast and complement the cubist structure designed by Le Corbusier.

Dr Bimal Patel said that both of them did a terrific job in organizing the event and in this structure, he pointed out that it is important that an iconic building like this is used in displaying momentous art.

As an onlooker the art makes one rethink on the emotive as well as expressive aspects of individual life and the rawness and organic nature of the works impact one in a very visceral manner.