At a single Reading Performance (HK Hall, September 6) of Mahesh Dattani’s famous play Tara by teachers of English, final-year students of Special English must have understood its theme and characters much better than during many hours in the class. The players themselves must have had flashes of greater insight into them for dramatic art gets fully realized when the text goes into the performance mode.

The performance brought out the significance of the playwright as well. Mahesh Dattani is the only major modern playwright writing exclusively in English. There are plentiful traditional theatre forms in India that celebrate possibilities of metaphoric sight and sound with insightful inputs of the content they deal with. In Dattani, within the framework of the western dramatic form for proscenium theatre, the core of the theme develops through dialogue. In Tara, an anguished older Chandan Dan says, ‘The material is there. But the craft is yet to come.’  Dattani has had both. With his skills in the modern stagecraft, he incisively brings under focus contemporary urban middleclass issues. 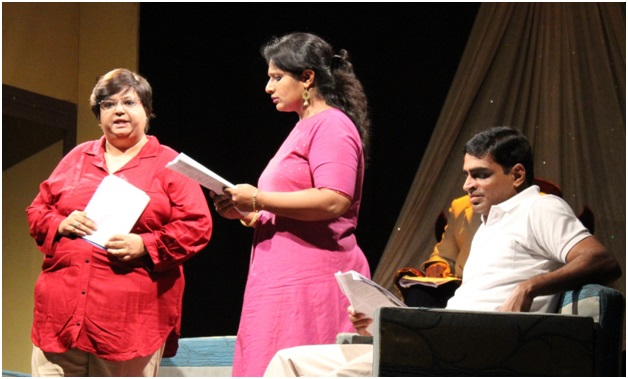 In this play, he unravels our deeply ingrained gender prejudice. Blood was supplied to the third, shared leg of the Siamese twins chiefly by Tara’s body. With the connivance of the grandfather, the mother consents to risking giving both legs to the boy through a surgery though the chances of its surviving on the girl’s were greater. For the enhancement to his career the politically influential grandfather has dangled to him, the surgeon brushes ethical considerations aside and performs the fatal surgery. The result leaves everyone in anguish for good.

What a precious life was nipped in the bud! A sensitive actor Shubha Nigam as Tara stands up and is projected in the centre by director Kamal Joshi, who has insights in the use of space, movement and voice on stage, to express her desire to care for the thousands in society uncared for. ‘That may give purpose to my – existence.’ In the same breath she says, ‘I don’t care for anyone except mummy!’ The two-edged irony, with a tinge of tragedy to it, is not lost on the young audience. The family in the play is a metaphor for our society collectively and the mother is every mother from whom a child never gets unattached even after the umbilical cord is cut. The girl represents a precious soft bud of life often considered unwelcome by them – and for her we never get tired of using political clichés. With spontaneous applause, the listeners express their realization, as in a trail blazed by lightning, of the significance of a life snuffed out in preference to another. 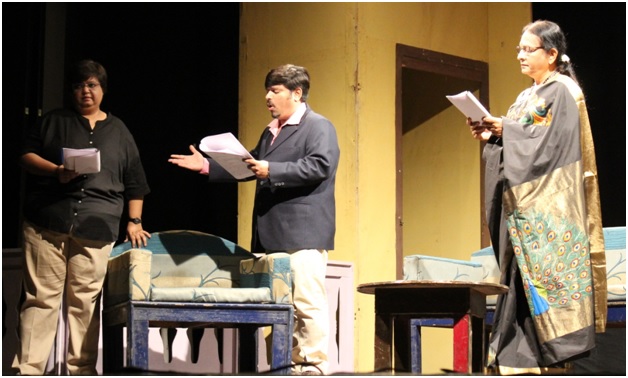 Dramatic art thrives on suggestion. Brother Chandan leads a life of two separated halves as it were. Pre-surgery, played pretty well by a tall and handsome Nitesh Solanki clad fully white, he is a brilliant young man, affectionate and affable to his loving sister, one having a good sense of humour, making an endearing twosome with her. The other half is a distant, anguished older Dan, sedately played by Pulin Bhatt, living in seclusion abroad, trying to release remorse through a creative effort. This character has emotional reserves that need subtly to be explored.

Two players have been cast appropriately in the light of their natural personality traits. Indira Nityanandan is Tara’s mother Bharati. The character – a woman in an orthodox family – that emerges looks and sounds stern and domineering. Like Keyur Vora, who plays Patel with a businesslike tone, she needs to step out of the black and white mould occasionally though and assume slightly softer emotional hues. The other player well cast is Geetanjali as the ‘ogler’ young girl from the neighbourhood. Sportingly, she relishes being Roopa, chirpy and quick to form opinions, wearing a flirtatious smile and attitude, walking in and out at the drop of a hat. The unscrupulous manipulator of these episodes, H.I.Sarvaiya as Doctor, is seated imposingly deep in the middle in a chair resembling a throne. 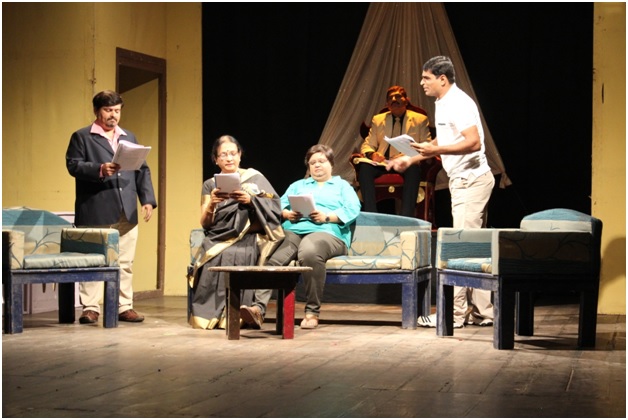 The versatile young director Kamal has diligently edited the long two-act play, introduced authentic musical inputs suggested by the playwright, given a feel of the complexity of interaction, devised a functionally useful set design and projected moods with lights. The ‘Reading’ has the potential for a modest live performance with a more careful attention to pronunciation and intonation.