An impeccable portrayal of a reformist ahead of his time 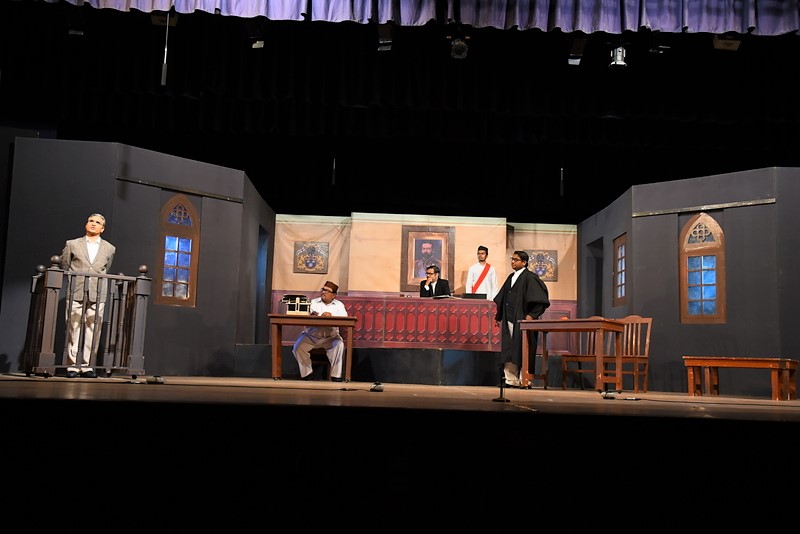 Among Marathi people, there has been a rich tradition of intellectuals, social workers and performing artists who keep temptations of material gain at arm’s length and with a low profile remain dedicated to work related to social and political causes. Imagine a bio-drama of two and a half hours’ duration, Samajswasthya, with the power dialectics gives it, becoming unusually engaging to viewers with even only a nodding acquaintance with the language at the Tagore Hall on the second day’s performance at the 8th Theatre Olympics 2018 and a sizable number of them waiting to interact with its director for forty-five minutes.

Theatre has this power. You remain at the edge of life, with a sharp eye observe it and develop insights into it. Forming a metaphor with imagination then you offer it to society. Or, you plunge into it, explore its depths and come out with a handful of wisdoms as a diver does with pearls in his hand. Playwright Ajit Dalwi, and after him theatre person Atul Pethe, plunged and came to the shore with the pearl named Dr Raghunath Dhondo Karve (1882-1953), who had the enlightenment a hundred years ago that outshines our social awareness even today. 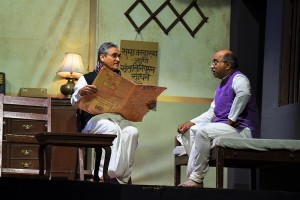 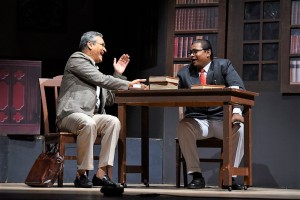 The scenes in the play’s two acts alternate between the Karves’ home with a rich library as the backdrop and the courtroom with images of George V and the British emblem forming the backdrop. In the court, Dr Karve is tried in one case after another for alleged vulgarity and provocation in his researched articles on individual freedom of thought and action, including sexual freedom in his magazine Samajswasthya. During the trial, we get a feel of the scientific temperament of the fearless man and the orthodox religious and political forces interested in a status quo he is pitted against.

At home, he is seen busy doing his work at a typewriter. The home has the warmth in the presence of his wife Malati, normally on her cot, talking with him from time to time but taking care not to disturb him. He remains comfortable in that presence. He engages in a good-humoured talk with her, shares his thoughts and anxiety. The calm at home at times gets broken with an agitated crowd barging in or a police officer entering with a summons. There are welcome guests like Mama Warerkar and Baba Ambedkar, too. 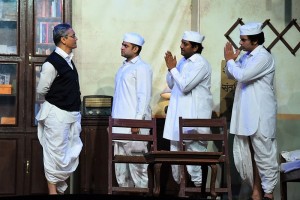 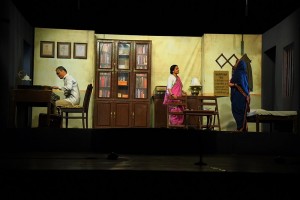 Atul Pethe, who has directed the play, portrays with passion and conviction the central character. Upright and unafraid, unperturbed and unrelenting in difficult situations and temporary setbacks, steadfast in his beliefs and reformist zeal, he is a man of integrity capable of taking society forward. He is a bit anguished later but he never gets defeatist. Persons like Dr Karve and an actor like Atul Pethe are not easy to come by today. A disturbing thought that crosses the mind during court proceedings is that the forces that oppose Dr Kave and his thoughts of openness and feel threatened with an extinction of the Aryan culture are as powerful even today. The only relief is that the judiciary is now known to take a balanced view.

A knowledgeable theatre person by my side observed of the lead actor, ‘He is a complete actor.’ Rekha Thakur as Maltibai underplays her supportive personal qualities in projecting their saayujya, a sweet togetherness. Soft-spoken and gentle, she does not readily welcome all the personal attention her famed husband bestows on her. Space does not permit details regarding certain subtle directorial touches in the play, portrayals of the two celebrities mentioned above and of others, music, lights, costumes and all.