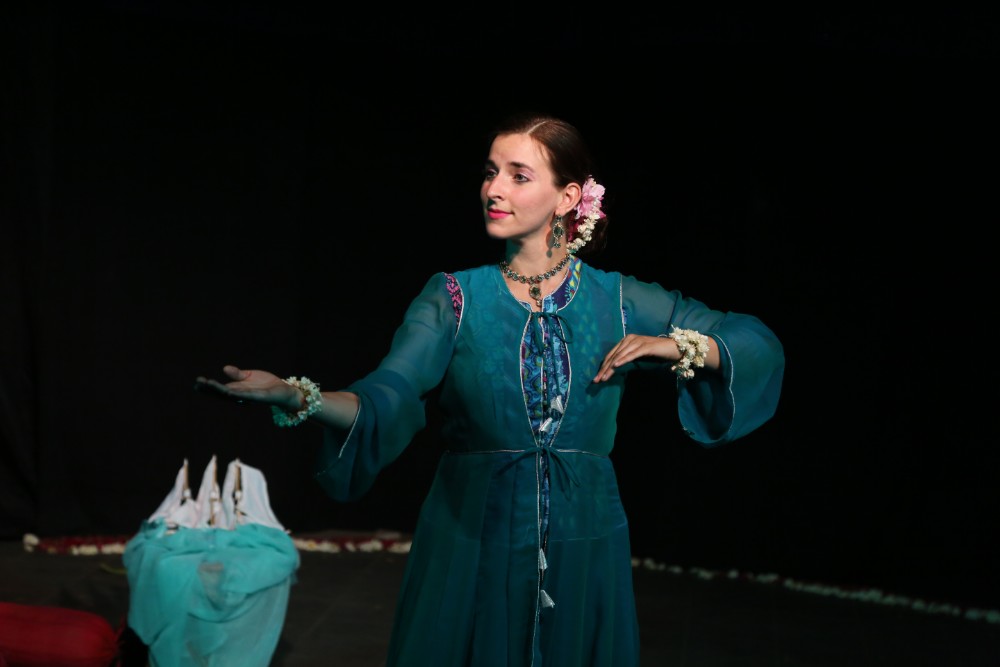 Whatever scientists say, the moon will continue to have romantic associations and connotations.  A poet has ‘late night conversations with the moon’.  Another imagines the moon to be a balloon coming out from where ‘it’s always green and everyone’s in love’. Two pretty young women in a  dainty stage production Muskaan think of bringing the moon down to this earth!

Moonstruck Anjali Shah and Bhakti Shah were together on stage at Theatre Scrapyard on March 18 and 19 with complementary skills. The medium of expression with one is a combination of Kathak, Mime, a bit of theatre and clowning. With the other the medium is storytelling. Italy-based Anjali’s skills in Kathak, honed by Sandhya Desai, are good enough for her to turn her communication lyrical. Bhakti has a flair for delicately telling a story verbally and to excite the listener’s imagination before Anjali interprets its details visually.

The demeanour of both the performers, gentle and self-effacing, is pleasingly viewer-friendly. Anjali as Arlechhina wearing dramatic eye masks develops a nimble-footed fairylike image as from a never-never land of creative imagination. She thoughtfully gets accessible to the viewers when for the moon that she has brought on the earth and finds lost she searches a couple of viewers’ pockets and even mouths – also when she gives them a feel of Krishna’s signature feather. It would have perhaps looked more appropriate if the moon while being returned to the sky instead of falling on the ground had got entangled in her dress or had appeared slid down to the earth!

Bhakti as a lively storyteller sensibly enough wears a flowing gown and a pleasing smile. She now sits silent on a swing in a corner close to the backdrop watching the fantasy world unfolding, now coming in front in the centre sharing with the audience further development in the story. It is understandable that she chooses to not appear protruding and remain gently withdrawn. A dramatic modulation of the voice to stress turning points in the story and its moods, and the soft voice raised a bit in pitch, however, would have had her character received even better. 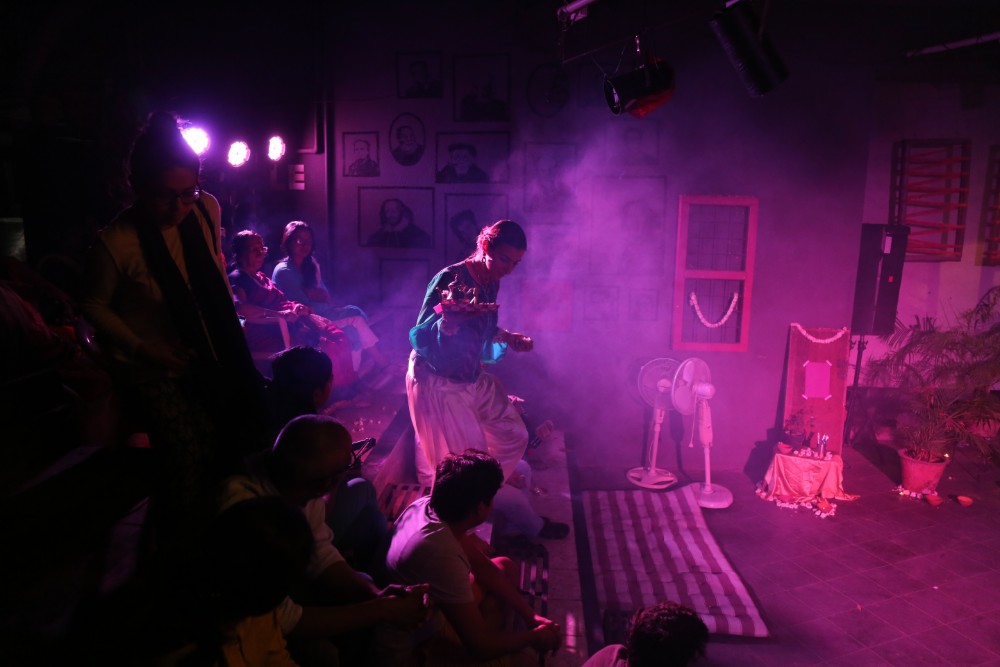 It is fascinating finding strands in the simple story intermingling. Arlechhina, a character from an Italian folk tradition, mooning about the moon, sails across seven seas and comes to Dwarka to find Krishna, a prominent figure straddling a rich Indian tradition. There are strains of both Indian and Italian music that support the happenings. There are glimpses of the forms of performance of both the countries, too.

The moon looks lacklustre, but the stars do shine on the tree as part of the sky. Its limits lit up with fragrant tiny jasmine flowers, the small acting area proximate to the seats at Scrapyard looked lovely. Though by amateurs, the performance caught the fancy of the small audience. For it to become a mainstream art event, though, it needs to amplify many of its elements.