‘A Palace of Illusions’ Dazzles 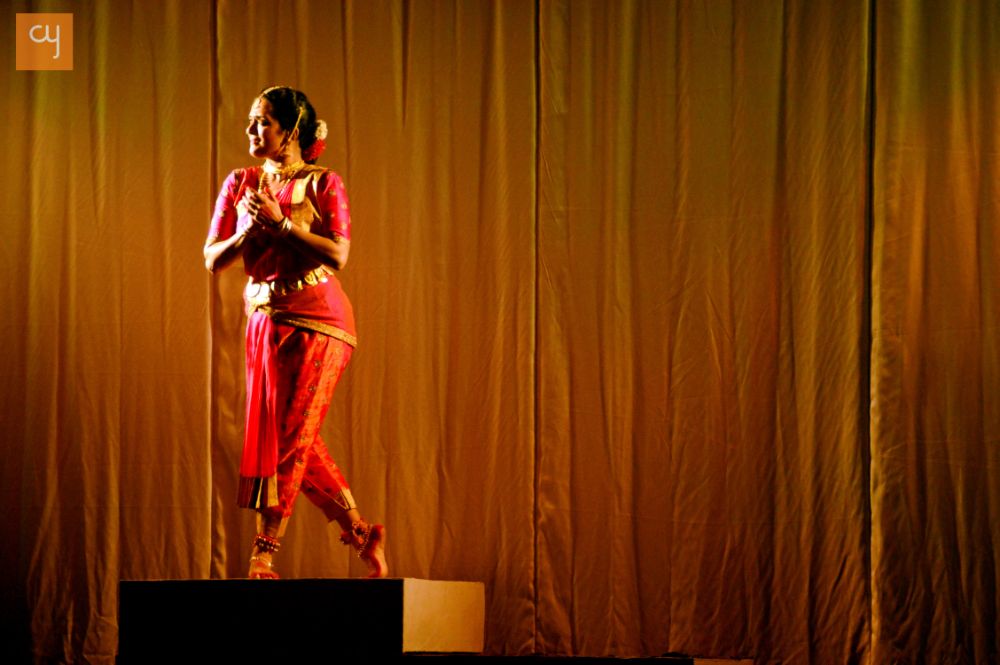 ‘A hundred cook fires may be lit all at once!’ Bheem wished. Nakul wished their animals ‘will be warm in winter and cool in the summer!’ ‘Where kings can discuss statesmanship,’ was what Yudhishthir wished.  Arjun wished to see ‘a dome that reaches up toward the sun!’ And, ‘Water. I want water. Everywhere,’ cryptically said the daughter of the earth, Panchali. In the amazing palace to be built by the Asura King Maya on the ashes of the Khandav Van Arjun had set on fire and destroyed. She could not bear to see and feel the agony of the once luxuriating soil of the Khandav forest turned to total ruin.

In Chitra Banerjee Devakaruni’s ‘The Palace of Illusions’, written from the perspective of Draupadi, with her mind and heart responding to the innumerable happenings, as also in the Mahabharata, it is in this palace that Duryodhana invites humiliation by mistaking crystal clear pond water to be clean tiles and falling into it. The female perspective of the central character of the novel, developed by a modern woman gifted with imagination and exceptional verbal felicity, catches the creative impulse of a choreographer mother Uma Anantani and her dancing daughter Shivangee. The result is a watchable dance piece From Fire to Fire ( H.K. Auditorium, April 30). 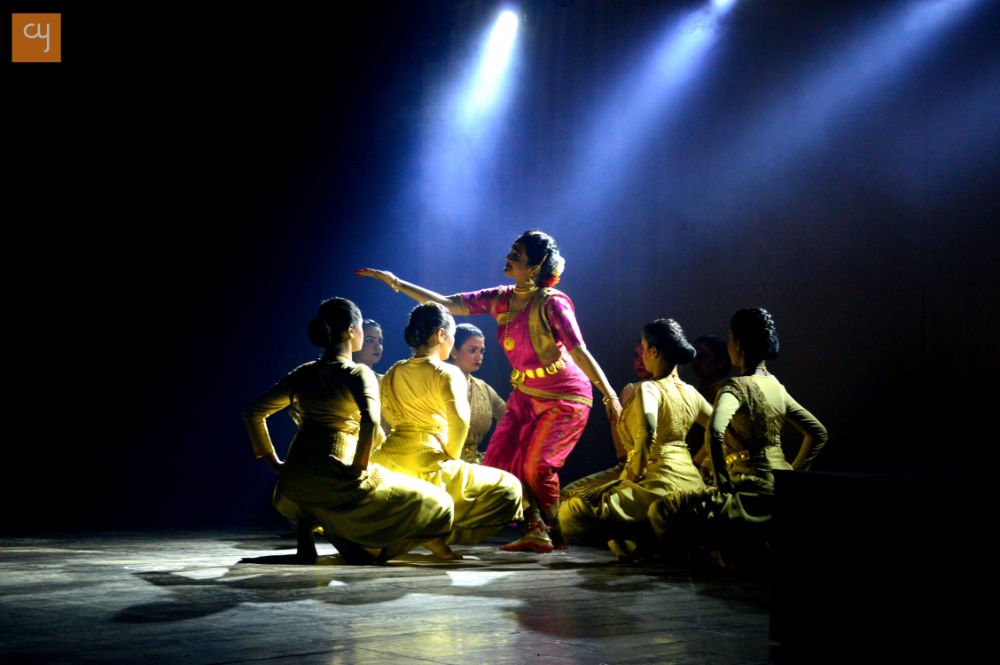 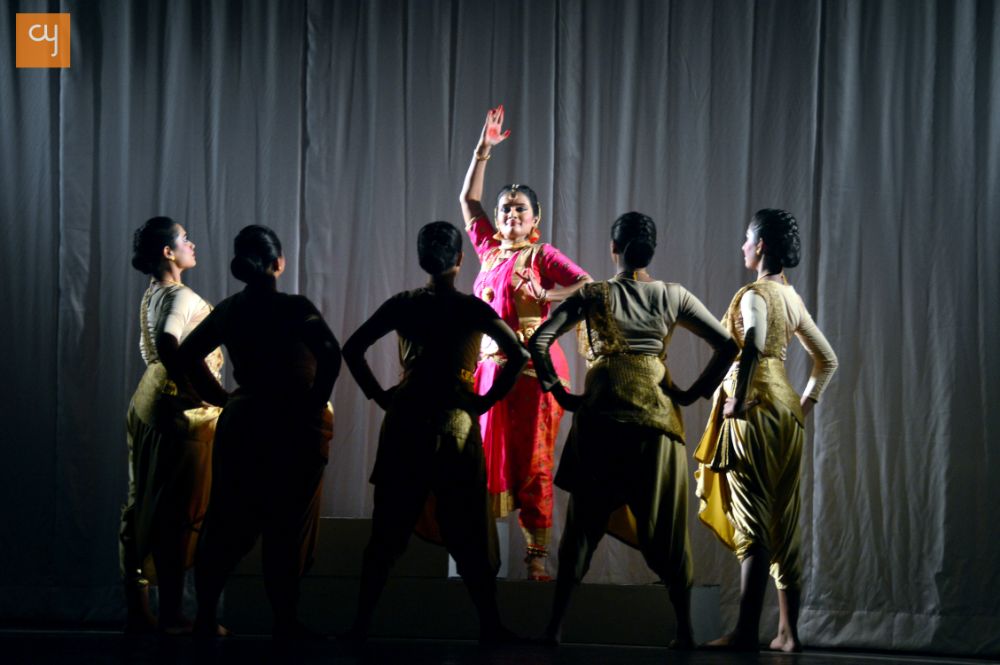 The unputdownable 360-page book is so brilliantly written in a racy style with the portrayal of the irrepressible narrator emerging if you read between the lines that I had reservations about a mere 12-page summary of it getting danced largely through a solo Bharatanatyam performance really succeeding. The choreographer-director and the young dancer, I admit, proved me wrong, and I feel so pleased. Shivangee as Draupadi in her best performance to date runs through the whole gamut of emotions and intellectual responses in a style that is intelligible to the viewer familiar with the story of the epic. 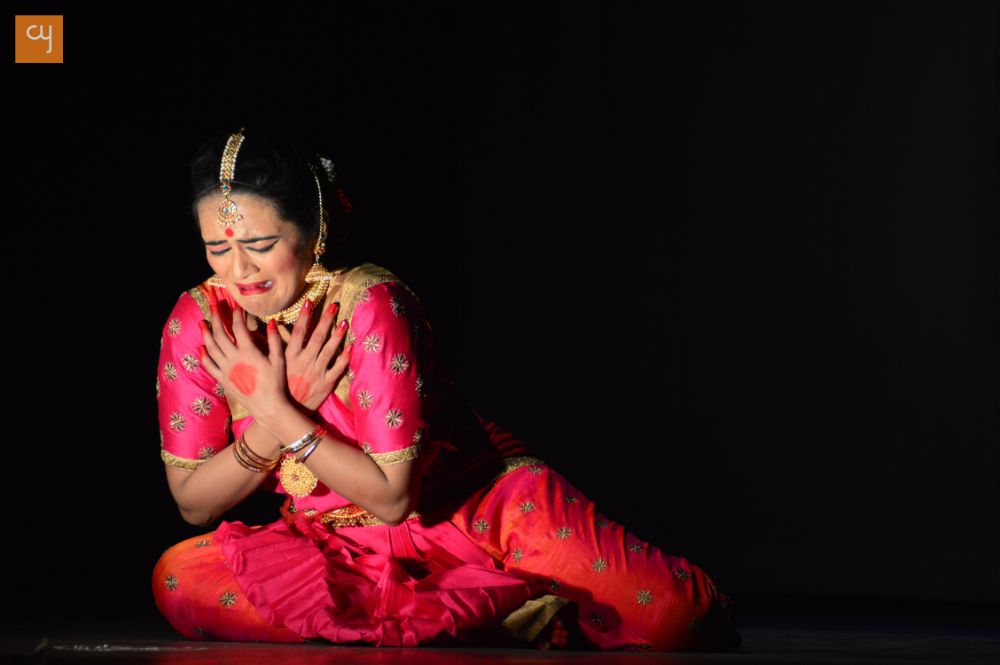 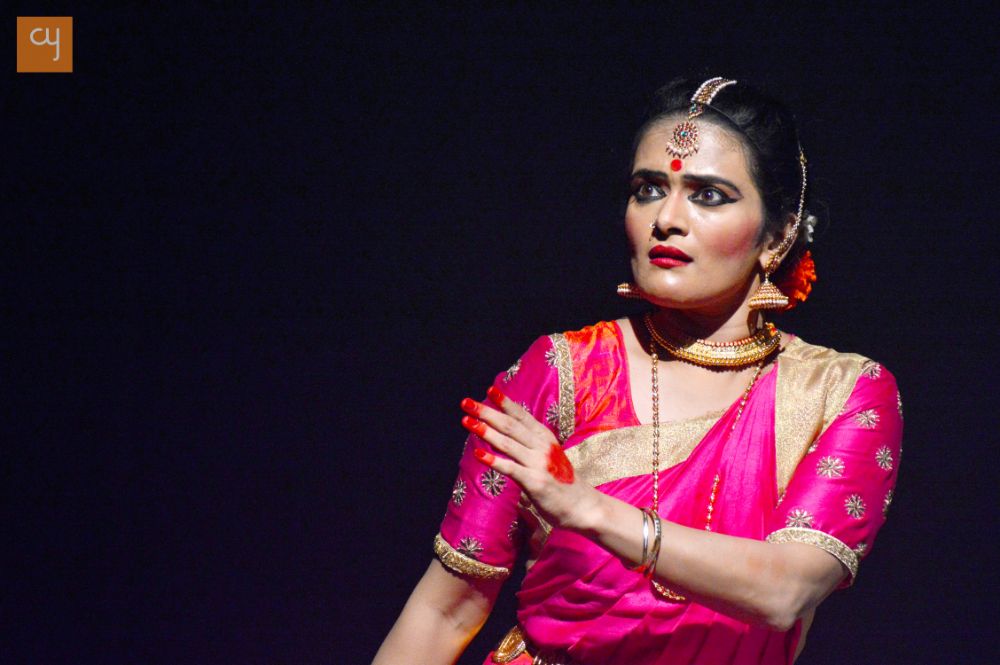 Uma Anantani admirably combines text, dance and a bit of drama. The story remains largely linear as in the novel. The flashbacks giving a glimpse of Panchali’s thinking in a context are momentary – so momentary a viewer not alert enough is likely to miss them. The novel affords space and time to the viewer to reflect. An Identical costume in beige for a bevy of girls making a lively functional entry from time to time for a while against Draupadi’s radiant colours is a considered choice to keep the group in the background. 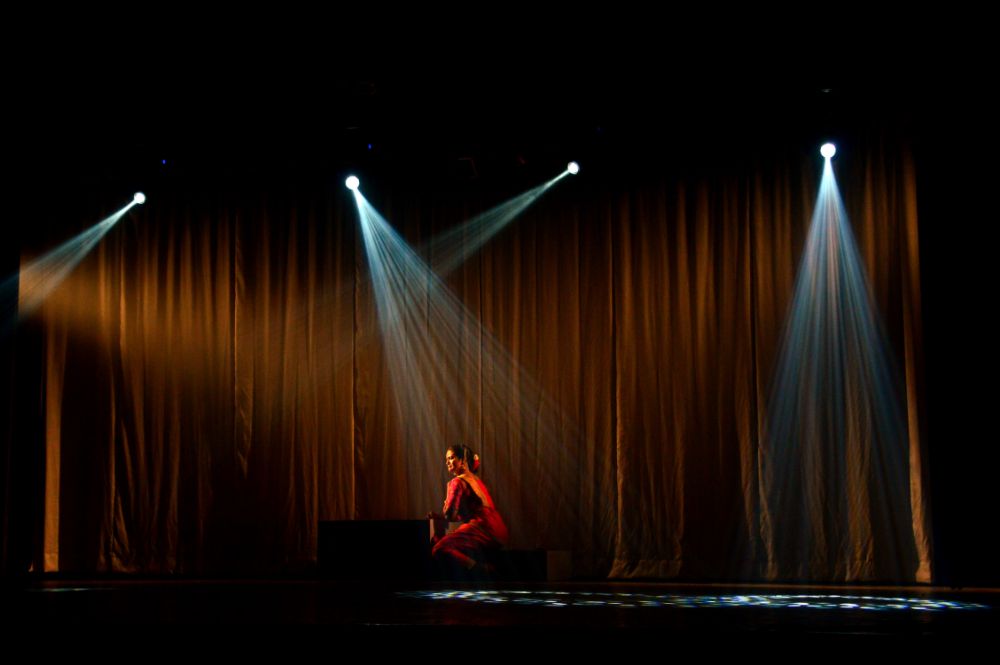 K Jayan’s music, as always, has a creative touch. It supports dance movement and at the same time enhances the dramatic effect. Parth Raval demonstrates, once again during the week, he is a thinking person at the lights who matches the moods on the stage. The three voiceovers (Makrand Shukla, Chirag Trivedi, Diana Raval) are dramatically effective – one in deep baritone, another conversational, a third intensely emotive. Shivangee beautifully translates or responds to them with her visual vocabulary. The beauty of spoken English is in its rhythm and cadence, which need to be approximated. 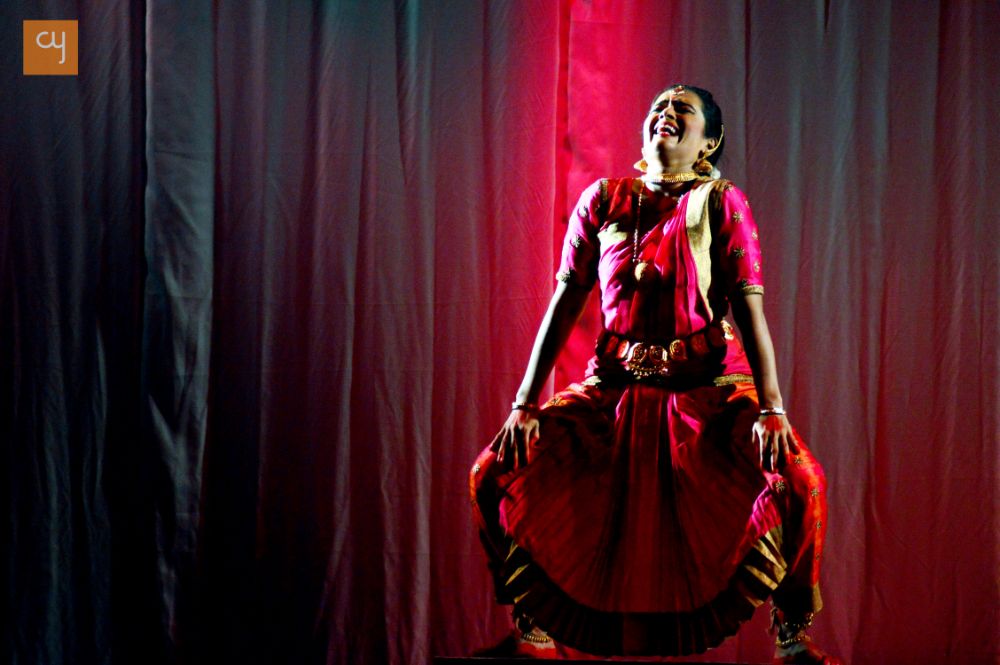 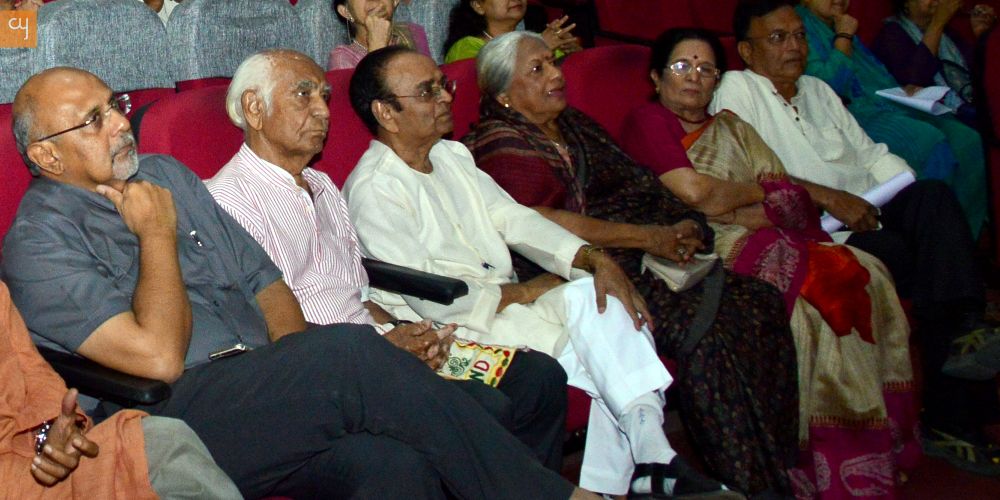 Click to read more about Shivangee’s preparation for the show.