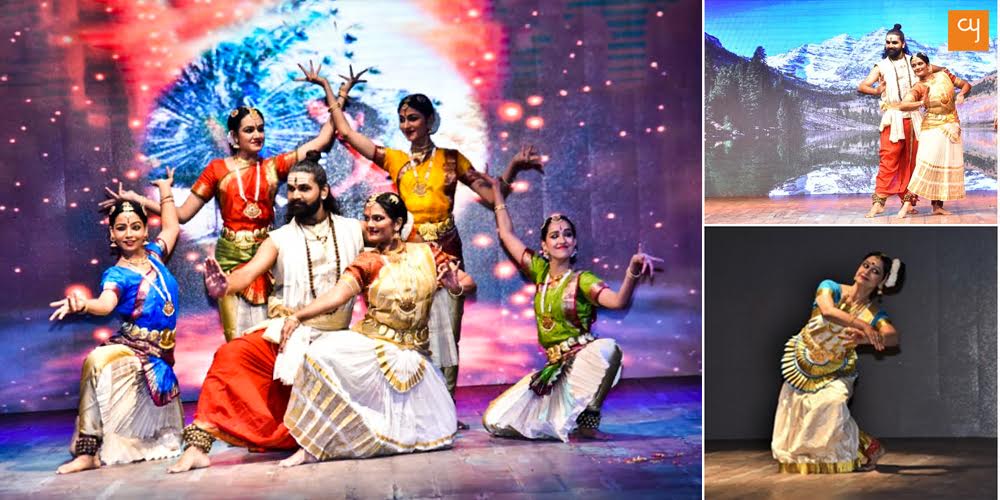 The narrative at the basis of Kumarasambhavam is a two-dimensional one stressing the need for Shiva to father a warrior who could destroy demon Tarakasura. Mahakavi Kalidas invested the tale with the poetry of such beauty with his creative imagination that other creative geniuses have perceived in it metaphoric semantic significance and called it an epic. In the union of Shiv and Parvati Sri Aurobindo sees the union of Purush and Prakruti leading to the creation of the universe.

The epic has inspired many performing artists. At Sanskrit Vaibhav Darshanam (Abhinav Group, GS Sangeet Natak Academy), Rasadhwani pretty well gave glimpses of the beauty that Kumarasambhavam is with select shlokas from Cantos 5 and 6. Canto Five portrays how the manuni  Shailadhirajatanayaa, an epitome of youthful beauty, crestfallen at Shiva’s unconcern, undertakes the hardest kind of penance, not eating even leaves, dismisses Shiva-as-Brahmachari’s enumeration of his ‘deformities’ and ‘demerits’ and remains steadfast. Finally, she gets him to accept her as his consort.

In Canto Six, through her sakhis, Parvati has Shiva send the Saptarshis along with Arundhati to the Himalaya, her father, to get his consent to their union. They reach nayanaramya Aushadhi Nagar and make the proposal. The Himalaya and his ardhangini Mena accept it. The presentation, dripping beauty to both the eye and the ear, concludes appropriately in a joyous ambience of the union of Shiv and Parvati. The dance piece, backed up by diligent research, has been competently choreographed by the Rasadhwani director Uma Anantani. 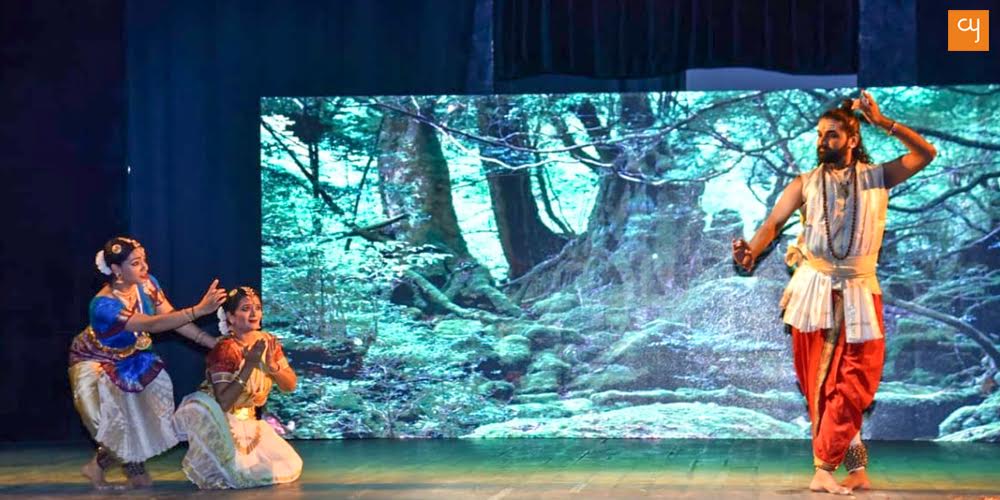 With her controlled abhiinaya, Shivangee pleasingly projects varying moods of Parvati – of pranaya for Shiva, renunciation and penance, resoluteness against Brahmachari, a radiant joy on face, a blushing bride all over and a joyous togetherness with Kalarav as a poised and imposing Shiva. A comely quartet of Kathanki, Manasi, Bhakti and Chaitrali, one indistinguishable from another, merge into the majestic ambience of the Himalayas – developed with brilliant backdrops and light designs (Parth), trying to rise to the magnificence the music gives a feel of – and of sakhya at an elevated level, makes even their supporting roles worthy of a special mention. All these five dancers along with the choreographer emerge as eminent Nalanda bhaginis, in her own words.

Their inspiring source of strength in this mini Kumarasambhavam is Prahar Vora’s evocative musical compositions in his own besides Kalyani and Sampada’s intermittent vocal renderings. In addition to getting the words clearly enunciated and lines flowing smoothly, he gets the changing moods of Parvati and in the luxuriance of nature highlighted with appropriate ragas – Bageshri to express Parvati’s longing and Kaushi Kanada the joy of sayujya as also Malhar ebulliently welcoming the rain and the regal Darbari to go with the beauteous expanses of snow. The melody of Bhairavi celebrates the culmination of joy in Canto Seven. Jayan Nair has given music to the nritta part. Prahar makes a promising foray into a musical interpretation of a literary classic.

Earlier, following felicitations to Sanskrit scholars, after invoking Lord Ganesh, Ayswaria Warrier (Vadodara) appropriately presented in Mohiniattam style Shiva Panchakshari, the dainty classic verbally composed by Adi Shankaracharya. She pleasingly did it in the flowing style of the dance form along with her four well-trained students Vrunda, Shagun, Vincy and Krushika in her guru Kavalam Panicker’s Sopanam music that carries plain and delectable sounds of the indigenous musical instruments of Kerala. 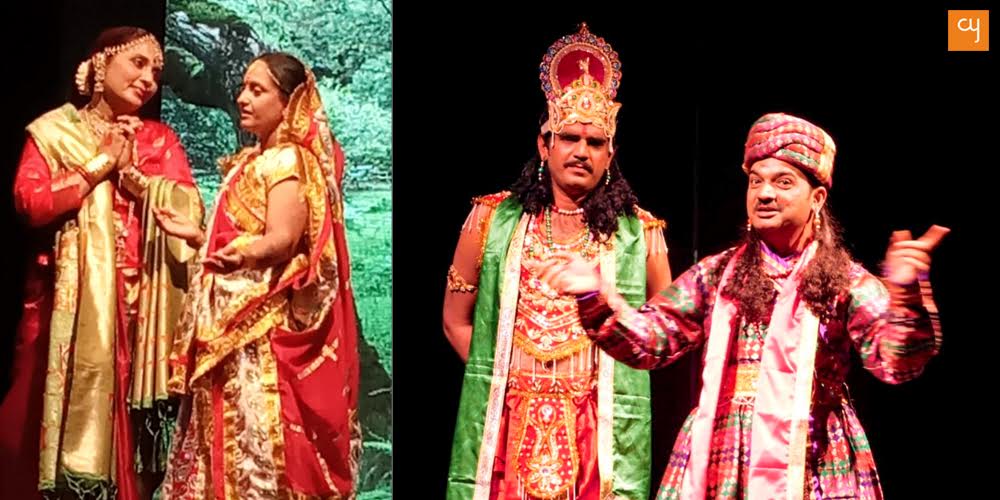 In Shridhar Vyas and Archan Trivedi’s direction, Act 3 of Kalidas’s first play Malavikagnimitram was also presented as part of the event. In the background is a hilarious situation. No less a person than King Agnimitra is enamoured of the Queen’s maid. In the royal garden here when major characters of the play are present, the expected mirthful comedy does not take place for the audience. Attired brilliantly in their royal costumes, they have all worked commendably but the conversations in Sanskrit remain incomprehensible. As Bakulavalika Jigisha was so natural with her abhinaya, lip-sync in her case was unnoticeable. To some extent, this is true of Nirmal’s Vidushak, who entertained with his mannerisms. With his height and poise, Dipen as Agnimitra looked a king. A king normally has only to look a king and has not much to do!

The organizers’ gestures of felicitations and performances need to be appreciated. At the same time, a time sense with the ninety-minute felicitations process would have given the event an aesthetic shape. Dadhichi as the coordinator though impresses with his spontaneity and verbal skills at a young age.