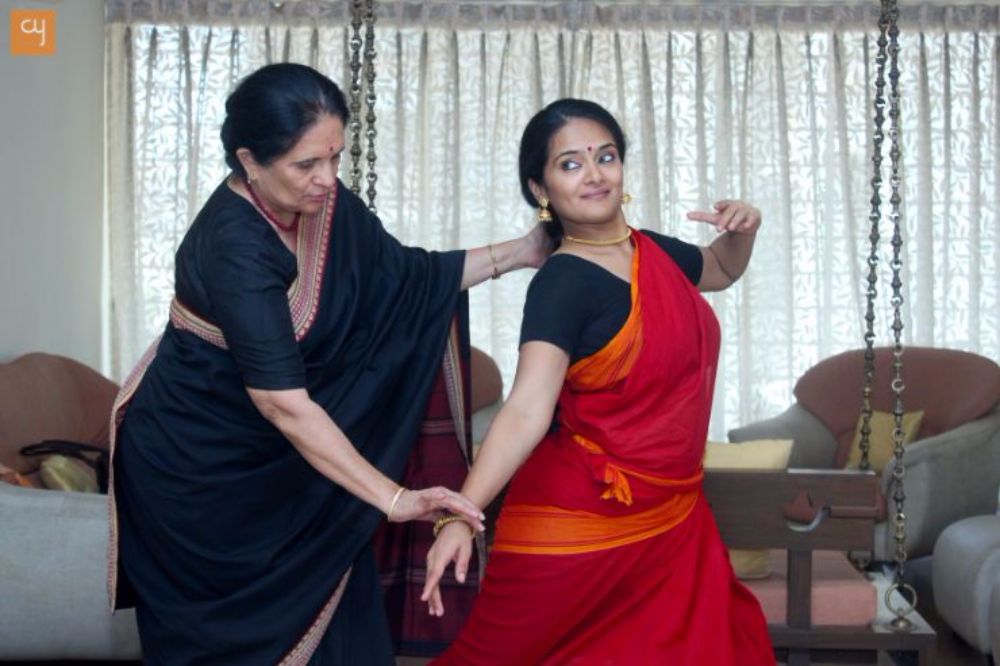 For those enjoying the better part of the 30s and beyond, Draupadi is a woman wronged. The television series of Mahabharat made us familiar with its various characters, the stronger ones ensuring swifter recall. And, Draupadi is one such. A woman unmistakably remarkable, she is polyandrous yet virtuous, humiliated yet strong, severe yet loving, proud yet helpless. Hers, indeed, is a journey you want to know about more than you already do.

Among the many millions of women in the world, one who is currently ‘living’ Draupadi is danseuse Shivangee Vikram. Playing the part of the fierce Draupadi in ‘Panchali – From Fire to Fire’, a  theatrical-classical dance adaptation of Chitra Banerjee Divakaruni’s award-winning novel, Palace of Illusions, Ahmedabad-based Shivangee as Yagnyaseni (born of fire) or Krishnaa (as Draupadi is popularly known) is juggling several emotions, back to back. Her facial expressions are a giveaway of what her performance as Draupadi will offer in perhaps what is the city’s first crowd-funded dance event.

Haava-bhaava in place, I can’t help but turn to her mother and mentor, Uma Anantani, who is smiling from a corner of the room, ready to play her part as choreographer-director to rehearse the character with Shivangee, perhaps for the zillionth time. Just how did this Draupadi materialise, I ask. “sometime in 2011, the three women of my life as I call them – daughters Shivangee and Gargee and daughter-in-law Sandhya – read Palace of Illusions, and then passed it on to me for leisure reading, days before I set out for a short holiday. Barely 10-12 pages into it, I began marking lines I wanted to note and write down. The adaptation took birth in thought and I found myself with about 29 pages of prose. These were comprised to a 12-page script that will now be read out and Shivangee will perform with the help of narration, action, reaction, dialogue, counter dialogue,” says 66-year-old Anantani, who pursued her Masters in English Literature and dance PhD in Aesthetics from Mumbai University. 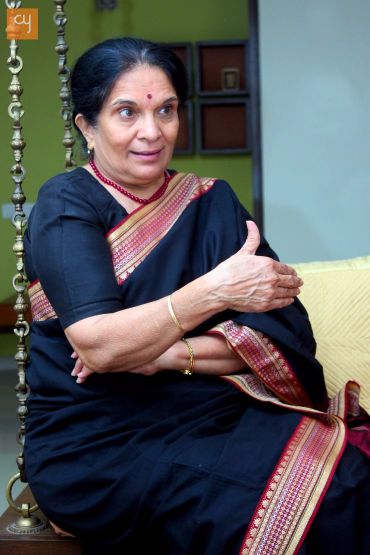 “When I read Palace of Illusions, I realised the character of Draupadi is a combination of Greek and Shakespearean theatre. She is destiny’s child; at a point when Draupadi goes to Sage Vyasa wondering and questioning why fate dealt with her harshly, he explains how she was destined for it…and that, her pride, anger and vengefulness would combine and attract agony and tragedy to invade her life sooner than it would for the ordinary. At a later point, Draupadi discusses her predicament with Krishna and tries to understand and analyse the happenings in her life, admitting she made a mess of it. Krishna assures her she simply played her part,” Anantani explains, reminding us how every dialogue, every word is taken from the book has been linked such that the prose has no jerk. Did she, at any point, reconsider going ahead with this project? “No… in fact, when Krishna tells Draupadi ‘You too are divine’, that’s the moment I decided to do this adaptation,” she says of Draupadi “who is shakti herself, a manifestation of the universal energy”. 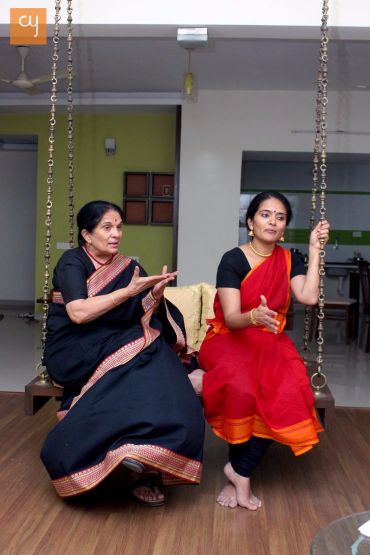 While Shivangi is the only ‘person’ on stage, there are 11 dancers who come in every time emotions are at play. They are used as a wall or when emoting war scenes, for example. How has it been being Draupadi? “The initial challenge as a classical dancer was to go along with the prose. We are used to dancing with music, but here there is prose with music. For the mind and the body to act, react, enact and narrate was interesting. It’s something I hadn’t done. The confidence of getting better in one’s personal journey as an artist made it interestingly challenging, and more so, playing the role of a woman who goes through multiple emotions, often all at once. Draupadi goes through immense turmoil, disappointments, love…she has many questions. And, what is interesting is that while she belongs to a different era, she can be identified with by women today. This aspect is as interesting as it is intriguing,” admits the 32-year-old for whom relating to some of Draupadi’s experiences has “helped emote better.” 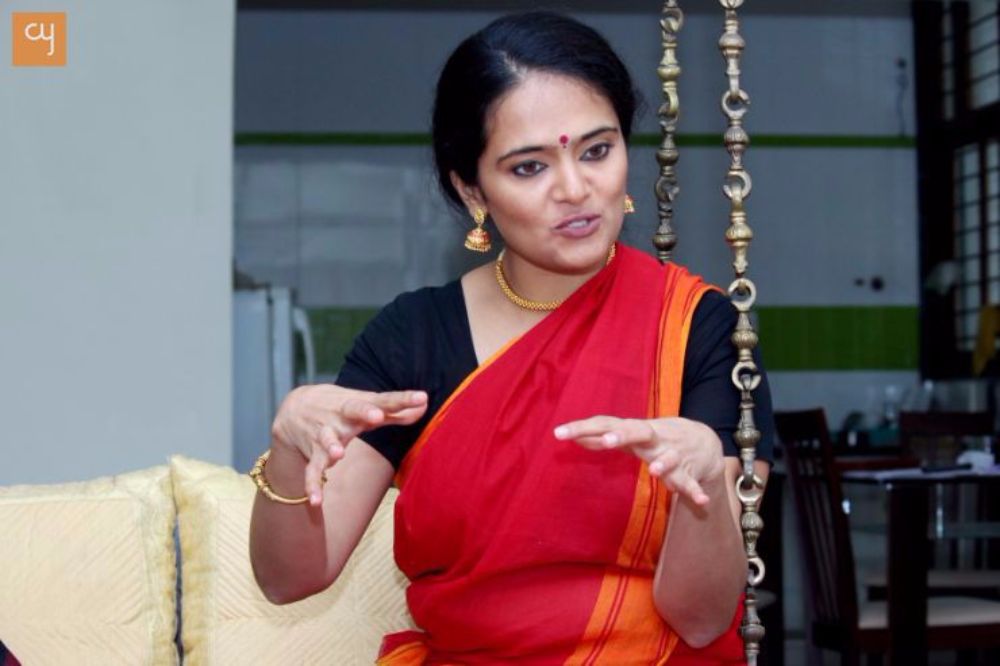 Armed with a Masters in Bharatnatyam from Mumbai University with an HRD scholarship, Shivangee is in love with the contrasts Draupadi embodies. “While on the day of vastraharan, her relationship with her husbands undergoes a sweeping change, she continues to remain duty-bound. There are several layers to her psyche and hence the manifestation of the character had to be thorough. I guess that’s what triggered the spark in me for ‘Panchali – From Fire to Fire’, she adds, as her choreographer mother points out, “I wanted to emphasise on angika, satvika, vachika, aharya, and hence wanted no other character on stage besides Draupadi.”

Indeed, when you have a character as varied, the numbers on stage cease to matter. 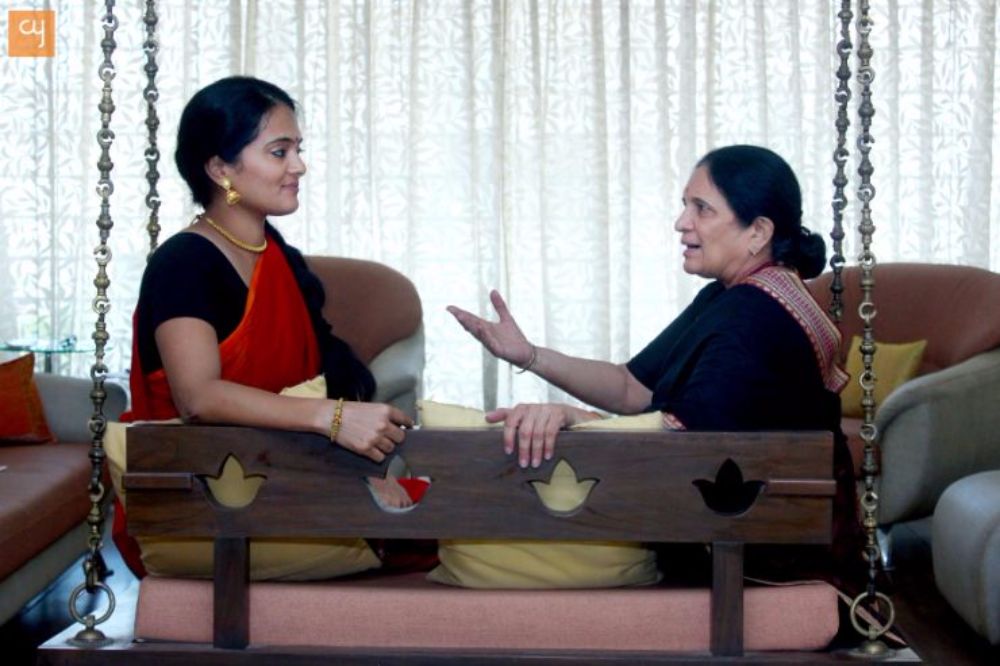