Behind the Scenes of an Arts Festival: Discovering the essence of Abhivyakti City Arts Project 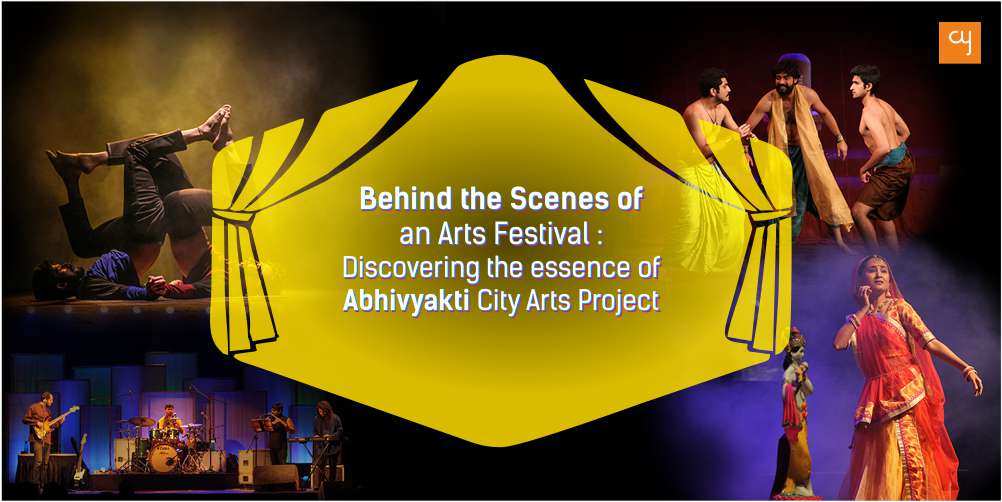 Abhivyakti City Arts Project is giving a platform to budding artists to explore their creativity. The process of making the festival is as interesting as the performances. Read more about how the festival came to fruition here.

You may spend a day or two at art festivals like the Kochi-Muziris Biennale, Serendipity Arts Festival or the Kala Ghoda Festival, but the process of putting up these multiple day festivals takes hundreds of man-hours. The journey from developing a curatorial note to the final actualisation of every act is a long and tedious process. CY gives you a sneak peek of what went into curating the fortnight-long multi-disciplinary Abhivyakti City Arts Project. 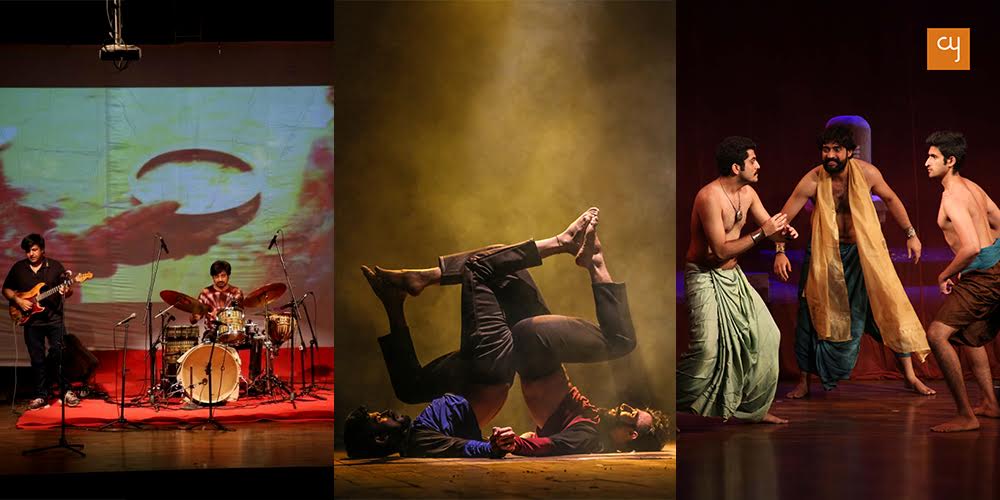 The canvas of the show

Evolved from a month-long festival in its pilot edition in 2018, this year the festival has been a 17-day event. Abhivyakti arts festival features 24 curated acts of dance, music, visual art, and theatre. It is an innovative way to bring art to the wider audience of Ahmedabad, and a great deal of work goes on to produce such a large scale event. With its pilot last year, Abhivyakti has already made a mark by thriving on originality and fearlessness of artistic expression.

The entire initiative is an effort by the UN Mehta foundation managed by the Mehta family of Torrent group. The larger idea is to contribute towards the development of an artistic environment and also build a culture of patronage, which is imperative for arts to flourish.

Well-known landscape architect Aniket Bhagwat mentors and overlooks the curatorial approach and strategic planning of the festival. Not a single-handed endeavour by any means, there are several committees that make up the team behind Abhivyakti.

This year four curators, Pooja Purohit (Dance), Ankit Gor (Theatre), Mitul Kajaria (Visual Arts) and Akash Bhatt (Music), began by writing a vision note. Through this collaborative effort, acts were invited “which are fearful of what they want to say, even anxious, but at the same time have the power to initiate dialogues with those who care to unsettle the settled and to bring solace to the troubled.”

Each curator invited applicants from their respective genres. This in itself is an arduous process and took 7-8 months. The curatorial team received a couple hundred proposals, shortlisting 40 to 50 among them, further narrowing it down to the final selection of 24 ‘never performed before’ acts. This entire process was far from a clinical 9-5 job. Each of the shortlisted team made presentations to the Abhivyakti team, which led to further filtration. Even after the final acts were selected, the job of mentor and curators was far from over. Aniket Bhagwat recounts making countless visits to artists’ studios, homes, chatting and advising over cups of tea. Each act has gone through several iterations since they were submitted. “With everyone’s schedule, it takes 7 to 8 months -12 o15 hours a week, to put things together,” he confesses. 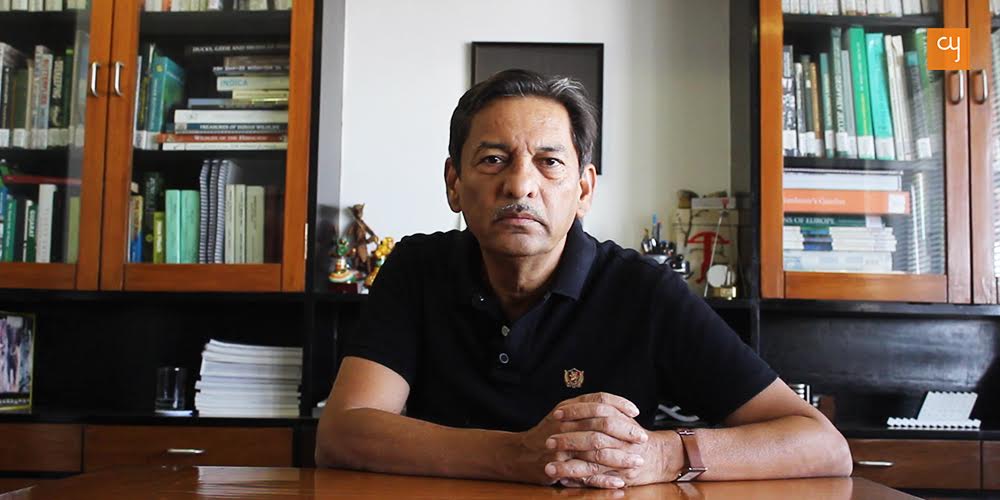 Abhivyakti: from goal setting to fruition

All festivals tend to have an overarching goal that they mean to achieve from the event. The two main objectives for this year’s Abhivyakti festival were, to create an ecosystem in the immediate geographic region (Gujarat and to reach out to those who are not exposed to arts.

“This festival was not just a show for artists with developed material who were confident in their art but also for amateur artists. In fact, encouraged,” shares Aniket Bhagwat in a conversation with the author.

All the material has been created specifically for the festival, and artists were chosen based not on their experience but ideas. Selected artists were given the supported resources to augment their creative process. Instead of having an idea and cutting down on the resources, the aspirants have been urged to think a little bigger, out of the box. “This was the aim of the curatorial process, to create not just a corpus of art, but a living, breathing, changing space for artistic growth and discussion,” adds Bhagwat.

The other aim was to get these acts to audiences that are not typically exposed to this sort of art. It is often observed that there is a select set of people who visit these events, but the exposure does not extend beyond that group. “The focus of choosing acts was to make them accessible to all sorts of audiences, and to let art break out of the echo chamber,” says Bhagwat.

Abhivyakti also invests a lot of thought in the communication and marketing to ensure achievement of this objective. This time around the team came up with a novel idea of conducting street plays/acts across the old city of Ahmedabad. Through these activations, they maximised the outreach of the event and generated curiosity for the main event.

These two objectives is what drives the ‘uniqueness’ of Abhivyakti. The festival is not to service entertainment, but to create an environment whereby aesthetic literacy is enhanced among the citizenry, in turn sowing the seeds for an era that thrives upon artistic freedom. 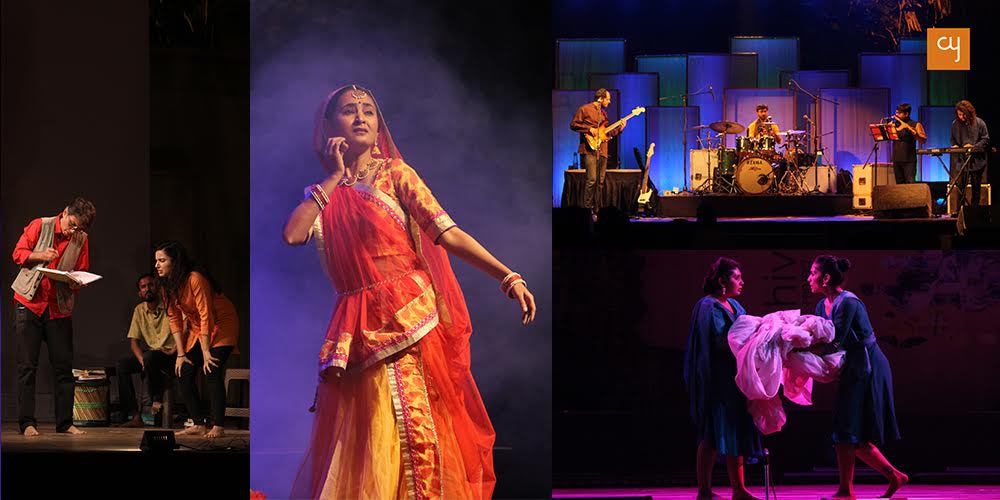 Bhagwat shares, “art sometimes lacks an institutional process.” Abhivyakti is committed in making this process legitimate, with distinct steps and creative feedback that pushes both the artist and the curator. “Otherwise, how will the creative process develop?” he questions. Often artists are intimidated to apply and struggle for a vision but, “by the end of the process, the artists inevitably grow in their art and ability to communicate their art. Having seen many of the final acts at the ongoing fest, I must say, though experimental in nature, each act comes across as a mature and finished presentation.

Art festivals usually look for seasoned artists, but again, this festival is focused on artists that are not necessarily fully entrenched in their field. The only condition is that the project be original and intellectual, in the widest sense of these words. “The curators,” according to Bhagwat, “are not looking for someone who creates an entirely new genre or style. They can exist within an established art space but it is about what [they] do with that genre to make it more relevant today.”

After the proposals are accepted and finalized comes the part where the art must be created, practiced and made ready for presentation. Bhagwat conceded that one of the problems faced by Ahmedabad musicians is a lack of rehearsal spaces. To provide for their artists, the festival made sure to book several daily spots at one of the best rehearsal spaces.

The curators work with the artists to provide each act with an appropriate budget. This is an area where some artists ask for more than they need while others less. The learning process is at work here as well, and the curators worked one on one with each act to really analyze each artists need.

Abhivyakti plans for the other side of the art as well. Behind the scenes, there is a technical coordinating team that takes care of the practical stage setup, and lights. The artists benefit from the experienced technicians that again, work one-on-one with them to see how best the stage can help tell their story.

The festival is immense in its scope and subtle in its approach, making it a favourite among the artists and connoisseurs alike. There are few festivals that take budding artists and trustingly give them resources to work on projects. There are fewer still that provide such a meeting of different art forms. Abivyakti is sure to bring many minds together, and we look forward to see what the amalgamation of the four art genres bring to us in years to come.

For all the news, updates, reviews and videos on Abhivyakti edition 2 follow #CYatAbhivyakti2 on social media.