The 4th edition of the festival, which is scheduled between 14th to 18th of December 2016 at Kanoria Centre & CEPT Campus will have more than 80 enriching happenings lead by some of India’s most established authors, poets, recitalists, and pundits. And yesterday GLF broke the ice among city dwellers by presenting its opening event in the form of Ahmedabad’s one of the most enriching event.

During the festivity’s opening act a dazzling performance by Indian classical music Vocalist Vidya Rao was organised, where she didn’t miss a single chance to take the audience on a melodiously soulful trance. Vidya Rao who has been awarded numerous accolades for her soulful voice and delicate style of thumri-dadra singing, performed beautiful Gandhi Bhajans, Kabir Dohas and Thumri with her choir. Vidyaji has been trained under late Prof B N Datta and Pandit Mani Prasad of the Kirana Gharana successively. She has creatively spawned compositions for Kabir Project and stunningly fused the Kabir’s philosophy with thumri.

Team Creative Yatra supports GLF in giving Ahmedabad a magical literary experience that is breaking through barriers of language and age-old hard bound books. This language-neutral festival is believed to transmogrify the way people have perceived literature till now.

Creative Yatra is all set to meet it’s Yatri’s live at GLF and give them an opportunity to grab some amazingly creative hampers. Stay connected to Creativeyatra.com for all the updates from Gujarat’s best literary event. 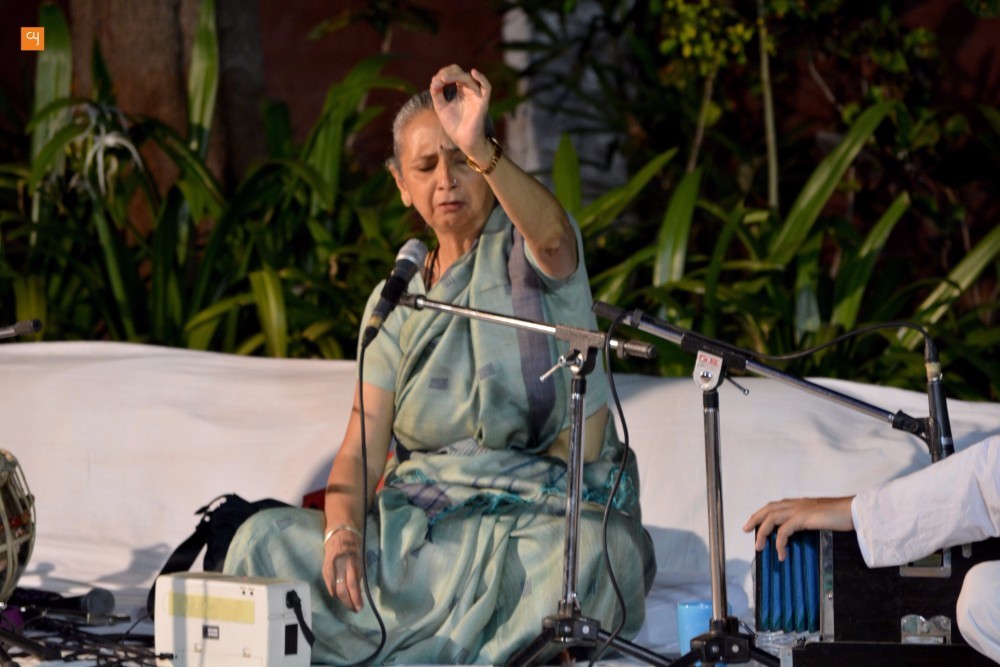