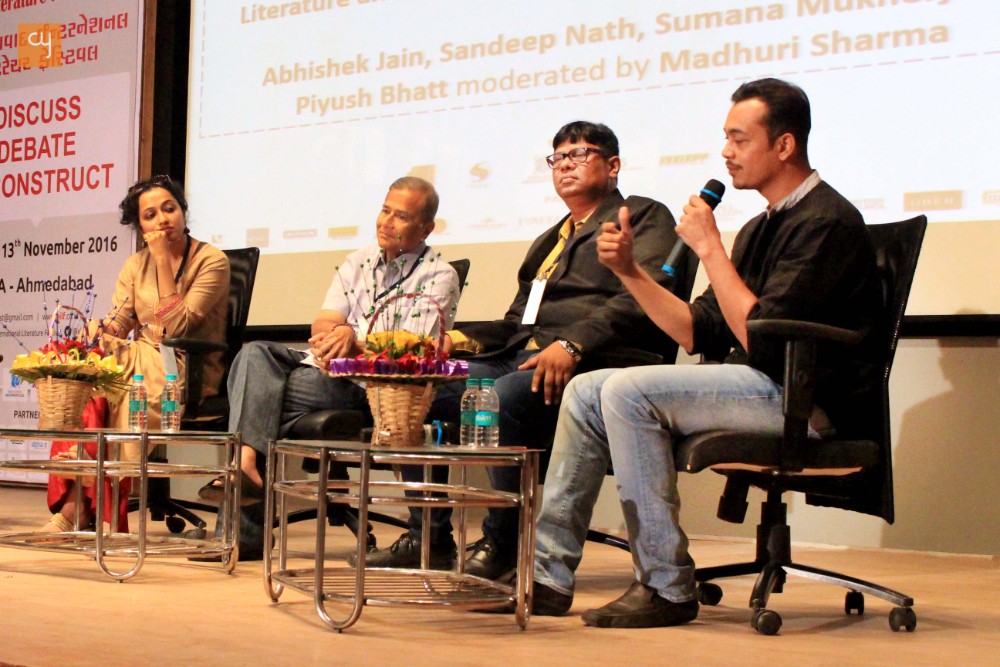 The second day of the Ahmedabad International Literature Festival was as exciting and interesting as the first day and it started with a bang! Sunday Morning received a houseful audience and the day rolled off with a panel discussion on “Literature and Cinema: Stories that lead to blockbusters”. The illustrious panel consisted of Abhishek Jain, Filmmaker; Sandeep Nath, lyricist, screenwriter, director and producer; Sumana Mukherjee, independent filmmaker and producer; Piyush Bhatt, teacher, author and director and it was moderated by Madhuri Sharma, Mrs India 2015.

The conversation started with the question of the role of literature in cinema. All the panelists said that literature is a very important part of cinema and in fact, cinema is derived from literature. As Mr. Bhatt said, movies are literature on screen and we shouldn’t differentiate between the two.  It was also pointed out that books have influenced movies since the day the movie industry was established. Mr. Nath elaborated on this by pointing out that cinema is an audio-visual form and needs content which comes from literature.

Mr. Jain had an interesting take as he brought out the fact, that the process of film making starts with literature in the form of a ‘script’, which is then interpreted by the director.

The moderator asked the panelists about their own works and their influences. Ms. Mukherjee’s next work is based on one of Tagore’s work and contrasts 1934 with the present. Mr Jain talked about his recent production Wrong Side Raju and that it is influenced by media stories and the power of perception.

Mr. Nath’s next work is titled “DNA Mein Gandhi” and looks at Mahatma Gandhi as a social reformer. He mentioned that scriptwriting is one of the most difficult jobs, while writing he prefers absolute solitude. Much of the internal challenge is the fact that the constant pressure of acceptability, does loom over the writers mind, while scripting a commercial cinematic venture.

Mr. Bhatt pointed out the art of etching relatable and memorable characters that add a lot of value to any form of literature, more so in the domain of cinema.

The discussion than moved to the regional cinema, on how it can create its identity in comparison to the mainstream hindi films. This question received varying views. While Mr. Jain felt that with regional cinema the audience can connect immediately because they can identify the characters and situations with themselves, Ms. Mukherjee felt that one shouldn’t differentiate between cinema and there shouldn’t be barriers.

The audiences loved the entire discussion and it was received with rapt attention. 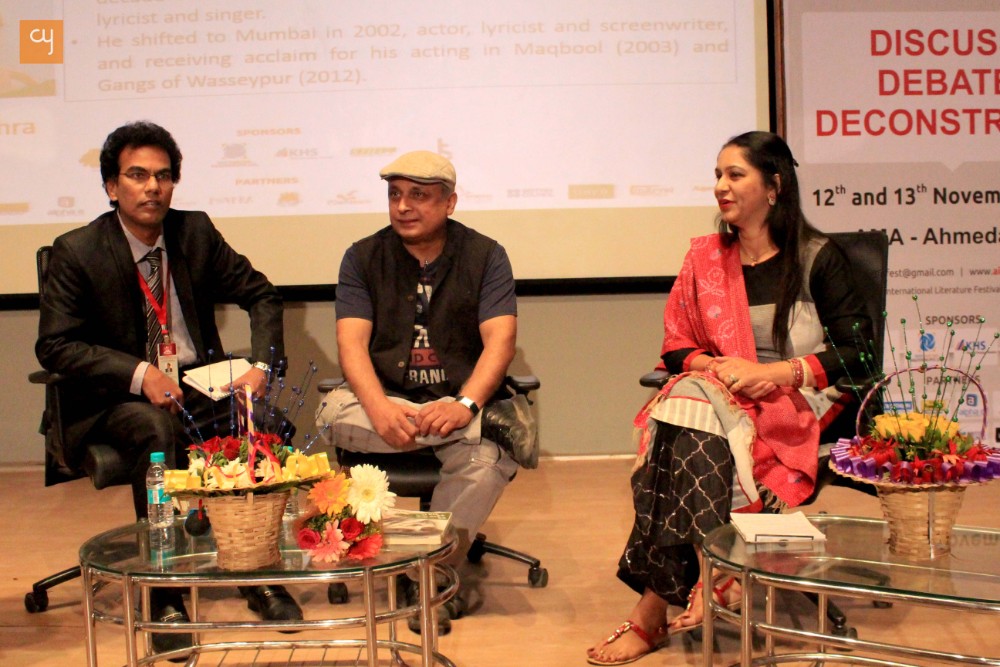 The second session of the day had the multi-talented Piyush Mishra in conversation with Anurita Rathore, senior journalist and Umashankar Yadav, the festival director on the theme “The Power of Words: Spinning magic”. Mr Mishra needs no introduction as he is well known for his work in the film and theatre world as well as his poetry and lyric writing. Mr Mishra was honest and frank about his life and the film industry during the conversation. He talked about his battle with alcoholism and trials and tribulations in the world of cinema and theatre. He was honest about the lures and attractions of the film industry and how easy it is to lose oneself in the glamour and the struggles of people who want to break into the film industry.

It was very interesting to know that he is a spontaneous poet and the first poem that he wrote was while he was in class 8th. He feels that poetry can be written on any topic and one doesn’t need to search for it. He said that the only shortcut to writing was to write. He made a rather thought provoking point about the importance of creators ability to criticize himself/herself and the power of dissatisfaction(with one’s own work) in creating great work. 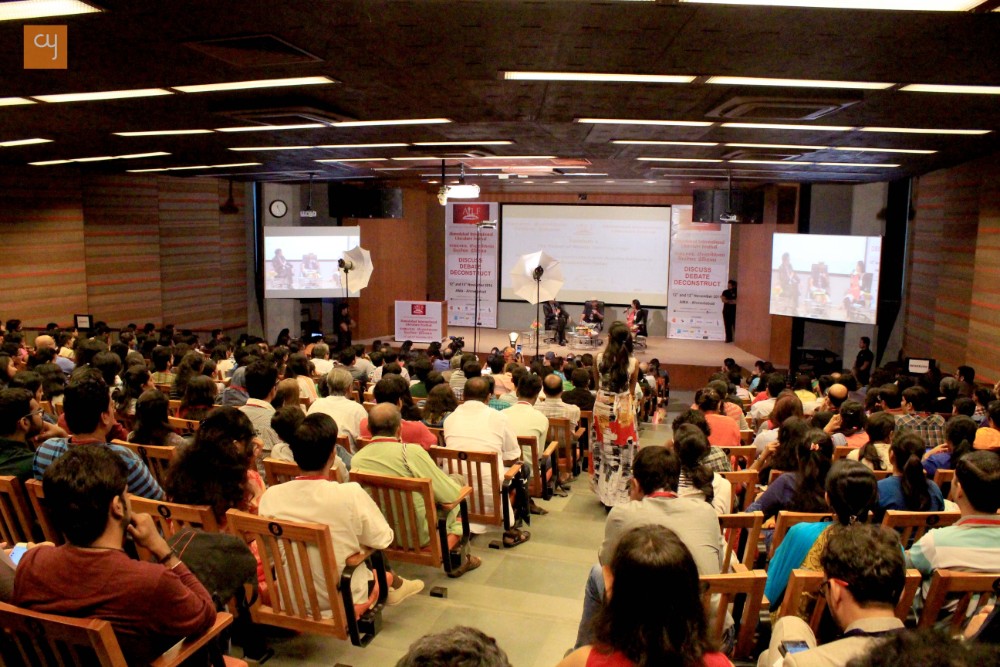 He also enthralled the audience by reading out a couple of poems from his poem anthology “Kuchh Ishq Kiya Kuchh Kaam Kiya.”

The speakers were erudite and put their points before the audience well. They happily answered the questions raised by the audience and gave a great insight into the world of literature and allied fields in the country. The event was well organized and the organizers should be complimented for their efforts. We at CY hope that this movement of making literature exciting continues and endeavors like AILF flourish in the times to come.