Why Netflix clicks with audiences and filmmakers alike

Streaming platforms like Netflix have enabled new cinema to emerge in exciting ways and these often turn out to be great alternatives to mainstream cinema. What makes this phenomenon possible? We explore.

I’m 10 minutes into watching Nanette on Netflix and I have to make a choice between continuing to watch it or to wait for the small possibility that Nanette may arrive on big screens someday. It may never though, and so I’ve already made the choice to continue watching it. Although streaming platforms like Netflix, Amazon and Hotstar don’t come with the option of public viewing and big screens, they’ve opened new doors to experimentation in the world of cinema. In the larger world of cinema, streaming is a subset where experiments with form and content have been shown to have the potential to thrive—it is an alternative world for films to exist in, outside of cinema halls. While there are other streaming options besides Netflix, my focus in this article will be to explore broadly why this particular platform excites its audiences as well as encourages filmmakers to expand their oeuvre in new directions.

When an international film festival comes to town, it brings with it some of the most diverse voices from across the world as well as from deep within the country itself, showing a range of what one can do with the film form. What it allows for us is a certain permeability to films that one wouldn’t have otherwise watched, considering that most of the cinema that runs in theatres comprises either of heavily star-cast Bollywood films that make up to a 100 crore, or of Hollywood studio entertainment. Streaming platforms like Netflix are much like the film festivals then, in how they give cinema that lies outside of the mainstream, the space and permission to exist. They are the reason why an Australian comedian can find an audience not only in Australia but also in countries like India, or why a film like Roma can reach us and speak to us, or why a Japanese anime feature can be enjoyed by fans across the world. And that’s not all. From within India too, regional films like Killa and Valu are entering streaming spaces. 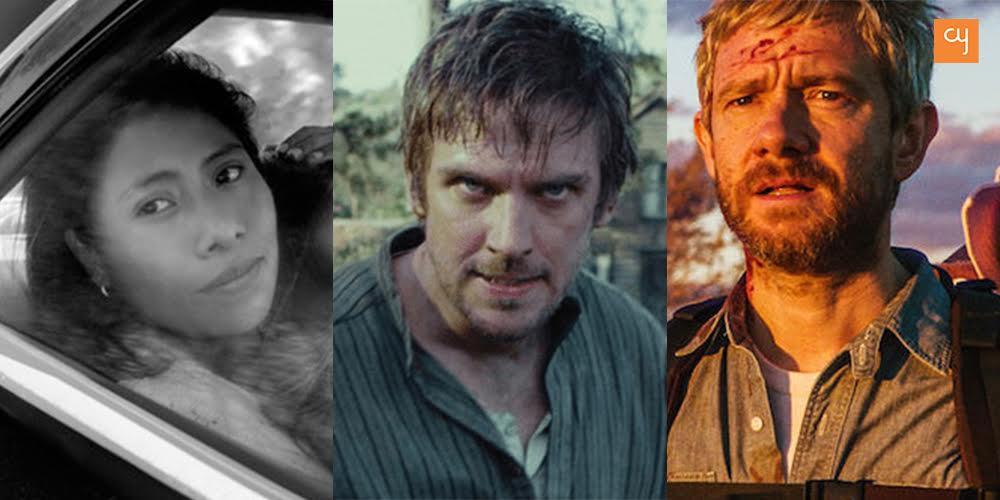 One of the reasons why Netflix works and fascinates audiences is perhaps the fact that it searches for its ‘minimal viable audience’. Seth Godin, a former American dot com business executive and the author of many brilliant books on business and entrepreneurship uses this term while discussing quality content. He writes:

Therefore, when Netflix brings a film that may have interested a particular group of people—let’s say an art film which may appeal to a small audience within a country, and may not reach the mass that’s looking for more traditional/popular storytelling within cinema—it addresses and reaches out to all those groups of people across many countries, who share that interest and can find it here. This approach ultimately allows Netflix to support the filmmakers of such films and the people that find delight in them.

How does Netflix enable filmmakers to experiment?

Experimental and other niche cinema in India would thrive on platforms like Netflix. This may be primarily because the Central Board of Film Certification (CBFC) doesn’t interfere with films on streaming platforms for censorship. Back in 1979-80, auteurs like Shyam Benegal, Adoor Gopalakrishnan, Mrinal Sen had argued that censorship be completely abolished from Indian cinema, “Nobody should be allowed to interfere with filmmaking.” They believed this to be one of the biggest challenges standing in the way of art. Filmmakers have, therefore, always looked forward to a platform like Netflix that would allow their films to gain a passage to reach audiences, even if not on the big screen.

Recently however, there has been a code of best practices that has been signed by many platforms in an agreement to follow self-regulatory ethics. Some of the content prohibited under this are:

We may conclude that these rules still allow for a wide scope of experimentation and hardly stifle the creative freedom of filmmakers.

The method lies in the data

A significant factor that has so far helped filmmakers explore such alternative spaces and ensured that viewers keep returning to Netflix again and again, is that such platforms are highly data-driven, which means that if you like a particular kind of film, they recommend others that are similar in nature, that deal with a similar subject, and/or that fall under the same genre. For instance, if you’ve completed watching The Black Godfather, Netflix will recommend similar documentary films for you to explore. The choices made by viewers create feedback that Netflix then tracks in order to recommend films that might interest those viewers. One of the strategies that Netflix employs to find out what appeals more is an A/B testing of the content, often beginning at the level of design, right from deciding the thumbnail to be used.

The thumbnail that I see for a certain movie may not be the same as the one that another person sees. A lot of time and effort is spent on understanding which film was watched more by viewers, which were watched till the end, and which held their attention only for a few minutes. That’s how films are bought by Netflix, based on how fresh the content is and how much viewers across the world get back to it.

Neil Patel, in his incredible blog that discusses data and Netflix, uses the example of House of Cards to write about how data collected from viewers affects the process of “green-lighting” a particular film/show for Netflix:
“Before green-lighting House of Cards, Netflix knew:

Each of these 3 synergistic factors had to contain a certain volume of users.”

Therefore, a careful analysis of the data collected about viewers’ interests helps Netflix grasp the amount of interest that viewers have for certain experiments within the format. There may be a flipside to this method though. While agreeing that, in the moment, platforms like Netflix are fantastic, Ananya Parikh, Professor of Film Studies at Symbiosis School for Liberal Arts, says, “The problem might arise at a later stage. Since such platforms are data driven, the potential for experimentation may not be fully realised. It may reach out only to a particular section of people in the society and therefore, even in its experimentation, say a Roma may become the only kind of representation of art cinema and the only logic for carrying out experiments by the filmmakers.”

This may be something for Netflix, Amazon Prime etc., to think about, if they really want to expand the ways in which they are experimenting and actually contributing to the art of filmmaking so that they do not lose film lovers (audience and filmmakers) who are searching for alternatives to popular media.