Will Rami Malek win for his portrayal of Freddie Mercury? Find out who is giving tough competition to Lady Gaga now. And whether Roma is still being billed as the year’s strongest contender for Best Picture. CY predicts who will win the Oscars 2019!

Hollywood’s most celebrated awards night, the 91st Annual Academy Awards or Oscars 2019, is all set to take place at the Dolby Theatre in Hollywood, Los Angeles, on February 24. Around 3,400 people attended last year’s show, while 26.5 million Hollywood enthusiasts watched it live on television. And like every year, Indian film buffs can stream the show live early in the morning of February 25 at 07:00 am IST on Star Movies, or on the Hotstar online streaming app.

Many have yet to forget the 89th Academy Award‘s Best Picture blooper when presenters Warren Beatty and Faye Dunaway mistakenly announced La La Land over the actual awardee Moonlight. But the show’s 91st edition has already brought forth many surprises for viewers. The Academy of Motion Picture Arts & Sciences faced backlash from the film fraternity when its President John Bailey announced that awards across the four categories of Cinematography, Film Editing, Short Film, and Makeup and Hairstyling, would be announced during commercial breaks so as to cut short the length of the awards show. But the show will now progress in its traditional format, without any such cutbacks. The 91st edition also threw up a surprise when it was revealed that the show would go host-less, after Kevin Hart stepped down when former homophobic tweets by him resurfaced online, despite his profuse apologies about the same.

Here are our predictions for this year’s award wins, in the most anticipated categories: 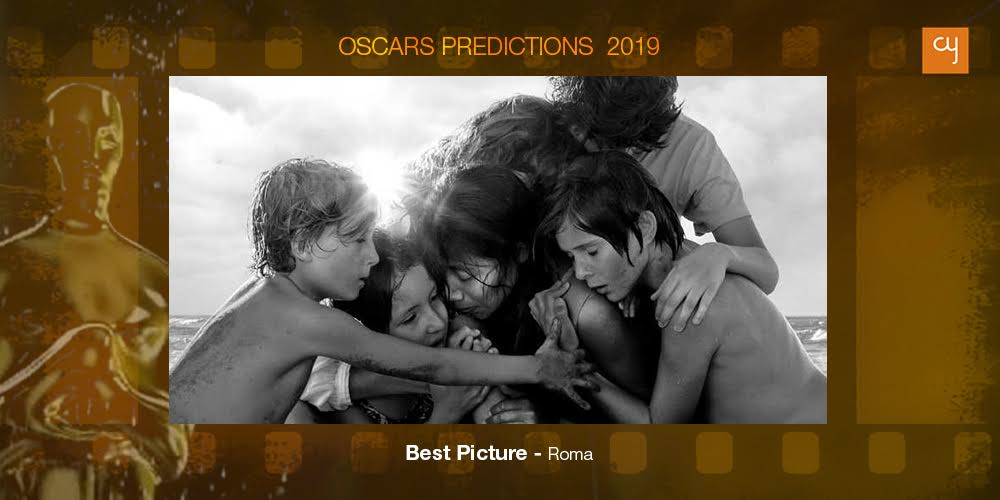 This year might yield Netflix’s first shot at the Best Picture win if Roma grabs the title, which it did at the Critics’ Choice Awards. Alfonso Cuarón’s stirring film progresses flawlessly through the director’s deeply personal lens, exhaling vivid emotions onto the screen through its protagonist. Cleo, a maid who works for a middle-class family in Mexico City, has a jam-packed year full of loss, joy and grief in Roma. Other films nominated in this category are also notable for their epic cinematic moments, like Black Panther, BlacKkKlansman, A Star Is Born, Green Book, Vice and Bohemian Rhapsody. The outlandish black comedy – The Favourite is also a strong contender against Roma. The royal parody with Colman’s extraordinary comic timing makes it an engaging nominee or this year’s Oscars 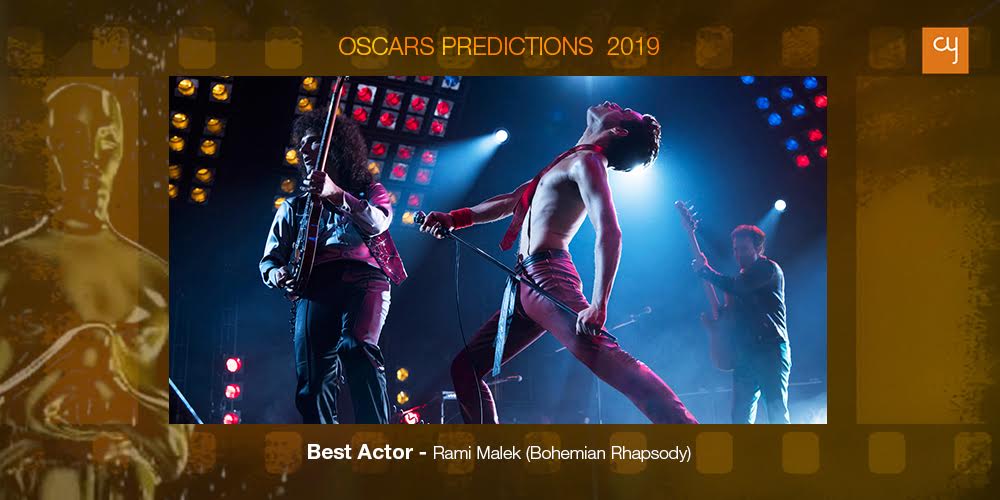 Rami Malek’s crowd-pleasing performance as the lead vocalist of rock band Queen, Freddie Mercury, has an otherworldly realistic feel to it. Even though most of the shots have him sporting a wig and artificial set of teeth, there are no scenes in which he has failed to authentically match the sheer flamboyance and talent of the Brit song composer. Other actors giving fierce competition to Malekinclude, Bradley Cooper in A Star Is Born, Willem Dafoe in At Eternity’s Gate and Viggo Mortensen in Green Book. Christian Bale, the lead character in former American president Dick Cheney’s biopic Vice is also a strong contender for this year’s Oscars. The former Academy Award-winning actor not only transformed himself physically to make himself look apt for the character but also added hilarity in the film through his character’s grotesque personality. 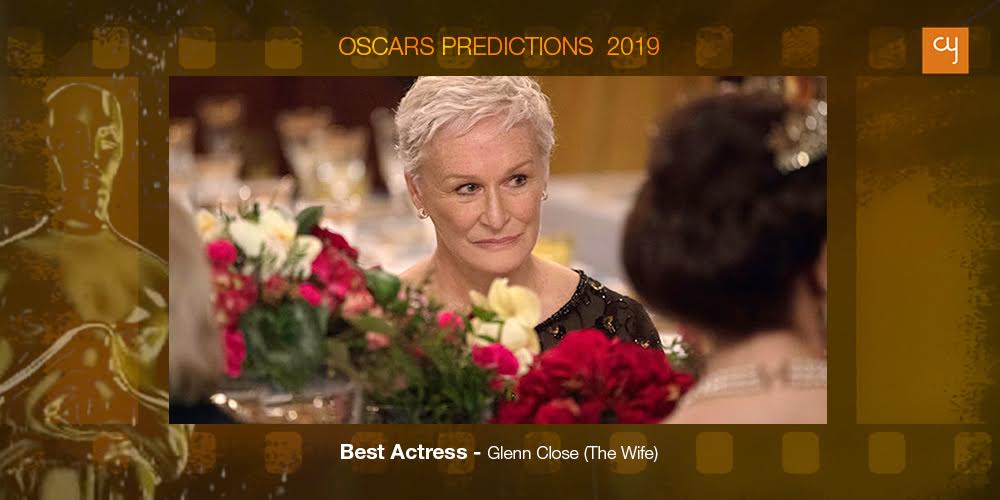 Though Olivia Colman performs brilliantly as Anne, the Queen of Great Britain, in The Favourite; and until last fall, everyone was sure that Lady Gaga would grab the title for her bold performance as Ally Maine in A Star Is Born; most people are now putting their faith on seven-time Oscar-nominated actress Glenn Close for her performance as Joan Castleman in The Wife. Though Yalitza Aparicio’s debut performance in Roma garnered spectacular responses at various film festivals, and so did Melissa McCarthy’s acting prowess in Can You Ever Forgive Me?, it’s tough to match the competition posed by Lady Gaga and Glenn Close this year. The two have already tied for the win at the 24th Critics’ Choice Awards. 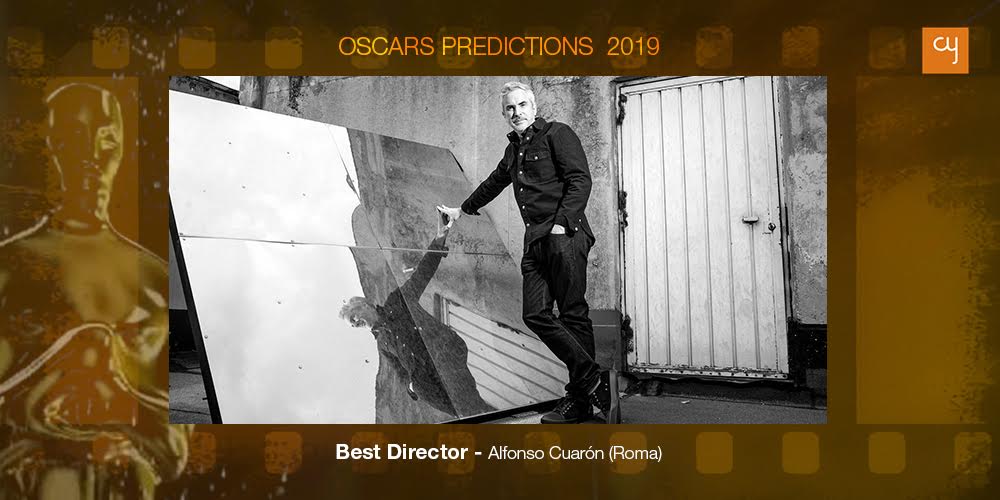 First things first, Bradley Cooper has not been nominated in the category for A Star is Born and neither has Damien Chazelle for First Man! There’s a high chance that Alfonso Cuarón will take home the golden statue for Roma, having already grabbed the title at the British Academy Film Awards and the Golden Globe Awards this year. But the substantial list of challengers includes Spike Leigh for his biographical crime comedy-drama BlacKkKlansman and Yorgos Lanthimos for his historical period drama The Favourite.

February 24 is definitely going to be an exciting day for the film fraternity. Join 2019’s awards marathon and tweet us about who you think will win the biggest titles using handle @CreativeYatra. Let’s dive into Oscars fever!