Rangotsav and Limbo: The Reality is Both Enchanting and Bewildering 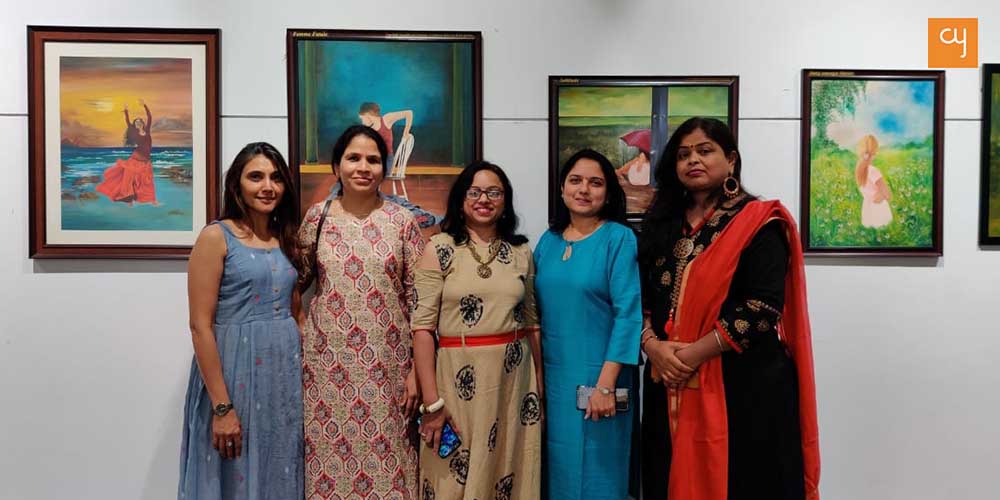 Rangotsav and Limbo are the two new art shows that started at Amdavad ni Gufa and L & P Hutheesing Art Gallery on Tuesday evening. While the first is a group show by five women artists, who have come together from Surat, Gandhidham and Ahmedabad, the second is a solo by Aniruddh Bijoy also from Ahmedabad, who as the new kid on the block makes his maiden appearance with his abstract works. 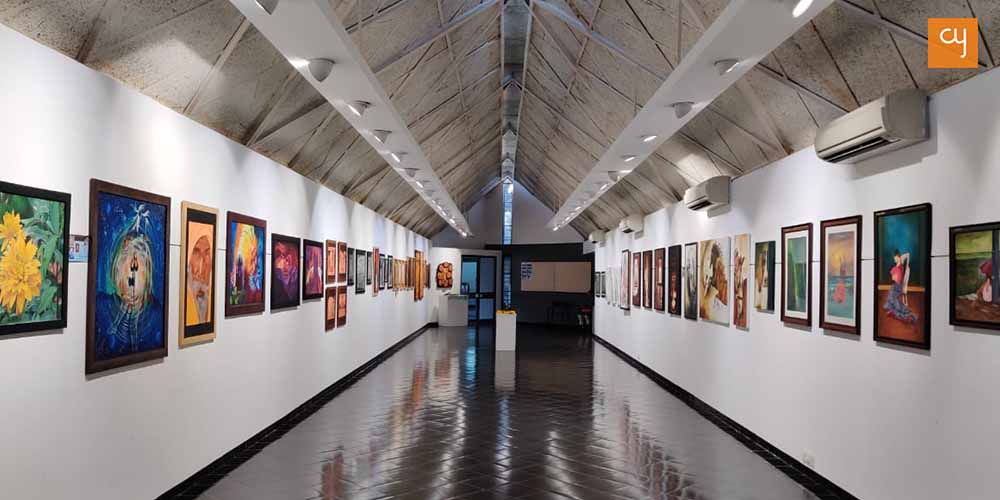 Meaning the Festival of Colours, the show Rangotsav lives up to its name as it showcases the diverse creativity of the group of these enthusiastic women comprising Bhavna Bachkaniwala, Dolly Maheta, Meena Shah, Neha Bhagat and our familiar Amdavadi Vaishali Bhavsar, who naturally and intrinsically bring in a variety of expression on canvas through their individual experiences, travels and emotions gathered by them over time. 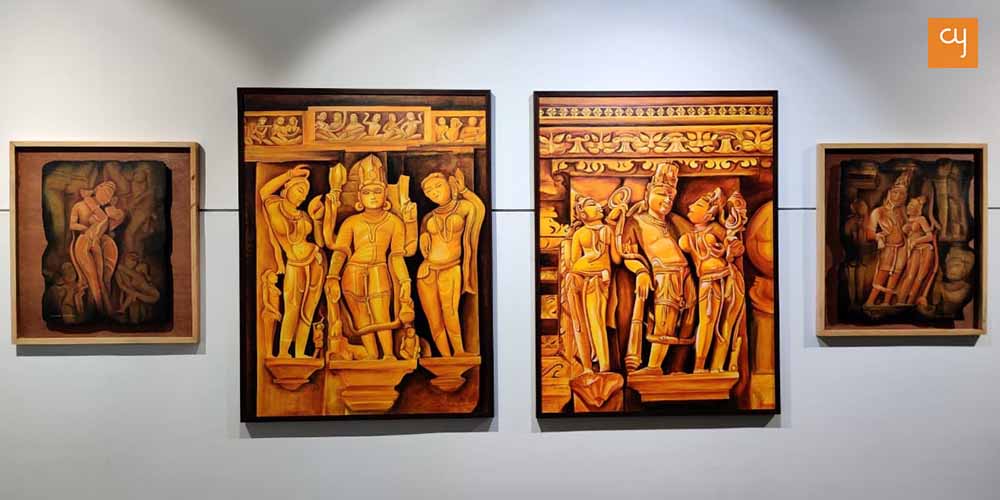 Bachkaniwala, a proud mother and homemaker – something she thinks is the most satisfying and philanthropic of the roles in human life – has dwelt on her fascination with temples of Angkor Wat, rickshaw pullers of Kolkata and also created three interesting outline sketches of female forms. She uses a variety of media for creating her current works as the temple sights in deep perspective and monks with their backs, as if to the materialistic and carnal world, are captured in colours; the tough life of hardworking rickshaw pullers is brought out in charcoal and the sketches in pen and ink; and all of this goes well with the ethos she depicts. 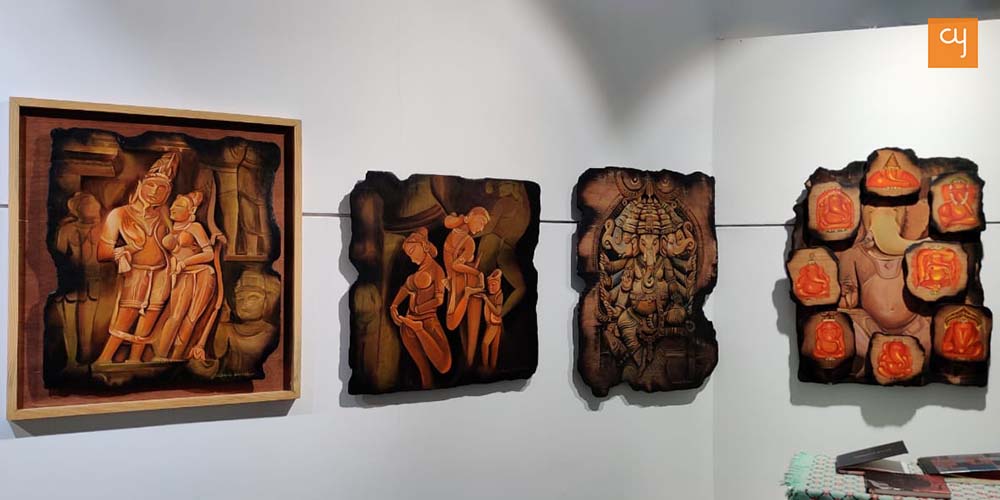 A trained artist with a Diploma in Painting from Amalsad, the soft-spoken Neha offers portraiture and Godly sights inspired by temples of Madhya Pradesh on the realistic side and some other works on the spiritual side for what is her first appearance in a show here. Her portraitures of an old man offer richly layered studies of the frontal and silhouette of the old man from the Gujarat hinterland!

Dr Meena Shah who juggles her time in the clinic and her passion also dwells on the rural life as she showcases works rooted in the hinterland, depicting men and women engaged in daily chores or going about their routines. Fortresses and the desert also form the theme of her landscapes which is attributable to her ancestral roots in the desert state even as she was herself brought up in Mumbai and shifted base to Surat following her marriage.

Vaishali Bhavsar is showcasing her series based on and inspired by the famous Khajuraho Temples, also of Madhya Pradesh. She uses canvas as well as plywood as a surface for her works which are done in shades of brown to recreate the original aura of Khajuraho sculptures in the sandstone of pale buff, golden yellow and brown hues. Her works also include the God of the auspicious in Hindu life, Lord Ganesh, with a Panchmukhi version. Another work with Asht-Vinayak forms is superimposed in red on the periphery of a bigger work forming the base for the former. Vaishali’s engineer daughter has also joined with three of her pen and ink drawings.

Dolly Maheta provides interesting insights into graceful femininity and more about women with her colourful and expressive works depicting the significant half representing shakti and strength in our lives. One of these works is interestingly titled Femme Fatale which perhaps roughly corresponds to triya charitra in the Indian thought! Maheta is also showcasing richly detailed and eye-soothing landscapes in her section. 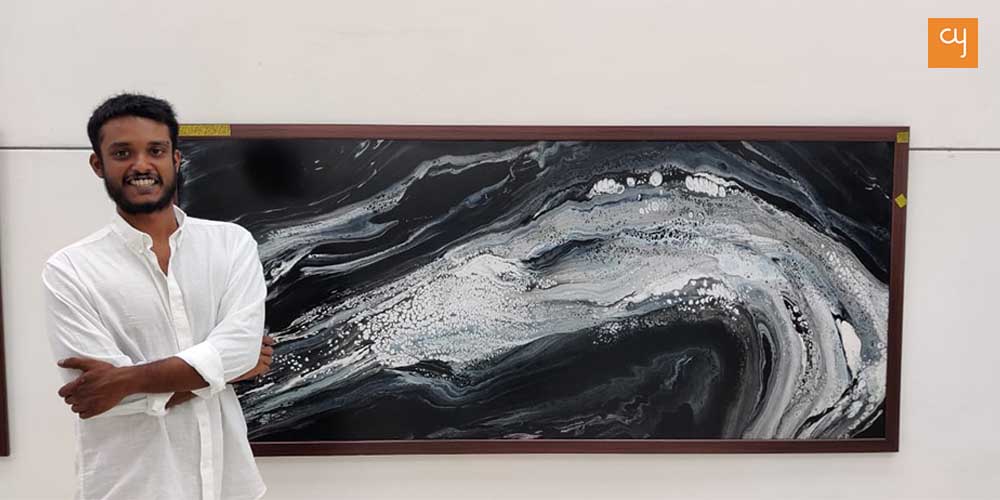 Young Aniruddh Bijoy’s maiden show coinciding with his birthday (Oct 22) in the adjoining gallery at Hutheesing Centre was opened by a number of special guests invited from the realms of education, performing and visual arts. That, the invite says was in keeping with the penchant of the artist-in-making on both sides, something again running in his genes a la his father B Shivram. 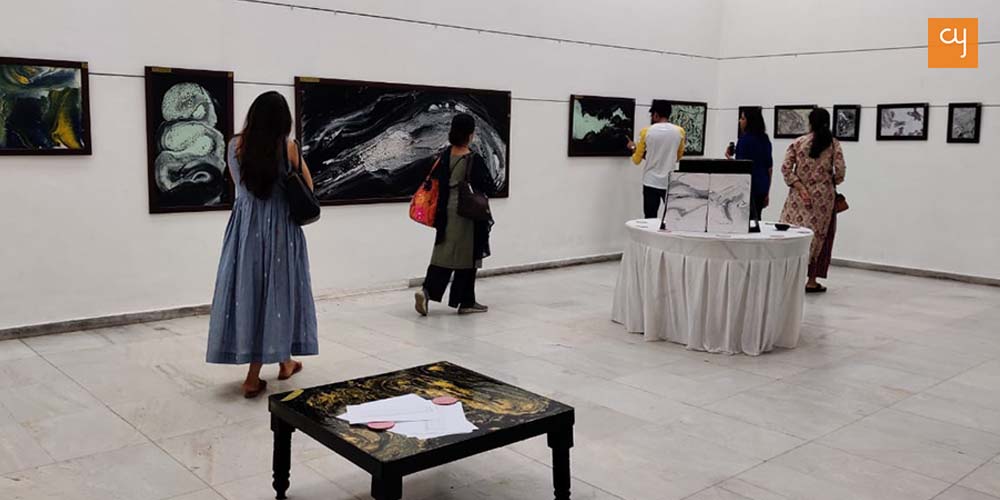 Aniruddh is at his best in creating the mystical and abstract forms, which effort is supplemented aptly with unique but speaking titles given to these works, namely Abyss, Encounter, Confluence, Mirage, Arcadia, Sublimity, Rapture, Serenity, Synergy, Spectre, Euphoria, Chaos, Oblivion and more. 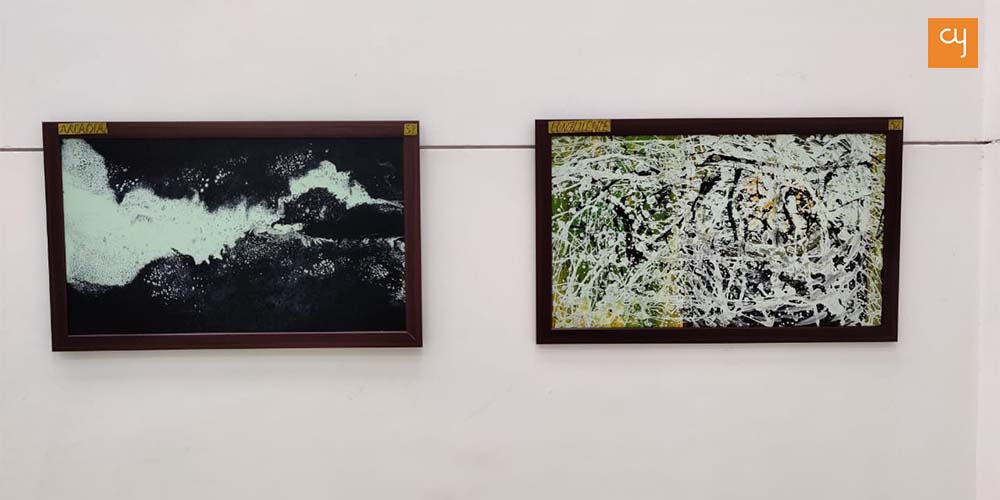 The works seem to bring out a certain existential restlessness and quest of the young mind that is trying to relate to the life emerging all around. The titles give out a sense of inquisitiveness and wonder to the unfathomable and varied infinity and the eventual belittlement and astonishment that become overpowering and must lead in the end to surrender, bordering also perhaps on a state of limbo and confusion that might set in, in all of us vis-a-vis the vastness of the cosmos that surrounds us. 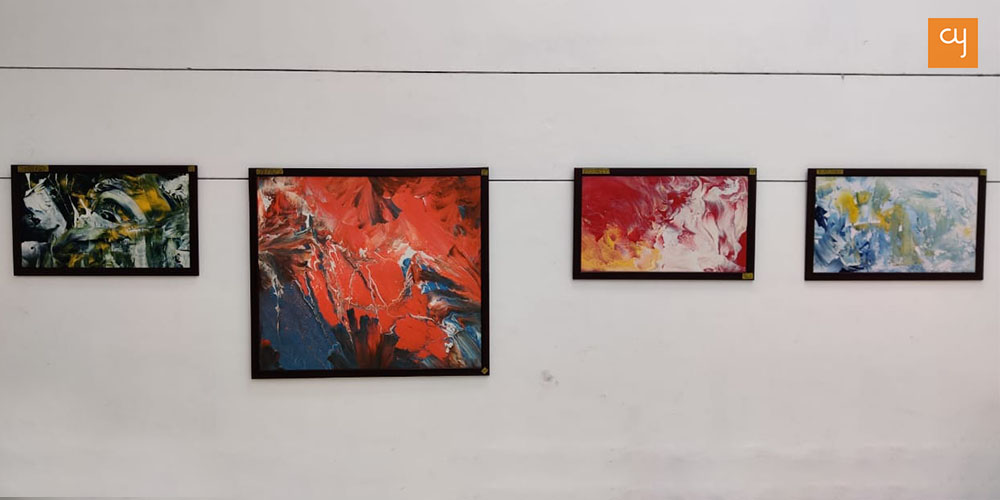 Good shows to go to, Rangotsav is on till next Sunday; check out the schedules for Limbo from the venue.